Following the August rush comes the quieter month of September, when the days are still long and the evenings balmy. As the milder temperatures start to set in across Europe, whilst the post-lockdown crowds have already emptied out, here’s our pick of shoulder season hotspots where summer isn’t over just yet…

Picture-perfect cliff-top villages with colourful cupolas and fuschia flowers climbing up white-washed walls, impossibly blue water at its warmest after several months of scorching sunshine, the Greek Islands still enjoy the best of golden hour with temperatures averaging between 20-25ºC in September.

Soak up the Santorini sun on a daybed next to the pool surrounded by the scent of wild flowers and bougainvillea at Aressana Spa Hotel and Suites.

Spend the day on the sundeck at Boheme Hotel overlooking the Aegean Sea, cooled by the Cycladic breeze after wandering the windmill-lined coast of Mykonos. 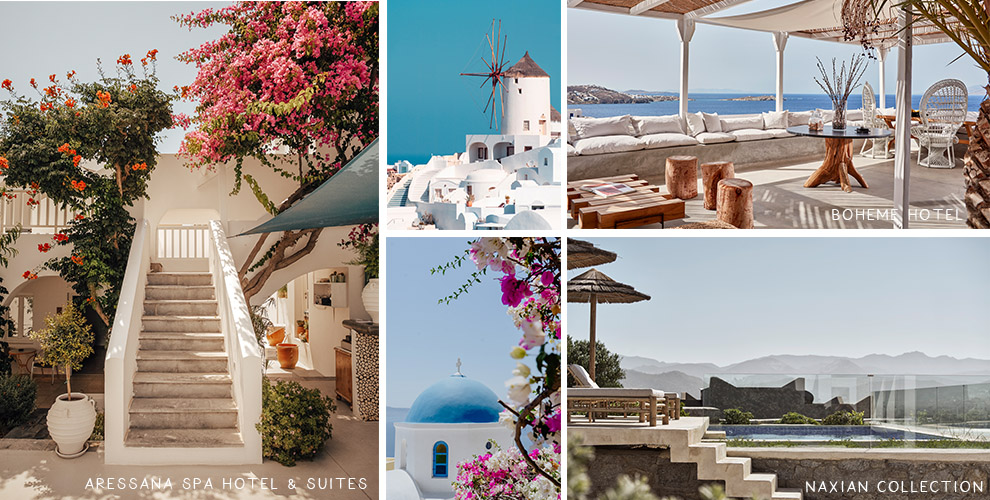 Hide out in the hundreds of cove beaches – or calas – along the rugged coast of Ibiza, which is still white hot in September with highs of 28ºC during the warmest part of the days. Also coming in hot with highs of 27ºC is the Mediterranean island of Mallorca, with its cliff-fringed coastline, white sandy beaches, and long stretches of countryside dotted with olive trees and citrus groves. For the brightest blue seas you’ll see this side of the Indian Ocean, opt for Formentera, the smallest of the Balearic Islands – also with averages of 27ºC during the day.

Nobu Hotel Ibiza Bay is the place to see and be seen, with all the grown-up glamour of the White Isle with its laid-back luxury aesthetic.

To experience Mallorca in all its rugged coastline glory, the converted 19th-century fortress turned boutique hotel Cap Rocat overlooks the Bay of Palma, with its own private rock cliff beach offering direct access to the sea, jetty and salt water pool.

For more of a Mallorcan countryside retreat, while the days away beneath cypresses and lemon trees at Finca Serena.

Relax in the comfort of your cabana on one of the best stretches of sand on Formentera at Gecko Hotel & Beach Club, or re-balance with the hotel’s resident yoga guru in a morning seaside session. 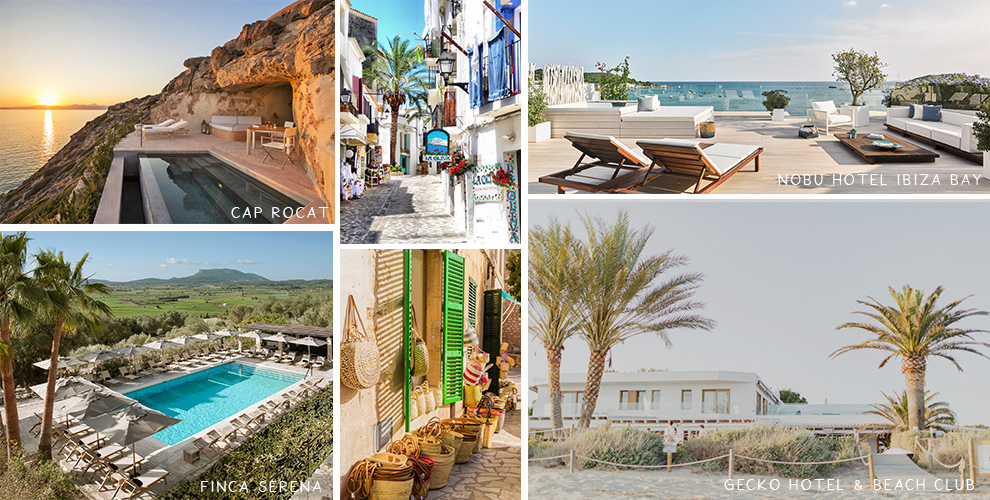 Nestled between Europe and Africa, the largest island in the Mediterranean is full of dramatically located cliff-top villages, gently faded baroque buildings, cultural treasures, wild beaches and brooding volcanoes – not to mention the best blend of East and West cuisine. With average highs of 26ºC during September, there is still plenty of sunshine and blue skies to be enjoyed at more pleasant temperatures on Sicily and its surrounding islands.

To immerse yourself in Sicilian culture, as well as the landscape, stay at the 200-year-old farmhouse Susafa, now a family-run rustic boutique hotel. Help with the olive harvest from the middle of September onwards, which is pressed for the hotel’s own organic oil.

Castaway on Italy’s undiscovered Pantelleria Island, where the Tunisian coast is visible on clear days and the land is characterised by volcanic activity. Sip on passito – the honey sweet local dessert wine – by the pool at porcelain-white dammuso Sikelia. 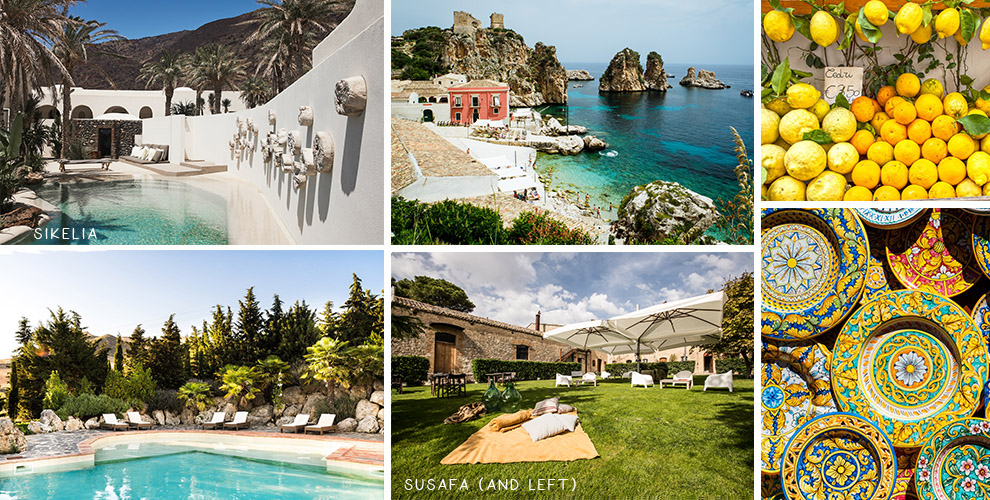 With its secret golden shores, fortified citadels, rolling vineyards, and more than 1,200 islets, Croatia is not only one of the most temperate destinations in Europe during September (with highs of 24ºC) but also one of the safest Mediterranean countries to visit this year – as one of the countries exempt from UK quarantine rules.

For some of the best views of Dubrovnik old town, and just a short stroll away from the ancient east gate, Hotel Excelsior Dubrovnik is as rich in history as it is close to it – made up of an original 1913 royal villa and a sleek contemporary wing.

In prime position beside the glamorous superyacht marina, D-Resort Šibenik glimmers with glass walls for spellbinding Adriatic views. Keep things secluded with an Exclusive Villa and spend the day beside your private pool, or step aboard the hotel’s own boat to explore the cerulean seas and red coral of the Kornati Islands.

The charm of medieval Istria meets pared back luxury at San Canzian Village & Hotel, perched up on the Croatian peninsula near Buje in the medieval village of Mužolini Donji. Take your taste buds on an adventure by joining a truffle hunting expedition in the nearby forests – hunting season starts from mid September.

Set between the Čikat forest and the shimmering sea, Boutique Hotel Alhambra has a prime position on Lošinj Island. Just a few steps down from the promenade leads you to the hotel’s private beach, with stylish sun loungers and parasols. Get a taste of the Mediterranean in the hotel’s award-winning restaurant, with ingredients sourced from local artisan producers accompanied by sommelier-selected wines. 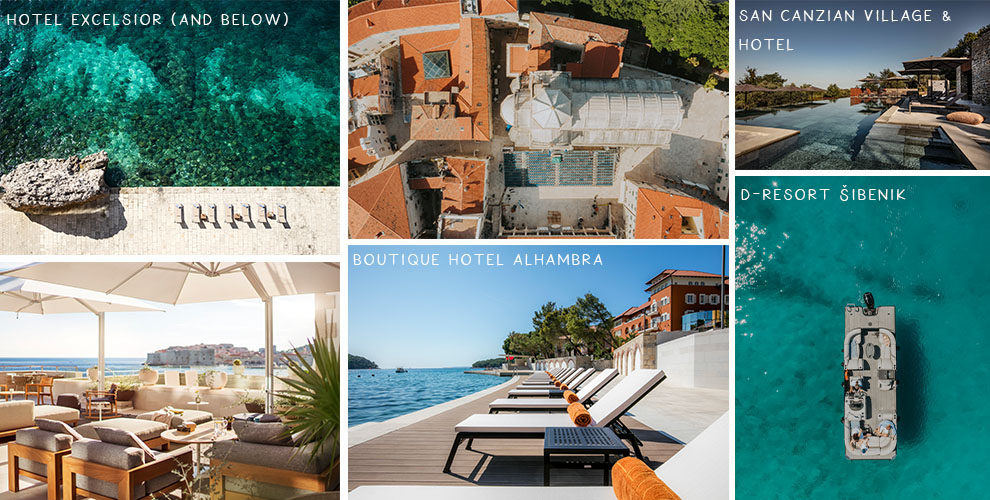 With the grape harvest in full swing, September is one of the best times to visit Portugal‘s many wineries, and enjoy sightseeing its red-cliffed coastline and idyllic whitewashed Moorish villages at more moderate temperatures of 19-26ºC. The sunniest spots are down south, dotted along the impossibly blue waters of the Algarve coastline.

With its dusky pink walls adorned with domes and statues, Pousada Palácio de Estoi is a Rococo palace bathed in Algarve sunshine.

Unwind on the sugar-white sands of Carvalhal Beach, renowned as one of the country’s best beaches – just a short shuttle ride away from Quinta Da Comporta – Wellness Boutique Resort, where each room has a luxurious beach hut feel, with rustic-style furniture drawn from a natural colour palette.

Just 40 minutes from Porto, Carmo’s Boutique Hotel is wonderfully placed to discover the traditions, cultural heritage and architecture of the beautiful Minho region of Portugal – and a number of the rooms have views across the Lima River Valley. 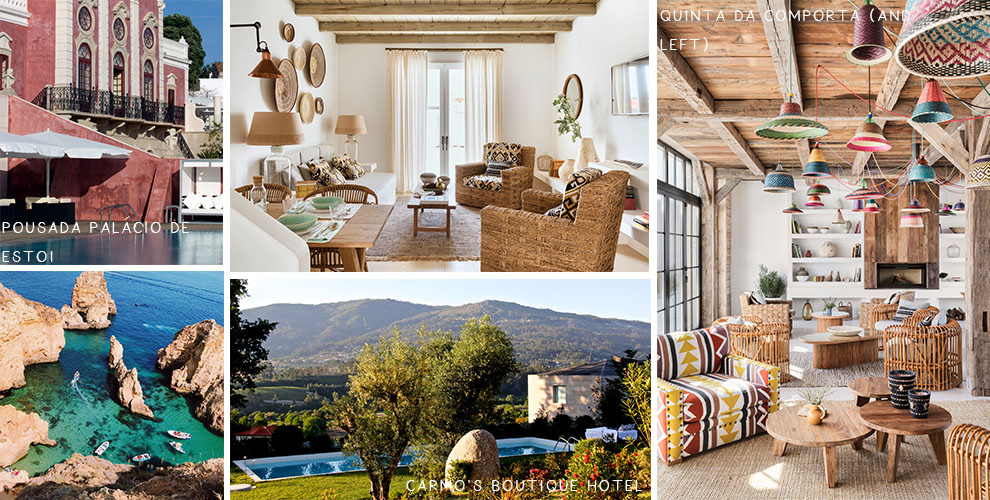