See Scotland’s most beautiful city in all its Medieval, Gothic, and Georgian glory

Charming cobbled streets brimming with independent shops, quaint cafés, artisan markets, and tucked-away treasure troves of antiques. Row upon row of grey-washed Georgian townhouses, sitting prettily along picturesque crescents and well-kept gardens. All set between rolling countryside and a windswept, sandy seaside, overlooked by an 11th century castle. With its Medieval Old Town and elegant Georgian New Town, Edinburgh offers the best of both worlds for a UK city break packed with culture and character. 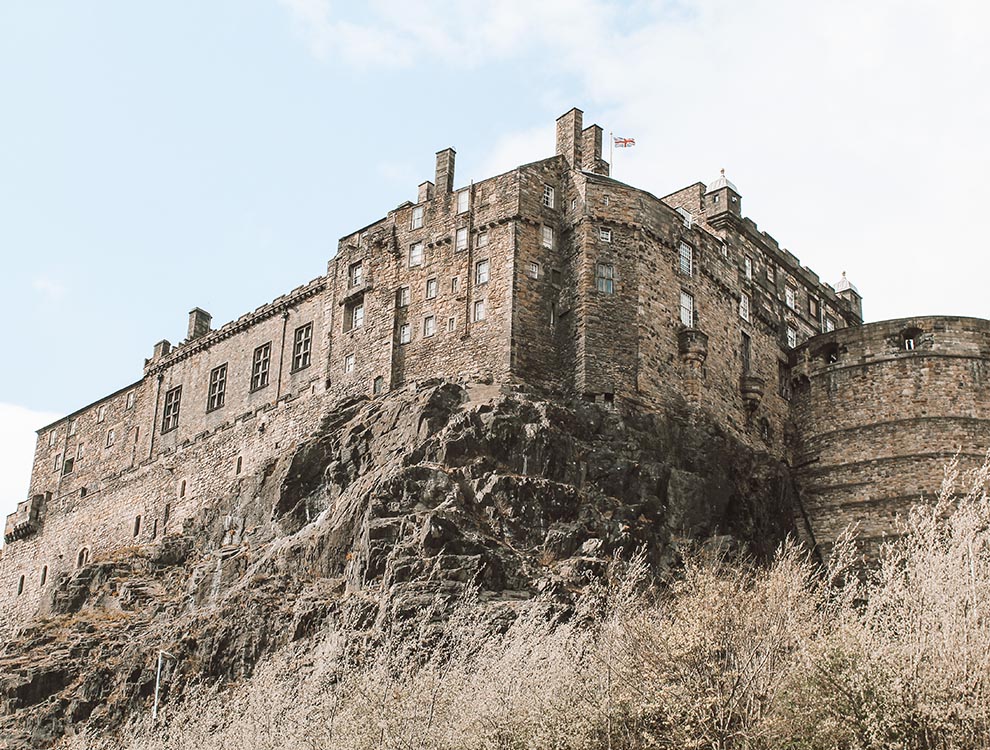 Edinburgh Castle: Dominating the capital’s skyline from its prominent position on Castle Rock, this historic fortress sits at the top of the Royal Mile, a popular Old Town street lined with Scottish souvenir shops which links the castle with Holyrood Palace. This is the place to pick up shortbread, fudge, and whisky before heading down to Grassmarket for an alfresco drink in what used to be the city’s main livestock market square.

Princes Street: Home to a long list of high street stores, this main thoroughfare is the equivalent of London’s Oxford Street, but comes with breathtaking views of the castle as you wander along and window shop. Running parallel is George Street (think London’s Bond Street) its stylish sibling with more upmarket shops if you’re looking to splurge. 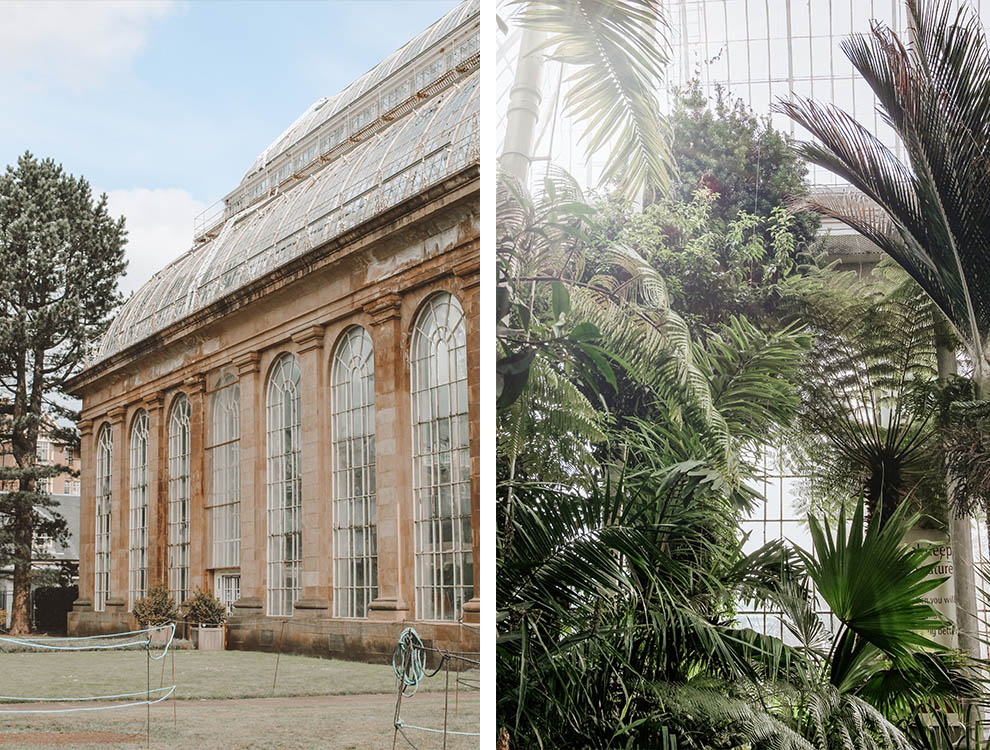 Royal Botanic Garden Edinburgh: An urban oasis of over 70 acres just outside the city centre, discover thousands of plant varieties in one of Edinburgh’s most tranquil settings. While access to the gardens is free, there is a small cost if you’d like to step inside one of the striking Victorian glasshouses filled with ancient palm trees and exotic flowers.

Calton Hill: The panoramic views from Edinburgh’s Acropolis are well worth the climb, where you’ll have a front row seat to the city’s major landmarks along with a collection of historic monuments on its hilltop, including a Parthenon-inspired set of twelve columns and the Greek temple-styled City Observatory. 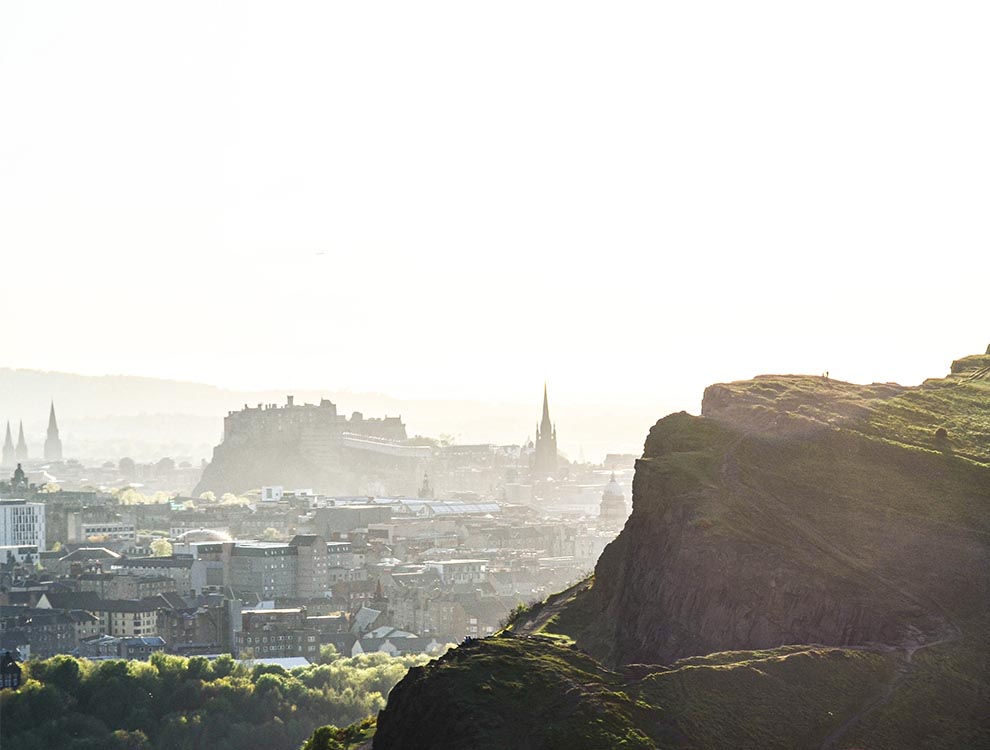 The peak of Arthur’s Seat sits over 250 metres above sea level.

Arthur’s Seat: For a back-to-nature experience just a mile from the city centre, save the scenic hike up this ancient volcano for a sunny evening to watch the sun set over Edinburgh and the North Sea.

…and a longer look at Edinburgh’s lesser-known spots 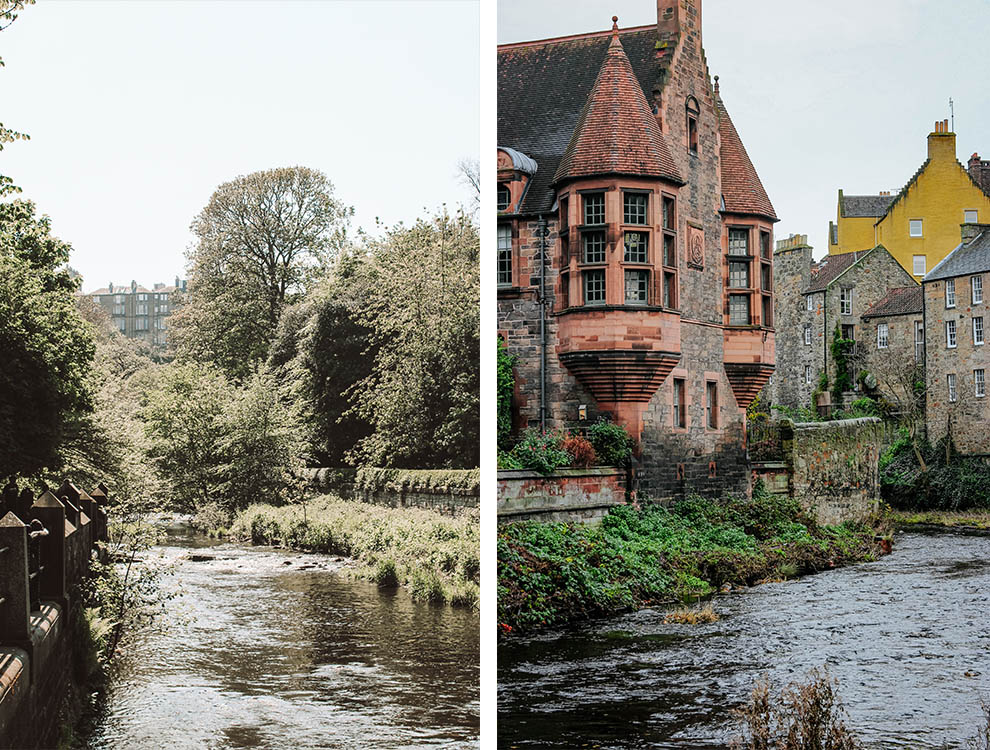 Dean Village on the Water of Leith.

Make time for a stroll down to Dean Village, a photogenic pastel-coloured patchwork of 19th century buildings and bridges set along the Water of Leith. Historically this was where 11 water mills once stood, remains of which can still be seen in the mill stones and stone plaques decorated with baked bread and pies dotted around the village. Art lovers can also browse exhibitions in the Dean Gallery and the Scottish National Gallery of Modern Art just a short walk away. 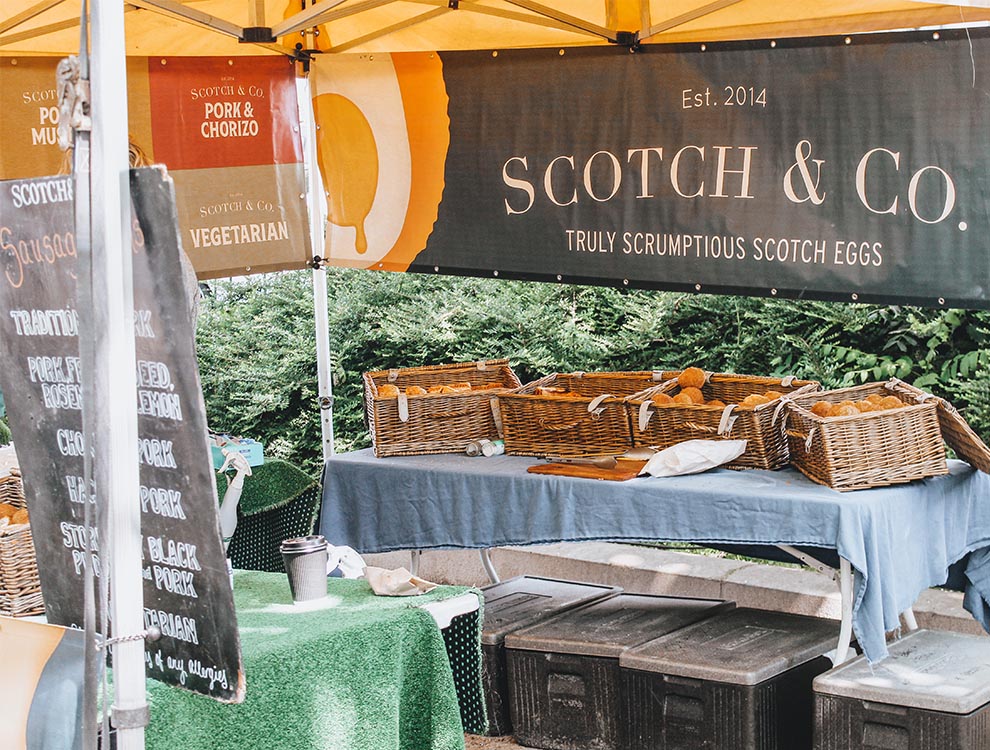 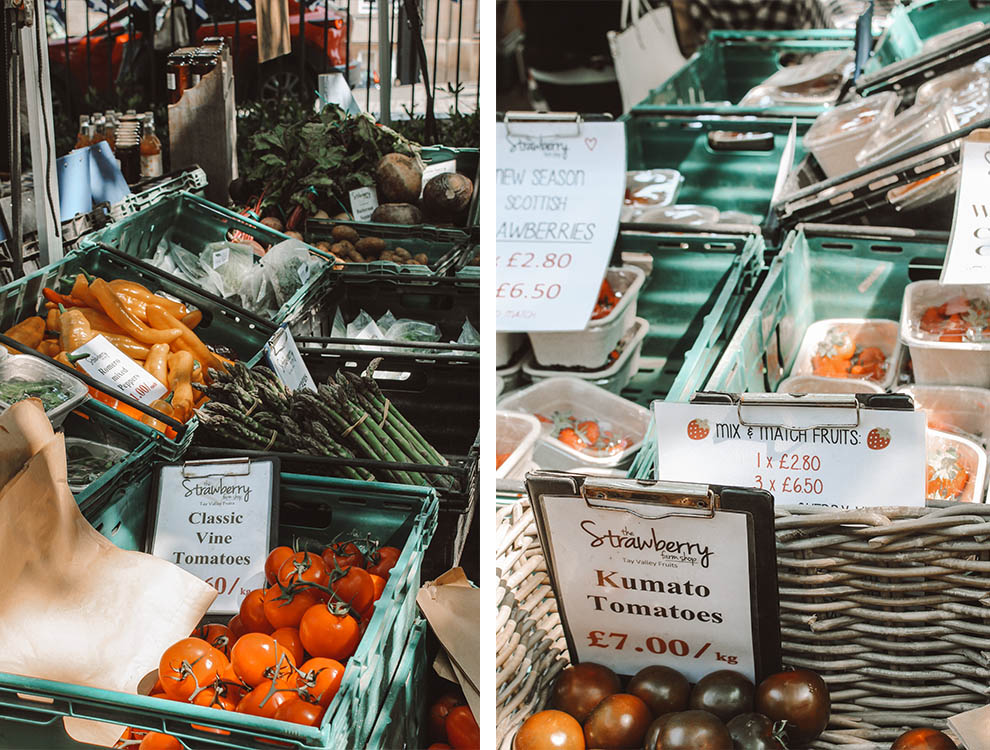 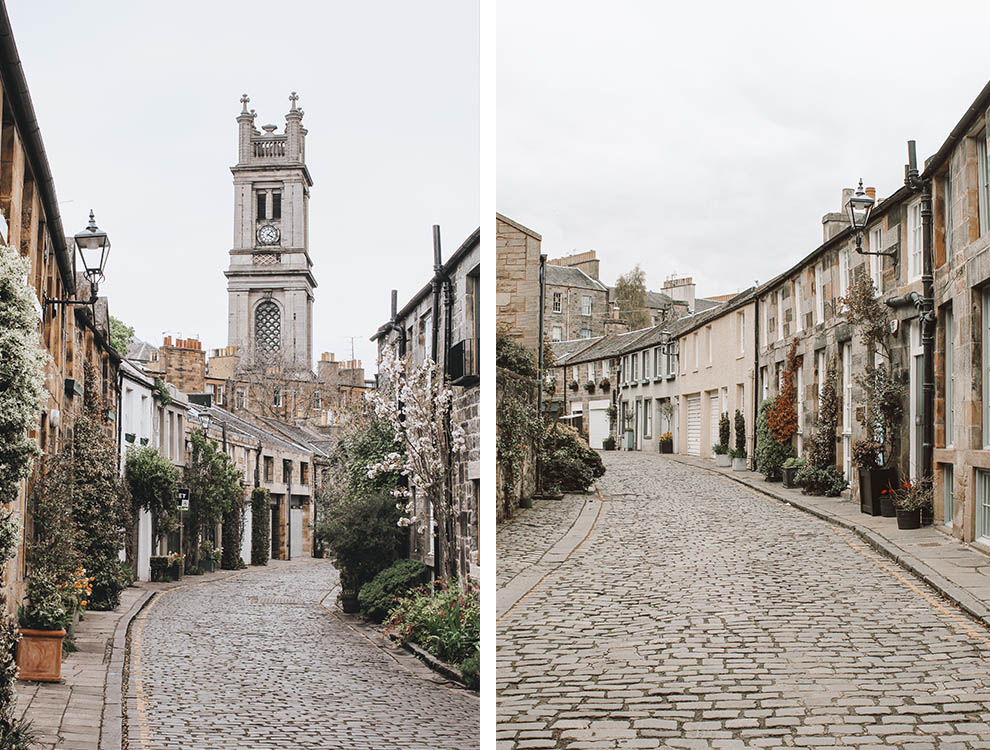 A 15-minute meander through the Dean Gardens will take you to Stockbridge, a vibrant area of the city with a village vibe and a local hotspot for organic delis and stylish gastropubs. If you’re visiting over a weekend, be sure to head over to the Sunday farmers’ market to pick up some Perthshire preserves and a bag of Scotch & Co’s Scotch eggs. In the shadow of the Saint Stephen Church clock tower lies Circus Lane, a magical residential street of terraced mews houses with colourful front doors and hanging baskets of flowers – deservedly one of the city’s most photographed spots.

Often overlooked as a coastal city break, Edinburgh boasts a white sandy beach just a few miles from its centre. The one-hour walk to Portobello can be taken through Holyrood Park, skirting Arthur’s Seat and Duddingston Loch before entering the namesake village, a rural hideaway of wisteria-covered cottages and clusters of 12th century buildings. The two-mile stretch of seaside is dog friendly, and lined with striped deck chairs to enjoy an ice-cream or slice of artisan pizza from one of the several cafés on the promenade.

What – and where – to eat in Edinburgh

For a pint in one of Edinburgh’s oldest surviving watering holes, the beautifully restored Sheep Heid Inn has characterful corners aplenty where diners can tuck into an impressive array of hearty dishes. Their trio of Sunday roasts are somewhat legendary amongst the locals, while the Lemon Meringue Flamed Alaska is what dessert dreams are made of.

For dinner with a view…

Reward yourself after the Calton Hill climb with an all-natural feast at The Lookout, which serves up sumptuous skyline views through floor-to-ceiling windows alongside a seasonal tasting menu. There’s even a picnic pick-up service with a spread of handmade classics with a twist (think wild venison and smoked salmon sandwiches). Meanwhile, the laidback atmosphere and surprisingly affordable menu of The Outsider comes with candlelit castle views – just ask for one of the tables in the window for the best seats in the house. 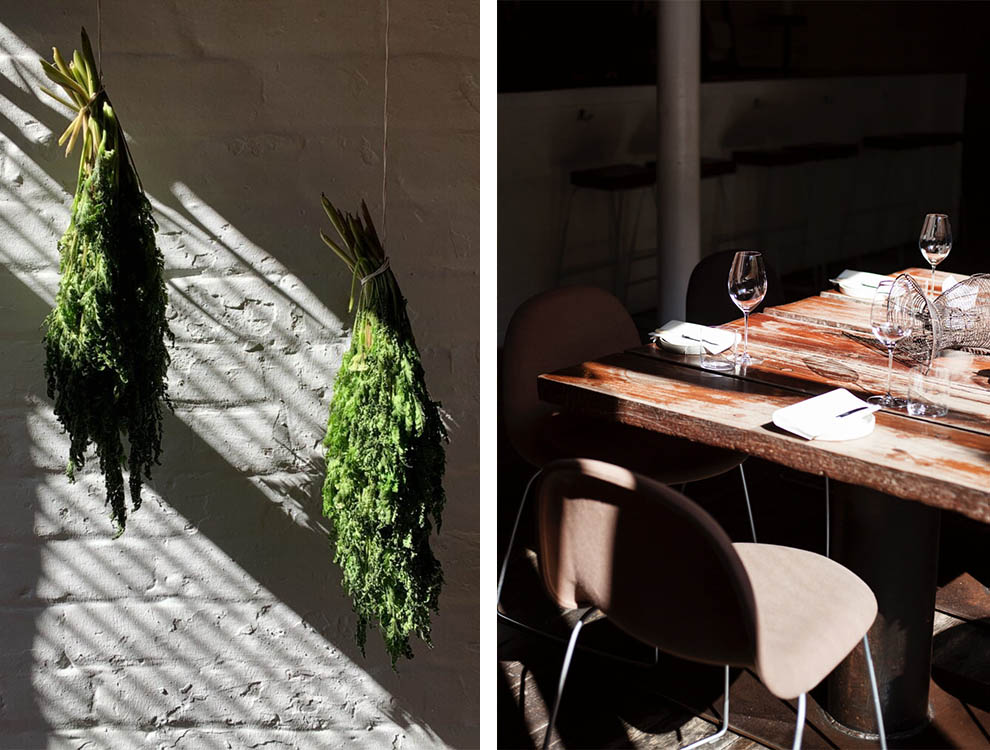 The best places are often those which you’ll only find if you know where to look. Hidden behind an unassuming red door just off Grassmarket is Timberyard, a family-run restaurant housed within a moodily-lit authentic brick warehouse. Championing seasonal fare sourced from small, local suppliers, the Radford family also forage, cure, and pickle many of the ingredients on their homemade menu. Expect Nordic flavours and fresh-as-you’ll find simplicity in an industrial chic setting.

The queue for the cotton-candy coloured Mary’s Milk Bar has been known to extend well beyond Grassmarket on a sunny day, so delicious is the handmade gelato here. Made on-site each morning, the flavours change daily so be sure to check their Instagram for that day’s offerings. 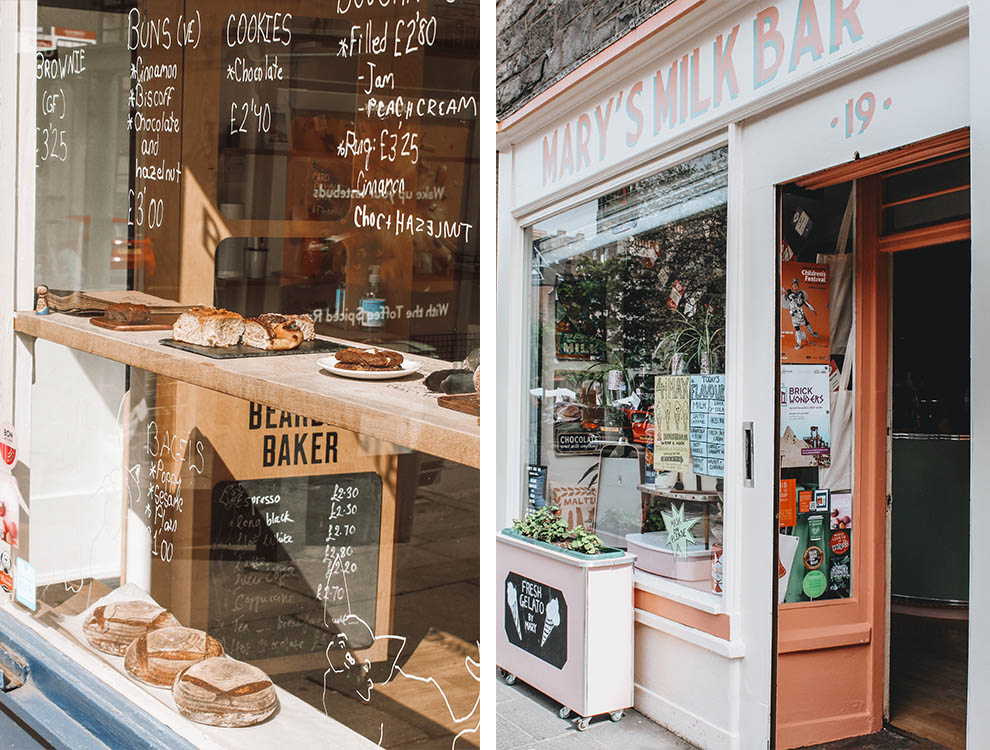 There is no shortage of independent bakeries overflowing with freshly prepared pastries in Edinburgh, but we’d be lying if we said we didn’t have our favourites. For authentically Swedish goods like open sandwiches and cardamom buns, head to one of the seven Söderberg bakeries around the city. In Stockbridge, the made-from-scratch bagels at The Bearded Baker sell out almost as soon as they hit the shelves, while the signature coffee and daily-changing doughnuts at Room and Rumours are the perfect treat for the train journey home, located just around the corner from the Market Street entrance to Waverley Station.

Georgian grandeur and Victorian vivacity: where to stay in Edinburgh

When it comes to boutique hotels in Edinburgh, it’s a choice between two sets of trendy twin townhouses: 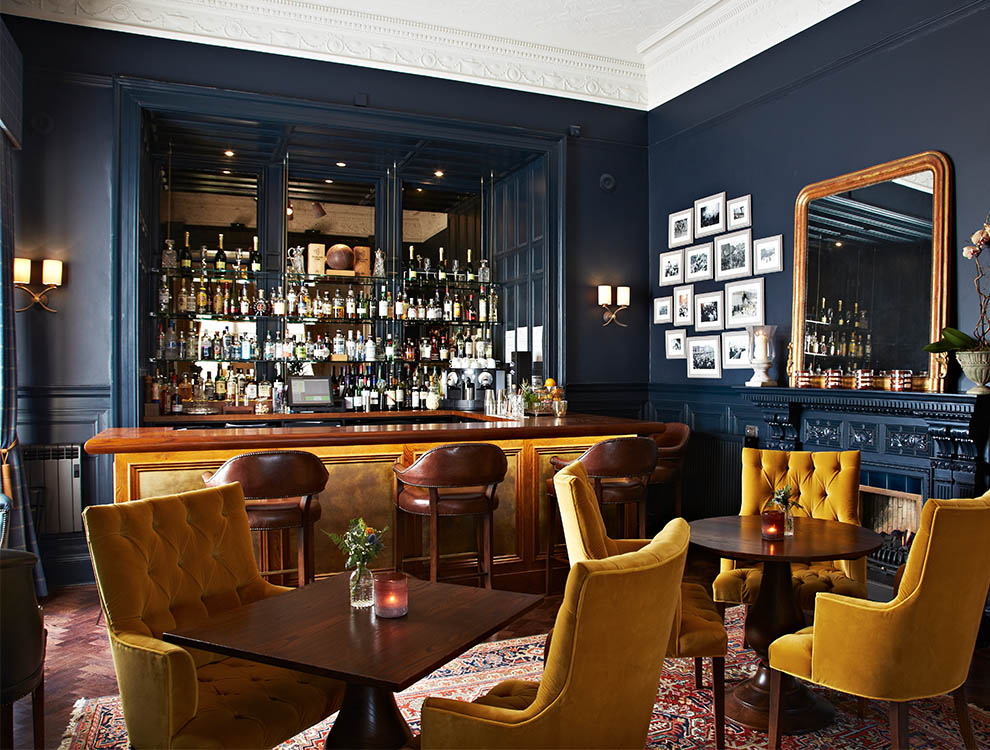 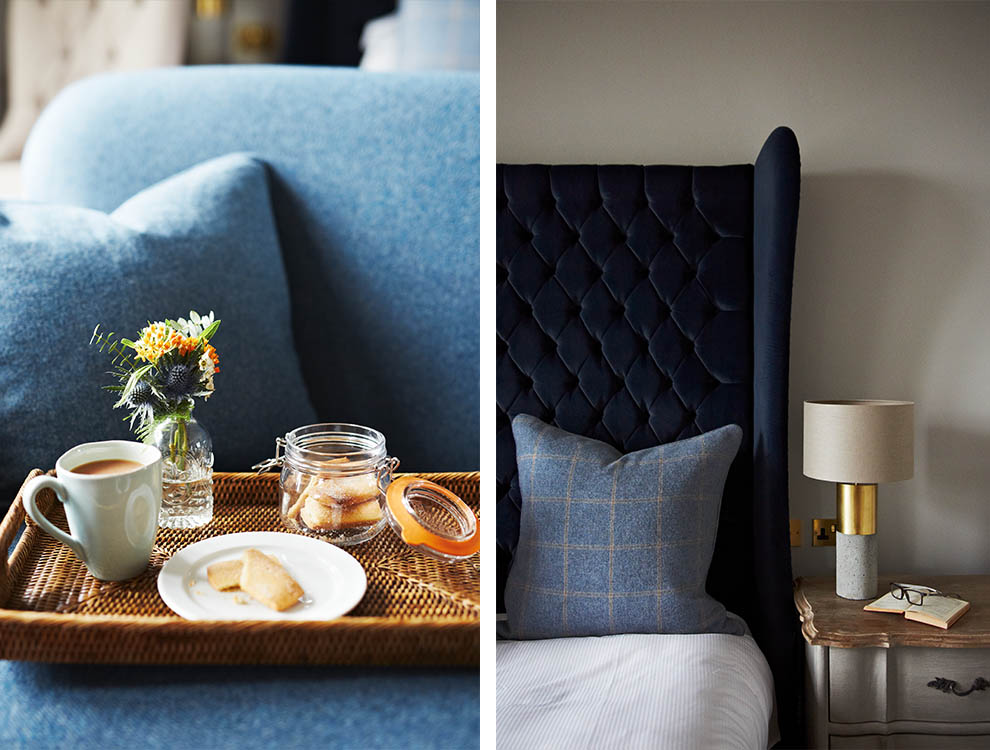 The Dunstane Houses…Two meticulously restored Victorian townhouses – just across the street from each other with complimentary parking – come together to create a homely haven of freestanding bath tubs and heritage tweeds, blending the natural beauty of the Orkney Isles with the neoclassical design of Old Town Edinburgh. Four-legged friends are welcome to stay in selected rooms at Hampton House, while grown-ups will be spoilt for choice at the Ba’Bar, where you can sample some of the finest spirits in Scotland from the vintage whisky cabinet and extensive gin menu.

Nira Caledonia…Bright and airy suites flooded with light from floor-to-ceiling sash windows await guests staying within the eclectically-filled walls of these twin Georgian townhouses, perfectly positioned in the heart of Edinburgh’s New Town. 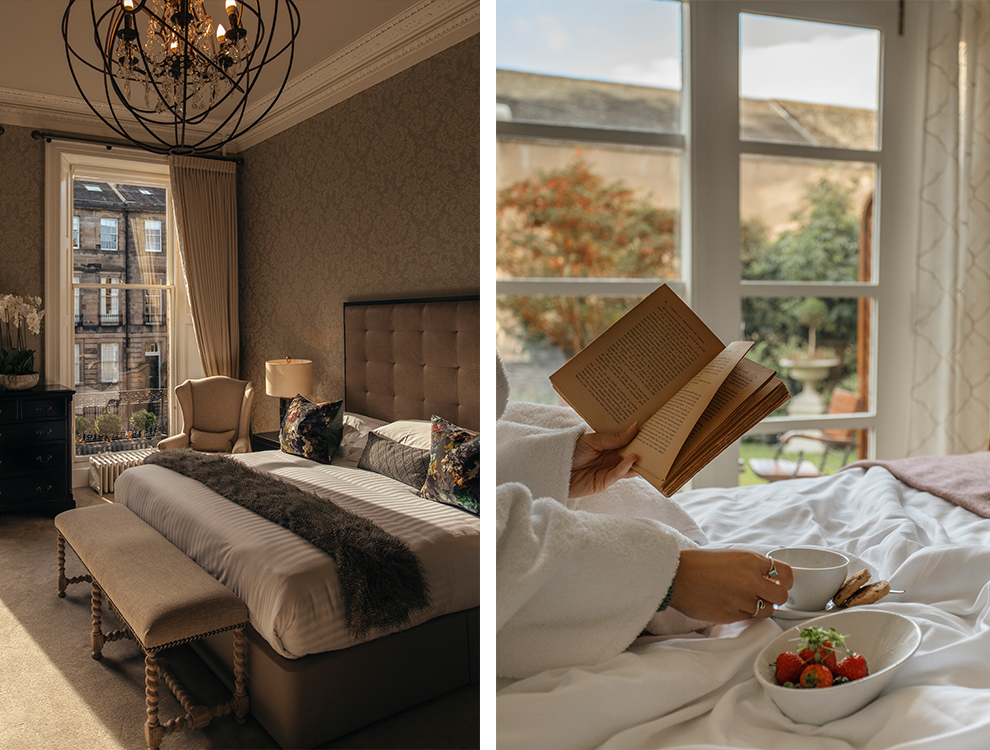