Filled with historic traditions, symbolic rituals and superstitions, welcoming in the New Year has always been a reason to celebrate across different parts of the globe. Expect food, fireworks and plenty of fun wherever you go. But if you fancy experiencing something a little out-of-the-ordinary, here are five top places that promise an unforgettable New Year’s Eve.

1. Italy throws out the past – along with the pots and pans

You might want to wear a hard hat when midnight strikes, especially in Naples. Removing the old year’s ‘evil spirits’ sees Italians chucking all kinds of unwanted household items and clothes out of their windows.

Sitting down to a ‘massive dinner’, or cenone, is a family staple across the country. Symbolising wealth and abundance, most restaurants, especially in Rome serve green lentils and meaty, fatty sausages, sliced to resemble coins.

Visit Venice and its romantic side makes itself felt on New Year’s Eve. The ‘Bacio di Mezzanotte’ spectacle invites you to join a collective kiss with other revellers as the first fireworks blast over the canals. 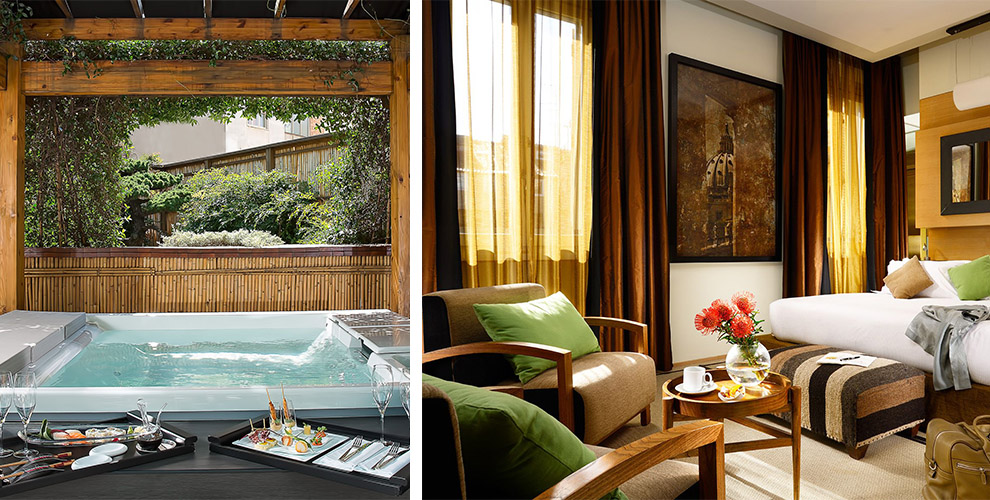 With views across to Mount Vesuvius, Romeo Hotel, provides a luxurious Naples base. When in Rome, Babuino 181 is your discreet retreat at the classical heart of the city.

2. First-footing and fireballs are all the rage across Scotland

You can’t miss Hogmanay in Scotland when a deep, patriotic fervour sweeps over the nation. As night falls, people parade through Aberdeenshire swinging giant fireballs hanging on poles – representing the sun’s purification of the coming year. Remember too, if you’re the first to enter a person’s home on New Year’s Day, the ancient ‘first-footing’ ceremony means you should bring good luck gifts with you such as coins, salt, coal, bread and whisky for prosperity and long-life. 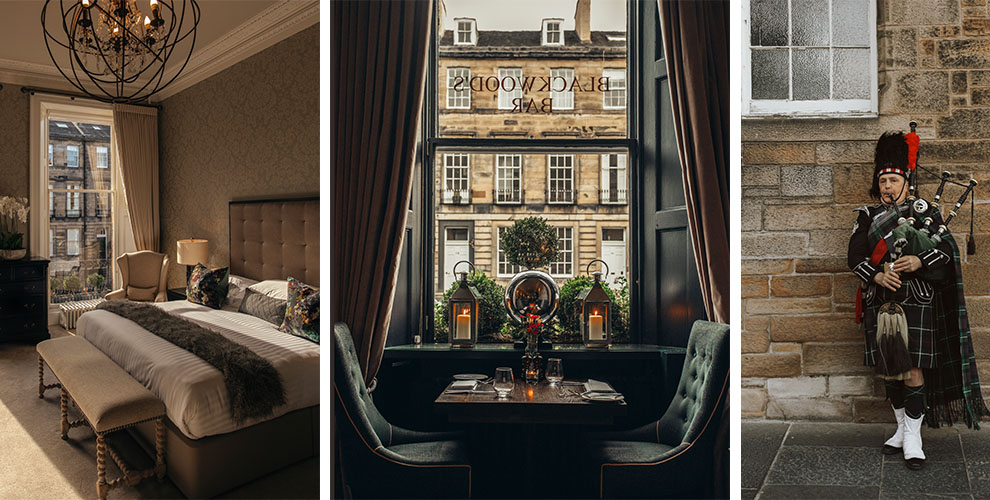 Book yourself into the peaceful Georgian splendour of the Nira Caledonia hotel and be only minutes away from Edinburgh’s New Year high jinks.

In Greece, New Year’s Eve is considered a very auspicious time. Cafés and taverns stay open late as locals of all ages play cards, dice, board games and the state lottery. And families demonstrate their hospitality by setting an extra place at the dinner table for anyone who might join them.

As you step inside, you might notice pomegranates on the front door. This symbol of rebirth forms part of an elaborate ritual when, moments after midnight, the first family member to come back into the house grabs the fruit and smashes it against the door. The more seeds that fly out, the more luck for everyone. 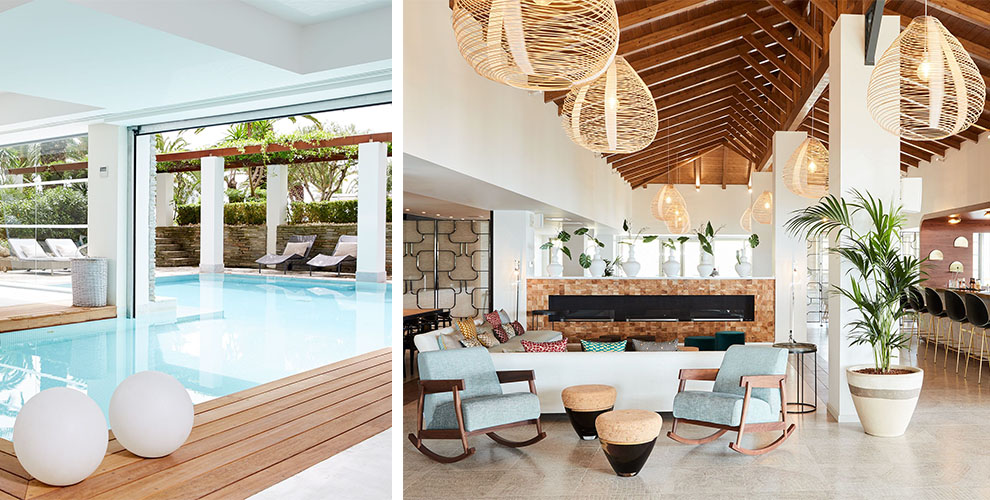 Sparkling blue Aegean Sea with bubbles all round at midnight? Toast the New Year from your private heated pool at Eagles Villas in Halkidiki.

4. 12 grapes at midnight and Mexico’s other colourful rituals

¡Feliz Año Nuevo! New Year’s Eve in Mexico kicks off with a Christmas-like meal, except instead of turkey, expect to feast on traditional Bacalao made from dried salted cod cooked with olives and tomatoes. After plenty of sparkling wine, fireworks and music, you might still be up for the curious custom of eating 12 grapes in 60 seconds. Each grape represents a wish for the coming year.

It’s also considered lucky to wear certain colours. Red promises a year of passion if you’re married or a new love if you’re single, while yellow brings money luck and maybe a promotion. Mexico’s retailers always stock up weeks ahead, in case you didn’t pack anything red or yellow for your trip. 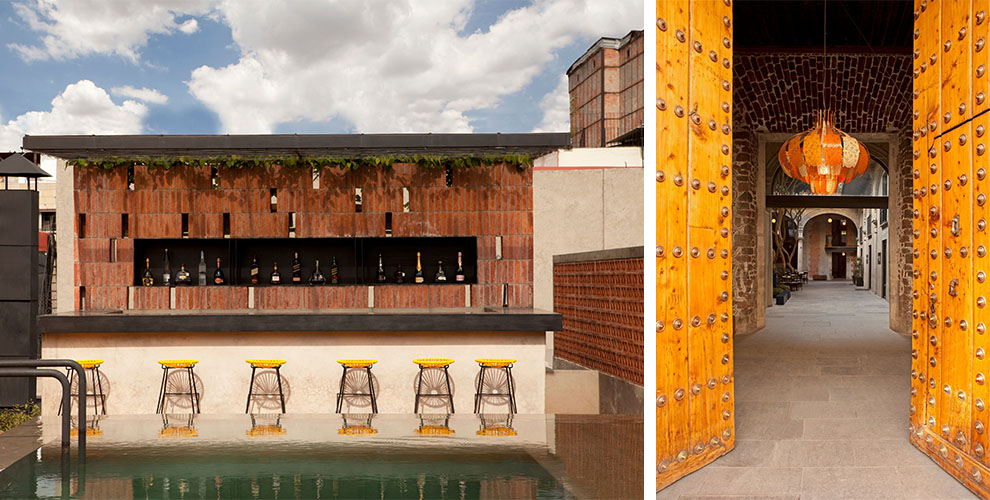 5. Have a festive blast in Iceland

Ear plugs at the ready. Visit Iceland on December 31st and appreciate just how much this country adores its rockets and Roman candles. Every year, hundreds of millions of króna shoot up into the sky. And it’s not just for the love of a mind-blowing display, as income from firework sales help fund Iceland’s vital Search and Rescue teams.

In Reykjavik especially, families gather around roaring community bonfires. And in a free-for-all atmosphere that would have most Health & Safety officials ducking for cover, hundreds of people shoot off fireworks right next to each other.

For something more tranquil, you could always board a luxury cruise at the Old Harbour and toast the New Year watching an explosion of colours reflected on the water – glass of champagne in-hand. 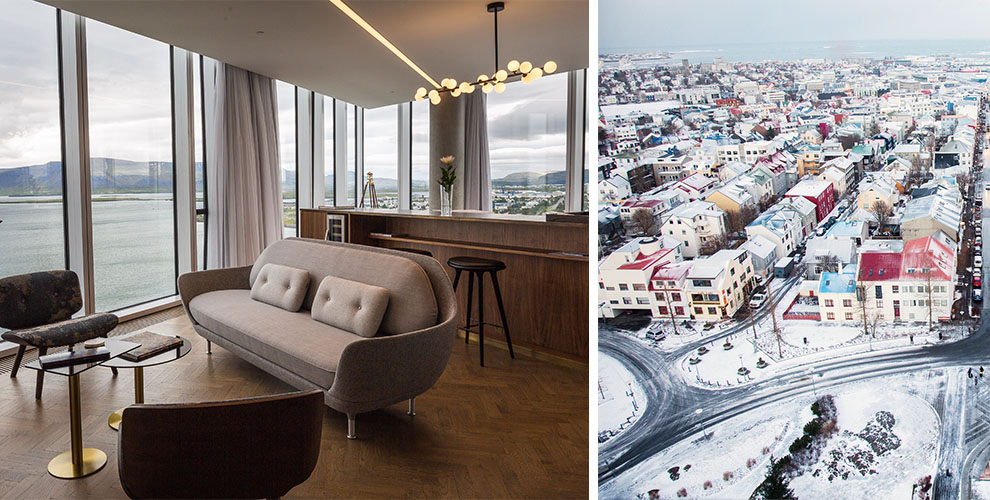 Enjoy panoramic views of fireworks from your suite in the trend-setting Tower Suites Reykjavik.