Madrid to Mallorca: a week of Spanish sunshine

There’s more to Spain than just sun, sea and sangría. Swanky art districts brimming with artisan boutiques and architectural treasures. Trendy tapas bars spilling out onto cobblestone streets. Mediterranean countryside fragrant with olive trees and citrus groves. With so much to explore, it can be difficult to know where to start. Fortunately, this itinerary offers the best of both worlds – taking you from a Madrid townhouse to a Mallorcan farmhouse with Único Hotels, some of the most stylish luxury hotels in Spain. 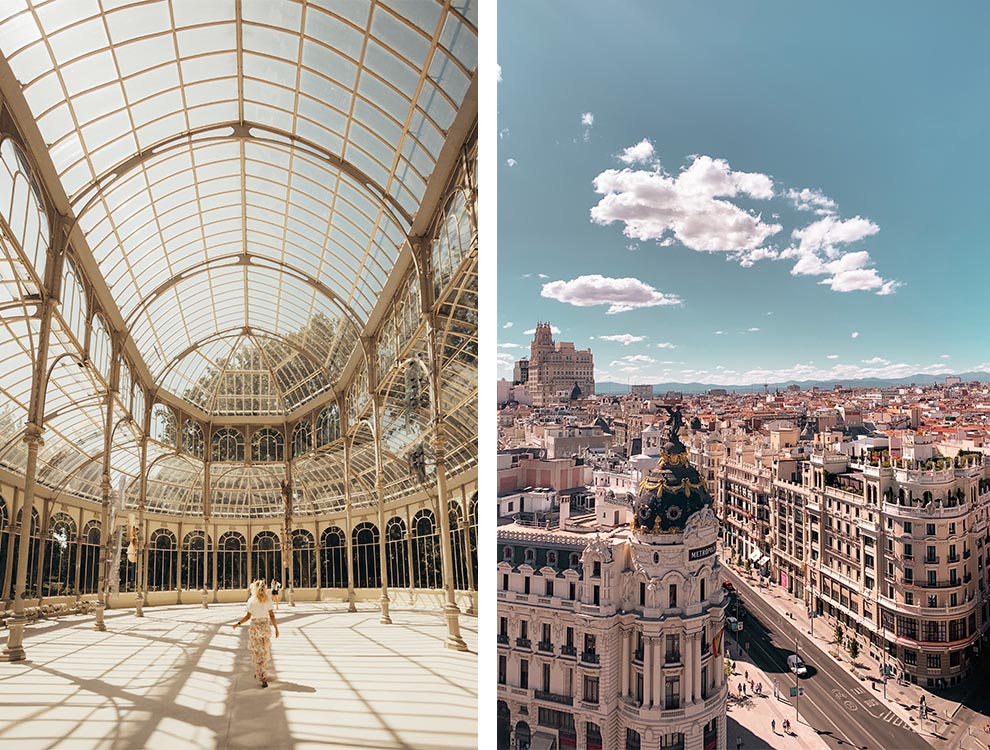 Though night owls will feel right at home in the city that never sleeps, there’s plenty to discover in the Spanish capital during the day. We’d recommend bringing an extra suitcase with you, as Madrilenos love their department stores. Spend time browsing El Corte Ingles, while the bustling flea market known as the Rastro takes place every Sunday. Or, if you’re looking for exclusive international brands, wander the Salamanca quarter to the north of the city.

If shop-till-you-drop isn’t really your style, the museum and gallery scene in Madrid won’t disappoint. From a treasure trove of Velazquez masterpieces in the Prado Museum, to Picasso’s deeply moving Guernica in the Reina Sofia, there are plenty of extremely important paintings to see. Modernists are drawn to the Thyssen-Bornemisza, which is filled with contemporary art and is also a lovely spot to escape the buzz.

Cultural cravings satisfied, settle down to a table in the sun after working up an appetite while exploring. Foodies will find a surprisingly happening seafood scene here, along with the must-try Jamon Iberico, with hams hanging from ceilings in almost every bar. 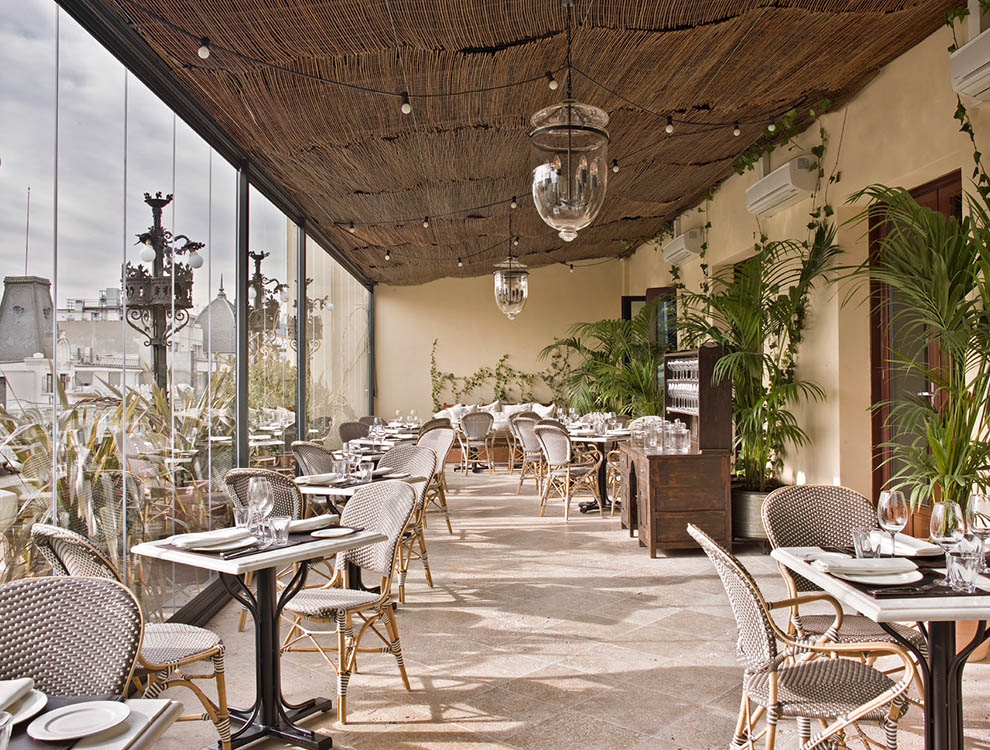 On the edge of fashionable Gran Vía stands The Principal Madrid Hotel, a sophisticated townhouse meets urban retreat. Make a beeline for Ático – one of the city’s must-visit restaurants – where you’ll be welcomed with a signature cocktail to sip as you take in the city skyline. In prime sightseeing position, be sure to book one of The Principal’s private guided tours – from personal shopping in the prestigious Golden Mile, to behind-the-scenes visits to some of Madrid’s best museums. For the hottest table in town, nearby sister property Hotel Único is home to the renowned Ramón Freixa, a two-star Michelin restaurant which turns traditional Spanish cuisine on its head. Suggested stay 2 nights.

The average travel time from Madrid to Barcelona is three hours, but you can speed this up by taking a fast train directly from centre to centre with Renfe AVE services. 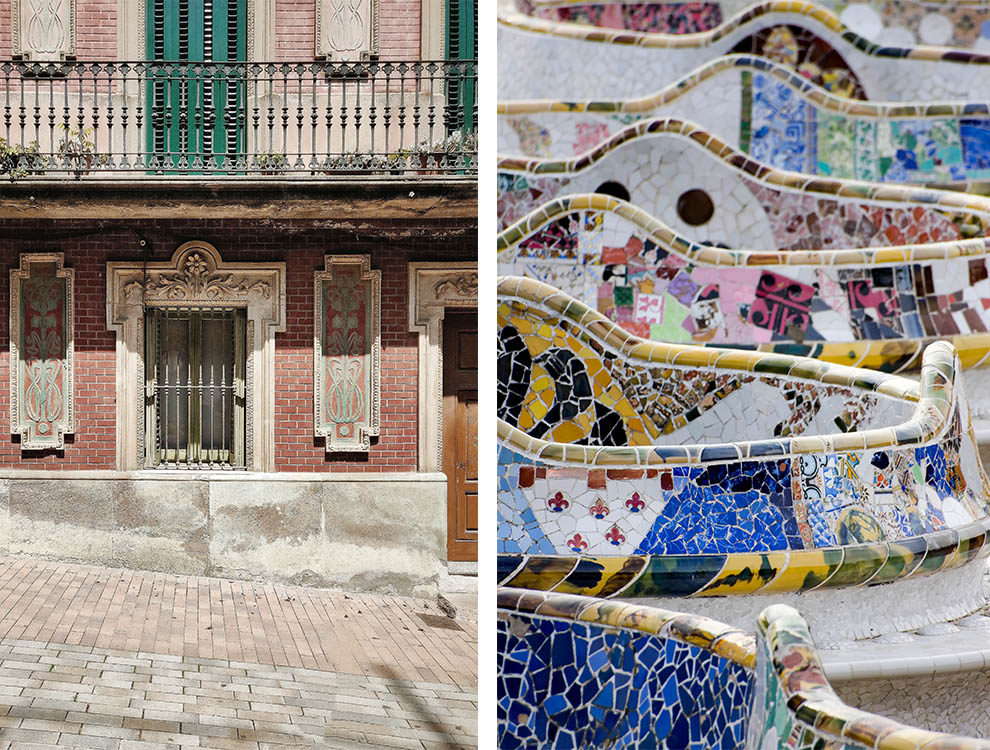 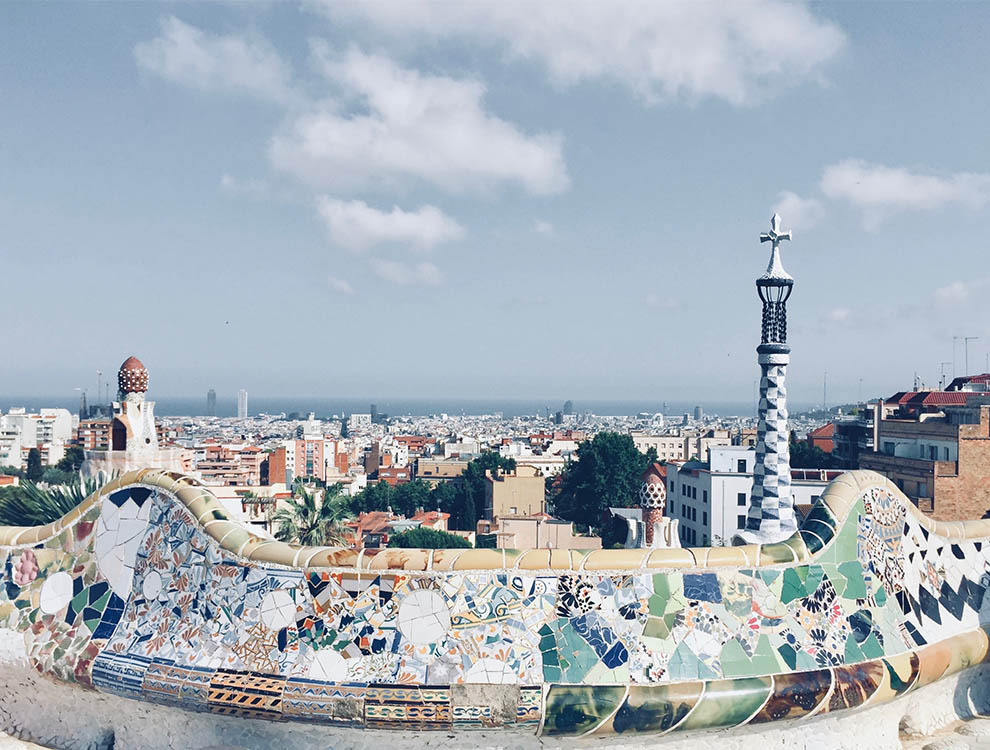 With world-famous architecture and a coastline of golden sandy beaches, it’s easy to see why Barcelona is one of Europe’s most popular city breaks. From the medieval masterpieces of the Gothic Quarter to the colourful Catalan Modernist works of Gaudí, there’s something to see on every corner. Split into bustling barrios, most of the city is extremely walkable – the Old Town has pedestrianised streets where you’ll uncover traditional Spanish food markets, and wherever you visit in Barcelona you’ll keep coming back to Las Ramblas. It’s the city’s backbone, and a wonderful place to promenade and watch the world go by. 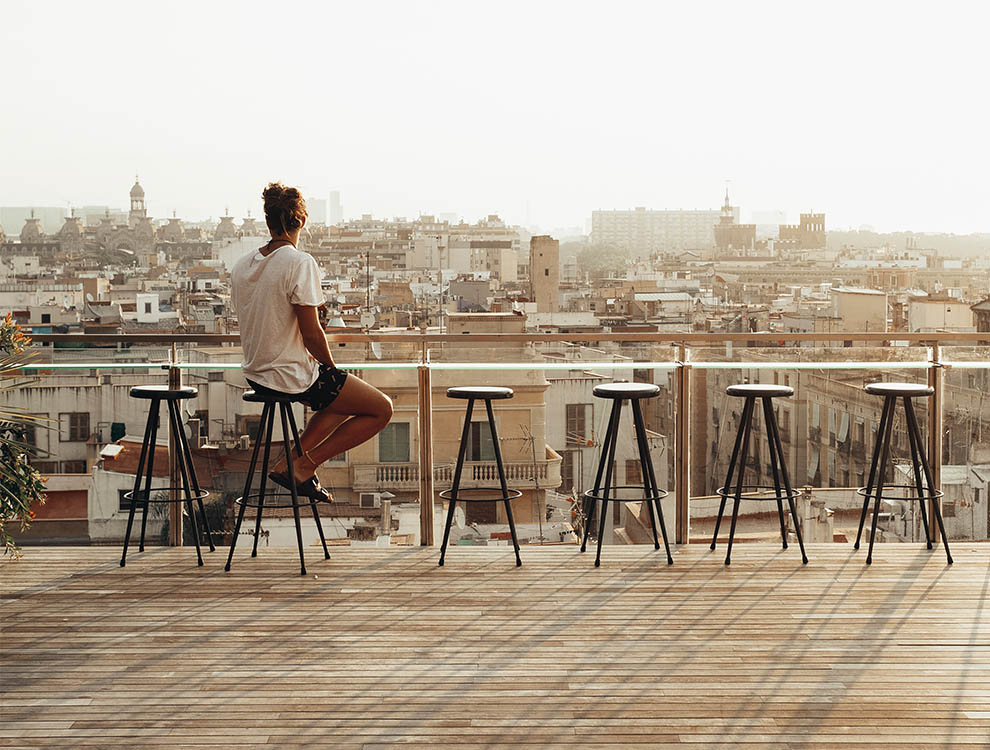 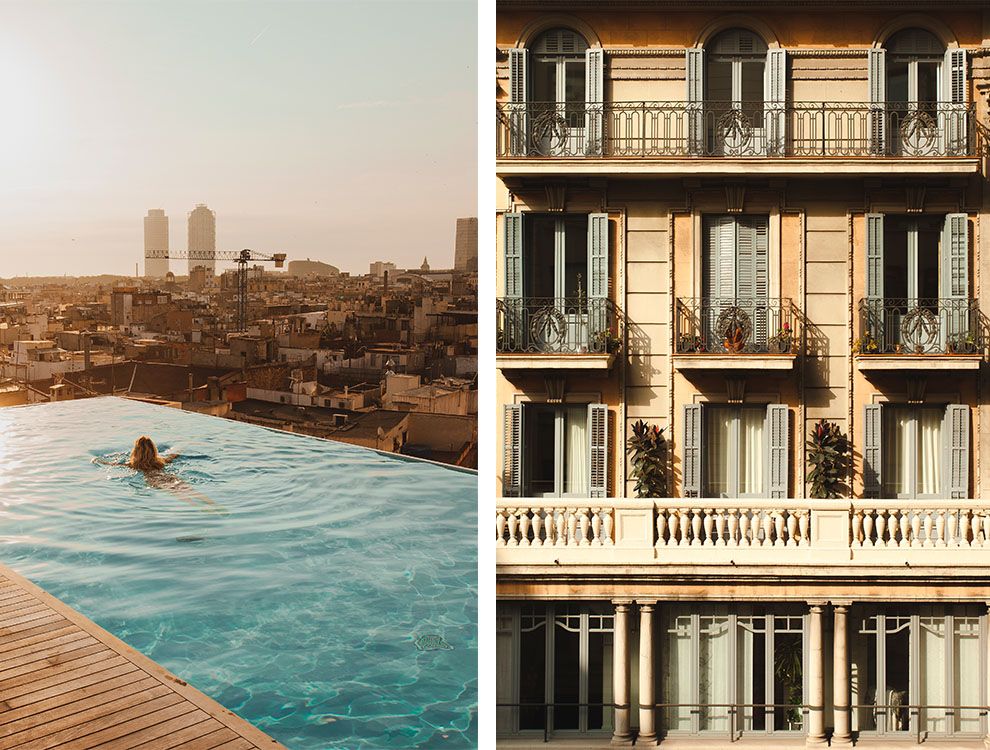 Grand Hotel Central is a design-led hotel in the arty El Born district, with pared-back, modern interiors and cityscape views from every window. Grab one of the hotel’s ‘local view’ guidebooks, or request a private tour of the city’s highlights – including La Sagrada Familia, La Catedral del Mar, Casa Batlló, La Pedrera, and Parc Güell. Return to SkyBar to watch the sunset over Barcelona’s skyline from the rooftop infinity pool, cocktail in hand. Suggested stay 2 nights.

Island hop over to Mallorca from Barcelona in under an hour, while Montüiri is just a 20-minute drive from Palma airport.

LAST BUT NOT LEAST: MALLORCA 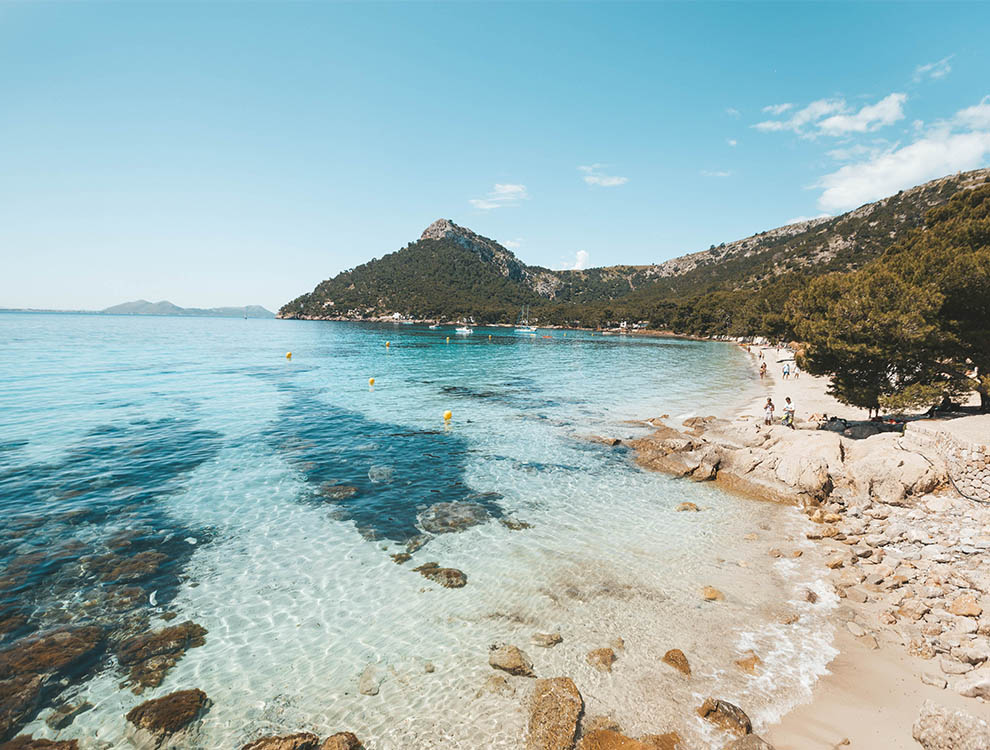 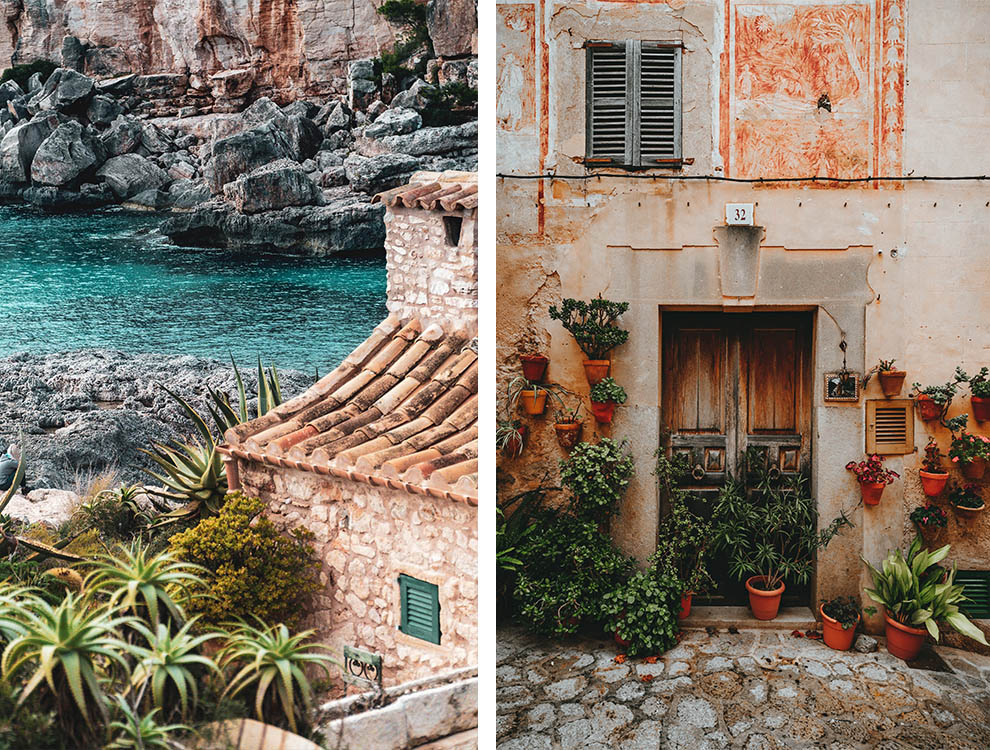 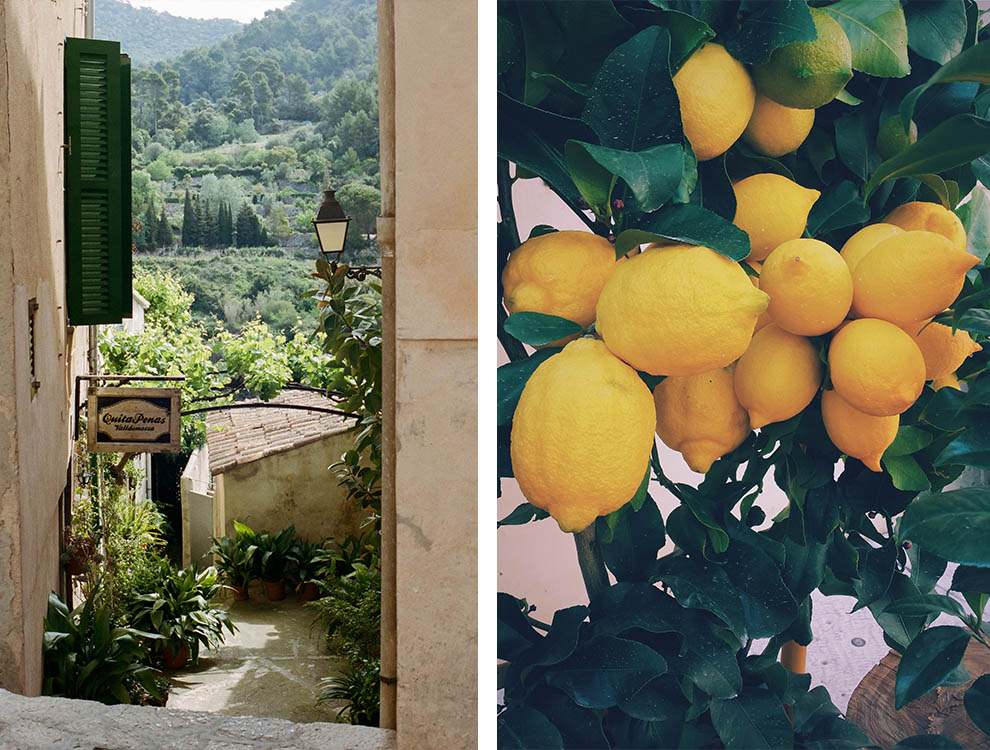 Fringed by cliffs and heavenly beaches, with long stretches of countryside – peppered with olive trees and citrus groves – in between. Mallorca is Mother Nature’s Mediterranean at its finest. Explore picture-perfect coastline by day and dine on just-caught seafood by night as you settle into the rhythms of Balearic island bliss. Whether you like your beach with white sand and azure waters, or rocky and rugged, Mallorca has something to suit every taste, while its quaint hilltop villages are overflowing with charm.

As its name suggests, Finca Serena is the epitome of farmhouse cool. Bucolic bursts of citrus trees give way to rippling hills and dramatic peaks as far as the eye can see. The whitewashed aesthetic of the interiors only adds to this sense of calm, framing the sublime scenery just outside the window. Wellbeing is at the heart of the Finca Serena experience, from yoga, meditation, and outdoor tai chi classes in lavender fields, to running sessions, horseback riding, and a specialised golf clinic. You will also be able to take part in cooking demonstrations with the hotel’s chefs and visits to the kitchen garden and local wineries. To see the island from a different perspective, the staff will happily arrange a day on a private boat for you to sail your way to serenity. Suggested stay 3 nights. 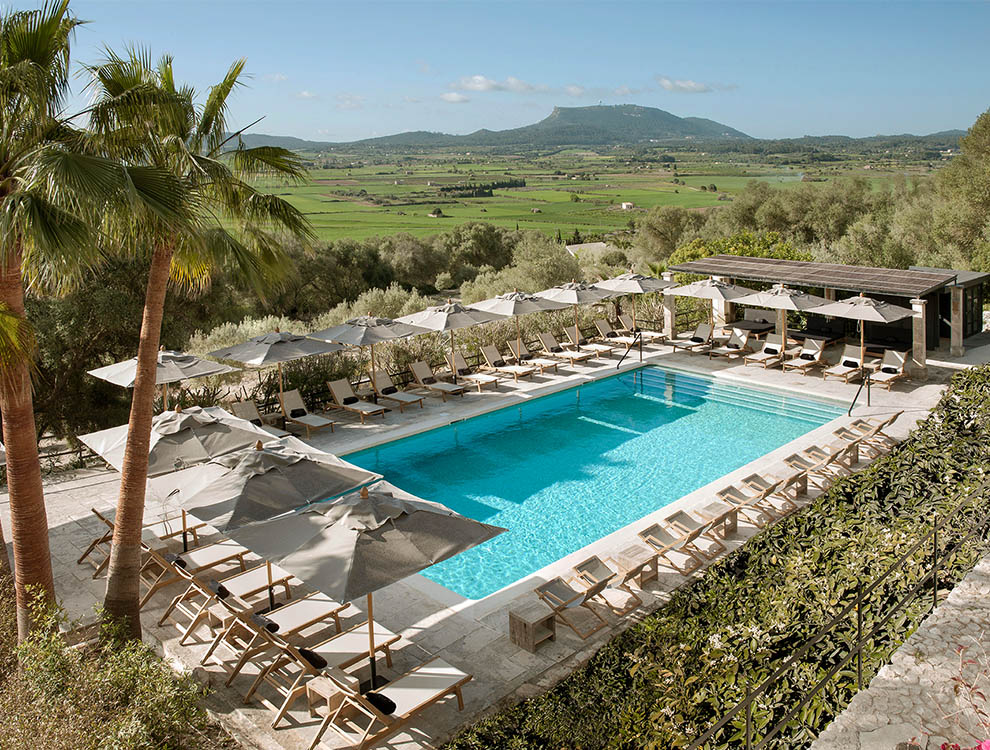 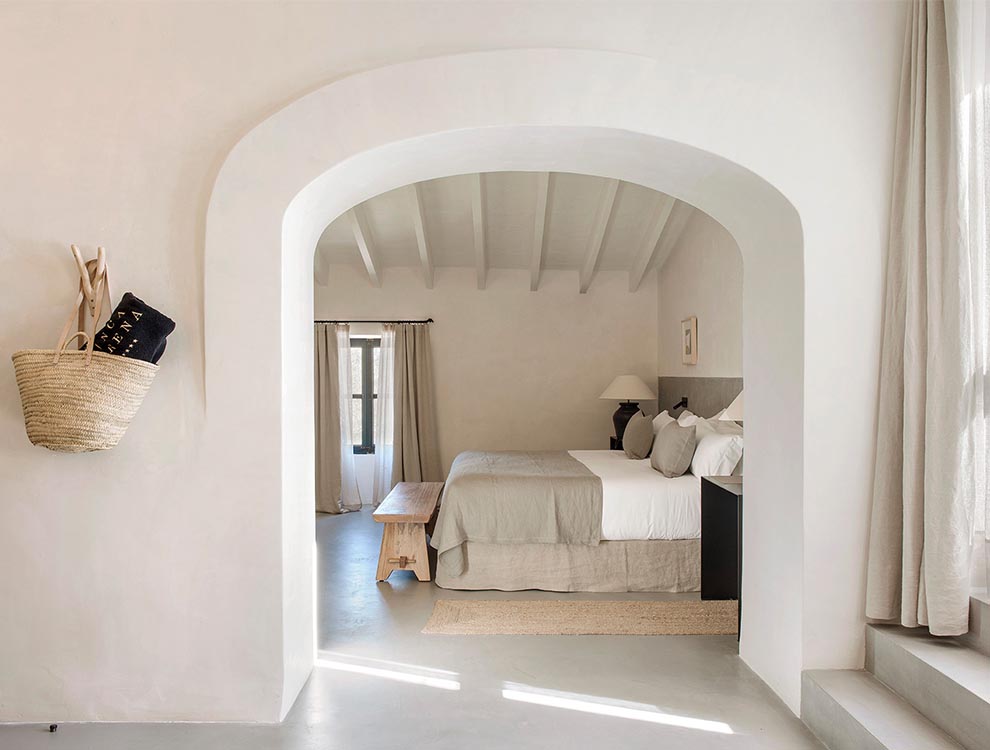 Leave some room in your suitcase as you’ll want to bring back your designer finds or artisan delicacies you’re guaranteed to pick up along the way. Generally speaking, a good time to shop is after 5pm, as shops tend to shut down in the heat of the afternoon. If you’re in need of a rental or transport between hotels, as always, ask our Voice Reservation Team for further details.