Croatia is calling: 6 boutique hotels for your summer wishlist

An old-meets-new tapestry woven together with walled citadels, wild countryside with tumbling waterfalls, and coastline awash with secluded coves and tiny islets, Croatia seems to have it all. Dubrovnik’s Baroque heart beats with architectural gems, while a Dalmatian buzz surrounds Split where a hopping harbour lies in the shadow of ancient palace walls. Discover one of Croatia’s best-kept secrets on the cobbled streets of Šibenik, or head to the golden sands of Lošinj for a desert island hideaway. Thanks to its current green list status for UK travellers, city breakers, beach goers and adventure seekers will all find something to write home about, without the need to quarantine on return.* 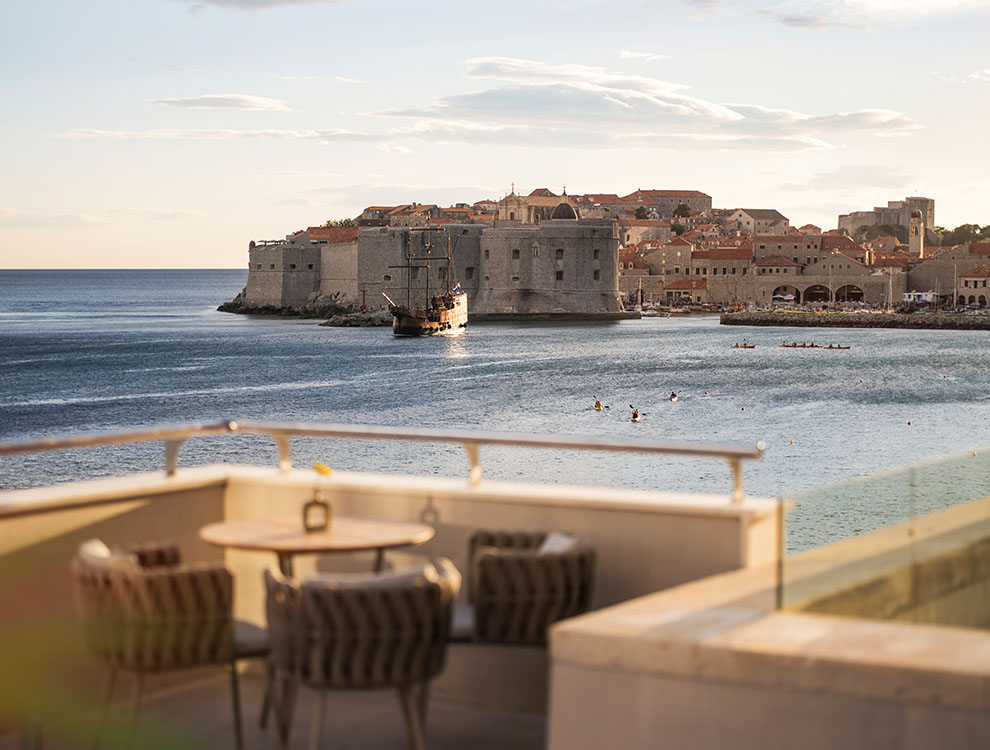 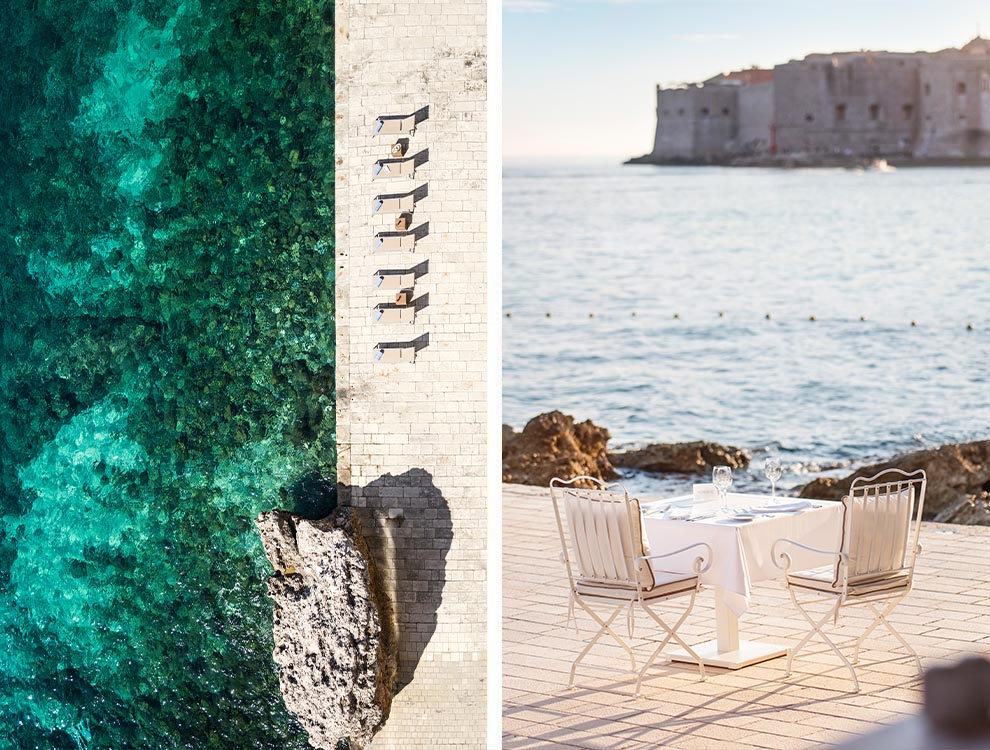 The heritage of this waterfront luxury hotel is told through the clever renovation of Hotel Excelsior Dubrovnik’s two halves: the original 1913 royal villa and a sleek contemporary wing. The mingling of past and present can be felt throughout the modernist styling, which combines historical architecture with citrus colour pops and contemporary concrete interiors. Start your day on the sun-kissed terrace of Restaurant Salin overlooking the photogenic fortresses of the Old Town, then a short saunter down to the beach or the hotel’s spa. Sipping sundowners at Abakus Piano Bar is the only way to spend golden hour, before tucking into local oysters under the waterside arches at the seafood-serving Prora Restaurant. 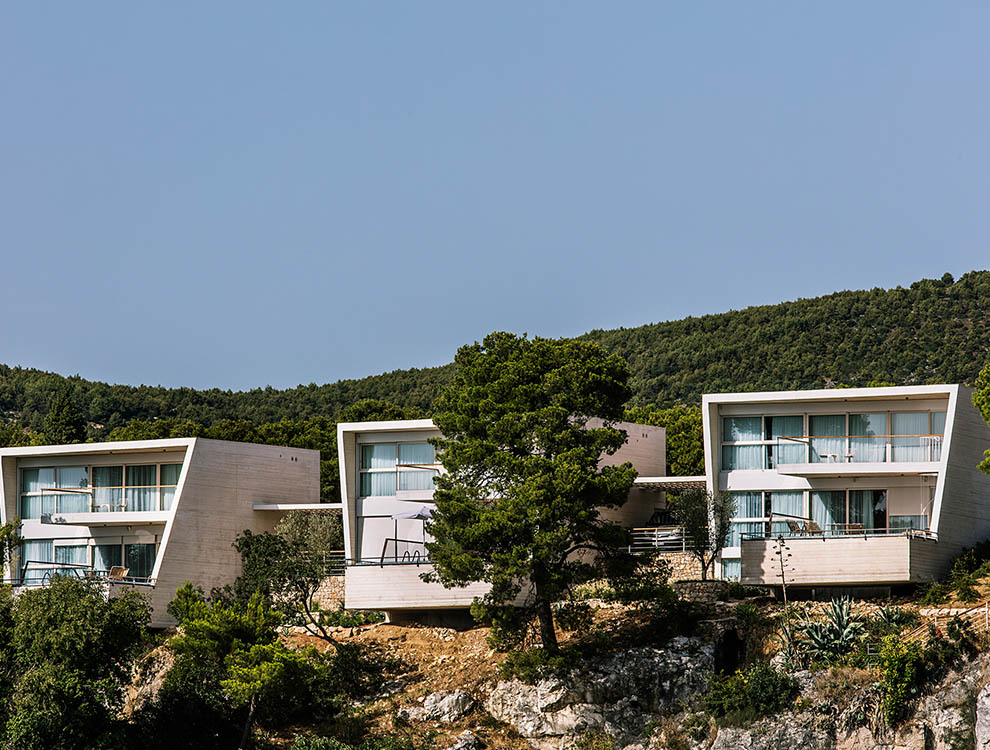 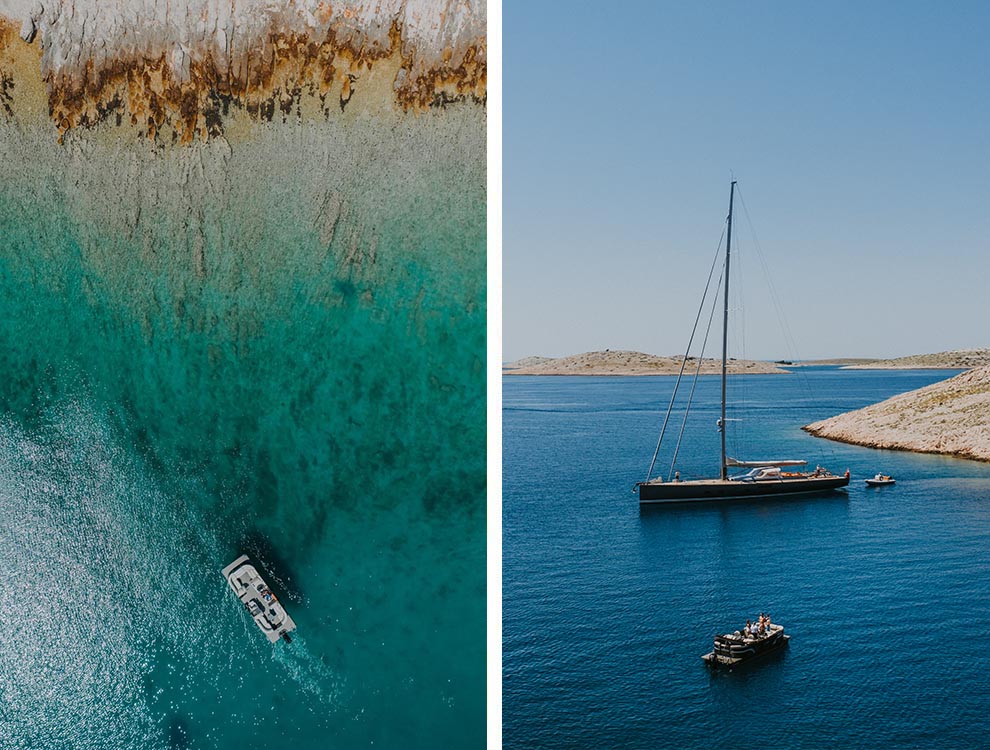 Sleek and striking D-Resort Šibenik has brought 21st-century edge to one of Croatia’s oldest port towns, with its sweeping lines reflecting the curve of D-Marin Mandalina below and glittering glass walls to flood the rooms with Adriatic views. Step up the exclusivity with a stay in one of the resort’s private villas, which come with their own outdoor pools, terraces for alfresco dining and sun-lounging, and fully-equipped kitchens. Make the most of the glamorous marina setting by stepping aboard D-Resort’s yacht for a day of island hopping, from wild swimming in the Kornati Islands to dolphin spotting in the National Park. 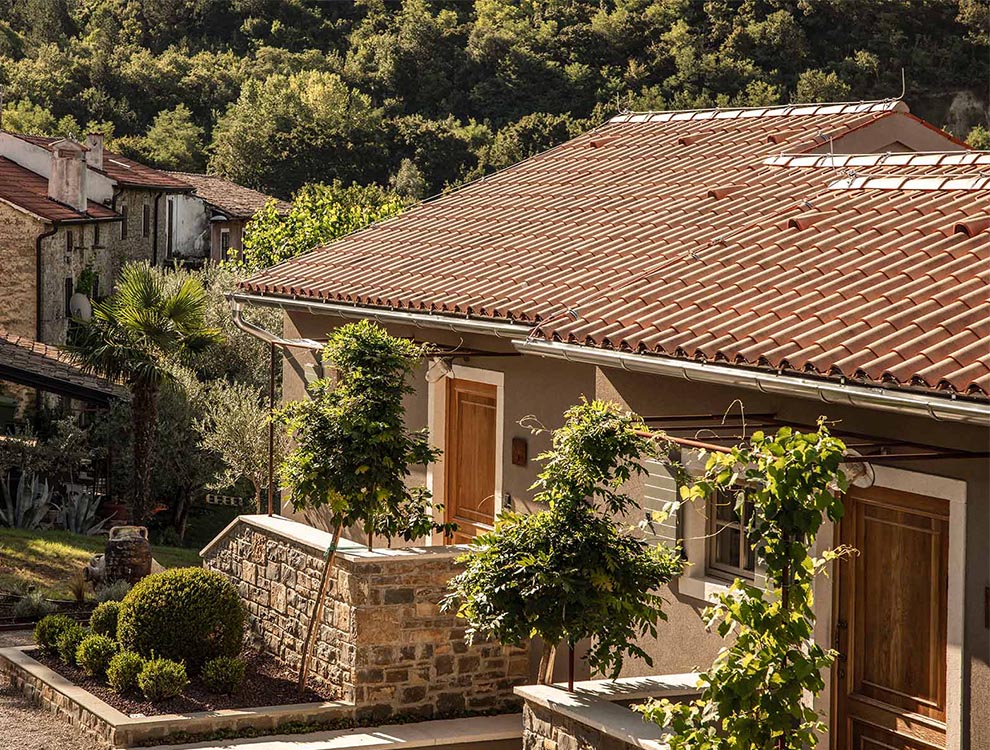 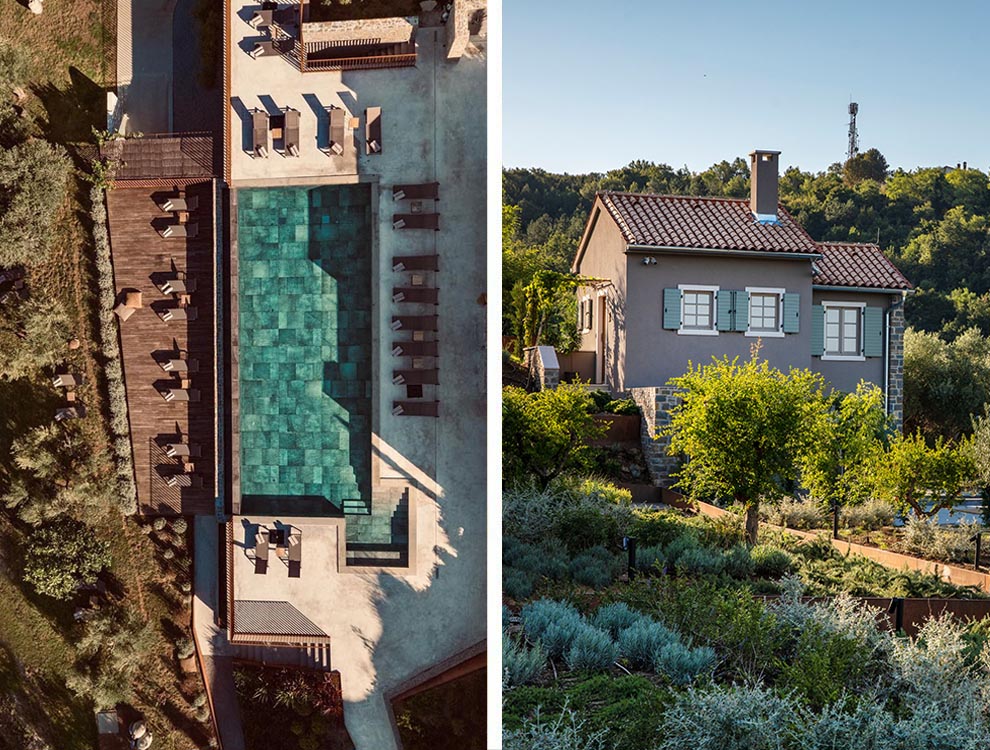 Perched up on the peninsula near Buje in the medieval village of Mužolini Donji, San Canzian Village & Hotel immerses guests in the charm of Croatian country life. Wake to the sounds of the resident rooster making his morning call, as the sun rises over olive groves, fragrant gardens and the celebrated vineyards of San Canzian. Foodies can forage for truffles in the nearby forests, or sample freshly-pressed olive oil and locally made wine during daily tastings on the 14th century Istrian estate. This charming corner of the world is best enjoyed at a slower pace, from idyllic cycle rides through the Parenzana bike trails to wandering the quaint streets of Grožnjan, an artsy haven brimming with independent galleries, studios and stores. 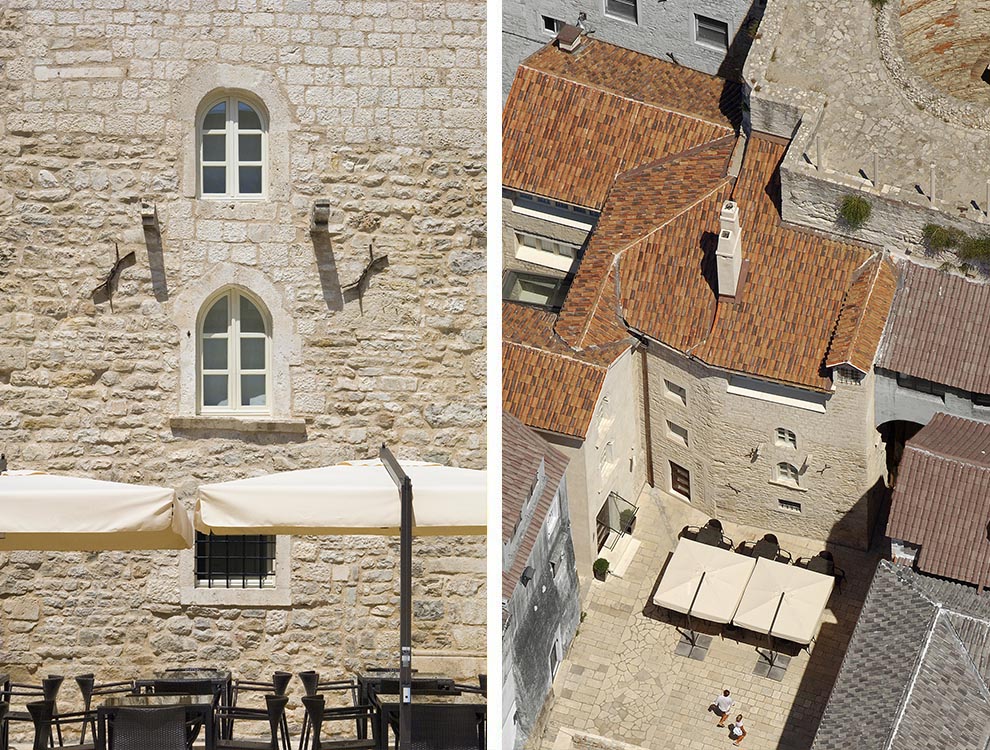 A storied hideaway within the ancient Roman vestibule walls, Hotel Vestibul Palace lies in the heart of the Diocletian’s Palace amidst the UNESCO World Cultural Heritage Site of romantic ruins and magnificent monuments. History echoes from every nook and cranny here. Roman, Gothic and Renaissance architectural influences are set in striking contrast to the modern rooms and suites, while the slow food restaurant on the sun-drenched terrace is named after Magnus Severus, the Roman responsible for the return of residents to the palace who had fled the city during the fall of Salona. 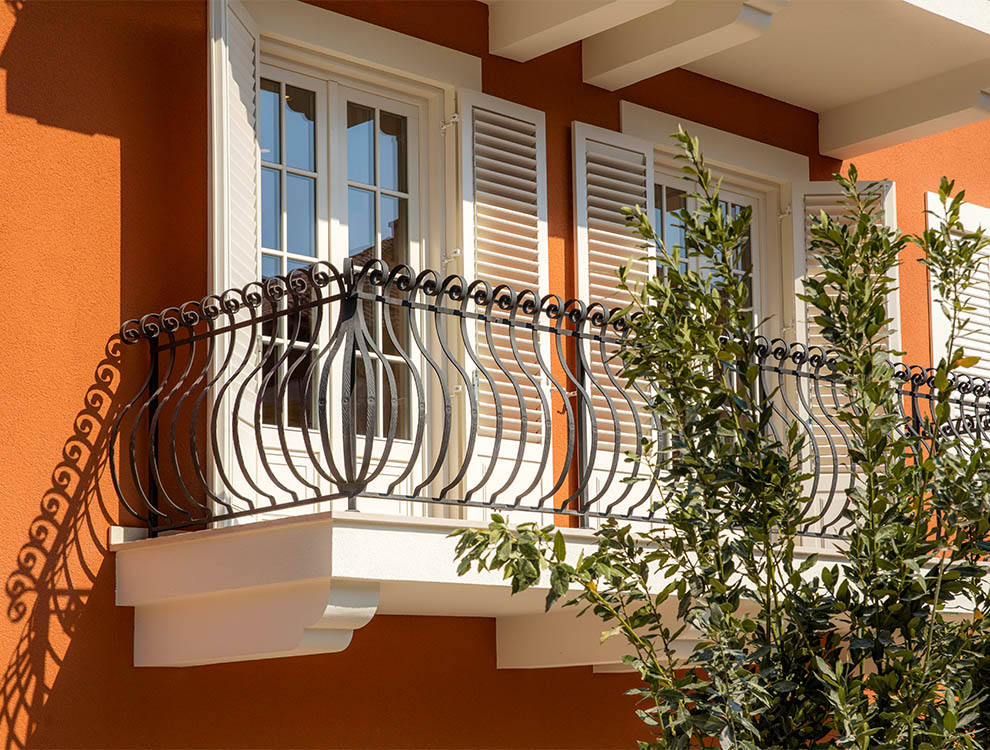 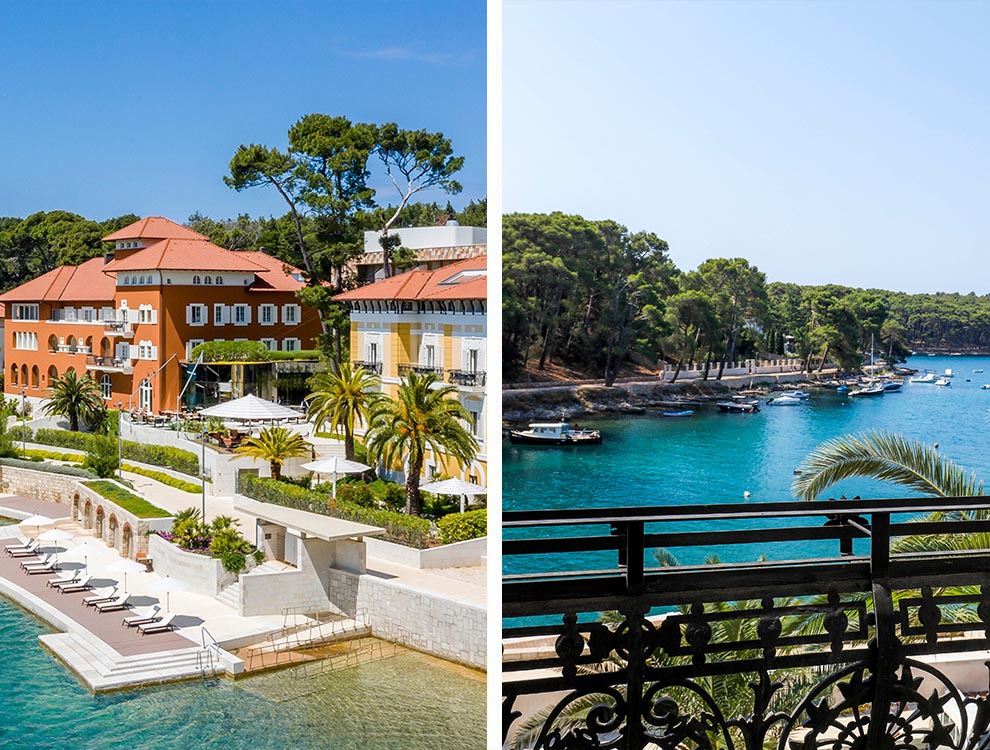 Set between the Čikat forest and the shimmering sea, Boutique Hotel Alhambra takes up prime position on Lošinj Island with its distinctive citrus orange façade. A memorable gastronomic experience awaits in the restaurant where each course is accompanied by sommelier-selected wines from an extensive cellar. And just a few steps down from the promenade leads you to the hotel’s private beach, with stylish sun loungers and parasols. The bayside hotel plays host to a series of wine and din events throughout the summer months, and organises an array of activities for guests including olive farm tours with organic tasting, and behind-the-scenes visits to nearby Veli Lošinj, Mali Lošinj and ancient Osor. 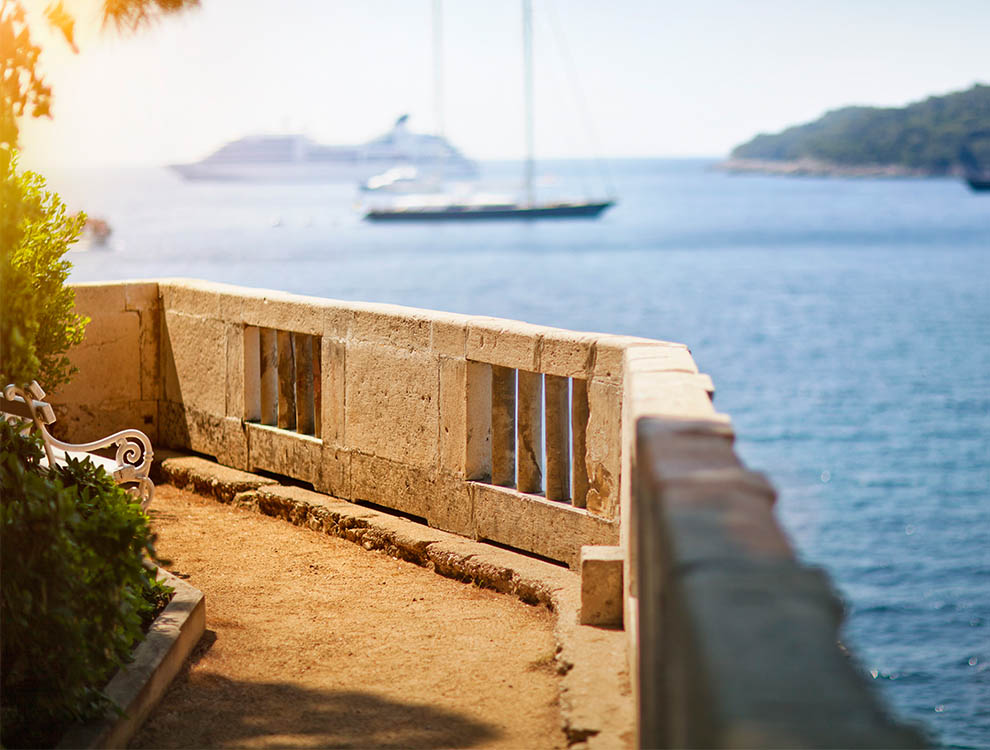 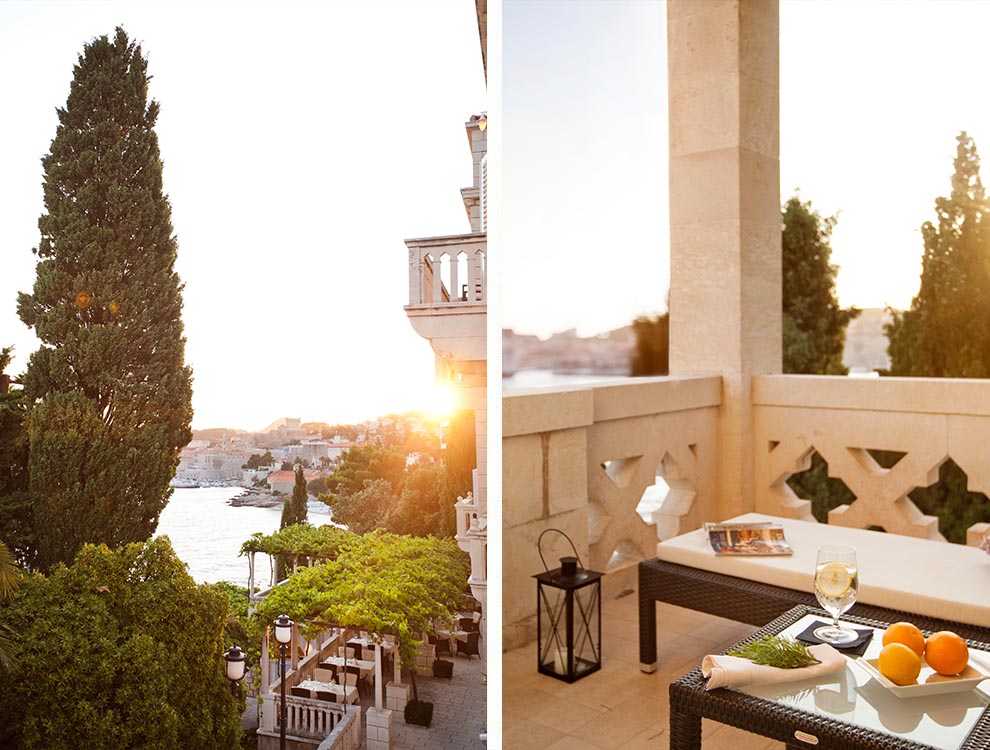 Pale stone walls bathed in Mediterranean sunlight. The scent of oranges and lavender drifting from the gardens. Views of sparkling waters framed by palm trees. Small and perfectly formed, Villa Orsula Dubrovnik blends 1930s glamour with modern design throughout its 13 rooms. Old world charm comes through in original features such as arched windows, while neutral tones, pared back furnishings and surrealist artwork add a hint of modern minimalism. Spend a balmy afternoon just looking out to the old town walls or the peaceful forests of Lokrum island from your window or balcony, or wander down to the rocky beach beneath the hotel for a refreshing swim – soft towels and sun loungers at the ready.

*Information correct at the time of publishing. Please continue to check your government guidelines for the latest travel updates.