From must-see sights to must-try foods

Small and perfectly formed, Florence is the perfect city break destination. You’ll encounter some of the world’s finest art on every piazza. Some of the best food you’ll ever eat. And lost-in-time streets full of romance. From what to see to where to stay, here’s our guide to rocking the cradle of the Renaissance.

The Duomo: The skyline-dominating red dome (cupola, to those in the know) and the city’s high point, with views to sigh for.

Ponte Vecchio: The bridge over the Arno is the jewel in Florence’s crown.

Boboli Gardens: Alfresco art in this glorious garden-meets-gallery behind the Medici’s Pitti Palace. 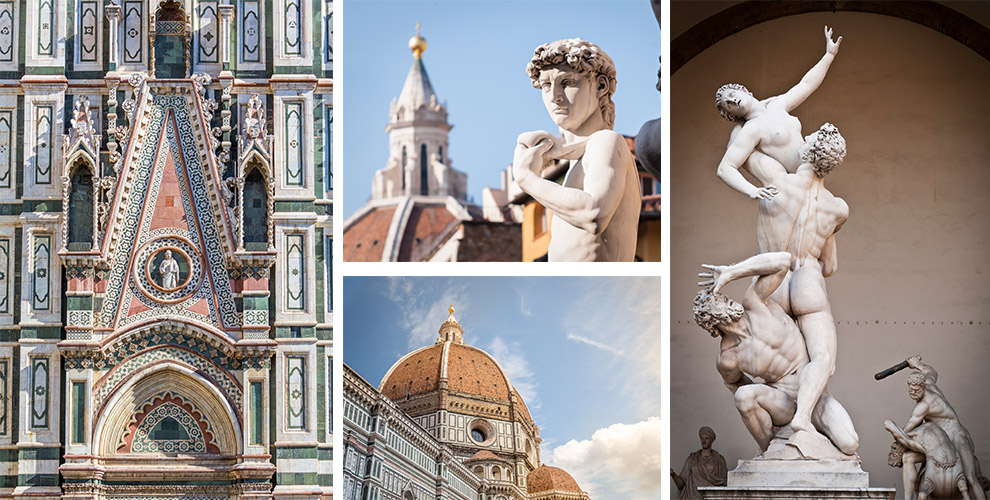 … and a longer look at Florence’s lesser-known spots

Amazing art – minus the crowds

Some see graffiti as a scourge. But not when the artist is the Banksy of the Renaissance: Michelangelo. Look out for L’importuno, his carving of a face outside Palazzo Vecchio. Continuing the street art legacy, CLET uses stickers to turn street signs into witty artworks. They pop up around the city… briefly. 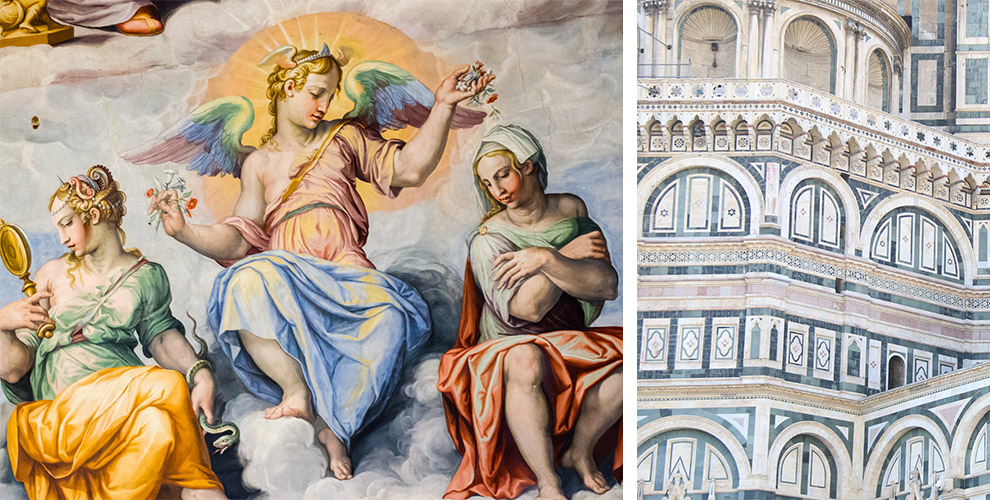 For a shopping experience straight from the 1600s, step into Officina Profumo Farmaceutica. Said to be the world’s oldest pharmacy, its beautiful botanical lotions and potions are hand-made just as they were thousands of years ago by Dominican friars. It’s worth the trip alone to see the atmospheric interiors of the magnificent old building, which even has a museum and tearoom (the Tisaneria).

Getting lost in the crowd is half the fun of Florence. But when you need time (and space) to rest and reflect, make a beeline for the city’s green areas. Boboli is the big draw (and it’s easy to see why), but Giardino Bardini is lesser-known and has views that’ll have you switching your camera to its panorama setting. The iris and rose gardens are fragrant highlights.

What – and where – to eat in Florence 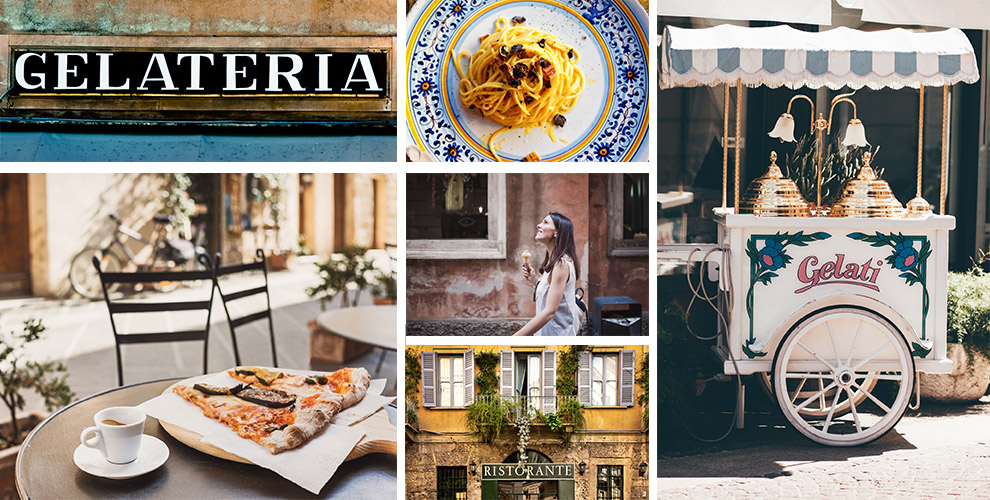 Go straight to Café Gilli. Order milky coffee if it’s morning or short and straight the rest of the day. Drink it at the bar.

Classicists, look for the neon sign of Vivoli, possibly Florence’s oldest gelateria. Modernists will love the market-fresh creations at My Sugar in San Lorenzo.

Bring a friend. Tuck in a napkin. And enjoy bistecca alla Fiorentina, the city’s mammoth sharing steak that’s served rare – and only rare.

For those with a sweet tooth…

For when it’s cold outside…

Ribollita is next-level soup made from veg, beans and torn bread. In Florence, ‘peasant food’ is the richest in flavour.

Florence has its fair share of fine dining restaurants, but none as celebrated as Enoteca Pinchiorri. Three Michelin stars. And it’s in a palace.

A room with a view*

Where to stay in Florence for boutique hotel flair and Tuscan style:

HOTEL LUNGARNO… interior design by Michele Bonan and Michelin-starred dining on the banks of the Arno.

HOTEL REGENCY… a 19th-century hideaway in the heart of it all with its own private urban garden.

IL SALVIATINO… escape to the country with a 15th-century villa in private parkland.

PALAZZO VECCHIETTI… one for the art-lovers (and their four-legged friends). A luxurious and pet-friendly former palace that’s an artful mix of classic and contemporary.

VILLA LE MASCHERE… up in the hills with glorious grounds and cool pools – plus a shuttle down to the city.

*Did you know, E. M. Forster set part of his much-loved novel in Florence?