Work your way along the Western Cape and you’ll find some of South Africa‘s most sought after spots, from the penguin-dotted beach in Cape Town, to the winelands and floral forest trails of the Garden Route, to the dramatic cliff paths and hidden coves of the Whale Route. With three perfectly positioned boutique hotels along the coastline, The Liz McGrath Collection puts these must-visit destinations within easy reach for explorers… 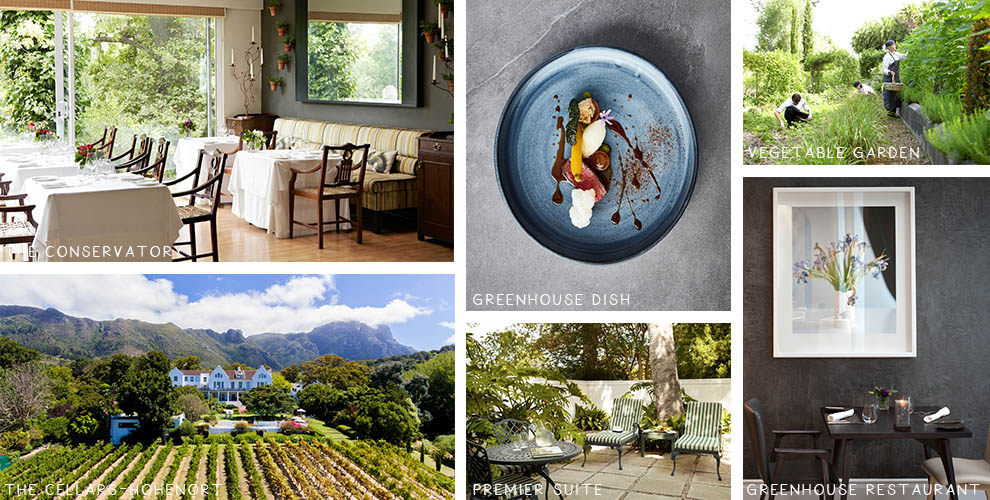 Nestled within nine acres of blooming gardens in the wine-growing Constantia Valley, also known as ‘Cape Town’s Vineyard,’ The Cellars-Hohenort makes quite the first impression. While guestrooms and suites boast breath-taking views of the Eastern Slope of Table Mountain, there’s another kind of table this 17th-century manor is known for. A reservation at the Greenhouse Restaurant, dedicated to modern gastronomy with traditional influences, comes high on the list of the country’s foodie favourites, which is perfectly paired with its sommelier-selected fine wine collection. Using locally sourced ingredients, including produce picked from the hotel’s beautiful gardens, The Conservatory dishes are as delightful as the verdant views.

Once you’ve taken your fill of this historic wine estate, the city centre is just a 15-minute drive away – play with the penguins on Boulders Beach, swim in Camps Bay, and hike through jungle-like scenery in Constantia’s Green Belt. 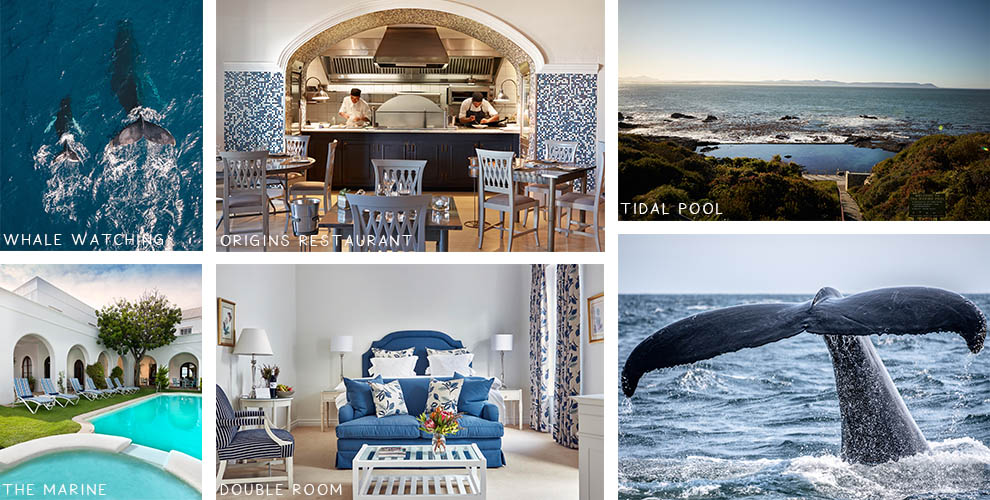 Perched on a clifftop along the rugged Hermanus coast overlooking the picturesque Walker Bay, The Marine more than lives up to its nautical name with two refreshing saltwater swimming pools, and by offering some of the world’s finest land-based whale watching between June and November each year – often directly from the comfort of the sea view bedrooms. If getting closer to these gentle giants is on your wishlist, water-safaris and boat tours along the Overberg shore are renowned for whale-spotting, as well as seals, dolphins and penguins.

Bringing a touch of its coastal surroundings into its blue-themed interiors, and a taste of the sea to the menu at the soulful Origins Restaurant, this seaside retreat complete with its own tidal pool truly makes the most of its spectacular location. Drink in the healing ‘Champagne air’ of Hermanus along 11km of crisp, cliff walks, or sample some of the bubbly itself at one of the local wineries in Hemel-en-Aarde (‘Heaven and Earth’) set in rolling farmland. 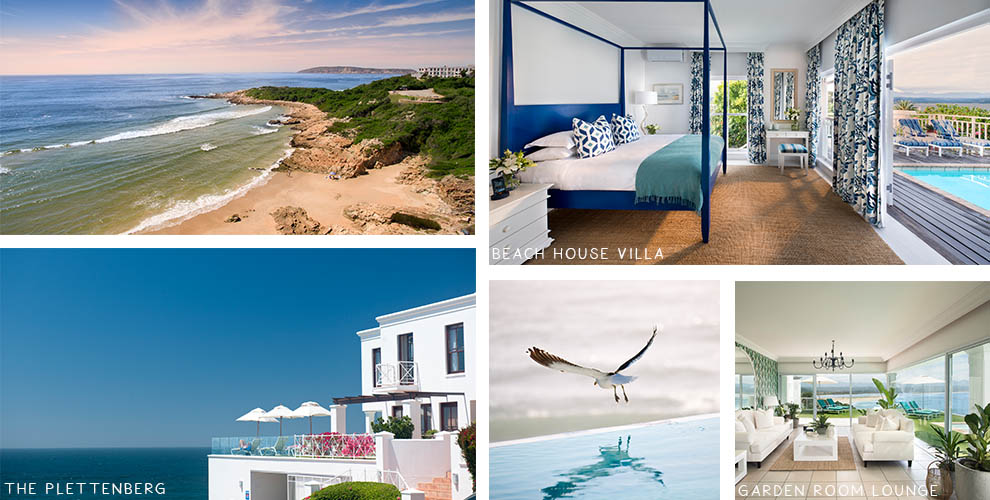 As one of the few hotels in the area with direct beach access, The Plettenberg is serenely situated above one of South Africa’s finest bays. Soft blues and soothing tones mirror its waterfront setting, where private villas come with their own heated pools. Continuing the marine theme in the elegant Sandbar, widely known for its tipples and high tea, the hotel restaurant’s inventive seafood dishes and farm-fresh produce also come with views to match. Indulge in a marine-infused skin and body treatment at the Fresh Wellness Spa, or drift off in the infinity pool as seagulls and dolphins dart by.

When you can tear yourself away, the charms of the Garden Route beckon – stroll down to Lookout Beach and take a dip in its shallow lagoon, meet the ‘Big Five’ on safari in a nearby national park, or catch some waves at Keurboomstrand, a popular surfing spot.