From charming medieval heritage to cutting-edge culture and luxury hotels – Paris, Bruges and Amsterdam open a window on European life. In many ways, all three have been shaped by their waterways, from the islands of the Seine to the canal networks that carried goods and treasures from around the world. In this itinerary, we mix on-foot adventures with urban exploration by boat and bike – immersing you in city life, past and present.

In this city that divides itself culturally and geographically into ‘Le Rive Gauche’ and ‘Le Rive Droite’, the river connects it all together. So, when it comes to getting around Paris, there’s no need to waste time sitting in traffic. Make for the Seine to float between landmarks such as the Louvre, Musée d’Orsay and Notre Dame by waterbus. Or travel in private (and high-speed) style by renting a sleek Riva yacht straight from the ’60s. 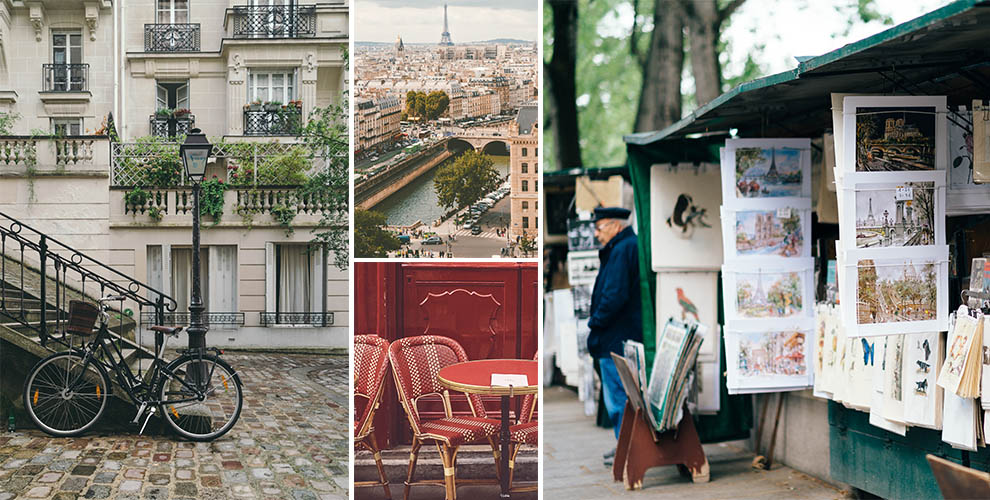 To change up the pace, explore on two wheels. If you’re hesitant about tackling the infamously busy roads, start with a guided bike tour. If you’d rather go it alone, the Seine river path and large parks such as Bois de Boulogne are ideal for quieter rides. It’s also worth knowing that many parts of the city are closed to traffic on Sunday. Cycling fans might even be able to play out their own Tour de France finish on the Champs Elysées…

With 10 luxury hotels in Paris, you’ll find somewhere stylish to lay your head in almost every corner of the City of Lights. Suggested stay 4-5 nights. 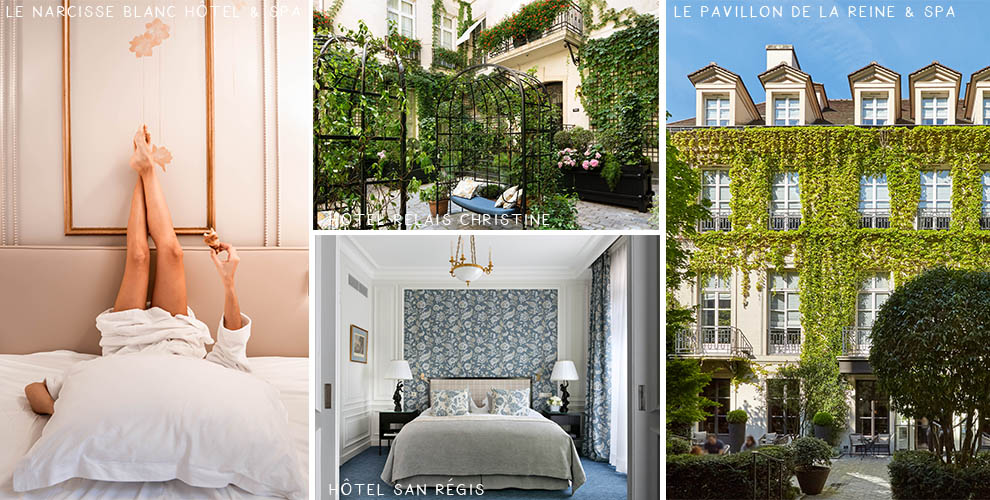 There’s a reason taking a boat tour ranks as one of the top Bruges experiences. In the early morning, with the mist drifting above the waters and light playing off the weathered bricks of centuries-old buildings such as St. John’s Hospital, this perfectly-preserved medieval city is utterly spellbinding. 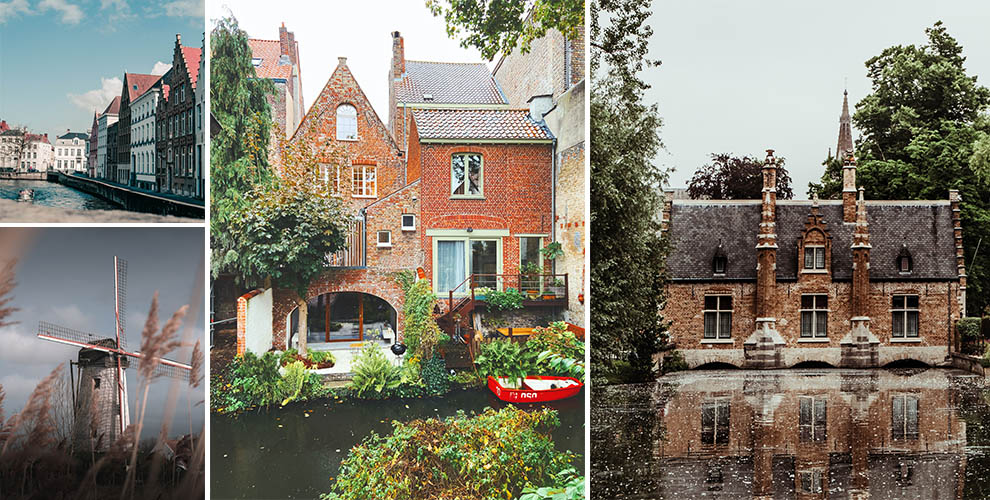 The water in Bruges isn’t just for boating on. It also drove the development of time-honoured Belgian craft: brewing. While there are only three breweries in Bruges today, you’ll discover hundreds of Belgian beers on offer in the city’s pubs and bars, which can be found in atmospheric vaults and tucked away townhouses.

SETTLE IN FOR THE NIGHT

Hotel de Orangerie is a 500-year-old former convent with a canal-side terrace. While Hotel de Tuilerieën updates a 15th century noble residence with individually-styled rooms and an indoor pool. Or cosy-up in the candlelit bar at The Pand Hotel. Suggested stay 3 nights.

LAST BUT NOT LEAST: AMSTERDAM

Boats have been part of the fabric of Amsterdam from the very beginning – fuelling its rise from fishing village to centre of worldwide trade in the 16th century. Today, its narrow canals, criss-crossed with bridges and bordered by narrow merchants’ houses, are an immediately recognisable symbol of the city.

Although there are plenty of options for canal tours, there’s more fun to be had in renting your own vessel for an hour or two’s exploration. These can range from simple motorboats to wooden saloon boats, where you could leave navigation to the captain while you enjoy afternoon tea. 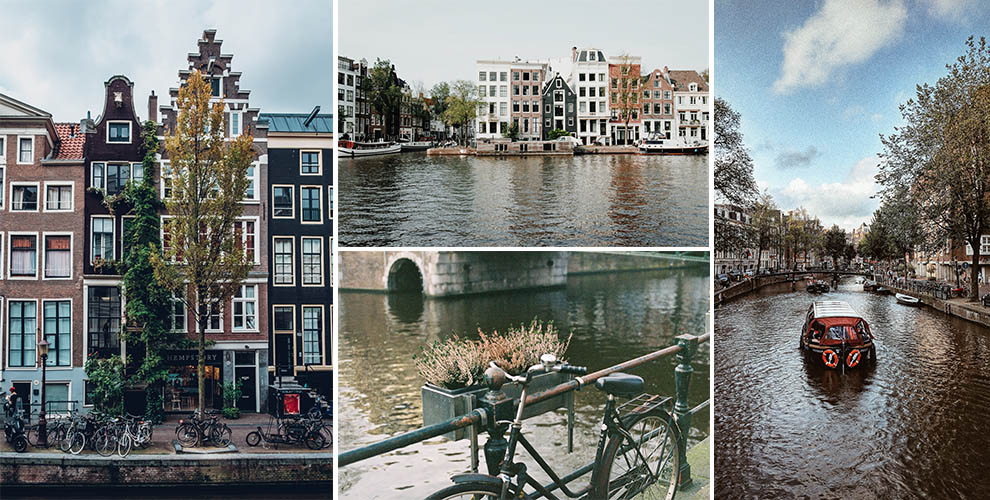 Back on dry land, you’ll quickly encounter that other ubiquitous Amsterdam presence: bikes. Impeccably dressed locals seem to glide effortlessly around the city’s cycle lanes. And with such an extensive network of paths, it’s easy to follow your own, self-guided tour. iamsterdam has put together interestingly varied routes that open out more of the city, from the historic buildings and parks on the banks of the Amstel to the striking modern architecture in Nieuw West.

Retreat to Twentyseven Hotel – where a head-in-the-clouds location on Dam Square meets above-and-beyond service. Opt for a waterside merchant home at Canal House. Or stay in a former 17th century theatre with a Michelin-starred restaurant at The Dylan Amsterdam. Suggested stay 4-5 nights. 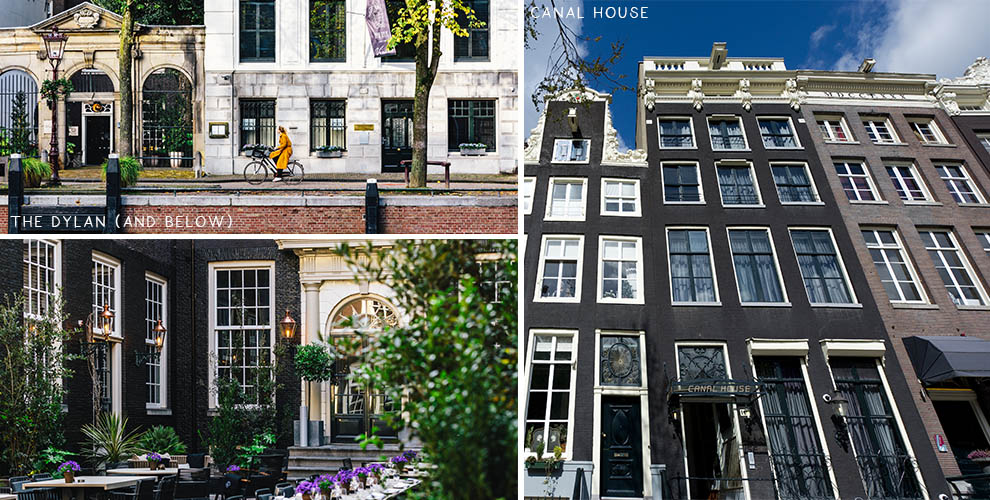 With fast, frequent connections between all three cities, travel by railway and watch the scenery slip by as you sip Champagne. For Paris to Bruges, board the train at Gare du Nord station and change at Brussels. Then from Bruges to Amsterdam, you’ll probably have to change at Ghent and/or Antwerp. As always, ask our voice reservation team for details about transfers and transport provided by individual hotels.