Our lockdown reading list: 5 travel books to keep you inspired

As the UK joins other countries around the world by entering its second national lockdown later this week, SLH’s Digital Image & Content Executive, Chloe Frost-Smith, shares her favourite travel-inspired books so that you can still let your imagination wander to warmer places.

Following the star-studded life and loves of American actress Maxine Elliott, whose rather outrageous Château de l’Horizon near Cannes became the stylish centre of early 20th century high society escapades from partying to painting, The Riviera Set is a wonderfully nostalgic portrait of the Côte d’Azur. Bask in the Mediterranean sunshine from the comfort of your own home, while getting to know the likes of Winston Churchill and the Windsors in a more leisurely, laid-back setting as they gamble away their fortunes in the Monte Carlo casino, or on the racehorses of Prince Aly Khan. 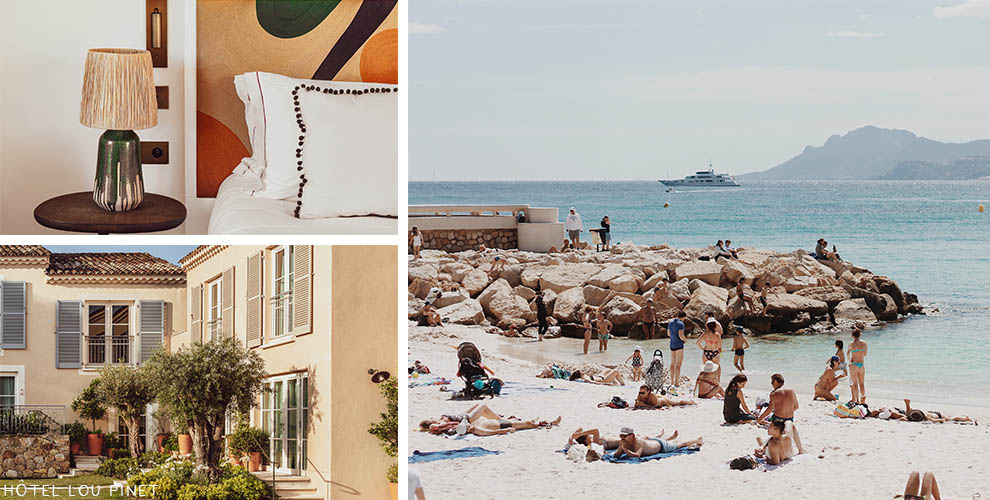 Bookmark: Experience the art deco glamour in modern day Saint-Tropez at Hôtel Lou Pinet, a vintage-inspired art-filled haven away from the crowds but close to the best beaches.

Queen of the Desert: The Extraordinary Life of Gertrude Bell, Georgina Howell

There are few people in history who would have a curriculum vitae quite like Gertrude Bell’s – an Oxford University graduate who was fluent in Arabic and Persian, an archaeologist, poet, photographer, diplomat, cartographer and nation builder, Bell became the architect of the independent kingdom of Iraq in 1921. From the British embassies of Tehran and Cairo, to the remote dunes and Bedouin tribesmen of Palestine and Syria, this impeccably researched biopic transports readers on a historical journey through the Middle East and the reinvention of Mesopotamia. Adapted for the screen in 2015, Nicole Kidman saunters through a slow-paced series of sensationally shot desert scenes alongside Robert Pattinson (as T.E. Lawrence), Damian Lewis and James Franco. It’s worth a watch purely for Kidman’s period costumes and the wanderlust-worthy setting, most of which was filmed in Morocco. 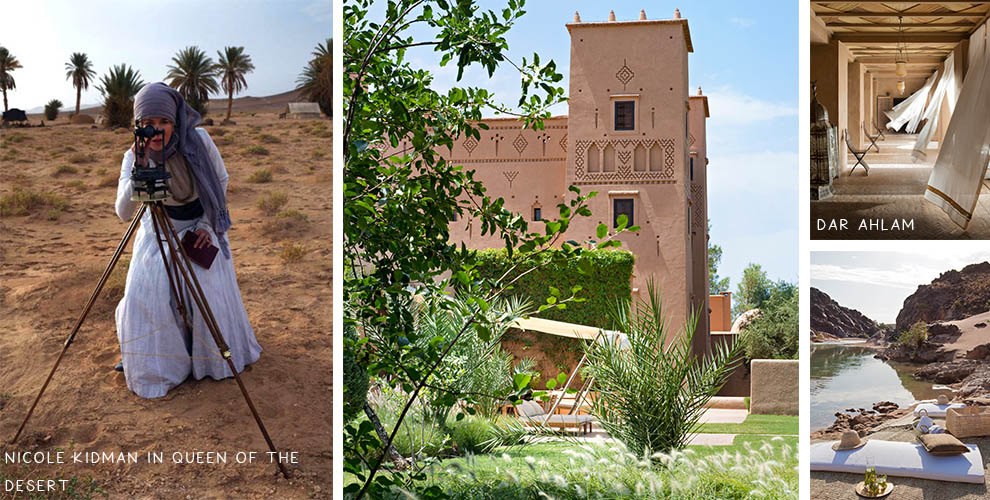 Bookmark: Living up to its Arabic translation as the ‘House of Dreams’, Dar Ahlam is a terracotta-coloured traditional Kasbah on the fringes of the Sahara Desert, where a world of wilderness awaits – sleep under the stars in a luxury tent after travelling more than 1,000km of desert routes by camel or on the back of an Arabian stallion, or sit beside the shores of Ouarzazate Lake beneath a private tent with a personally prepared picnic spread.

For a man who supposedly didn’t “care for islands”, Lawrence’s fleeting visit to Sardinia in 1921 while living in exile on Sicily from England might just prove otherwise. Behind his sometimes disgruntled descriptions lies an admiration for the “strange and rather wonderful” Cagliari, which I was fortunate enough to visit myself in September this year. Acting as a foil for the narrator, Lawrence’s wife Frieda (who is fabulously referred to as “Queen Bee”) accompanies him on the trip and falls in love with Sardinia, a place quite unlike Italy or anywhere else for that matter, with a patchwork history belonging to the Romans, Carthaginians, and the Saracens. 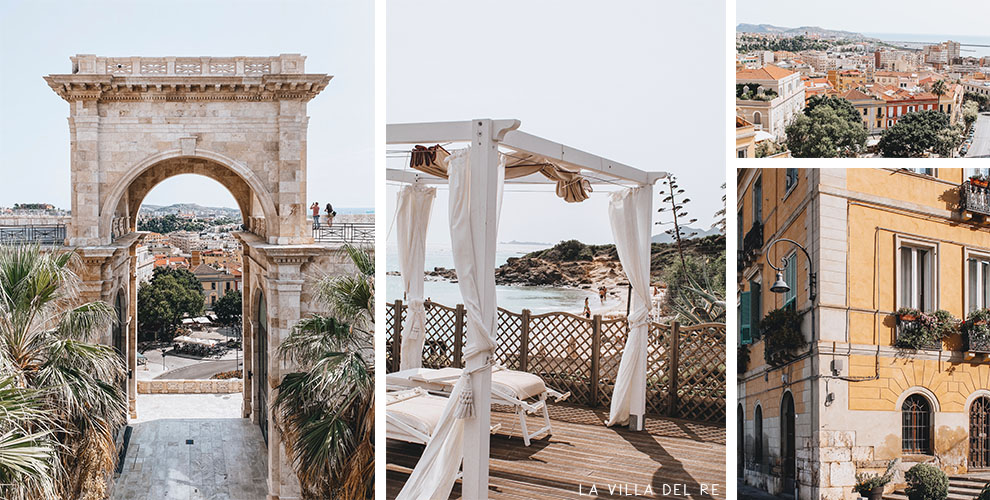 Under the Tuscan Sun, Frances Mayes

I was enamoured with everything about Tuscany long before reading Under the Tuscan Sun, following a childhood visit filled with cypress-lined horse riding trails through fragrant forests and over rolling hills, but the memories came flooding back when I picked up Mayes’ long celebrated novel for the first time. A passionately written memoir of her life in the Tuscan countryside spent restoring Bramasole, an abandoned villa with faded frescoes and its own vineyard, Mayes gives readers a true taste of rural Tuscany – including dozens of seasonal recipes, all made using ingredients from her garden or the vibrant local markets. 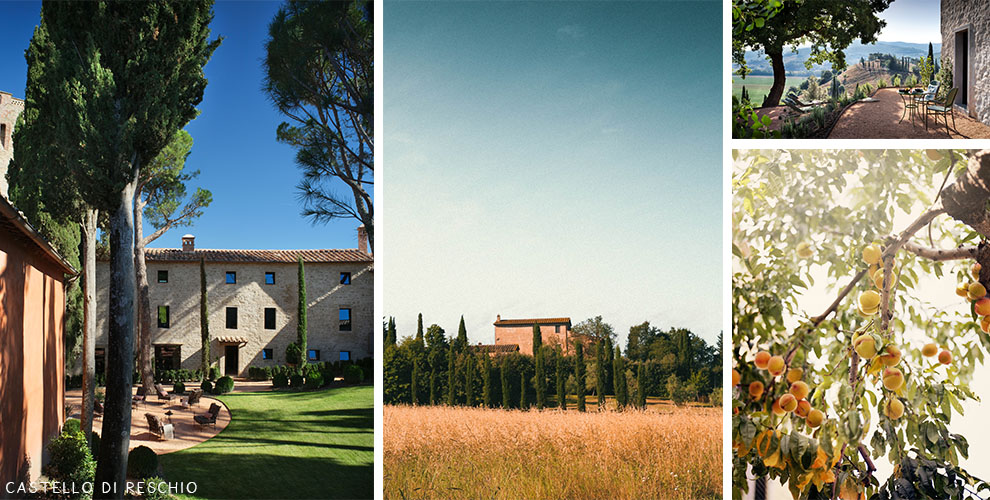 Bookmark: A grand estate huddled amidst the green hills on the Umbrian-Tuscan border, rooms at Castello di Reschio come courtesy of nine bespoke farmhouses dotted across a 1,500-hectare landscape. Feast on locally-inspired dishes at the Alle Scuderie restaurant, which prides itself on using homemade produce – including honey, olive oil, pasta, and wine, to the sound of Andalusian horses cantering by.

An autobiographical account of his time in Cyprus, Lawrence Durrell navigates the turbulence of the Enosis movement during the 1950s for freedom of the island from British colonial rule with poetic artistry, moving from a light-hearted beginning of colourful local characters towards a darker, deeper reflection on imperialism. Step into a poignant memoir of idyllic island life, with beautifully described clifftop villages, Mediterranean trees, flowers, and beaches, and all the natural beauty of this heady landscape. 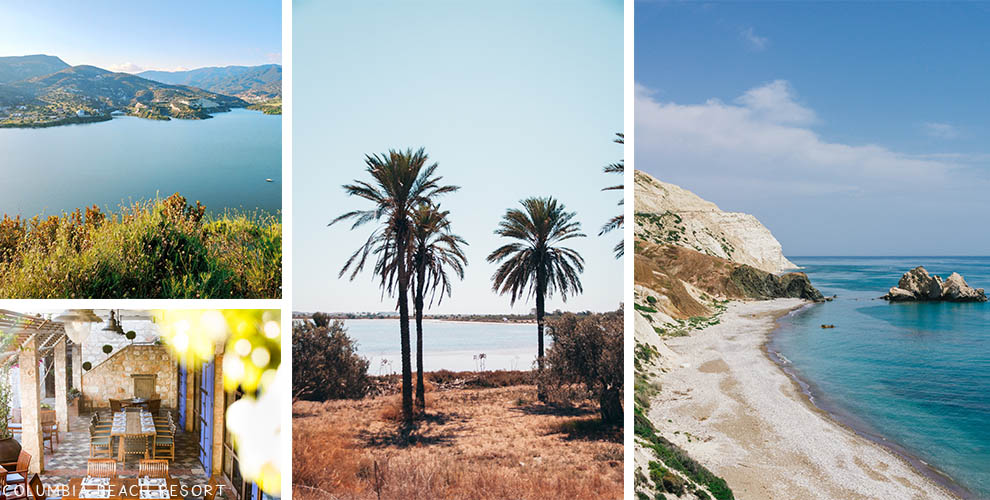