Verdant vineyards laden with fruit, soon to be sipped as world-famous fizz on waterfront balconies. Freshwater fish served on pretty plates straight from lake-to-lunch. Medieval villages, Venetian palaces, and star-studded villas oozing old world charm. All framed by dramatic mountain views as far as the eye can see. The Italian Lakes are home to some of Italy’s most beloved scenery, and have long drawn an exclusive crowd to their head-over-heels romantic landscape – where you’ll also be just a stone’s throw from the must-see cities of Milan and Verona. 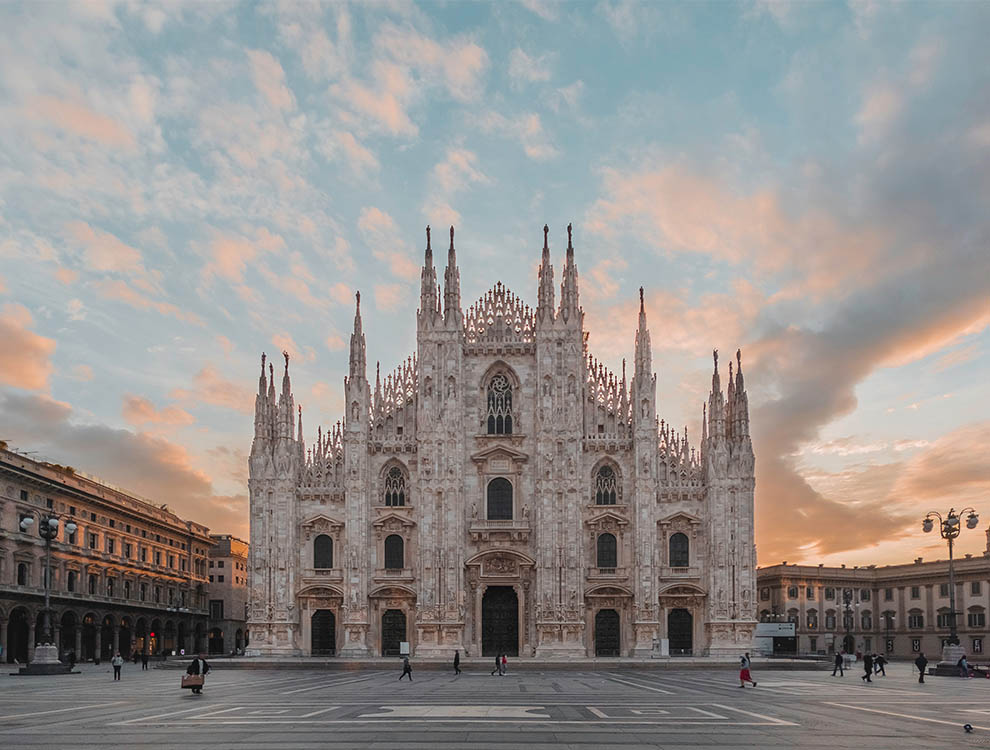 As one of the world’s most fashionable destinations, Milan has bags of style and character to match (just like the impeccably dressed locals). Trend-setters won’t be short of shopping options here, from the world-renowned Quadrilatero d’Oro quarter – home to fashion houses Armani, Versace and Dolce & Gabbana – to Il Salvagente, one of the city’s best-known designer outlets, where unique high fashion pieces can be sourced for bargain prices. If you’re visiting on the last Sunday of the month, head to Mercatone dell’Antiquariato, a canal front antiques market brimming with one-of-a-kind treasures. 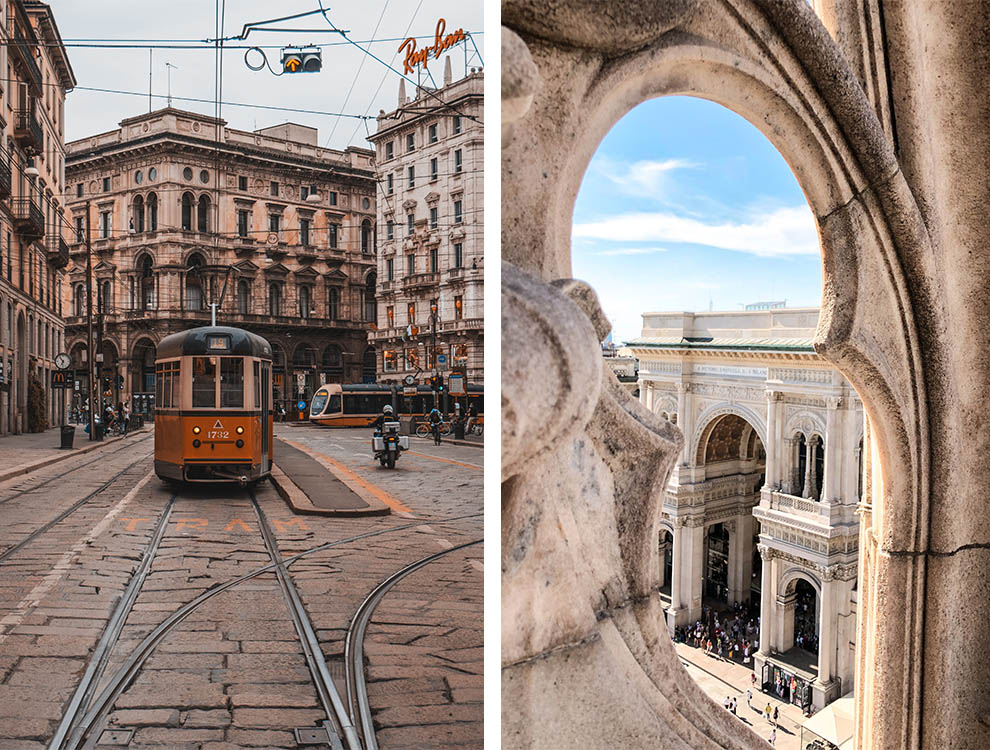 Of course, there is more to this sophisticated city than its shops – the awe-inspiring Duomo Cathedral is just one of its highlights. View Leonardo Da Vinci’s Last Supper at Santa Maria delle Grazie. Take in the painted walls and arched ceilings of the Chiesa di San Maurizio al Monastero Maggiore, or the prints of the Ambrosiana Library. And for the most charming way to see the city centre, hop onto one of the iconic yellow trams for some slow and steady sightseeing. 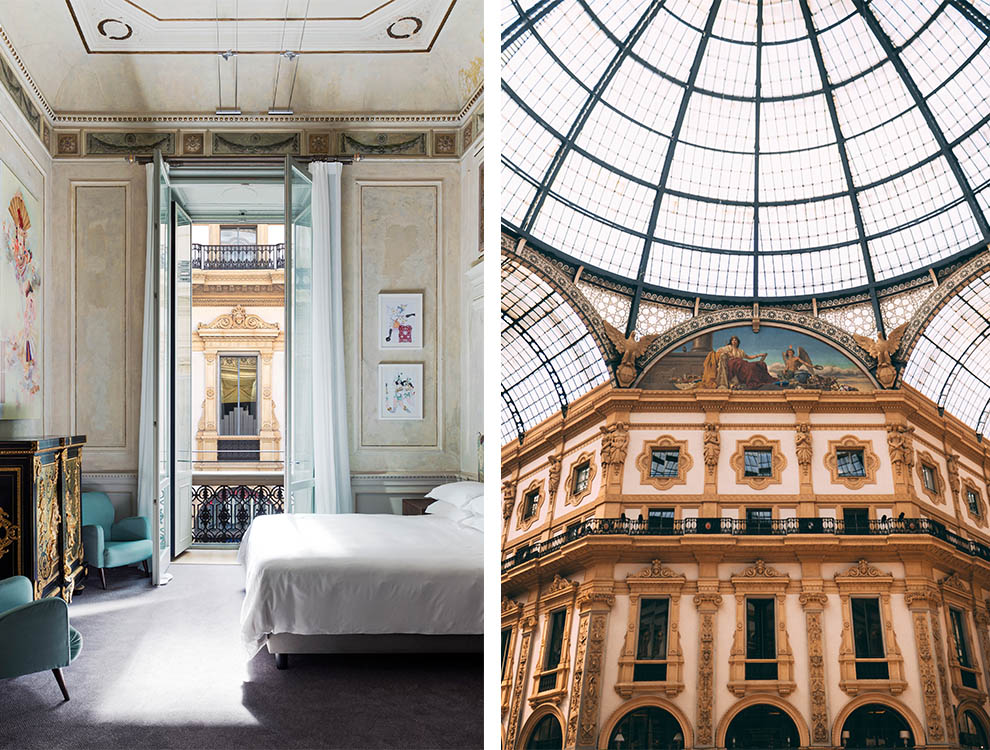 One of the individually designed bedrooms at Galleria Vik Milano, almost exclusively decorated with Italian-made furniture and artworks. 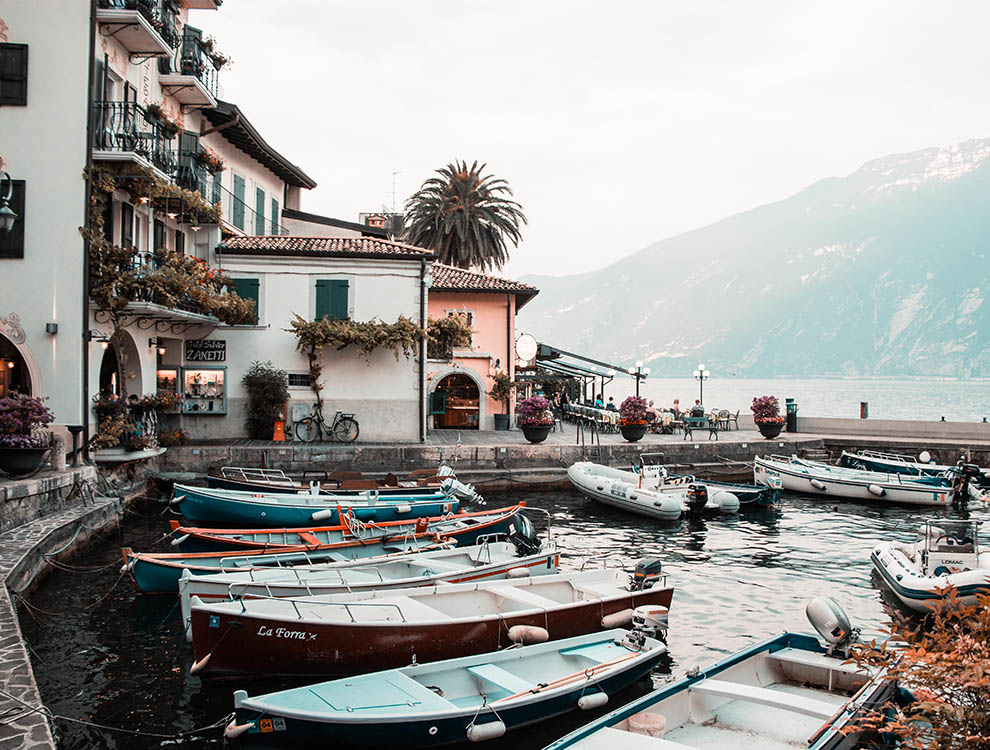 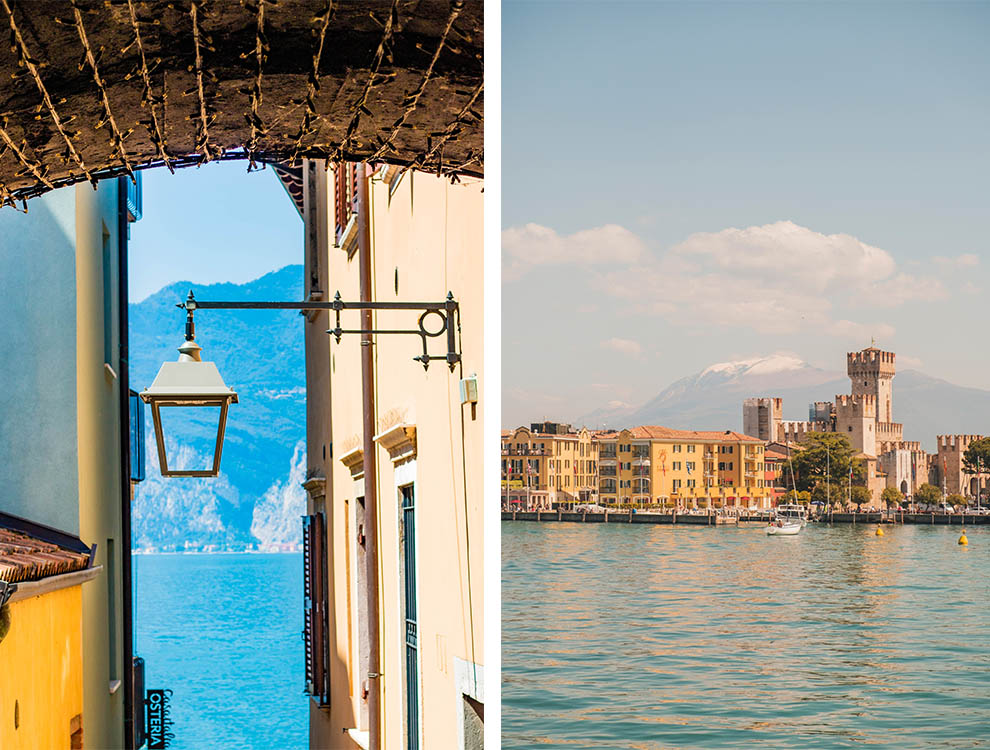 The largest of the Italian Lakes is just a two-hour drive from Milan, with plenty of picturesque stopping points along the way. A feast for the eyes as much as the stomach, drizzle just-pressed olive oil over freshly caught fish, washed down with Limoncino liqueur from the region’s many citrus trees as you take in the fjord-like views of hilltop castles, Roman villas, and olive groves. Dip into lakeside life at Sirmione Spas, or soak in the warm waters of the magnificent Garda Thermal Park. 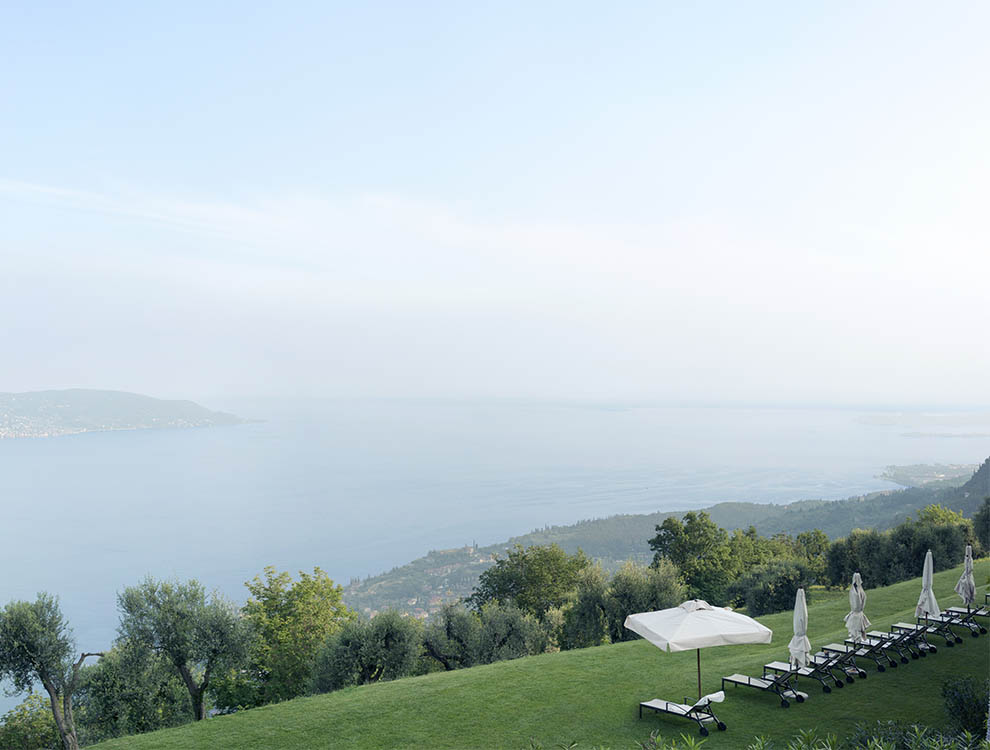 An elegant eco-friendly spa destination overlooking Lake Garda, Lefay Resort & SPA Lago di Garda has been thoughtfully designed to blend with its surrounding natural terraces, woods and olive groves. Make the most of its extensive temple of wellness when you’re not drinking in the lakeside views from every suite. Suggested stay 3 nights. 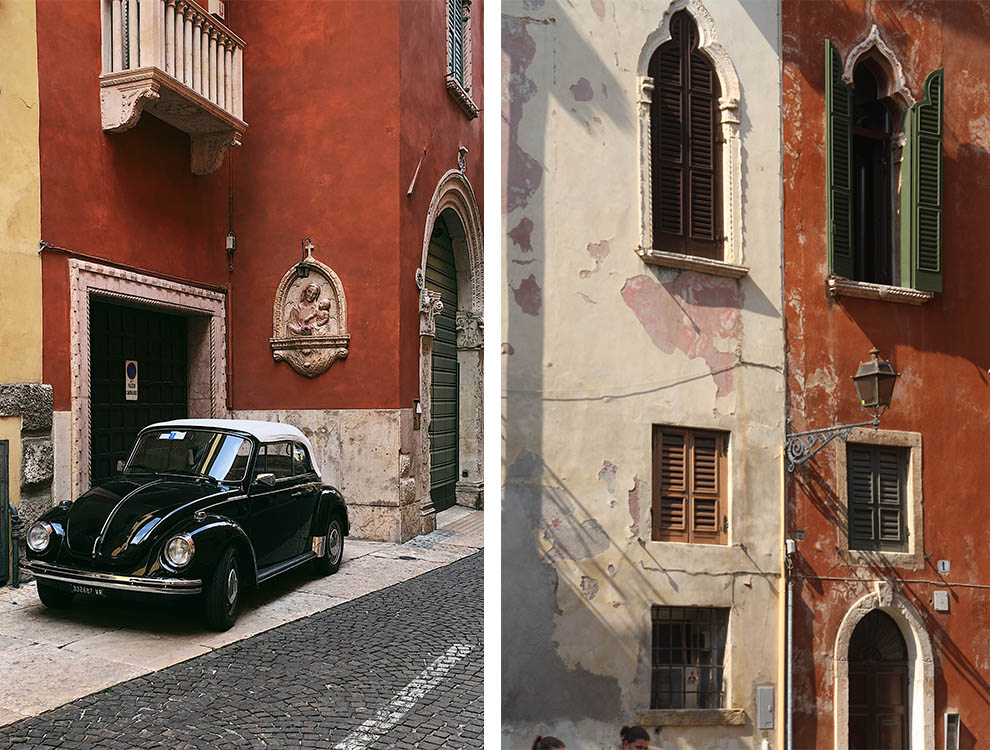 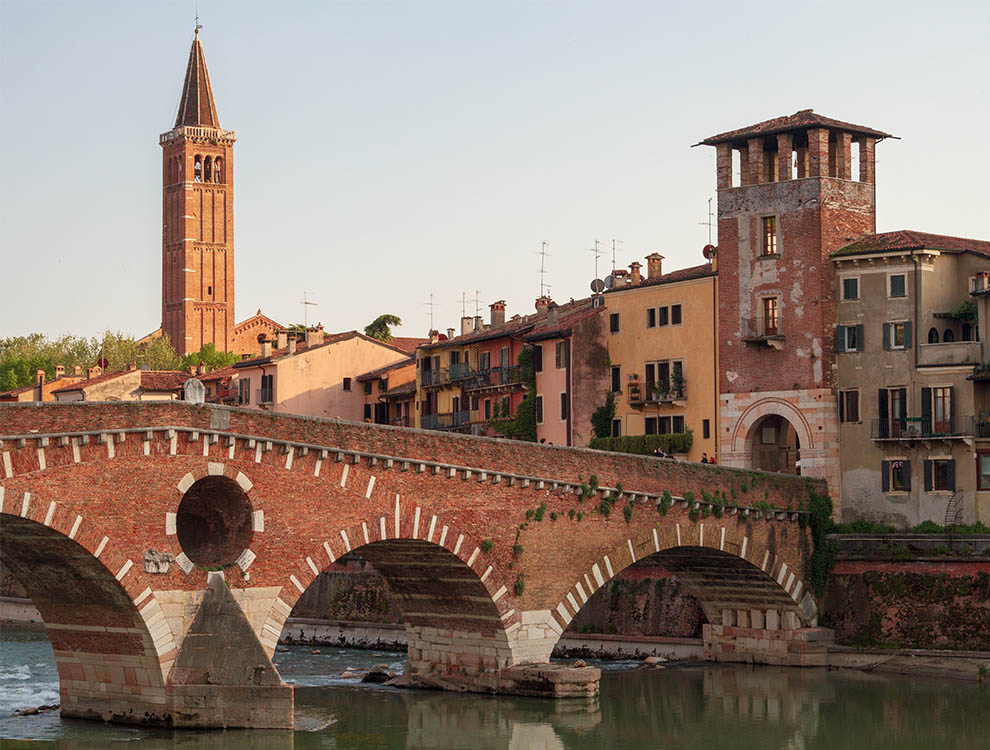 Meanwhile, the UNESCO World Heritage site of Verona is an hour-and-a-half’s drive from Lake Garda – the perfect journey breaker filled with classical treasures, Roman ruins, and romantic spots to share some local risotto at a traditional Osteria. After a visit to Juliet’s House on Via Capello to see that balcony, continue the Shakespearean theme with a stay at Escalus Luxury Suites, taking its name from the bard’s Prince of Verona. Set in an enchanting palazzo, this all-suite hotel puts the ancient centre at your feet. Suggested stay 1 night.

TO COMO WE GO: THE GREATEST LAKE* *According to Virgil that is. And who are we to argue with ancient Rome’s most celebrated poet? Lyricists have long sung its praises, and it’s not difficult to understand why. Quickly becoming a film-star favourite in Hollywood’s heyday, the glitzy villas strung along its Y-shaped shore have graced cinema screens ever since. The pretty village of Bellagio, often referred to as the Pearl of Lake Como, lives up to its popularity, while sleepy fishing villages such as Torno and Laglio promise a quieter, more rustic experience. And though there is plenty to explore on foot, this tranquil titan is best seen from the water. 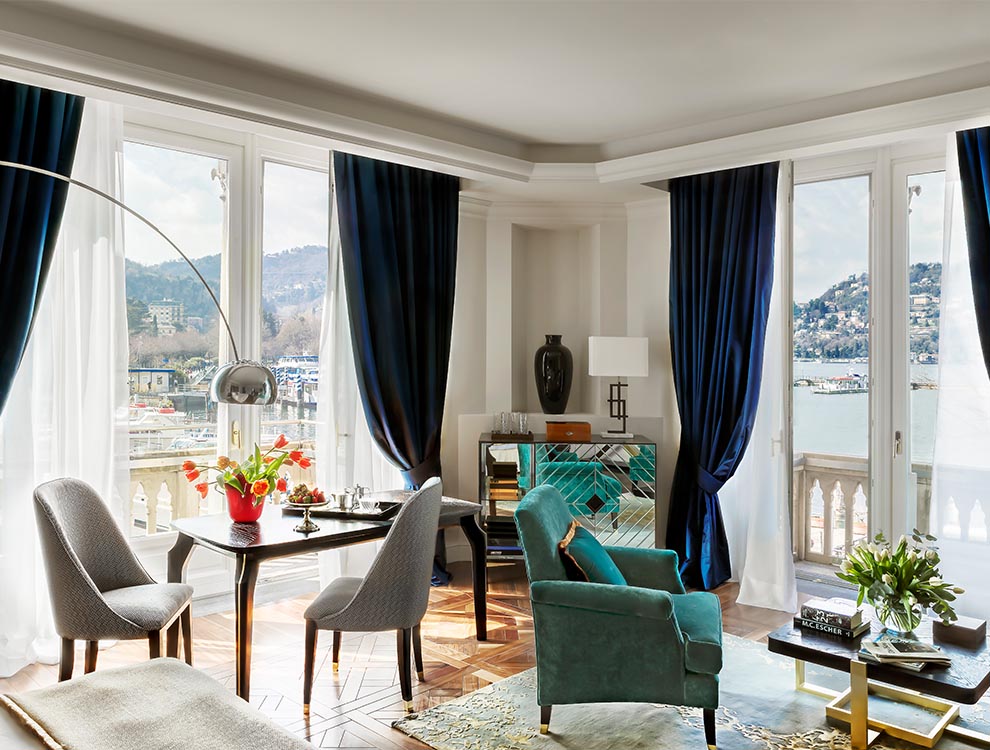 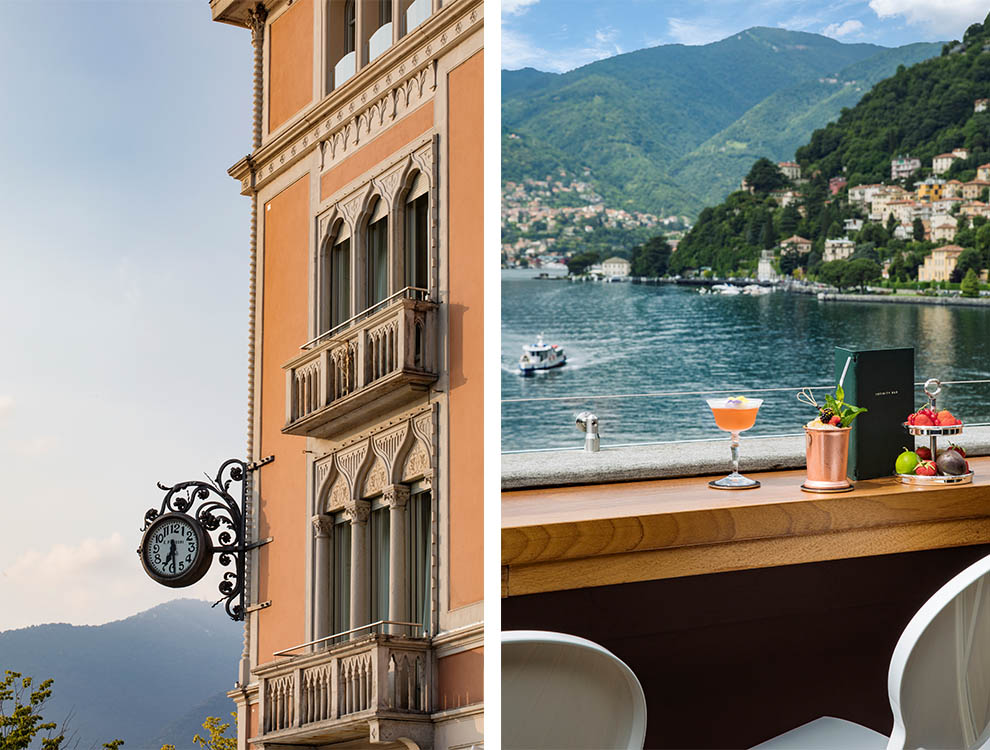 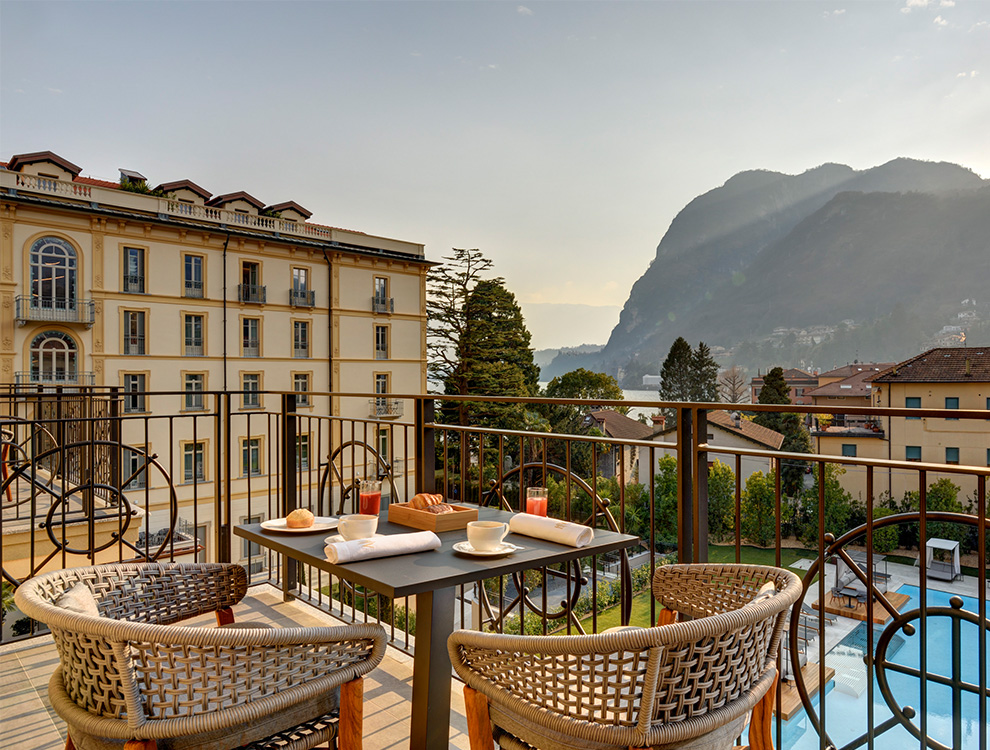 With the city at its back and Lake Como at its door, Vista Palazzo Lago di Como has the perfect anchor point. The apricot-coloured façade with romantic balustrades gives way to the kind of marble bathrooms you only find in Italy. The clue’s in the name here, this ritzy retreat lets the views do the talking. For an in-depth discovery of the lake’s best kept secrets, book onto an exclusive four-hour tour with your personal outdoor butler. Just a 50-minute boat ride from the ancient city of Como, you’ll find Grand Hotel Victoria, a 19th-century neoclassical villa, which still wears its heritage on its sleeve. After dining with wraparound lake views at Ristorante Lago, take a stroll along Menaggio’s elegant promenade for some cinematic sunsets. Suggested stay 3 nights.

LAST BUT NOT LEAST: LAKE MAGGIORE 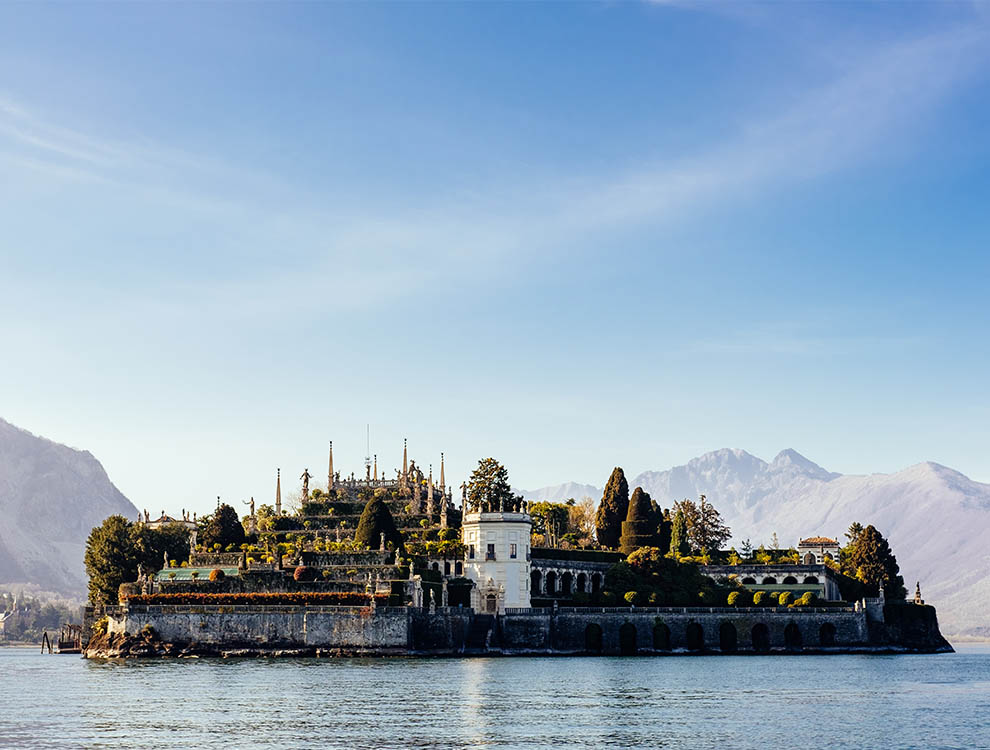 Straddling both Italy and Switzerland, Italy’s second largest lake is an hour-and-a-half drive from its glamorous big brother and comes with views of the snow-dusted Alps. Renowned for its wide range of food products, Lake Maggiore is a gastronome’s delight. Sample regional cheeses like Bettelmatt, locally produced honey and delicious cured goat meat. Or take a picnic to the flower-filled Borromean Islands sprinkled with palm-filled gardens and little lakeside parks. 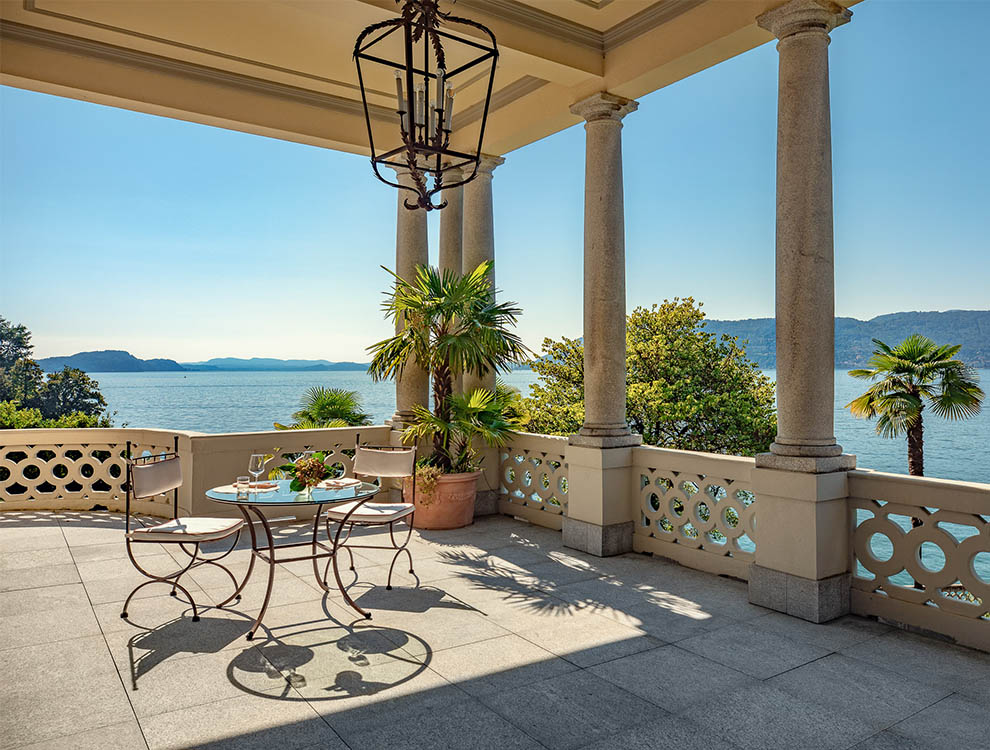 A truly majestic Belle-Epoque villa resting on the shores of Lake Maggiore, Grand Hotel Majestic was built in 1870 when fashion dictated a palatial façade, large rooms and delightful English-style gardens. Settle in to the sensational wellness centre with an indoor pool, and rooms with glorious lake, mountain, and island views. Suggested stay 2 nights. Milan Malpensa airport can be reached in under an hour from Lake Maggiore by car.

Seeing the most of the Italian Lakes is best done driving, which makes a car the essential method of transport (ideally one with a spacious boot for all your Milan shopping bags). If you’re in need of a rental or transport between hotels, as always, ask our Voice Reservation Team for further details. For milder Mediterranean temperatures, visiting during the shoulder seasons guarantees just the right amount of sunshine and fewer crowds.