An elemental escape in the UNESCO Dolomites

While holidaying with his wife in the UNESCO listed Dolomites, Kurt Offenhammer, SLH Director of Sales for Germany, Austria, and Switzerland, was in his element at the new summit-level sanctuary, Forestis. 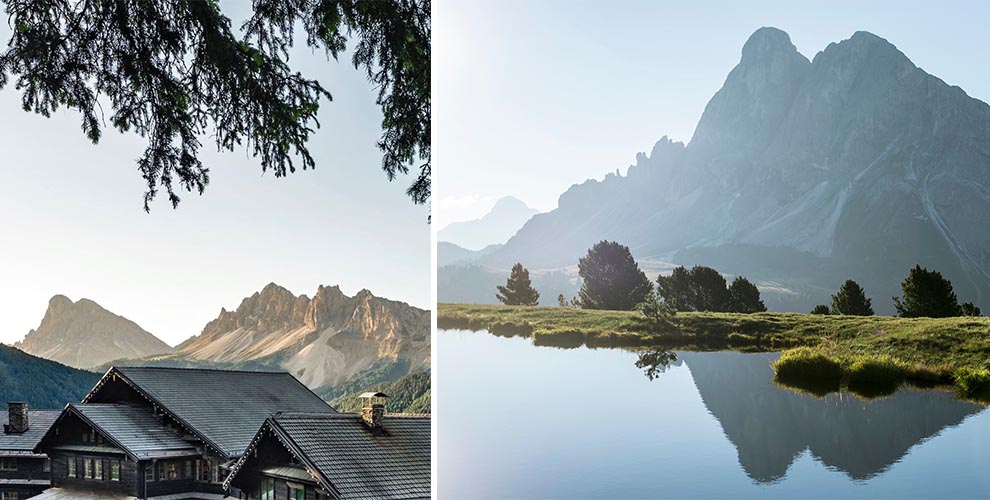 It took us a good hour of scenic driving over the Passo delle Erbe before we arrived at Forestis, which is situated at an altitude of 1,800 metres high above the towns of Brixen and Bressanone. We were greeted by the charming owners, Stefan and Teresa, and given a tour of the hotel by Teresa – Forestis is just as beautiful on the inside and it is from the outside, and cleverly blends the two by bringing the outdoors in.

A long-term project of the owners since 2008, historical Alpine architecture fuses with contemporary touches. Stefan and Teresa preserved the historical building and have added modern elements, a word which is at the heart of the Forestis philosophy, throughout the property – six out of their eight proposed architectural concepts have been accepted by the local authorities. Building three additional towers as a tribute to the surrounding forest, all rooms and suites have direct views of the mountains and the breath-taking scenery that awaits you from every angle of the hotel. 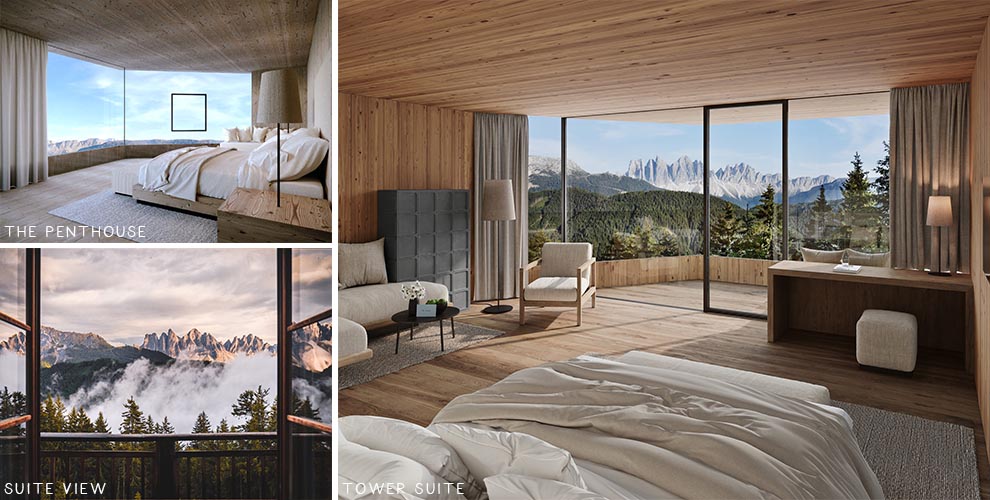 The interiors are a masterclass in modern Alpine design. Most of the interiors, whether it’s furniture, curtains, carpets, or lighting have been designed by Stefan and Teresa, and most importantly, everything has been sourced and created locally.

We were also shown inside the huge hotel kitchen which has been completely re-built. Blending old-established traditions with the creativity of modern cooking, the Forest Cuisine exclusively uses locally sourced ingredients which have been foraged from the surrounding land and farms. Continuing their use of nature’s bounty in the Forestis bar menu, using woodland essences such as herbs, nuts, and berries, as well as shrubs, barks, and fir needles, each drink is a tribute to the trees which encircle the hotel.

We had lunch on the terrace with a beautiful glass (or two) of Sauvignon Sanct Valentin from the Cantina St Michael in Eppan, South Tyrol and the steak tartar prepared using local beef accompanied by mountain artichokes on barley with herb oil – this is authentic farm-to-table cuisine at its very best. 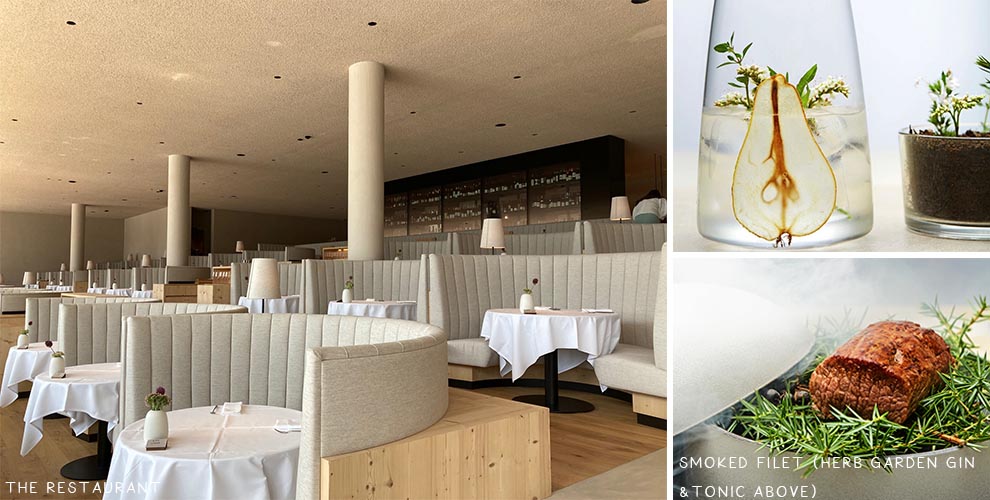 Regretfully, we had to leave after lunch and could not experience the one-of-a-kind restaurant which is built like an amphitheatre, with tables for two dispersed over four levels – and an unparalleled view of the Dolomites.

BACK TO NATURE EXPERIENCES

One thing I would like to experience at Forestis is to sleep outside. Teresa told us that the balconies and lounge furniture of every suite in the three towers are so spacious and comfortable that many guests spend a night under the stars during the warmer months. The hotel is also ski-in ski-out during the winter, and has been designed to immerse every guest in the restorative powers of nature, from sunrise Wyda yoga descended from Celtic rituals to hiking and herbal tea – Forestis is a hotel that touches your soul. 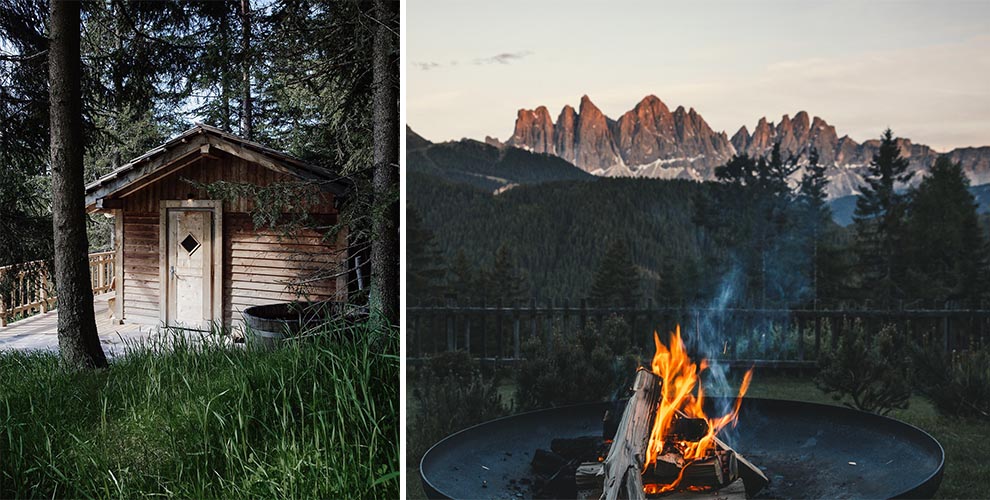