Capturing the beauty of San Miguel

Travels with your camera in Mexico

San Miguel de Allende: the historical city of ever-changing art. From galleries and museums to exquisitely painted street murals, this corner of Mexico shines bright on the cultural radar. Whether you’re packing light with a compact camera, or bringing an SLR with lights and lenses, our top tips will take you on a photo tour of the city and its sights, from the big hitters to smaller street scenes.

The boutique Hotel Amparo is a short saunter from San Miguel’s Zona Centro Histórico, where history and modernity fuse in a vibrant celebration of all things artisan. While at Hotel Amparo, you can also take advantage of the hotel-run workshops and craft classes, delivered by local artists. 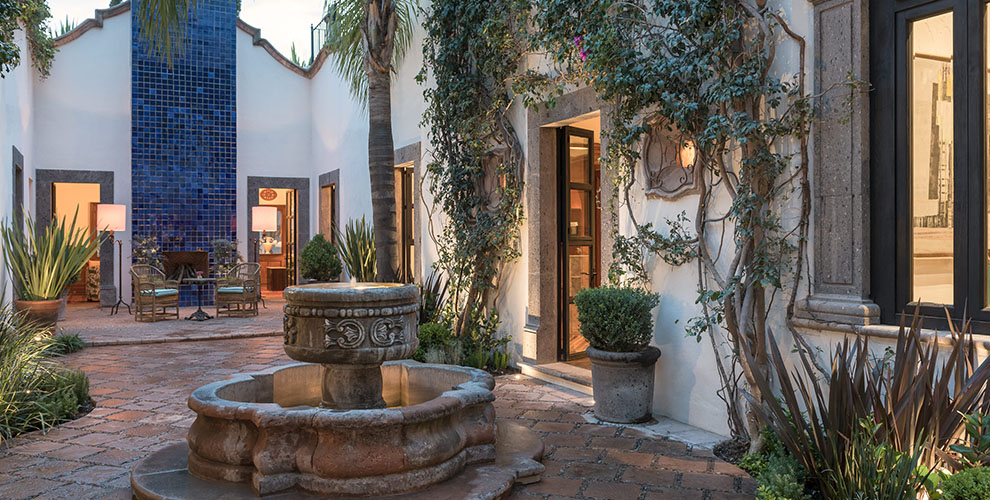 One thing Mexico has in abundance is photogenic natural light. With an overcast wet season, a partly cloudy dry season, and warm weather year-round, even your quick snaps will capture the vibrancy of the backdrops and city scenes. Pack your polarising filter for dramatic skies and vivid buildings. Dynamic street art meets you at every turn in the neighbourhood of Guadalupe – or for an epic celebration of colour, the Chapel of Jimmy Ray gallery has all manner of murals, mosaics and sculptures in its beautiful grounds.

[Box out: The Mexican midday sun can be quite unforgiving, so if you’re shooting portraits (or selfies), you might want a pop of fill-in flash for the shadows.] 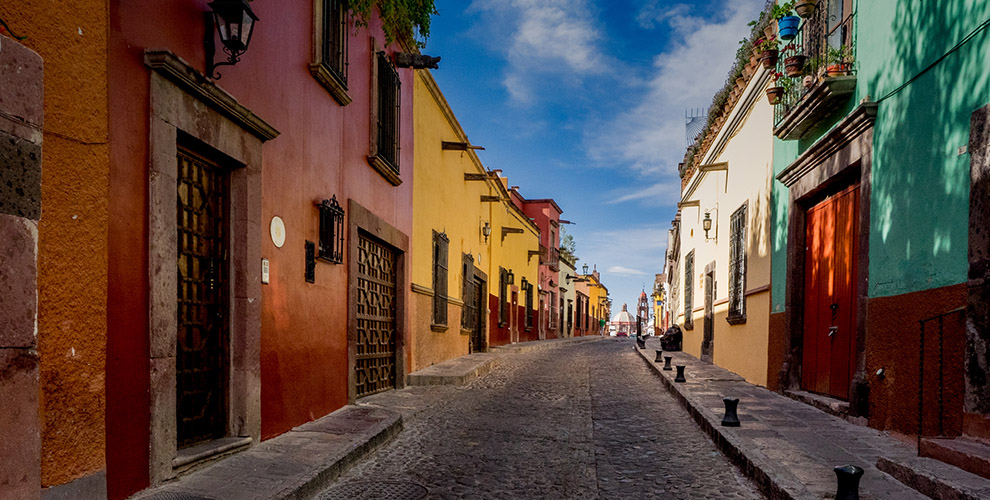 San Miguel’s architecture is spectacular. A tilt-shift lens is ideal to make the most of the towering geometry of La Parroquia de San Miguel Arcangel. But if you don’t have a tilt-shift or land camera in your holiday kit (because let’s face it, who does?), converging verticals can also make for dramatic compositions. For an interestingly lit shot, head to Plaza San Miguel de Allende at twilight for a new perspective on the basilica. The nearby Centro Cultural Ignacio Ramírez will also provide some spectacular external shots – not just from the building itself, but also the large internal courtyard, with its surrounding cloisters. Here you’ll find exhibitions of paintings, drawings and sculptures, as well as live dramatic arts performances.

For indoor architecture, you’ll realistically want a camera setup that’s well-suited to low light (sorry, camera phones!). Most modern DSLRs have excellent noise-cancelling functionality, so if you’re working handheld, make sure this is switched on and ramp up the ISO value. The Templo de la Purisima Concepcion has an intricate main altar so you might also want a longer lens to capture all the detail.

On the ground floor of the Centro Cultural Ignacio Ramírez, the recently restored Siqueiros mural inhabits an exceptional space. The symmetry of the artwork in the cloisters is so spectacular you’ll want to spend a few minutes setting up right in the centre. For the sharpest, cleanest image, pop your camera on a tripod, and turn the ISO down low.

A short stroll from Hotel Amparo brings you to Mercado de Artesanias, home of craft stalls and local foods. A truly authentic Mexican market experience can also be found in the Tuesdays-only Tianguis de los Martes, or the indoor-outdoor Mercado San Juan de Dios. You’ll want your widest lenses here – 27mm or less – to capture the activity and closeness of the stalls. Whilst the market scenes invite saturated high-colour shots, don’t rule out a bit of classic black and white. The strong shadows cast by the afternoon sun can make something as simple as railings on cobbles look dramatic. Above all, this is a city that thrives on making new and exciting art, so whatever your photographic style, you’ll come back with shots as bold and unique as this cultural capital.