How to ski Lake Placid like an Olympian with Andrew Weibrecht

North America’s ski scene has more than its fair share of big names – the likes of Utah, Colorado, and Whistler immediately come to mind. But the lesser known mountain village of Lake Placid is having a moment, as an increasing number of New Yorkers are escaping the city in search of back-to-nature experiences. Born and raised in Lake Placid, World Cup alpine ski racer Andrew Weibrecht has the same number of Olympic medals to his name as the times his hometown has hosted the Winter Games, making his first tracks on the slopes of nearby Whiteface Mountain as a child – where he now offers exclusive sessions to guests of his family-run property, Mirror Lake Inn Resort & Spa. 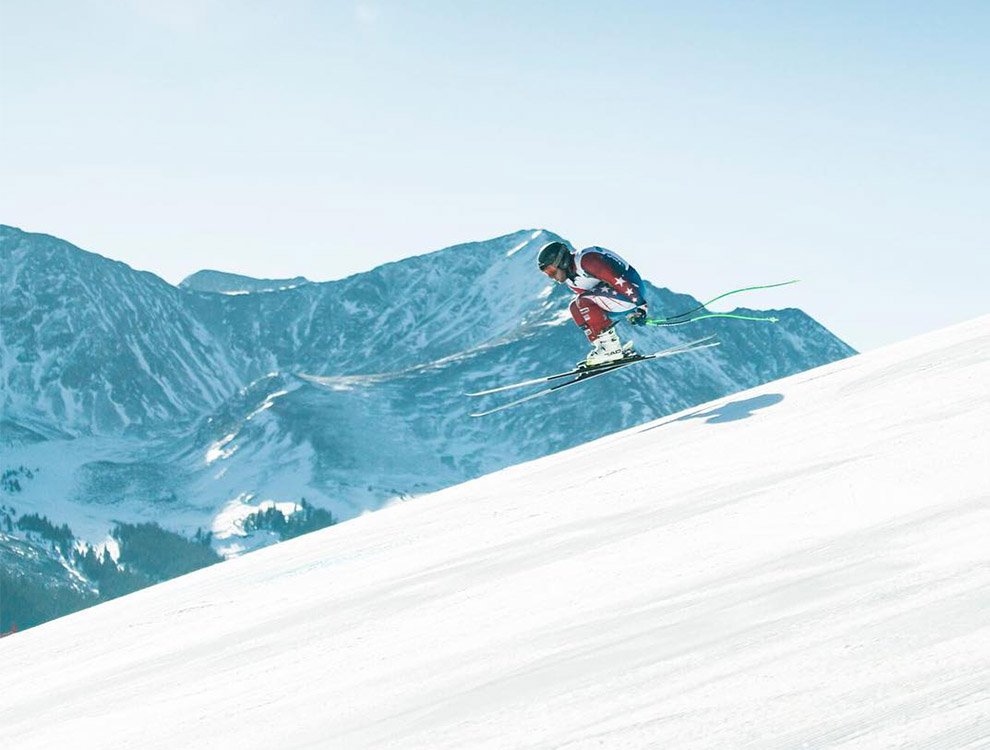 While skiing has taken him around the world, Andrew is now happily settled in the place he has always called home with his wife, the daughter of an Olympic ski jumper, and growing family of snow-seekers. Joined at the family’s lakeside inn by former ski instructor father Ed, skiing and luge national champion mother Lisa, and brothers Jonathan and Ethan who oversee the hotel’s on-site ski shop, the Weibrechts are never too far from the slopes and as Lake Placid locals, know the Adirondack Mountains like you would your own backyard.

Since retiring from competitive alpine racing in 2018, Andrew has established a successful ski programme with Mirror Lake Inn which is open to skiers of all ages and abilities, and offers guests not only an Olympian outlook to the sport but a truly local experience. During the summer months, Andrew swaps ski poles for fishing rods while hosting an annual fly-fishing weekend as a slower paced way for guests to explore the natural beauty of the Adirondacks.

What technical ski advice would you give a first time visitor to Lake Placid?

Start slow. Whiteface Mountain is an incredible place to ski but the running joke with locals is that our green trails are like everybody else’s blues and our blues are like their blacks. That being said, there are portions of the mountain that offer great beginner terrain but it’s important to understand that Whiteface is a tough mountain so it benefits unfamiliar skiers to get a feel for the terrain before fully jumping in.

Where do you like to take intermediate skiers for a day on Whiteface Mountain?

The beauty about how Whiteface is set up, is that intermediate terrain can be accessed from all three peaks of the resort (Little Whiteface, Whiteface and Lookout Mountain). I love to take people up the Cloudsplitter Gondola, which offers some of the best views over the town of Lake Placid and the Adirondack High Peaks. My all-time favourite intermediate trail from the top of the gondola is a meandering, winding number called Excelsior. 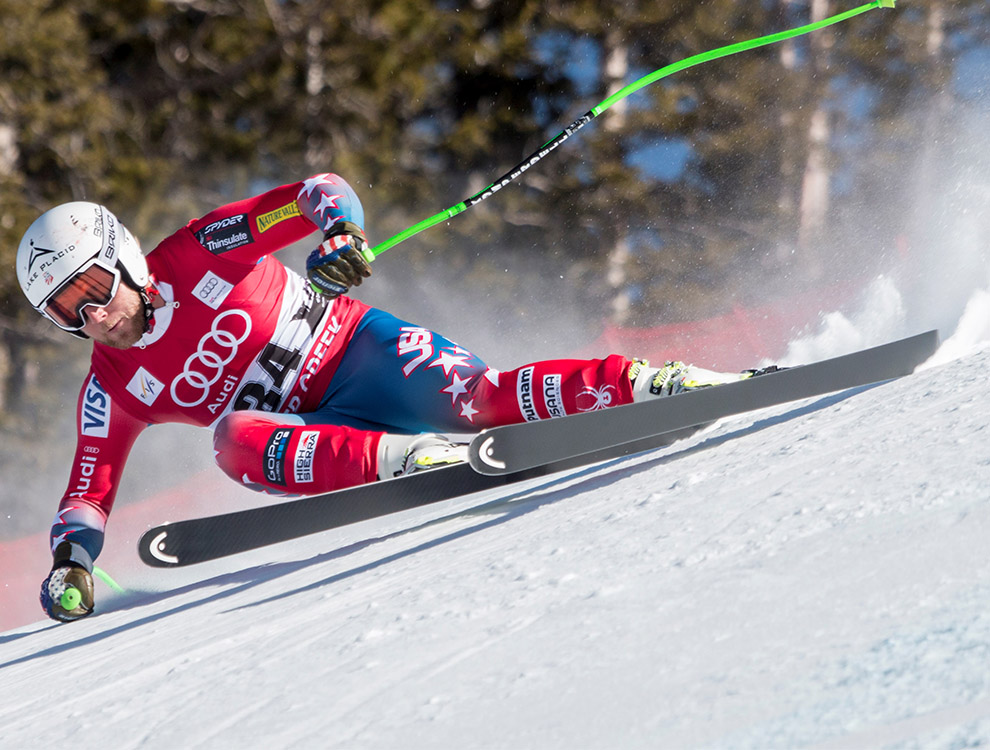 If going off-piste, which backcountry trails would you recommend?

There are many great lift access off-piste trails at Whiteface Mountain, that are great fun when the conditions are good. Additionally, since we are located in the High-Peaks region of the Adirondack Park, we have the luxury of great backcountry skiing that’s only a short drive away. Although you have to work for it, there is nothing quite as thrilling as hiking up and skiing down some of the tallest peaks on the East Coast; for anybody interested in that kind of thing Mt. Marcy (the highest peak in New York) is one of my favourites.

Which areas are best for expert skiers looking for a challenge?

“The Slides” at Whiteface are hands down the best lift access, expert skiing east of the Rocky Mountains. From the Summit Lift at Whiteface you can take a short hike into The Slides and experience true backcountry skiing for a fraction of the effort. While they are not open all the time, The Slides are definitely a bucket list run for any East Coast skier.

How would you spend a perfect summer’s day on Lake Placid?

My perfect summer day would be a pretty full one and would probably require about week for me to recover from, but here it is. I would start early and head out to fly fish for the first few hours of daylight on either the Ausable River or one of the nearby brook trout tributaries. After a quick breakfast, I would hit the 100 plus miles of mountain bike trails around town and ride until I got my fill and need to switch to leisure activities. In the warmest part of the day, I would take to the lake with my wife and two girls and spend the afternoon relaxing in the sun and fishing for pan fish which the kids love to catch. Cap that all off with a dinner and beer on the Cottage Café deck and that will put me to bed tired, fulfilled and mentally recharged. 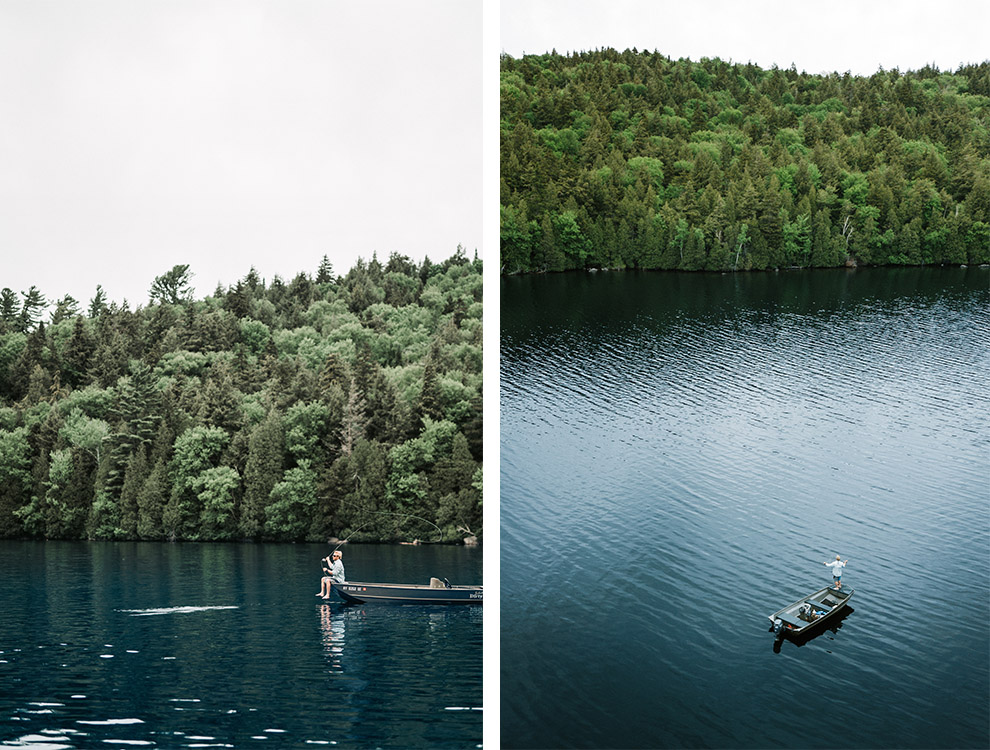