Perhaps it’s following in the footsteps of the famous. Or maybe it’s just our love of a good, old yarn. Whatever fires your imagination, there’s nothing quite like the wonder of history. So travel back in time with our pick of luxury historical hotels – and when best to visit them. 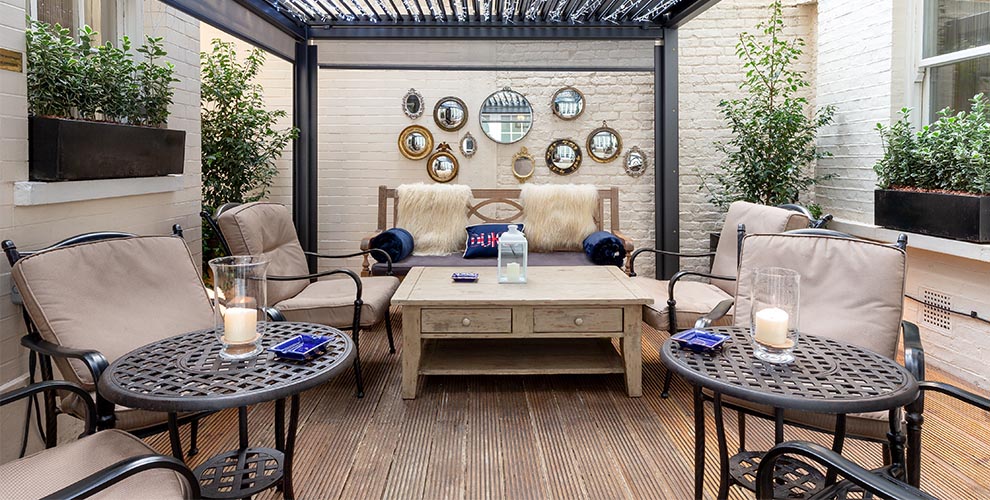 Dukes Hotel, London. This classically-styled hotel was once a regular haunt of 007 author Sir Ian Fleming. Still renowned for its cocktails, the hotel bar is said to have inspired the fictional spy’s legendary tipple. So pull up a pew and prepare to be stirred (but hopefully not shaken) in this famous watering hole. 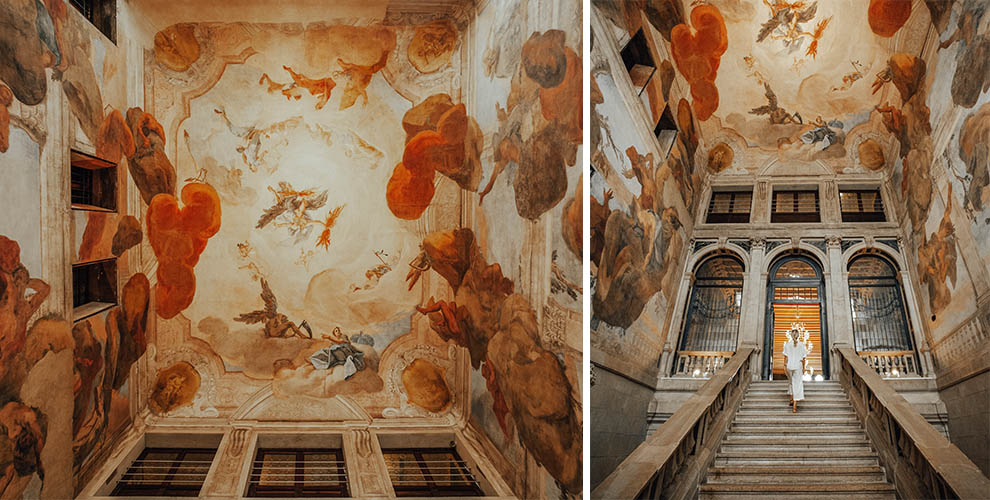 Ca’ Sagredo Hotel, Venice. A magnificent palazzo overflowing with historic artworks, let Ca’ Sagredo transport you to 15th century life on the Grand Canal. To really get into character, don your bauta mask for the spectacular Carnevale di Venezia – first held in 1152. (The celebrations in 2018 run from January 27 to February 13, so you’ve plenty of time to prepare your costume). 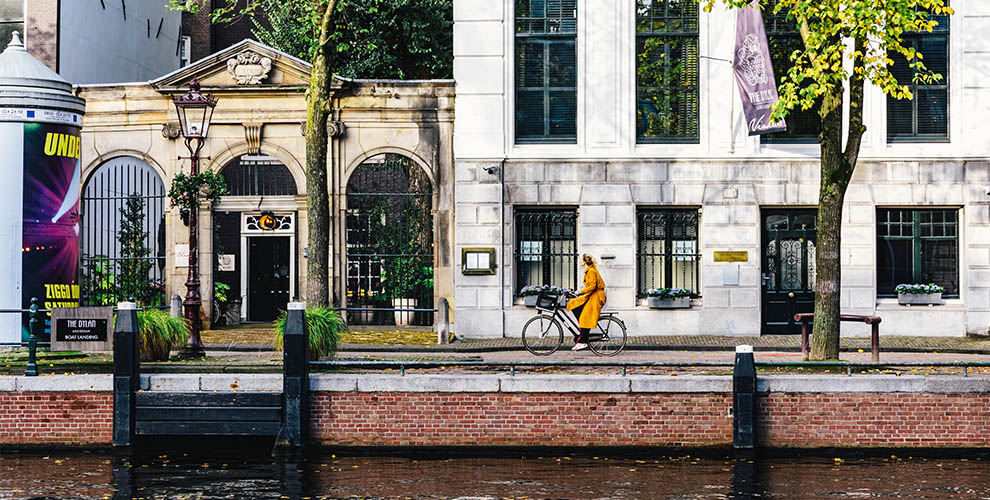 The Dylan, Amsterdam. This former 18th century canalside theatre has welcomed many well-known visitors in its time, with Antonio Vivaldi himself once conducting here.Today, the hotel’s modern refurbishment retains touches of antique style. And if you’re visiting in March, don’t miss another historic Dutch sight: the beginning of tulip season. 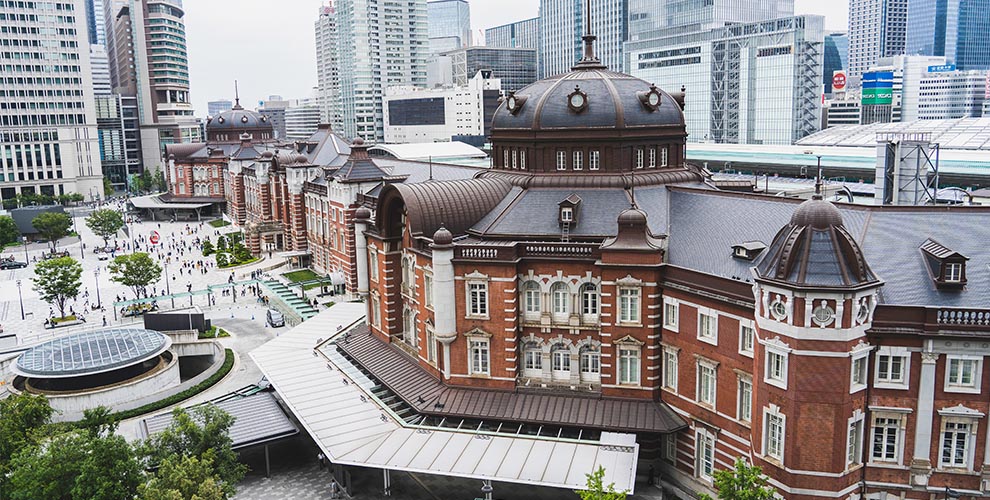 Tokyo Station Hotel, Tokyo. A curious architectural blip in a city of skyscrapers, this red-brick, distinctly European railway hotel has been offering travellers golden age glamour since 1915. It’s also a stone’s throw from the grounds of the Imperial Palace – where you can catch the world-renowned cherry blossom in full bloom. 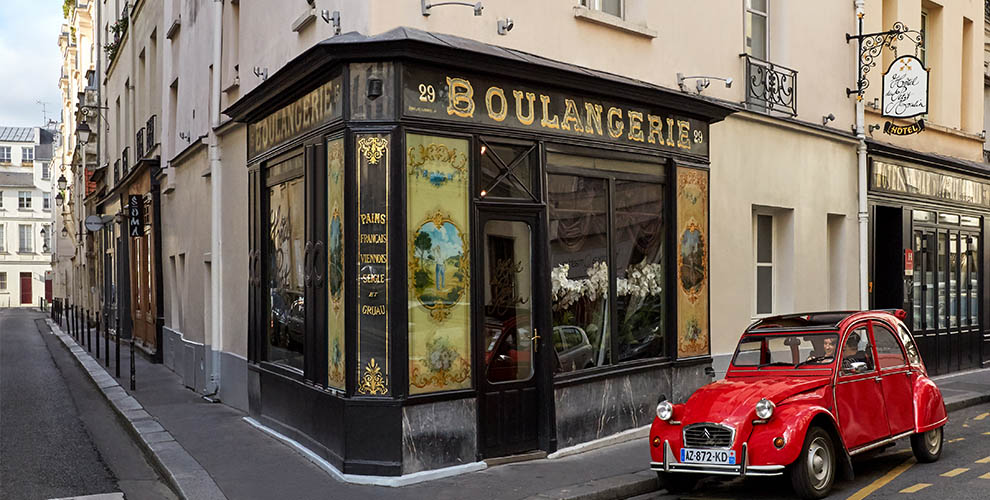 Hôtel du Petit Moulin, Paris. They say Paris is at its peak in the spring. And with bread an iconic part of French cultural history, where better to stay than the capital’s very first boulangerie – whose clientele included novelist Victor Hugo. Retaining its vintage painted storefront, this boutique hotel combines period charm with ultra-modern design. 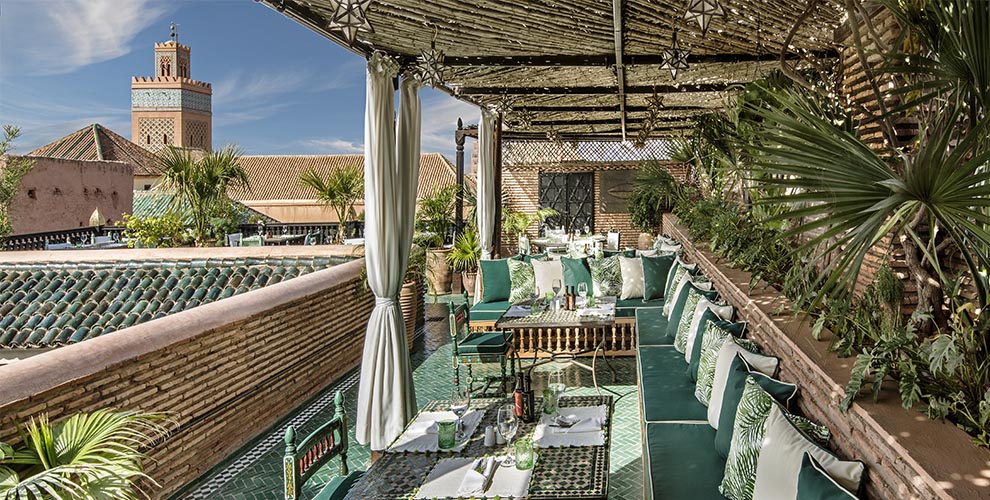 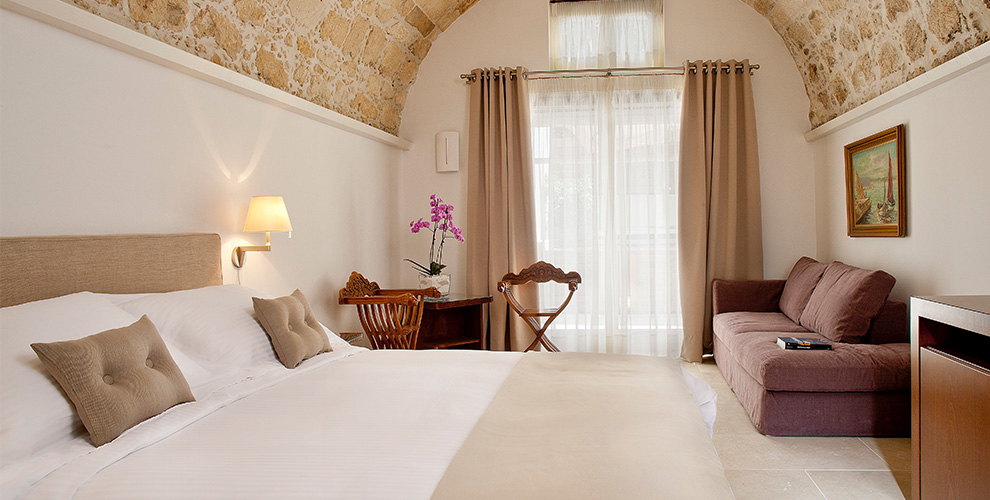 Rimondi Boutique Hotel, Crete. Greece is no stranger to ancient history. So it’s perhaps little surprise that parts of this luxury Cretan hotel – named after the old Venetian commander of Rethymno – were built as early as 1200. For a literal taste of history during your stay, July’s annual Cretan Diet Festival celebrates local gastronomy. 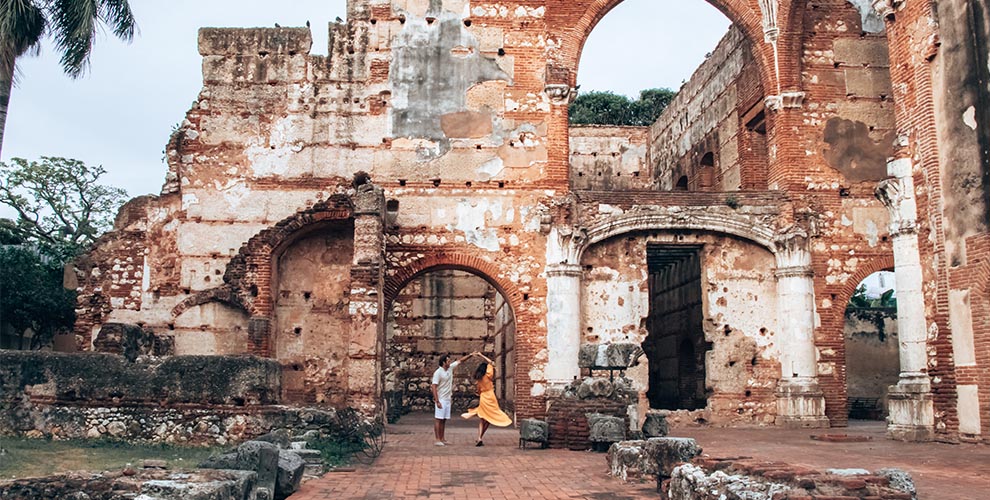 Casa del XVI, Santo Domingo. Journey back almost 500 years with a stay in one of this boutique hotel’s meticulously restored 16th century houses. This period was when the very first European settlers were colonising the Dominican Republic. Visiting in August, you’ll also find plenty of music and food festivals to add a modern touch to your historical break. Hôtel Les Ottomans, Istanbul. Perched on the shores of the Bosphorus, this elegant riverside mansion was built in the late 1700s by a Grand Vizier of the Ottoman Empire. Thankfully, after sadly falling into disuse, an extensive restoration saved the building from its ignominious fate as a coal and sand warehouse. Today it’s a delight for heritage-seeking travellers. 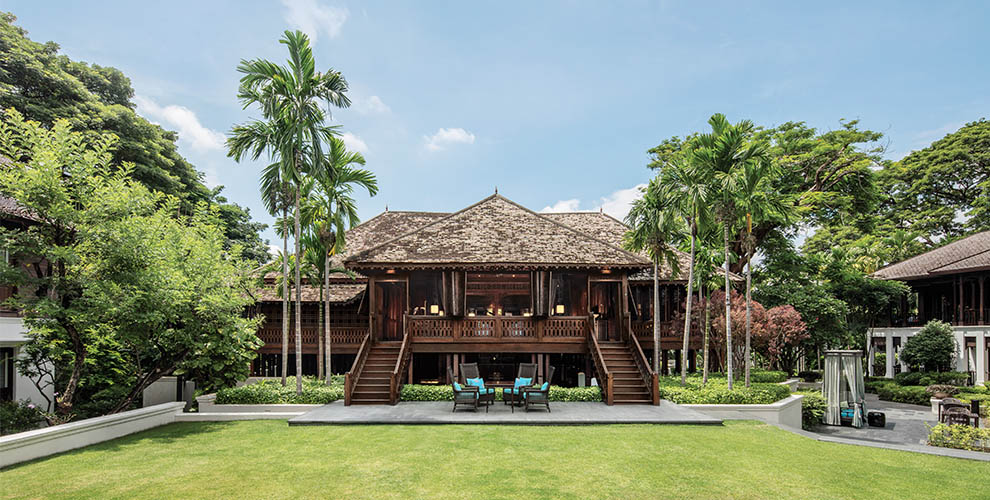 137 Pillars House, Chiang Mai. Known as Baan Borneo’ to older locals, 137 Pillars House is a true historical landmark in old Chiang Mai. Built in the 1880s as the headquarters of the teak-trading East Borneo Company, a careful restoration has preserved its special history. Its contemporary reincarnation recalls the unblemished Thailand seen by those first visitors. 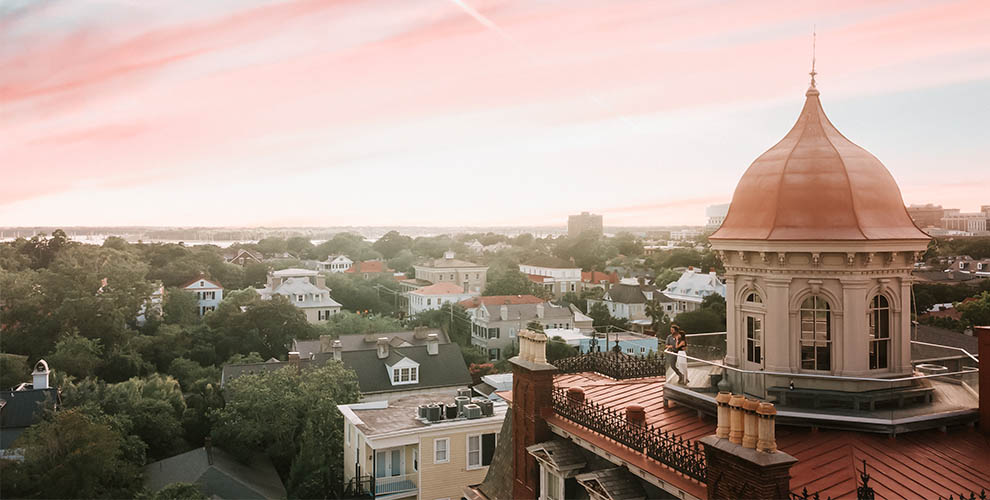 Wentworth Mansion, Charleston. There’s few more fitting places for a traditional Thanksgiving than a historical hotel in one of the America’s oldest cities. A four-story town mansion built by a wealthy industrialist in 1886, the Wentworth Mansion’s $7 million period refurbishment truly captures American elegance from a bygone era. 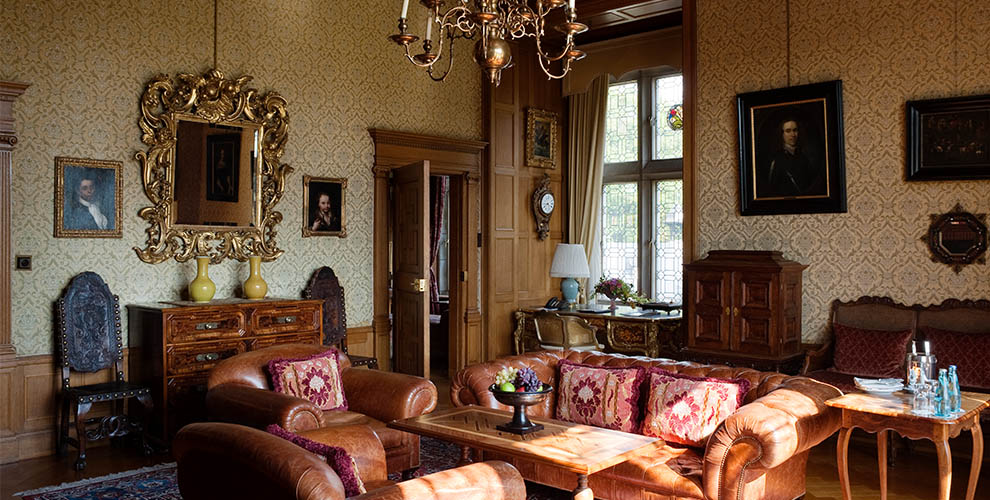 Schlosshotel Kronberg, Kronberg im Taunus. No one does historic grandeur like royalty. The former residence of a German Empress, this imposing castle is as dramatic a luxury hotel as they come. And in December, there’s another slice of German history just down the road: Frankfurt’s Christmas Market, first held in 1393.

Uncover even more luxury hotels with stories to tell.