A cinematic cityscape of skyscrapers, iconic landmarks, and those yellow cabs. We’ve all seen a side to New York City in the countless movies and TV shows set on its gritty, bustling streets, but knowing where to start in the city that never sleeps can feel overwhelming to first time visitors. Yes, the Empire State Building, Statue of Liberty and Times Square tend to be high on most travellers’ ‘to do’ lists, but there is so much more to this sprawling metropolis than we’ve seen on our screens. Creating a definitive guide to this ever-evolving melting pot of culture is a near impossible task, so here we share a selection of New York classics that will make you want to keep coming back to discover more.

Landmarks: Take your pick from a list as long as Broadway of famous landmarks, from the Empire State, Statue of Liberty, and Chrysler Building, to Grand Central Terminal, Times Square, and the Rockefeller Center. Prepare yourself for crowds whatever the season, these big-hitters are popular for a reason.

Museums: An epicentre of art and architecture, New York is a world capital of culture and cool. There’s the Metropolitan Museum of Modern Art and the Guggenheim on the Upper East Side, the MoMA in Midtown Manhattan, the American Museum of Natural History on the Upper West Side, and The Whitney Museum in the ultra-hip Meatpacking District. Expect spacious and impossibly stylish galleries, outdoor terraces, eye-opening exhibitions and a creative energy you’ve never felt before.

Public parks: Concrete jungle this city may be, but there is plenty of urban greenery just a sidewalk-hop away. Stroll through Sheep Meadow, around the legendary lake and magical waterfalls in Central Park, or get a fresh perspective on the city from The High Line, an elevated park set high up on an old railway track where a variety of garden zones breathe a sense of wilderness into the city in every season. Set along the waterfront with expansive piers and sweeping views, Brooklyn Bridge Park is open all year round for family-friendly activities ranging from kayaking and roller-blading to picnics and playgrounds.

Top neighbourhoods: On Manhattan Island lie some of the trendiest places in the world to eat, shop, and sight-see.  Come with credit card at the ready to the designer boutiques of Midtown à la Carrie Bradshaw, make like Serena van der Woodsen around the pretty mansions and classic brownstones of the Upper East Side, or mooch about the antique markets and quirky cafés of charming Chelsea and photogenic Greenwich Village. Swanky SoHo and hipster-haven Williamsburg are home to lively music scenes and diverse eateries, while vibrant Harlem proudly wears its African-American culture of jazz legends, literary greats, and art revolutionaries on its sleeve. 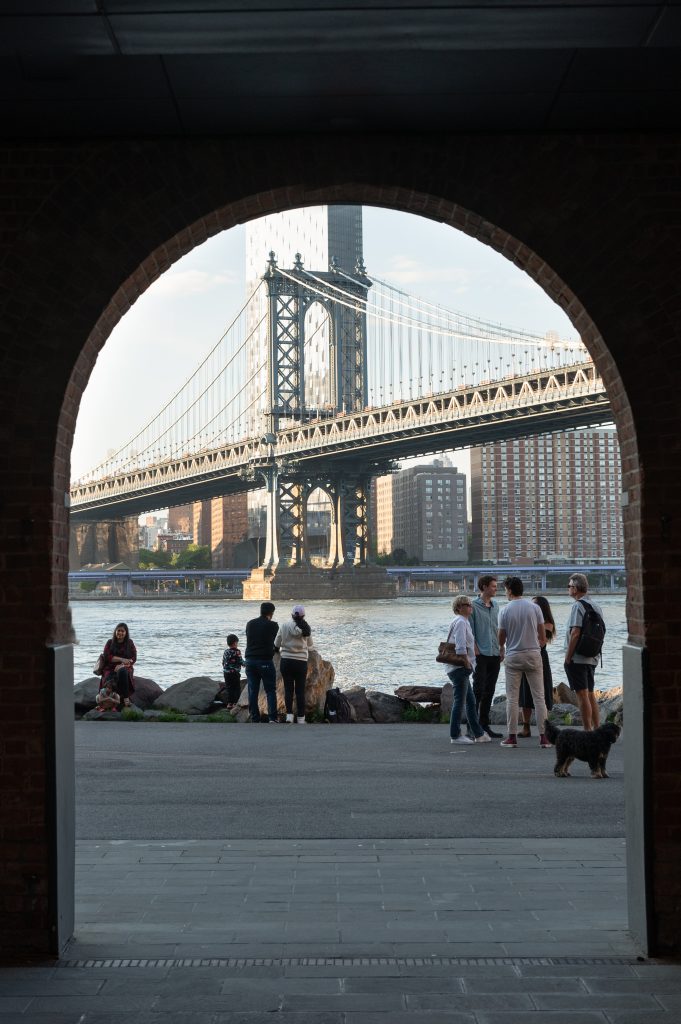 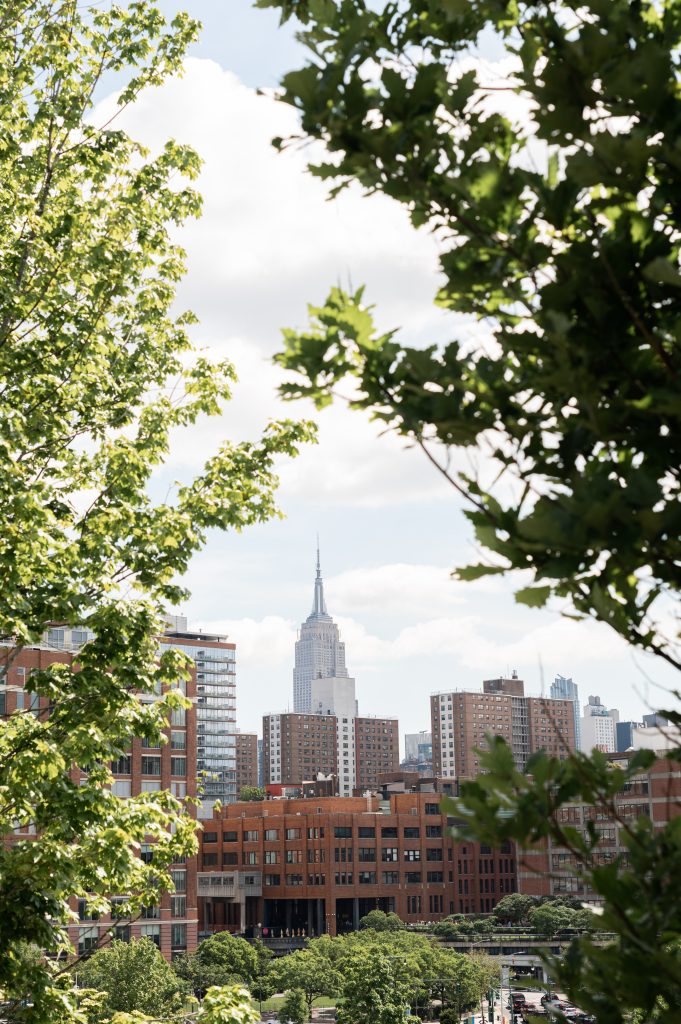 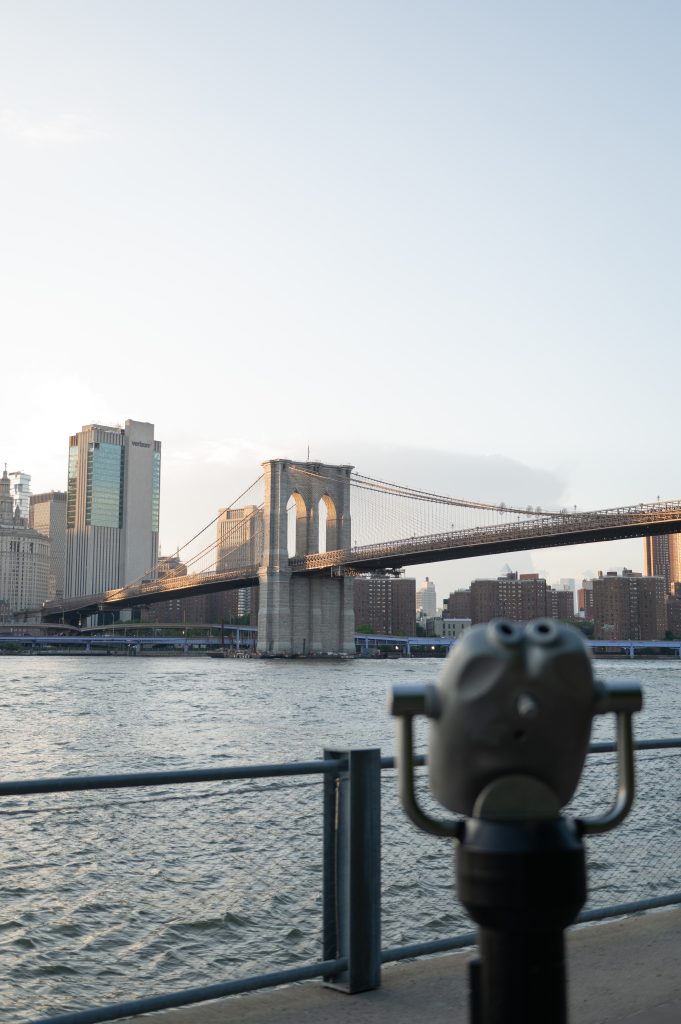 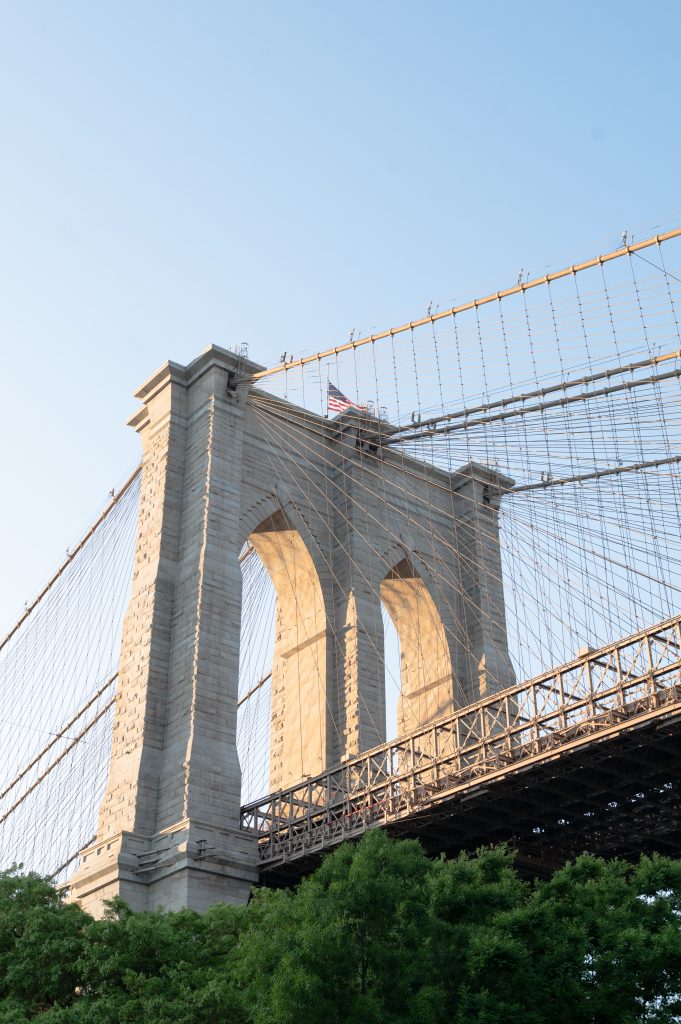 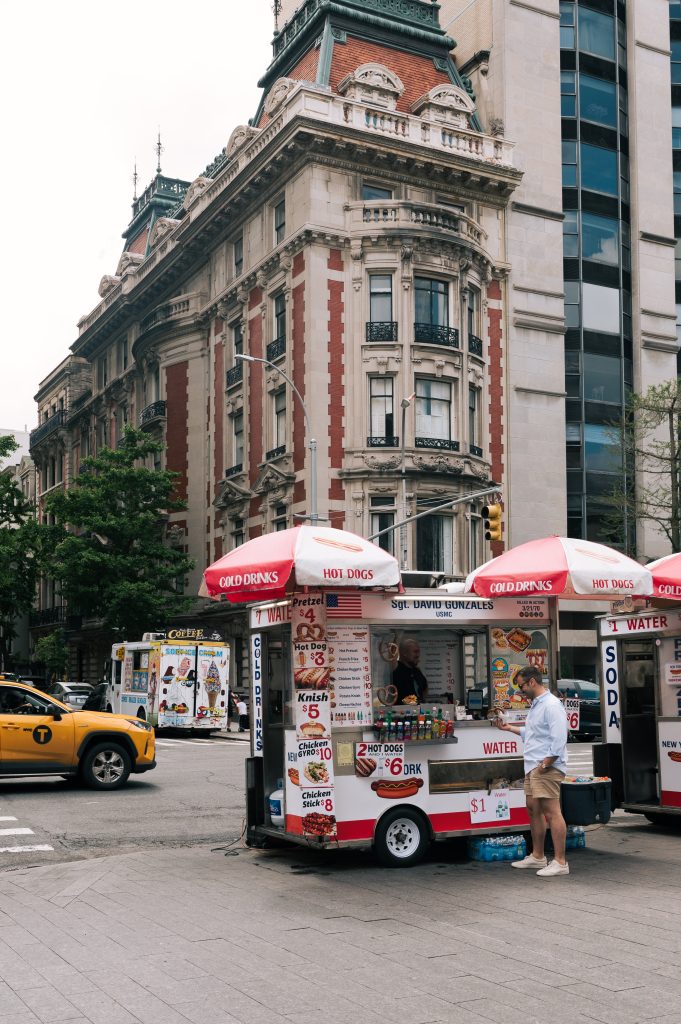 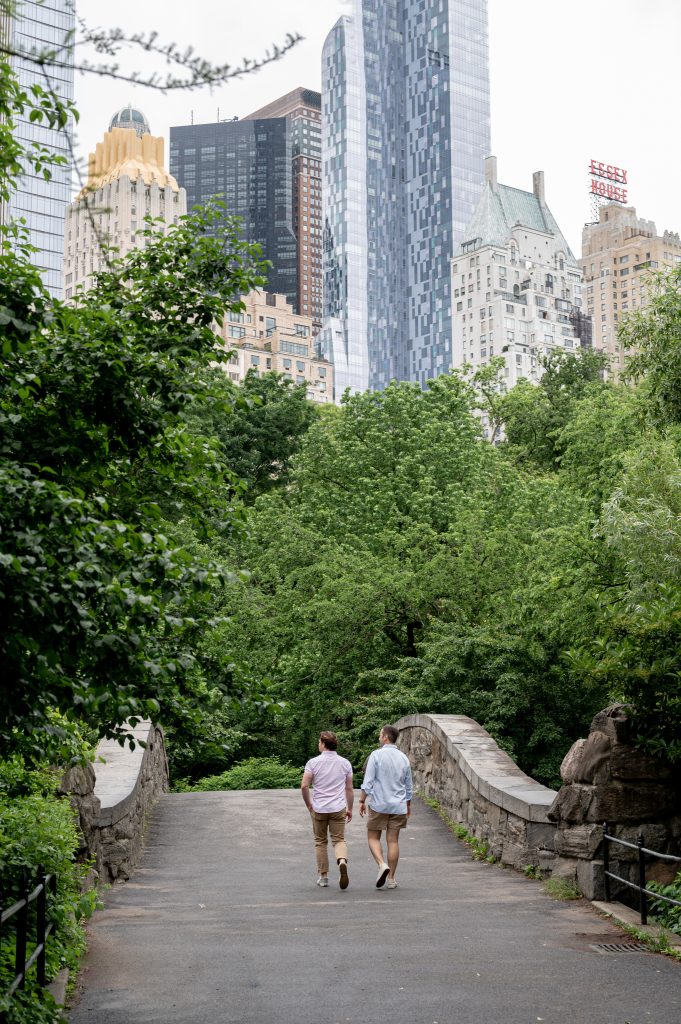 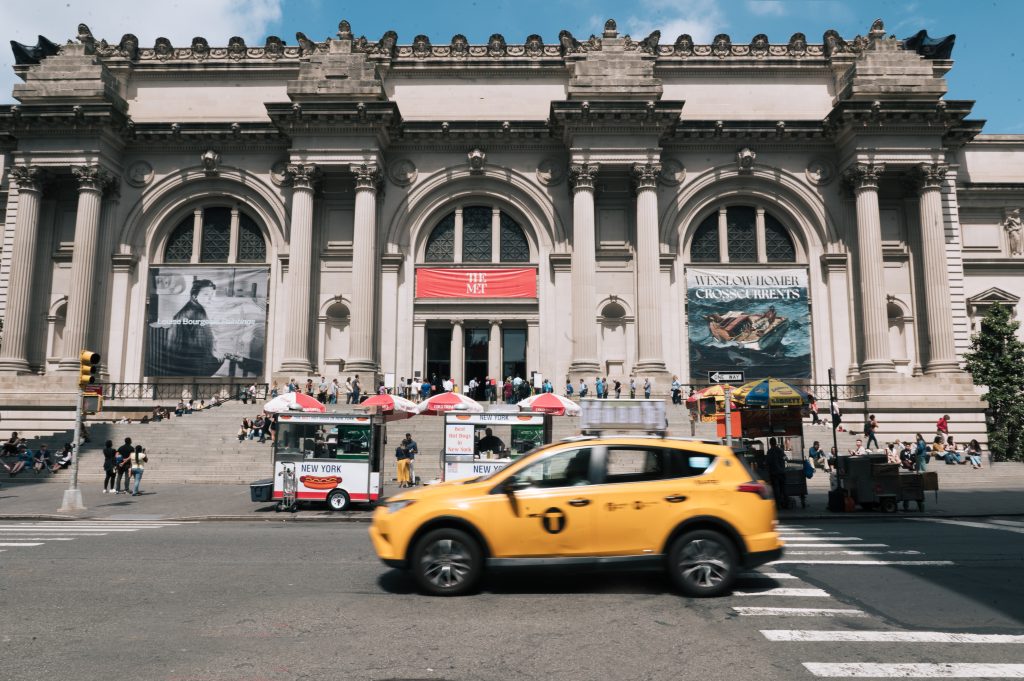 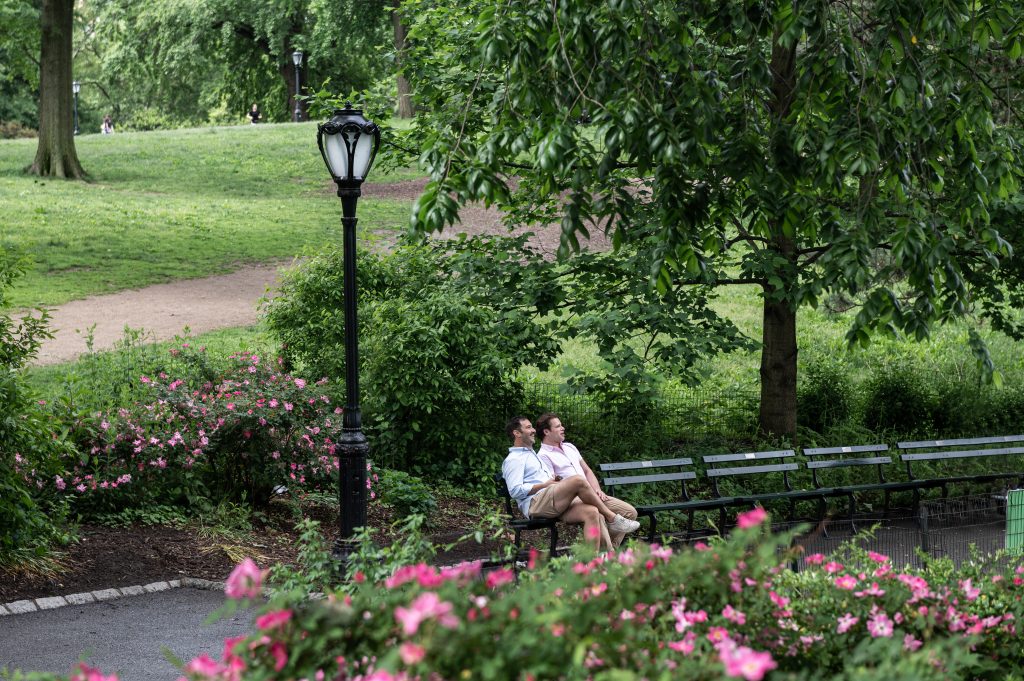 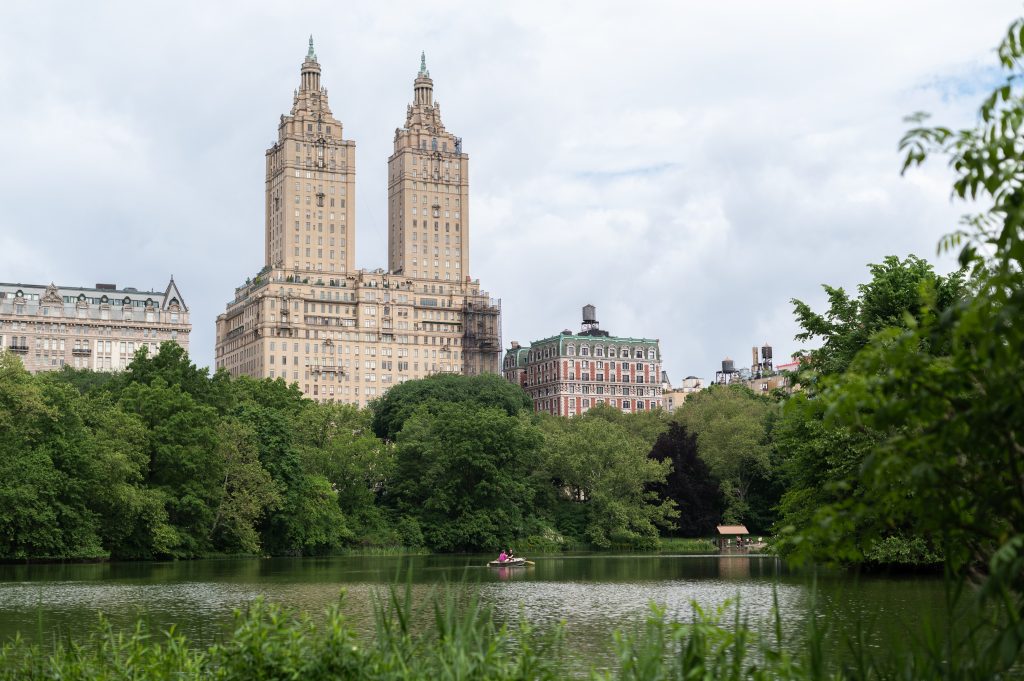 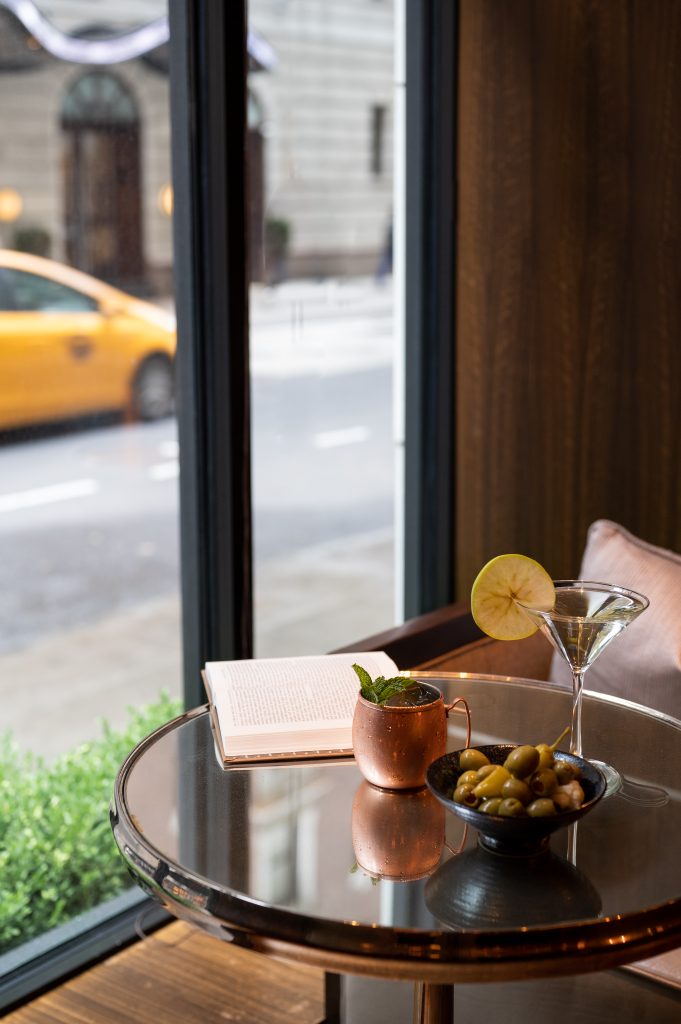 Not to be confused with Disney’s beloved, big-eared elephant, Down Under the Manhattan Bridge Overpass is a characterful neighbourhood of cobblestone streets and 19th century warehouses left over from its industrial days. Brimming with independent bookshops, under-the-radar art galleries, and a whole host of well-established eateries alongside up-and-coming restaurants, it’s fast become a buzzing hub for foodies and creatives. When long summer nights set it, grab a homemade cone from the Brooklyn Ice Cream Factory before strolling into the sunset over the bridge. 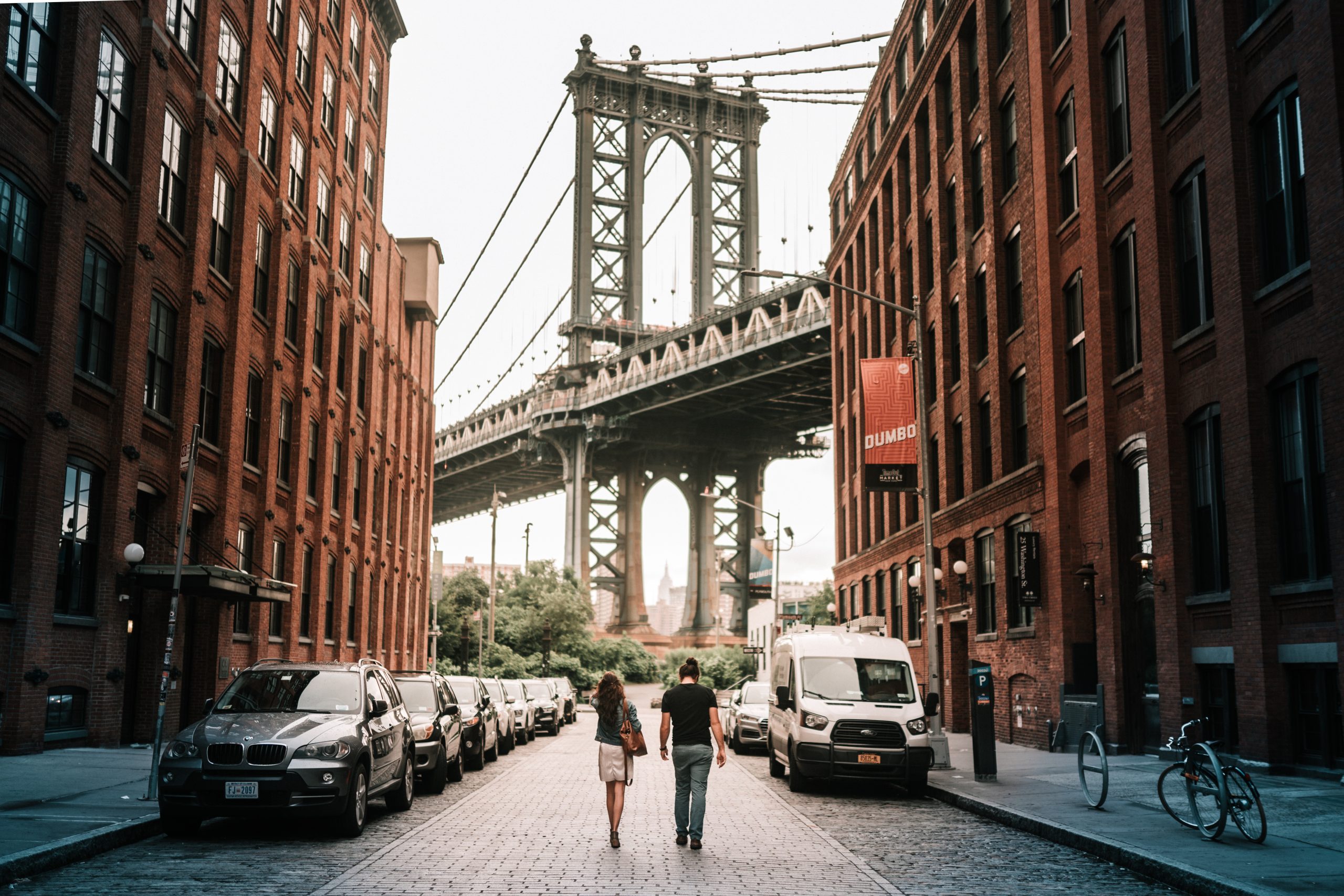 You’ll want to leave some room in your suitcase (or just bring along an extra) if you’re planning to visit Brooklyn Flea. This series of outdoor markets pops up around the city every weekend, selling a vast array of of vintage clothing, antique furniture, one-of-a-kind trinkets, and curated collectibles, arts and crafts by local artisans. Chelsea Flea (Saturday and Sunday); Hester Flea (Saturdays); Brooklyn Flea (Saturdays in Williamsburg, Sundays in Dumbo).

While the Meatpacking District may be small, it’s not short on attractions. Named for the slaughterhouses and factories of its past (and present—a few are still located there), the Meatpacking District now holds a more glamorous reputation thanks to the many high-end stores, trailblazing galleries, and farmers’ markets which have taken over its cavernous spaces. Home to the High Line, the Whitney, and Chelsea and Gansevoort Markets, this industrial chic area is a firm favourite of foodies and fashionistas alike.

*well, lesser-known compared to the must-see sights, that is.

What – and where – to eat in New York City

If you can see past the Starbucks on every corner, there are loads of cafés that are worth your time. For farm-fresh, Colombian coffee, Brooklyn’s Devoción is your best bet. Meanwhile, Birch coffee shops have a laid-back, rustic atmosphere and encourage a sense of community amidst the city chaos. Cups have “Hello my name is___,” printed on them, and you’ll find talking point cards which you can place on your table to welcome conversation. 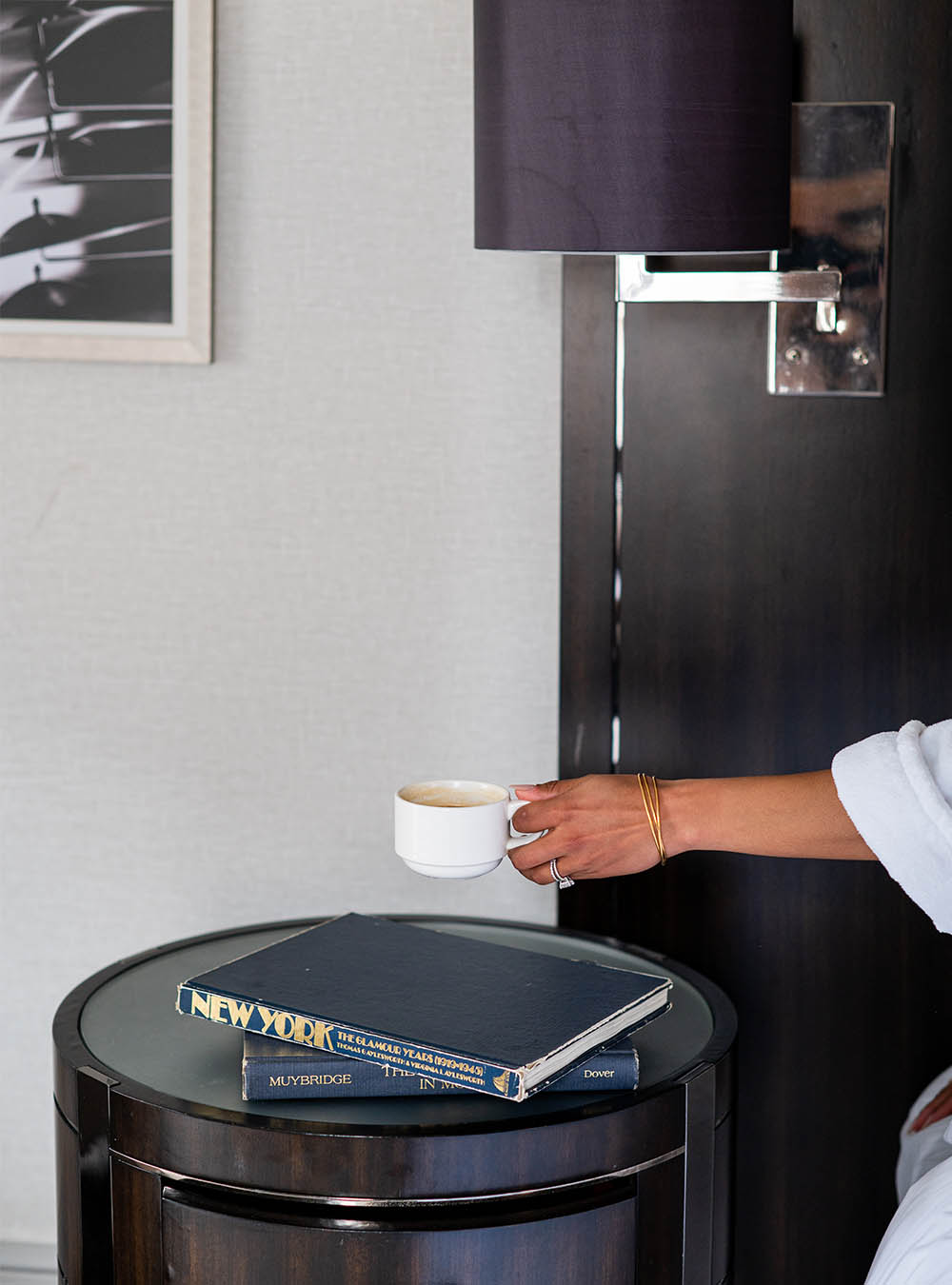 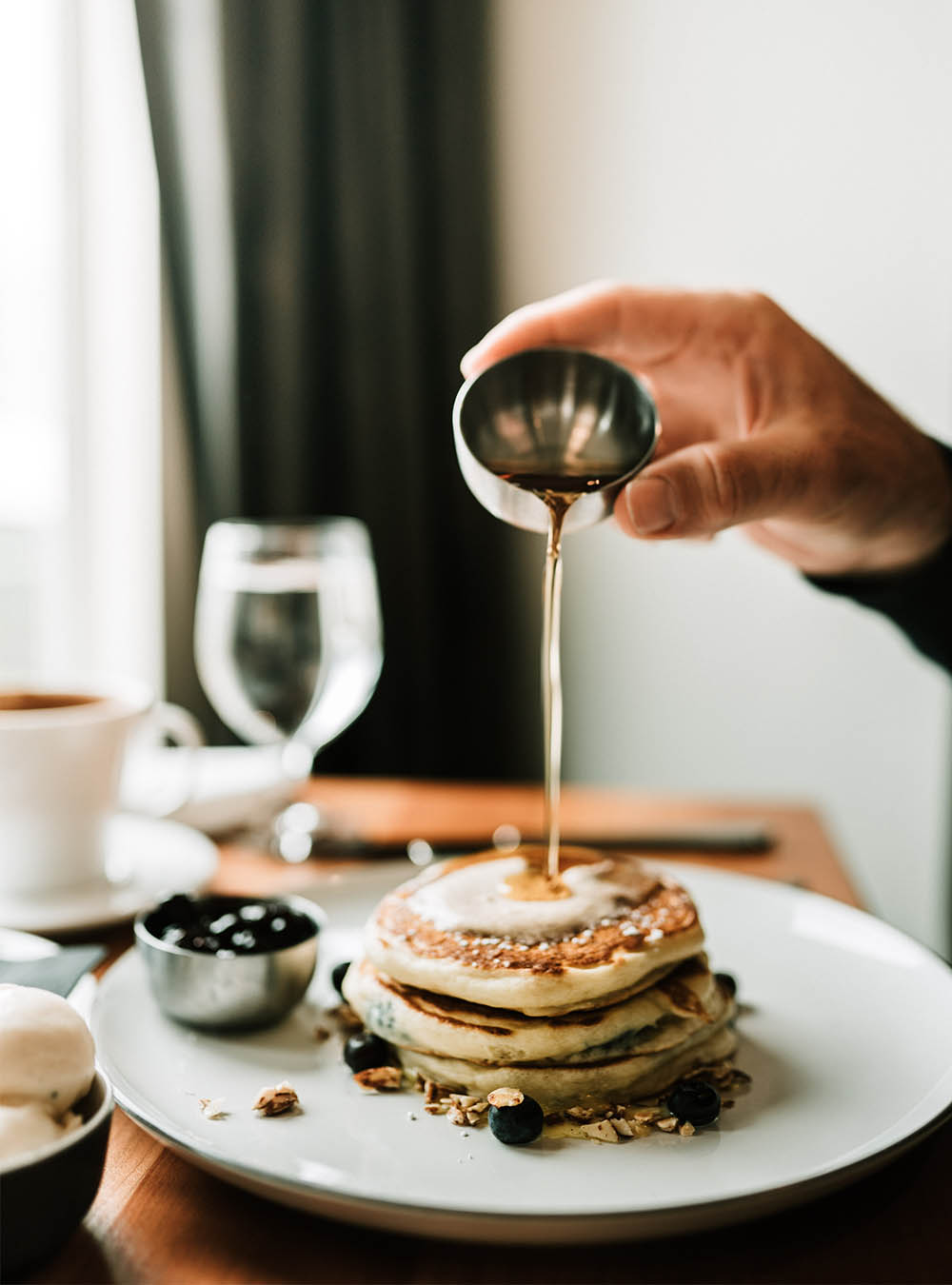 New York probably didn’t invent brunch, but it has certainly perfected the concept. For an absolute classic NYC diner experience, La Bonbonniere serves up pancakes slathered in syrup and bacon, deliciously greasy burgers, and mouth-watering milkshakes. For hefty platters of smoked brisket, corned beef sandwiches and Quebec speciality poutine, Mile End Deli is a guaranteed stomach-filler but is to be avoided by vegetarians and those looking for a light bite at all costs. Amalfi Coast inspired Santina draws a more refined crowd in the summer months to its sleek, glass box setting tucked underneath the High Line with extensive outdoor patio seating shaded by colourful umbrellas.

Schmear these baked beauties with cream cheese concoctions and you’ll feel like a true New Yorker in no time. Traditional tasters should head for Murray’s Bagels in Greenwich, where beautifully arranged platters of hand-rolled, daily-made bagels keep a regular crowd coming back no matter the length of the line. Sadelle’s in SoHo offers unlimited free bagels which come with your brunch, while culinary and cultural icon Russ & Daughters have over four generations’ worth of bagel-making knowledge which you can taste in every bite.

New York City pizza is the subject of frequent debate. Opinions swirl about how to eat it and what to call it, but one thing is for certain – it’s taken very seriously here. Bring your own booze to accompany Lucali’s thin-crust, brick oven baked pizza in Brooklyn, or get an authentic slice of Italy at Totonno’s, a Coney Island pizzeria which has remarkably remained in the same space, run by the same family, since 1924. 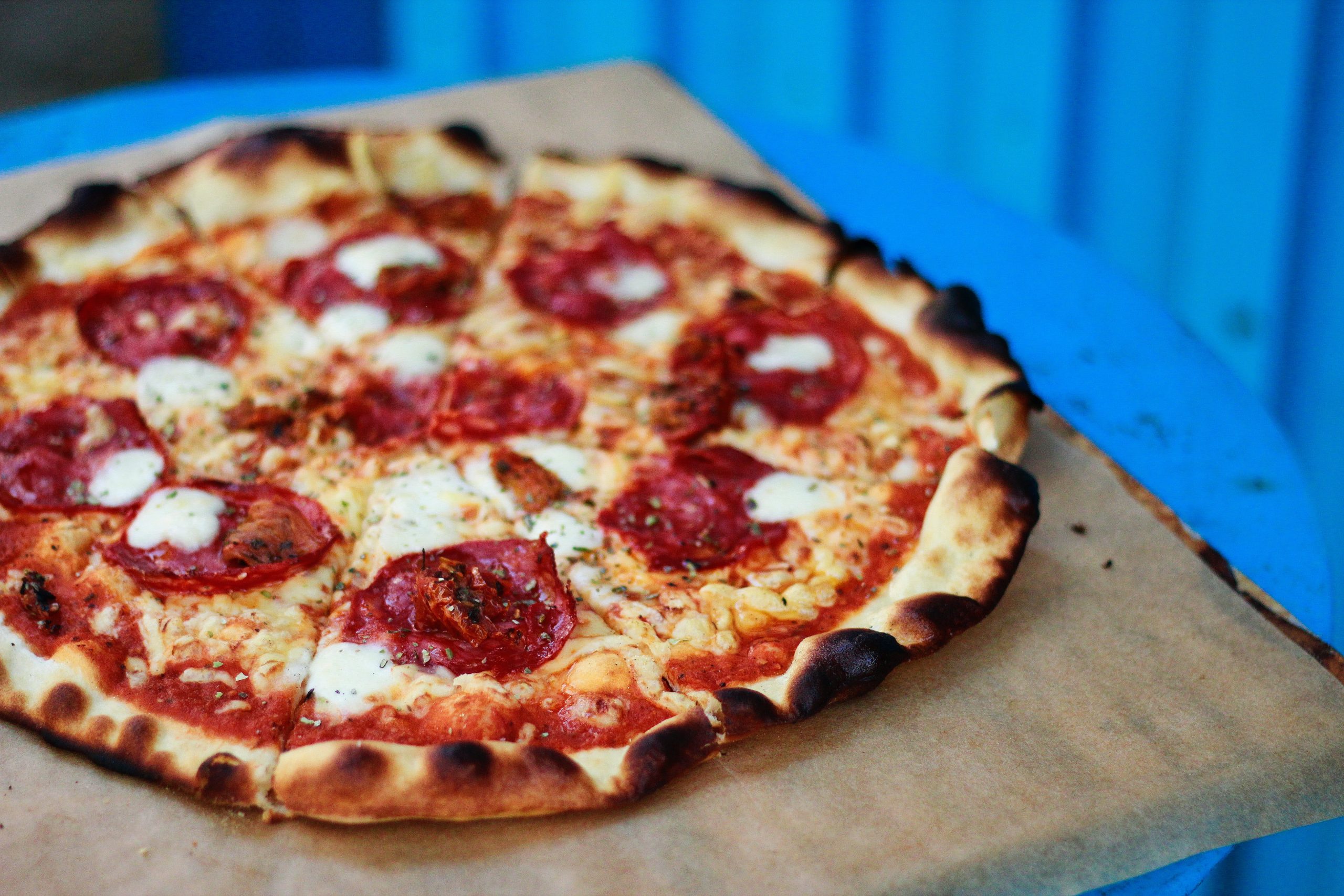 Masterminded by the creators of Brooklyn Flea, Smorgasburg – a mashup of the words “smörgåsbord” and “Williamsburg” – is a sensational outdoor food bazaar in Williamsburg every weekend where a sought-after selection of local vendors gather in gastronomic glory. And as of the 7th August 2021, all your foodie favourites are available for delivery via Grubhub.

Rose Hill Rooftop on the 11th floor of HGU New York is exclusively for hotel guests, where diners can enjoy light tapas style food and breathtaking views of the Empire State Building. The year round Refinery Hotel rooftop lounge offers both indoor and outdoor seating with cinematic views of Manhattan, while The Terrace at WestHouse Hotel is the place for a chilled cocktail and Hudson River views.

Sky-high sanctuaries: where to stay in New York City

HGU New York…a vibrant clash of old and new in the trend-setting NoMad district of Manhattan, with a personal pillow concierge and contemporary art collection.

The Frederick Hotel…this landmark gothic revival building was built in the 1830s and has been welcoming guests since 1845, giving a glimpse into old-time New York grandeur.

The Iroquois…an elegant oasis just steps from Fifth Avenue, with a hidden speakeasy dishing out light bites and creative cocktails.

WestHouse Hotel…this prestigious Midtown address puts Manhattan’s highlights at your feet, from sauntering through Central Park to browsing the boutiques on Fifth Avenue. 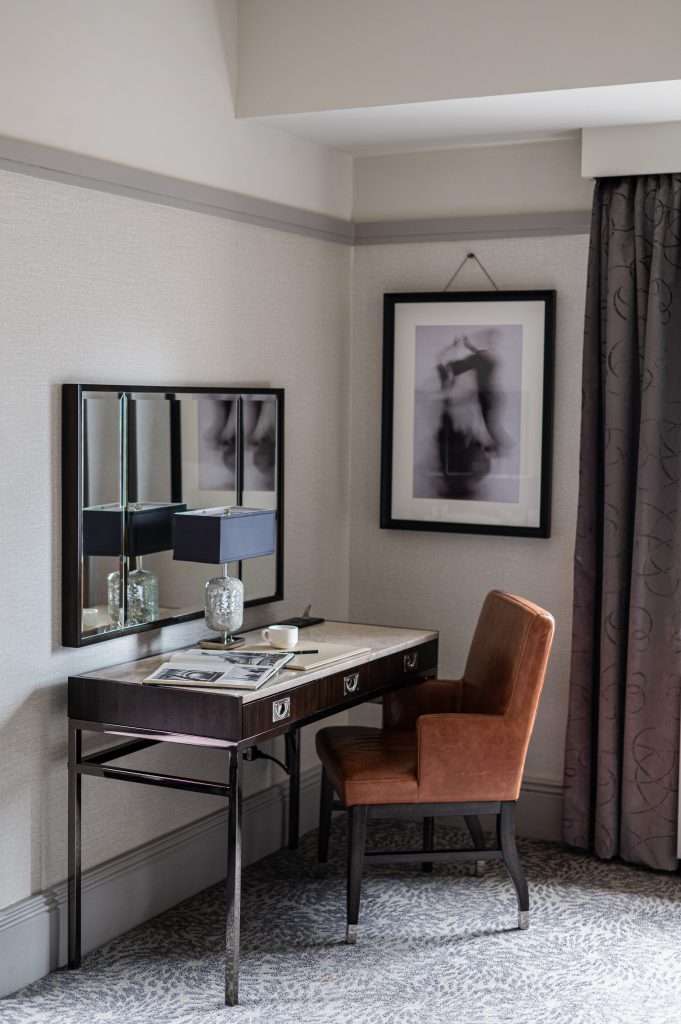 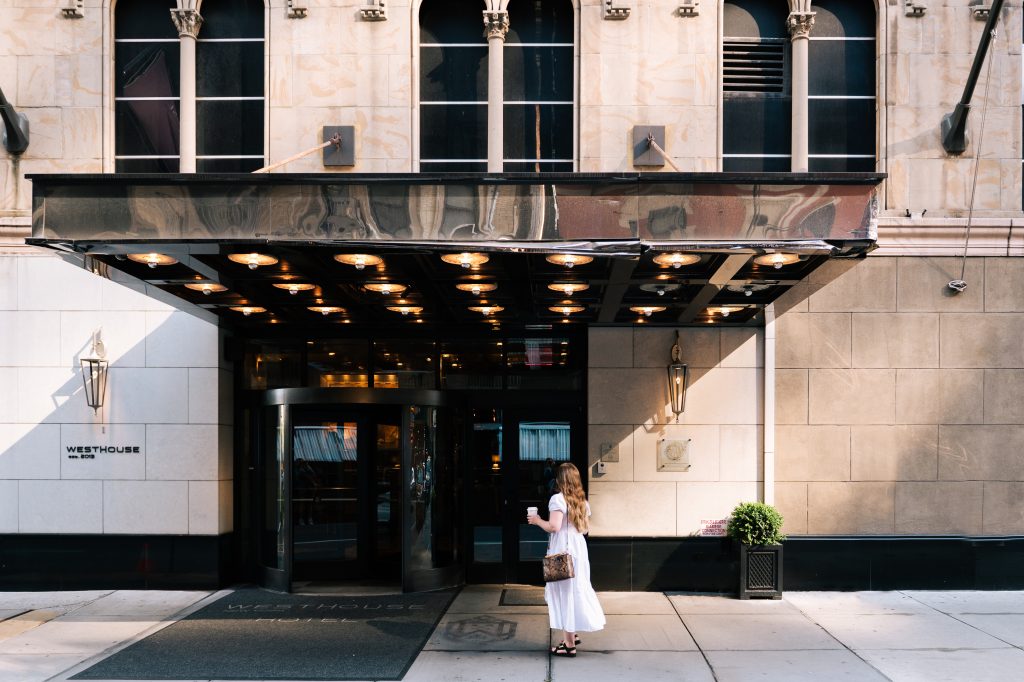 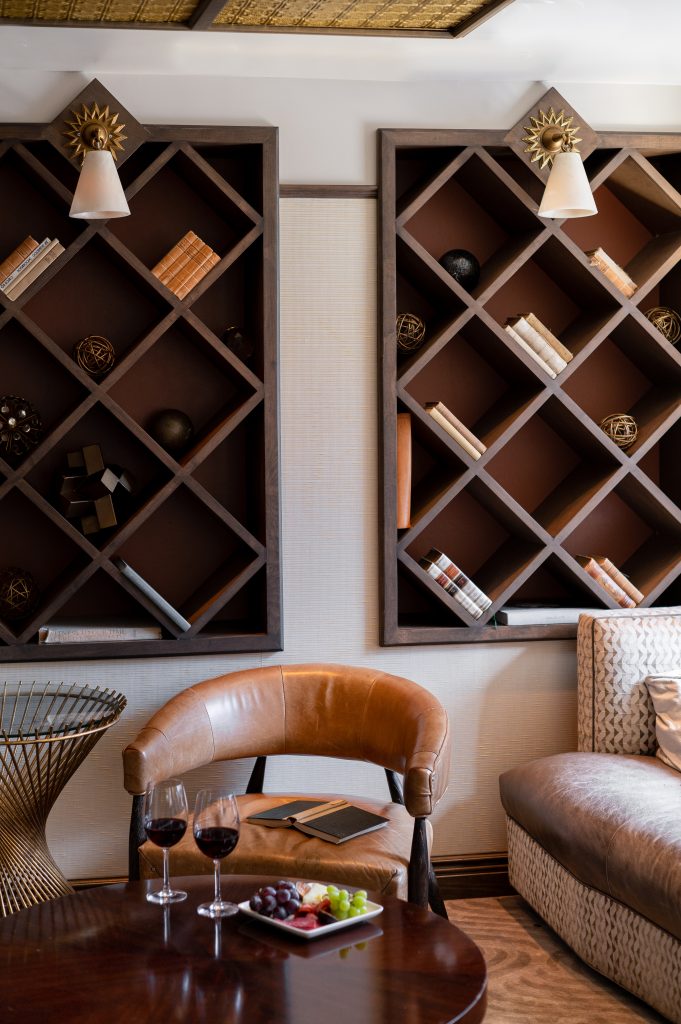 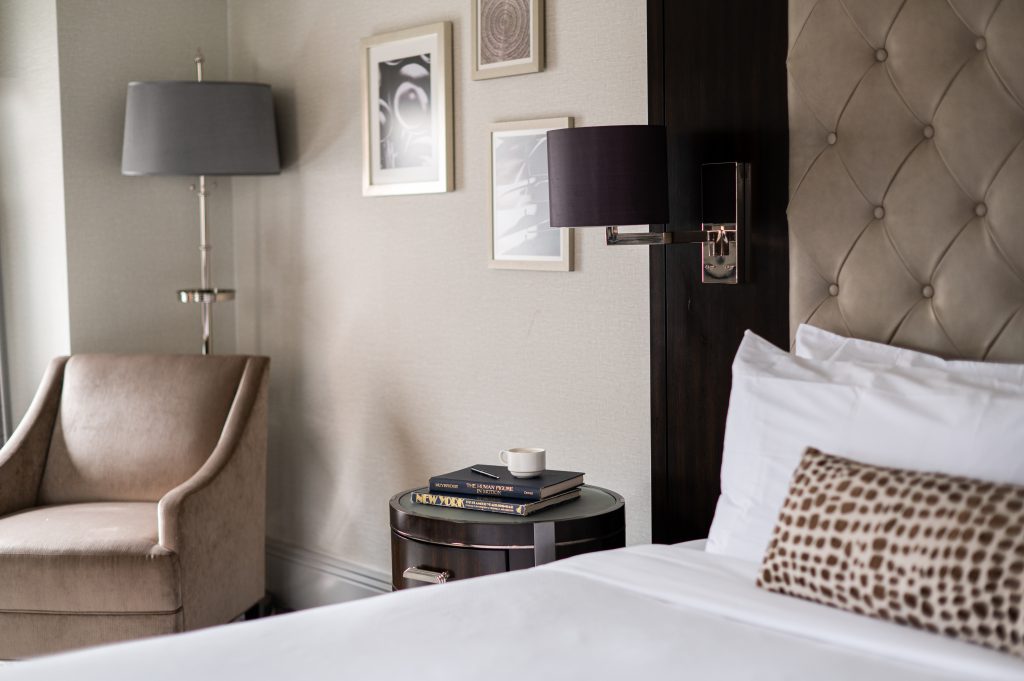 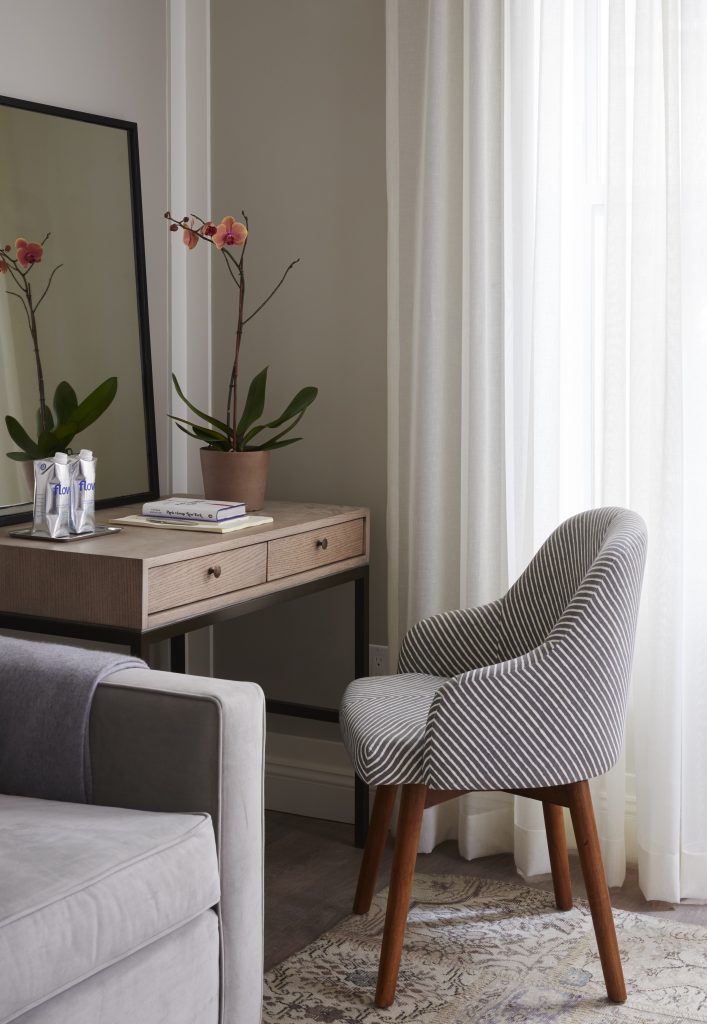 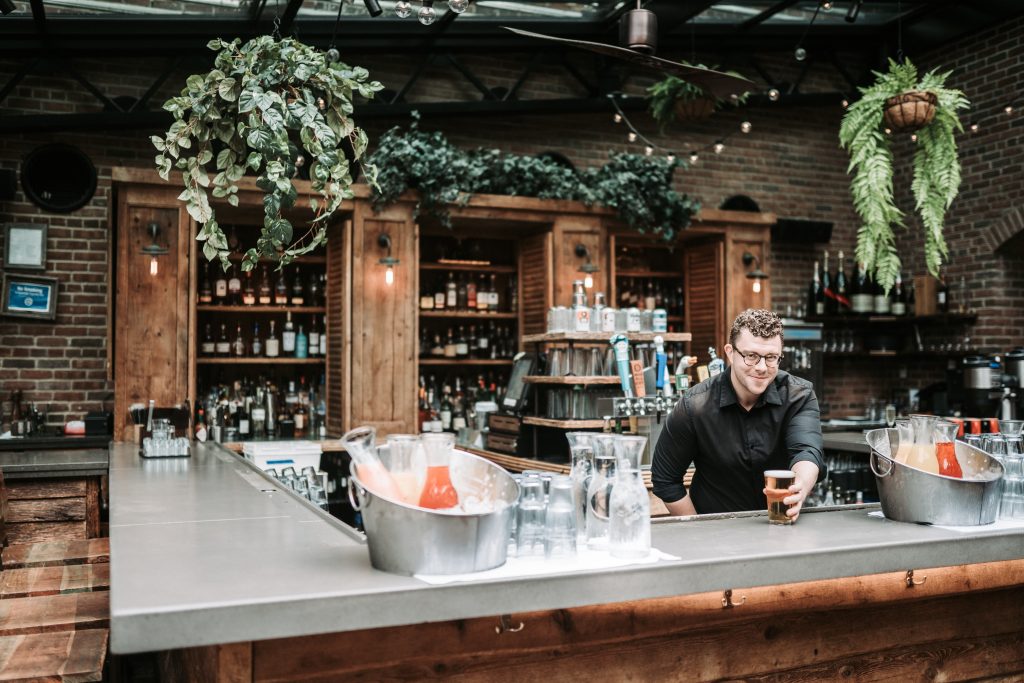