If there was one food which is the very essence of Bordeaux – it’s a canelé.

A single molded French pastry, soaked with rum, sweet vanilla and has a soft center and texture similar to a crumpet. Each canelé then has its own level of toastiness over a thick caramelized crust.

For a true taste head to the masters of them, Canelé Baillardran – located throughout Bordeaux. 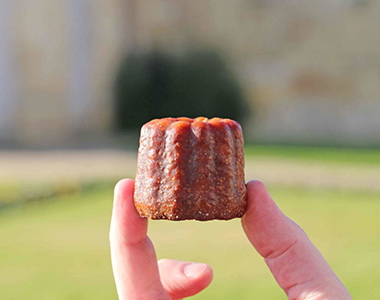 A cliché French classic perhaps, but the potatoes used are different in each city and so are the cuts of meat. Here in Bordeaux they love this dish just as much as the rest of the world does, but refer to it as Entrecôte Bordelaise. A seared peppered steak, sprinkled with chopped raw onion.

Even better still is the Entrecote à la Bordelaise (notice the slight addition of “à la”). The latter is served with a red wine, shallot and silky marrow sauce. Of course, a dollop of French mustard on the side and crispy French fries goes without saying.

While not exclusive to Bordeaux, this city is studded with Michelin stars.

Chefs from across the globe have helped shape Bordeaux into one of the world’s best foodie destinations. For the best head to Gordon Ramsay at Le Pressoir d’Argent in the center of town, but explore the outskirts of the city and it all becomes even more magical, surrounded by endless vineyards. 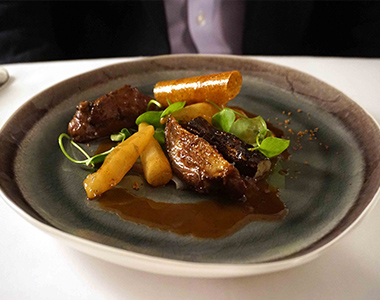 Restaurant Le Saint James offers unparalleled views over the city at night and the two Michelin starred La Grand’Vigne at Les Sources de Caudalie offers some of the finest cuisine in not just Bordeaux, but France.

Wine is perhaps what originally got me excited about food and travel. Having studied it and working in the trade, it has allowed me to travel and fall in love with the vineyards, the winemaking process and the people behind it all. Bordeaux is arguably one of the best wine-growing countries in the world and produces some of the most expensive, long lived and highly-regarded wines.

A visit to two of my favourites is a must. Clos Fourtet is in the heart of Saint-Émilion not only produces some incredible, affordable wines – but it’s located just a stone’s throw from the town and UNESCO World Heritage Site of Saint-Émilion. Back closer to hotel La Sources Des Caudalie is Château Smith Haut Lafitte, who have one of the prettiest wine cellars in Bordeaux and are leading the way in Bio Precision and creating wines which are true to their terroir.

While Bordeaux may be best-known for its lavish cuisine and expensive wines, at the other end of the spectrum it is home to incredible and affordable bistros. Le Bouchon Bordelais is a city staple and is located opposite the Opera National de Bordeaux. They serve some of the best snails around. Slightly off the beaten track is my favourite place to eat in the city – Café de l’Espérance in Boulliac. Expect perfectly cooked steaks and pastries created by Michelin starred chefs. If you’re on a wine trail, then Amelia Canta in Saint-Émilion serves up an unforgettable steak tartare.

Renowned for his honest and insightful reviews from across the globe, Gary Berry is one of the UK’s leading male bloggers.

Having started his site back in 2012 as a hobby, he’s been developing it over the years into what it is today. Appropriately known as The Foodaholic, Gary not only searches for the ultimate in luxury, but restaurants and hotels which are run with passion. We caught up with him to discover his top foodie reasons to visit Bordeaux. 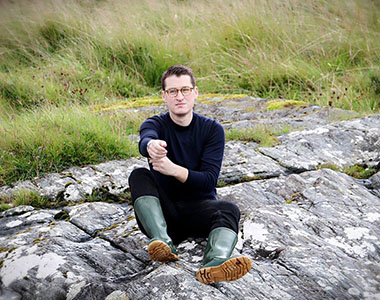