Paris and the silver screen

A journey through the city’s unforgettable movie moments

When it comes to movie magic, Paris has a filmmaking reputation that truly tops the bill. From the arthouse to the multiplex, and every screen in between, Parisian film has sparked imaginations since cinema’s debut – right here in the city itself. But the star of the show? It’s always this most romantic, majestic and dramatic of settings. So roll the credits. It’s time for our guide to Paris from the pictures.

AN AMERICAN IN PARIS

Steal a kiss on the steps of the Sacre Coeur

Vincente Minnelli’s 1951 musical masterpiece aimed to capture the feelings of a first-time visitor to the French capital. The film’s famous highlight is the wordless, seventeen-minute finale set to the Gershwin composition on which the musical is based. The audience is swept along with this expression of struggling American artist Jerry’s life and love in the city of light. At its climax, the sequence builds to a long-awaited romantic embrace with local parfumerie worker Lise on the steps of this magnificent Romanesque-Byzantine basilica.

The film’s atmospheric portrayal of Paris is widely considered among the very best in cinema. This feat is made all the more impressive by the fact it was shot almost entirely in a Hollywood studio. 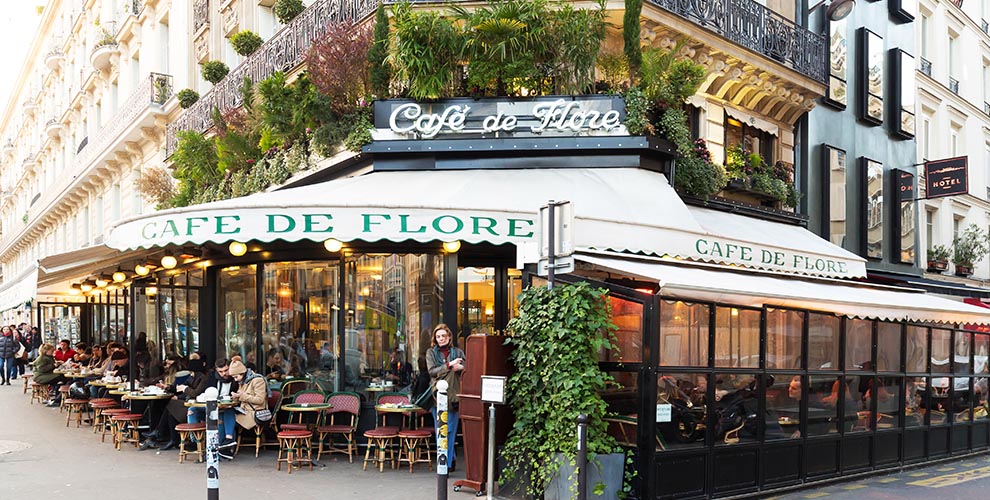 Stop off for brunch on boulevard St Germain

This 1960 story of casual, nihilistic Michel’s run from the law influenced a generation of modern filmmakers across the world. The epitome of Parisian cool, Jean-Luc Godard’s film debut takes place in and around the city’s artistic Rive Gauche areas. The bistro where our antihero sips coffee as Paris life bustles by is sadly now a pharmacy, but boulevard St Germain still offers its fair share of laid-back cafés. Pop into Café Louise opposite rue Saint Benoît for a Parisian breakfast in (almost) the same spot.

This quirky modern-day fairy tale found audiences and critics alike shouting encore when it was released in 2001. Amélie is the shy waitress who makes it her quest to bring simple delights to the lives of her Montmartre neighbours. Of course, every fan heads straight for her tiny café on rue Lepic. But while its sumptuous art deco interiors are undeniably beautiful, avoid the squeeze and make for the rue Lamarck instead. Its here we see Amélie come to the aid of a blind man crossing the street, whispering a whistle-stop description of the market sights into his ear. 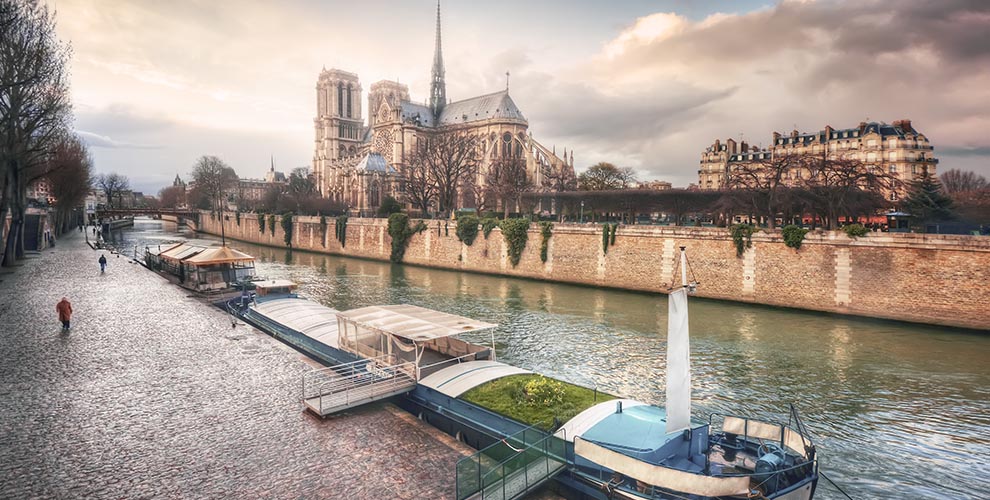 Audrey Hepburn and Paris go together like coffee and croissants. Of her six films set in Paris, this comedy thriller from 1963 stops by many of its top sights – as her unwitting character Reggie is caught up in a city-spanning chase for stolen gold. The film’s pace is often relentless, but as Reggie and her partner Cary Grant walk along the quai de Montebello, we’re allowed a welcome breather to enjoy the city’s beauty. Passing under the Pont au Double as Notre-Dame looms, you’ll be following in the footsteps of two of cinema’s brightest stars.

With an embarrassment of smart, thoughtful and critically-acclaimed films behind them, Pixar have made a habit of proving that animation isn’t just for kids. So whether you’re visiting Paris with or without little ones in tow, why not sample the famous restaurant that inspired this 2007 family favourite? Okay, so it’s not the real Gusteau’s. But the Michelin-starred La Tour d’Argent on quai de la Tournelle serves superb cuisine that even Remy the rat would be proud of. Just a word of warning: the dishes come with prices to match their blockbuster reputation.

AND WHERE TO STAY…

Perhaps you see yourself nestled in an historic Montmartre townhouse. Or maybe you prefer the idea of watching Parisian life float by from a hotel overlooking the Seine. Then again, if Belle Époque-inspired elegance is your thing, look no further than Le Narcisse Blanc Hotel & Spa – just a stone’s throw from the Eiffel Tower. Whatever you have in mind for your stay, as home to some of Europe’s best hotels, Paris spoils visitors with its distinctive collection of luxury boutique retreats.