On the wild side of Mauritius

From coral reefs to nature reserves

Despite the island’s modest size, Mauritius never fails to leave you wondering what lies ahead. From the towering forests and bizarre yet beautiful wildlife, to the depths and diversity of the surrounding Indian Ocean. Trek through thick forests to find the rare pink pigeon. Hop on a boat to remote island Île aux Aigettes, where giant tortoises roam free. Every corner of this paradise offers brand new surprises – and from the best hotels in Mauritius, there are infinite ways to experience them.

When the Dutch first docked on Mauritian shores in 1598, they thought they’d stumbled upon the Garden of Eden. And there’s no wonder. Everywhere you go here, you’re surrounded by species of plants and creatures only a guide could identify. Species that are few and far between – and even ones found only in Mauritius, such as little lizard, Telfair’s skink. With such incredible biodiversity, it’s no surprise that local people are working hard to protect their environment, with nature reserves and eco-tourism initiatives across the island.

Black River Gorges National Park is Mauritius’ biggest and best reserve, covering around 2% of the whole island. It’s home to three of the country’s most endangered species of bird, the pink pigeon, Mauritian kestrel and echo parakeet. You might be lucky enough to spot one while you’re here, so make sure there’s space on your camera. As well as housing a range of plant and animal species, the park also boasts some spectacular sights. Cross streams to soak up views from the Alexandra Falls viewpoint. Walk through winding woods without seeing another soul. This truly is the wild side of Mauritius.

To see a different side of Black River Gorges, head to the west coast game reserve of Yemen. A climb up to Le Morne Brabant promises staggering views of the deep green jungle that stretches out to the crystalline sea. We’d recommend taking a guided tour, to guarantee finding those secret routes and unspoiled views. 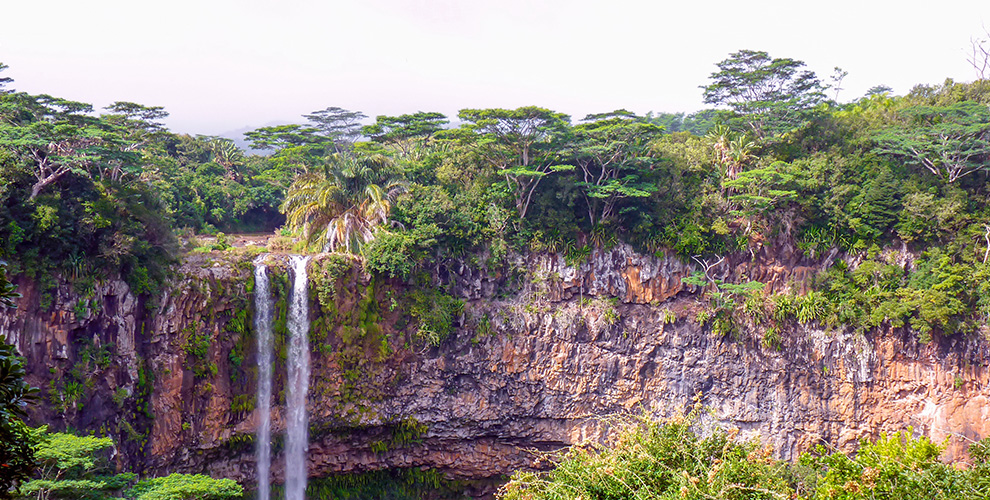 Further west of Black River Gorges lies Chamarel, with its Seven Coloured Earth reserve and 83m-high waterfalls. While you’re there, a half-day hike to Tamarind Falls and its seven cascades’ is a must. A far cry from the white sands of the glittering coast, this expanse of green forest is interrupted by tumbling waterfalls. Natural jumping platforms rise above deep pools, while endless vegetation spans out around it. There’s a range of hiking paths available here, from family-friendly routes to the trickier trails.

As well as the wildlife on land, Mauritius is swimming with exotic sea life. The obvious place for a spot of snorkelling is Blue Bay Marine Park. With clear, shallow waters, it’s great for beginners, and there’s a number of vibrant species to look out for. See if you can spot the neon-yellow angelfish or the exotic parrotfish darting through the algae gardens. 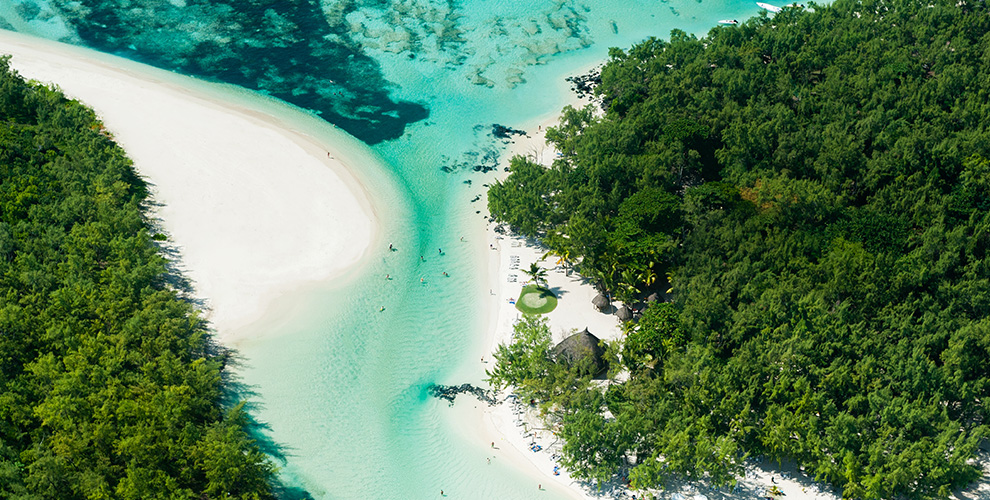 While Blue Bay Marine Park is beautiful, it can get a little crowded. For quieter, deeper waters, make the trip to Ile aux Cerfs – a speck of an island surrounded by sugar-white sands and an inviting lagoon. If you picture paradise, chances are it’ll look something like this. Lying just beneath these waters are many species of fish swimming through the coral reefs. Look out for seabream, blacktip groupers and blue stripe snappers hiding in the sea beds.

Top tip: If you’re set on swimming with sea turtles, Pointe aux Piments is teeming with them. So be sure to pack your underwater camera for those extra-special snaps.

Where to stay in Mauritius: