Putting a different kind of star on top of the tree, these Michelin-starred restaurants have cooked up a festive feast for guests to enjoy over the holiday period. Here, we sit down with some of our award-winning chefs and take a closer look at their seasonal menus and favourite Christmas dishes.

Awarded one Michelin Star and four AA Rosettes, Mayfair’s recently renovated Seven Park Place by William Drabble serves up modern-French dishes using primarily British local and seasonal ingredients. Developing a passion for food as a child when his family moved to Norfolk, William was influenced by his beloved grandmother who was also a cook at Yorkshire’s great estates in the 1930s, while he was also inspired by the quality of ingredients he saw from local farms and suppliers. Elegant Victorian townhouse St. James’s Hotel & Club have partnered with Supper London, a luxury food delivery service, to offer a Seven Park Place takeaway menu to be eaten in the comfort of your own home. 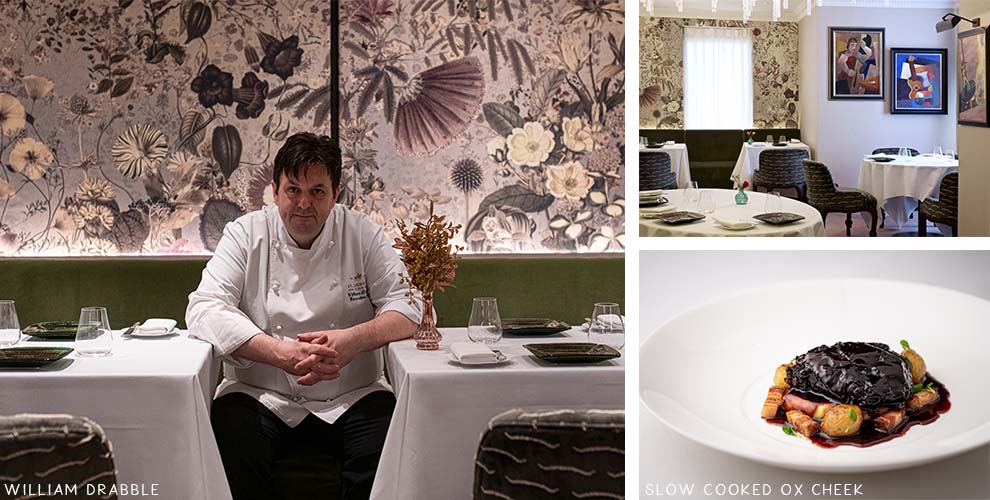 Characterised by French-oriented dishes, the cuisine at Restaurant Vinkeles is both traditional and modern. Awarded a Michelin Star in November 2009, the delicate French cuisine offers diners an excellent mixture between classic and contemporary styles, using only the freshest of ingredients. Dennis Kuipers’ style is defined by simplicity, dedicated to product-focused cooking and purity of flavour – “If you work with the best products, you don’t need much else,” where the quality of the products, craftsmanship and presentation forms the foundations of their kitchen. This year’s Christmas menu showcases local Dutch produce, including Zeeuwse oysters, hare from the Kennemer dunes between Amsterdam and Zandvoort, Dover sole from the North Sea, white Krombek beans, a product unique to Lutjewinkel in North Holland, and Jersualem artichoke from Osdorp.

Guests of The Dylan Amsterdam, an elegant former 17th-century theatre situated on one of Amsterdam‘s main canals, are treated to a gourmet getaway of a seven-course Chef’s Signature Menu with effortless wine pairings in an intimate setting. 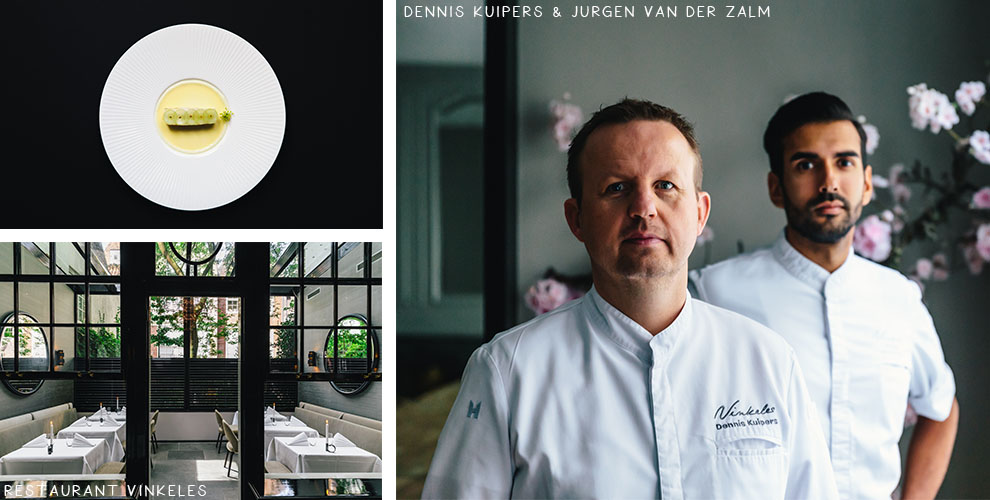 Chef’s Pick: My favourite dish is the Dover sole, which is really a signature of Restaurant Vinkeles. This dish shows the perfect cooperation between Jurgen van der Zalm as Chef de Cuisine and myself. The classic influence and technique in sauces and cuisson of the fish with the refinement, contemporary layout and fresh tones of Jurgen van der Zalm.

Elevating classic Italian dishes, 40-seat AROMA offers Michelin-starred dining with unparalleled views of the Colosseum. Roman-born chef Giussepe Di Iorio has been AROMA’s head chef since it opened in 2010, during which time he has developed a menu which features five different varieties of pasta, and appetisers which showcase lesser known species of fish in keeping with Di Iorio’s sustainable fishing ethos. Enjoy a three-course tasting menu in the Eternal City when booking one of Palazzo Manfredi‘s Junior Suites or Suites overlooking Rome‘s most iconic landmark until the 20th December 2020.