A culinary journey across Thailand

A two-week itinerary from Chiang Mai to the islands

From the tin roofs of roadside restaurants to rooftop pools in boutique boltholes. Pair a culinary tour of one of the world’s most inspiring cuisines with the best luxury hotels in Thailand. Armed with chopsticks, dive into this sensory feast on a two-week itinerary, eating your way from mainland to island. Our experienced Travel Advisors can help plan your culinary adventure with insider travel tips and hotel recommendations.

Kick-off your culinary journey in the land of soulful street eats. While this city feels more like a laid-back town, its street food scene is anything but slow.

Rise early with the locals and head to Talat Pratu market. It opens at 4am, and we’d recommend arriving early to watch (and smell) the food being cooked. Breakfast on khai jiao, a Thai-style omelette filled with fresh herbs and ground pork. Or savour the sweeter side of traditional cooking with khanom krok, an ancient coconut rice pancake. 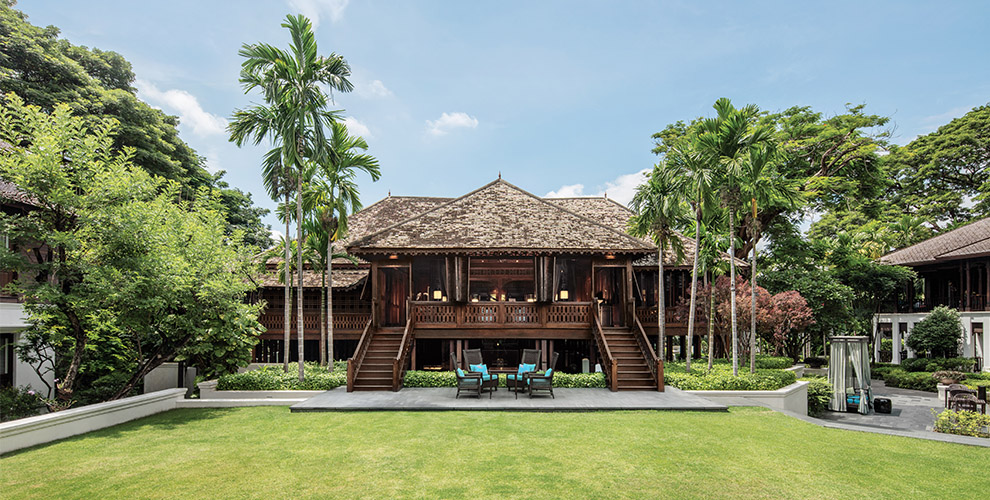 More adventurous eaters will feel right at home in this vibrant city. One for the Bangkok bucket list is dancing shrimp – a traditional dish prepared by traders from the Mekong River. As the name suggests, live shrimp are coated in fish sauce and a hefty squeeze of fresh lime. The citrus causes the shrimps to dance’ around in the bowl, so timing is everything when it comes to braving this dish.

When evening arrives, swap street food for silverware and explore the city’s fine dining scene. You’ll find familiar flavours with a fresh execution in Bangkok’s galaxy of Michelin-starred and rated restaurants. Find out how Chim by Siam Widsom earned its star by trying the poo nim tod, deep-fried crab served with mango and roasted coconut salad. Or visit Paste for inspiring twists on the traditional, like the simple southern dish lobster salad, spruced up with fish skins and edible coral flowers.

SETTLE IN FOR THE NIGHT

Take luxury living to another level at 137 Pillars Suites, home to Bangkok’s highest infinity pool. Or delve deep into the city’s vibrant nightlife from Akyra Sukhumvit, a boutique bolthole with an urban edge. To experience the city like a native at Akyra Thonglor‘s stylish apartment-style setup. 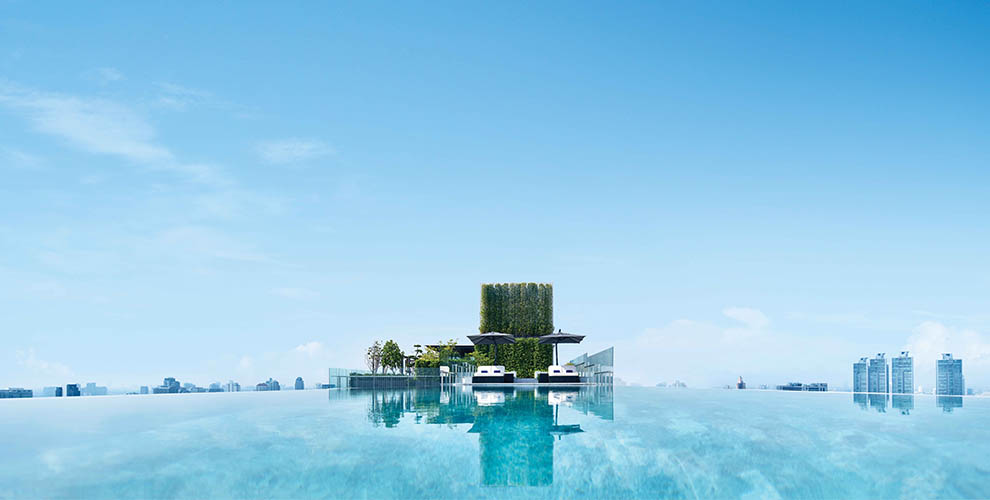 LAST BUT NOT LEAST: THE ISLANDS

In the eastern Thai gulf islands, flavours are as fresh as the breeze that rolls onto the shore. And on Thailand’s second-largest island Koh Samui, the culinary delights are as bountiful as its beaches. Sip then scoop from freshly-fallen coconuts. Savour sea-seasoned oysters famous for their size. And delve into some of the island’s delicacies, like kalame, a sweet caramel candy made from sticky rice, coconut milk and palm sugar.

On Koh Samui, it’s no surprise that seafood is the star of the show. Look out for some of our favourite dishes, like plah kah pung neung manow ­- snapper flavoured with garlic, lime and subtle herbs, then steamed.

Another unmissable dish is poh tak talay – a spicy, sour soup. And it’s well worth waiting until you get to the islands before trying it. This soup is best crammed with just-caught fish.

Take your pick from a trio of captivating Koh Samui luxury retreats. At Bo Phut Resort & Spa you’ll have your own beachfront residence – and evenings of fine dining to look forward to. At Cape Fahn private island resort, relish the tranquillity of a hilltop villa with its own infinity pool. Or relax among the sustainably-focused luxury of Tongsai Grand Villas in the rugged north-east of the island. 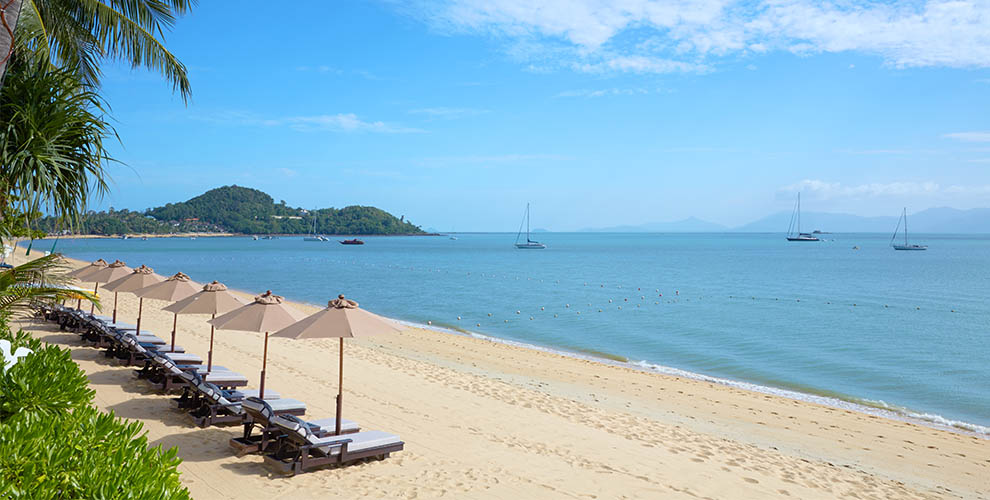 It takes just over an hour to fly between Chiang Mai and Bangkok, and from Bangkok to Koh Samui. For in-depth details about transfers or transport provided by individual hotels, just ask our Voice Reservation Team.