A 2-week itinerary from Seminyak to Tembok

Bali beguiles, captivates and calms. Cascading rice fields, mountainous backdrops and serene temples tempt you in – and the beaches are the icing on top. There’s so much to see, you won’t want to stay still for long. So our experienced Travel Advisors have put together an inspiring island itinerary, complete with destination tips and the best boutique hotels in Bali.

THE START OF SOMETHING BEAUTIFUL: SEMINYAK

Half an hour’s drive from Ngurah Rai Airport, stylish Seminyak awaits. Discover the true meaning of island living in this pocket of luxury on the island’s southern shore. Known for its sleek nightlife and long stretch of coastline scattered with world-class resorts, Seminyak feels in a world of its own.

By day, fuel up at a beachside cafe, then grab a board and catch some waves – if you’re a beginner, Santai Surf School can show you the basics. Though it will be tempting to spend the day lounging on the beach, venturing further afield certainly won’t disappoint. Brimming with Balinese restaurants, modern art galleries and locally-run designer boutiques, Seminyak strikes the perfect balance between tradition and luxury. When night begins to fall, make your way back to the beach (if you haven’t already) and watch the Indian ocean swallow the sun from under softly-lit ceremonial parasols.

From beach breaking to spiritual awakening – your next stop is somewhere you can truly unwind.  Just over an hour’s drive from Seminyak, Ubud is a village of temples and awe-inspiring scenery that piqued the interest of travellers after featuring in Eat, Pray, Love. Watch traditional dance performances at open-air venue Pura Dalem. Wade through the Mandala Wisata Wanara Wana jungle, home of the Sacred Monkey Forest Sanctuary. But for the ultimate Bali photo op, Ubud’s rice fields beckon, in lush green lines that thread across the landscape. 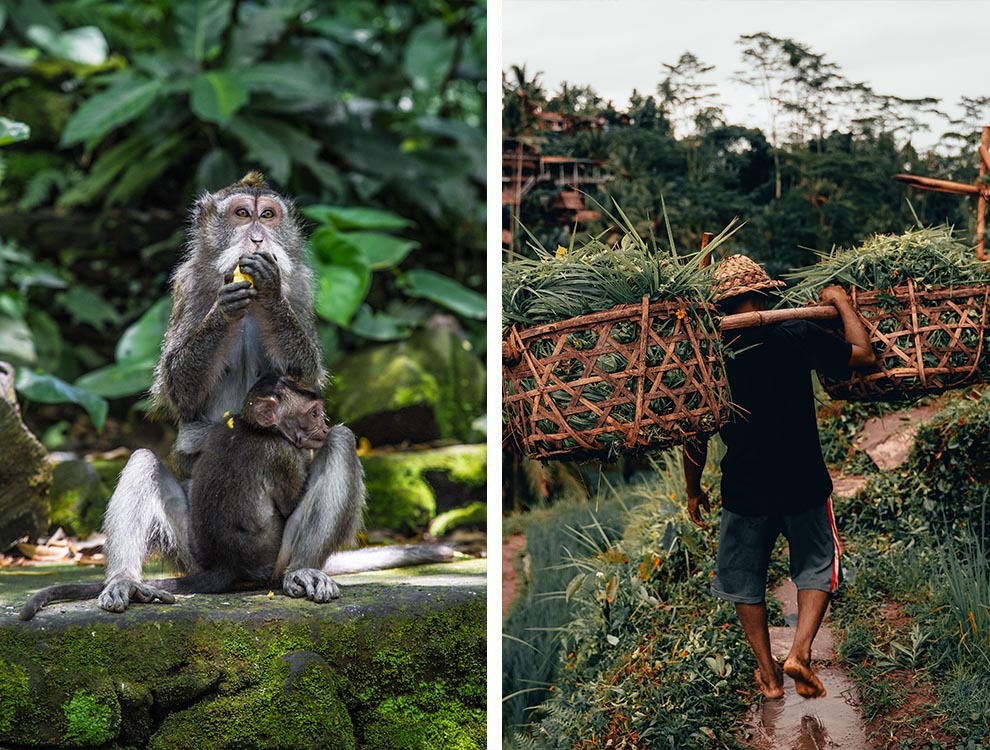 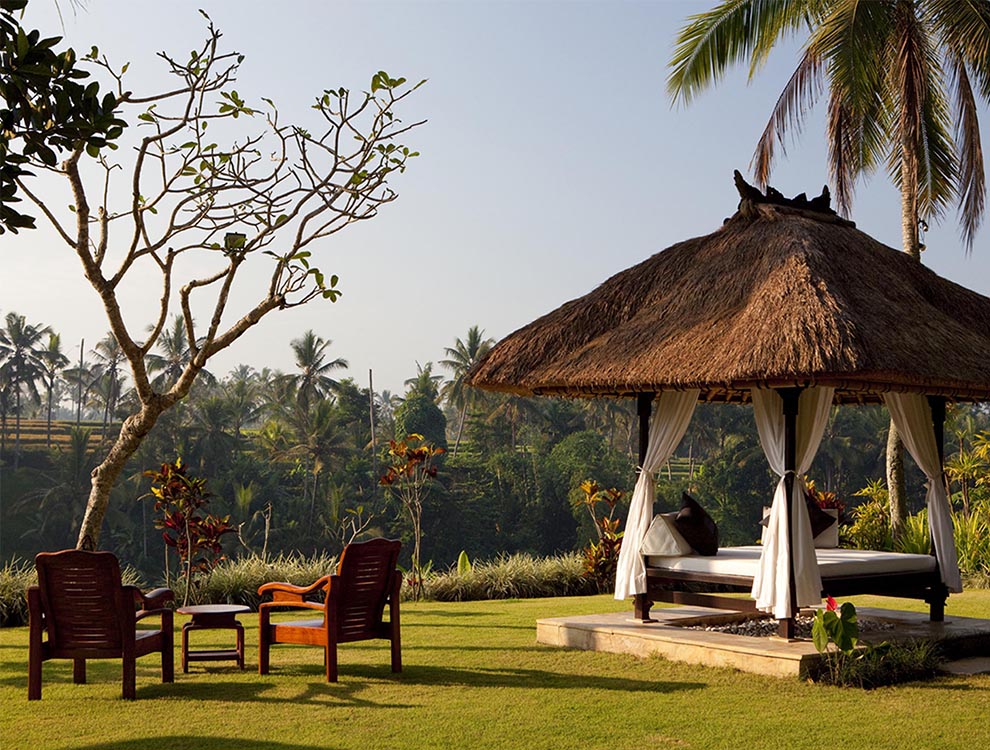 Perched high among the mountain foothills, Viceroy Bali patiently waits to take your breath away. From your thatched villa, watch the morning mist ebb through the jungle and across the Petanu River gorge beneath you. Connect with nature at the spectacular spa, and feel your worries melt away as the hours melt into days. For an authentic taste of the Indonesian archipelago with international influences, sit down to a seasonal tasting menu at Apéritif Restaurant, a tropical haven tucked away in Ubud’s lush mountain valley setting. Suggested stay 3-4 nights.

LAST BUT NOT LEAST: TEMBOK 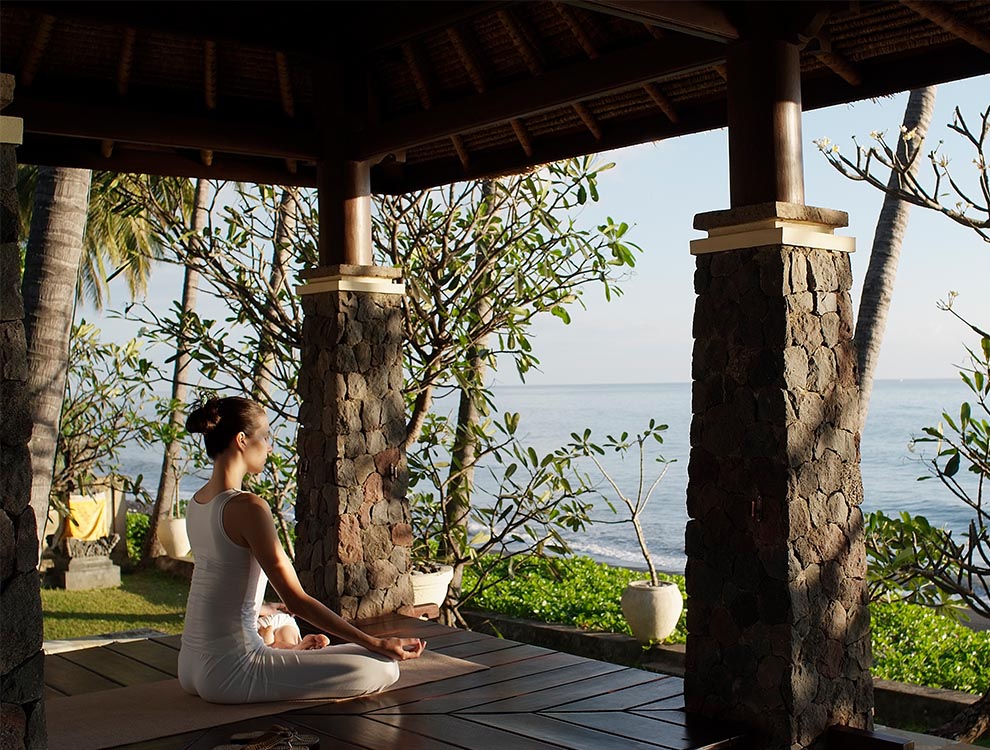 On the island’s north-eastern coast sits the sleepy fishing village of Tembok, or Tejakula. Truly off-the-beaten-track (and even off some tourist maps), Tembok is the perfect place to experience Balinese culture. Trek up to Yeh Mempeh waterfall, or perfect your downward-facing dog with beach yoga classes. And make Spa Village Resort Tembok Bali your base, taking time to focus on total-body rejuvenation. Suggested stay 3-4 nights.

There isn’t a designated car hire centre at Bali’s airport, but independent companies offer a meet-and-greet service on arrival. The local transport of choice is definitely a motorbike, but the Balinese roads are not for the faint-hearted. Ask our Voice Reservation Team for details about transfers or transport provided by individual hotels.