Ibiza to Formentera: eco-friendly island hopping in the Balearics

Boasting some of the bluest waters in the Mediterranean, Spain‘s Balearic Islands are bursting with barefoot, bohemian soul where you’ll find a less-is-more approach to luxury. With its well-known party set and charming Old Town, Ibiza paints a pretty picture of whitewashed finca, blooming bougainvillaea, and blue-painted fishermen’s huts, while its chilled-out little sister Formentera, is more like a desert island dream of wild, rocky coastline and off-grid beaches. Two of the islands’ trendiest boutique hotels have teamed up this summer to offer travellers an exclusive eco-friendly experience of some of Europe’s most sought-after holiday destinations. 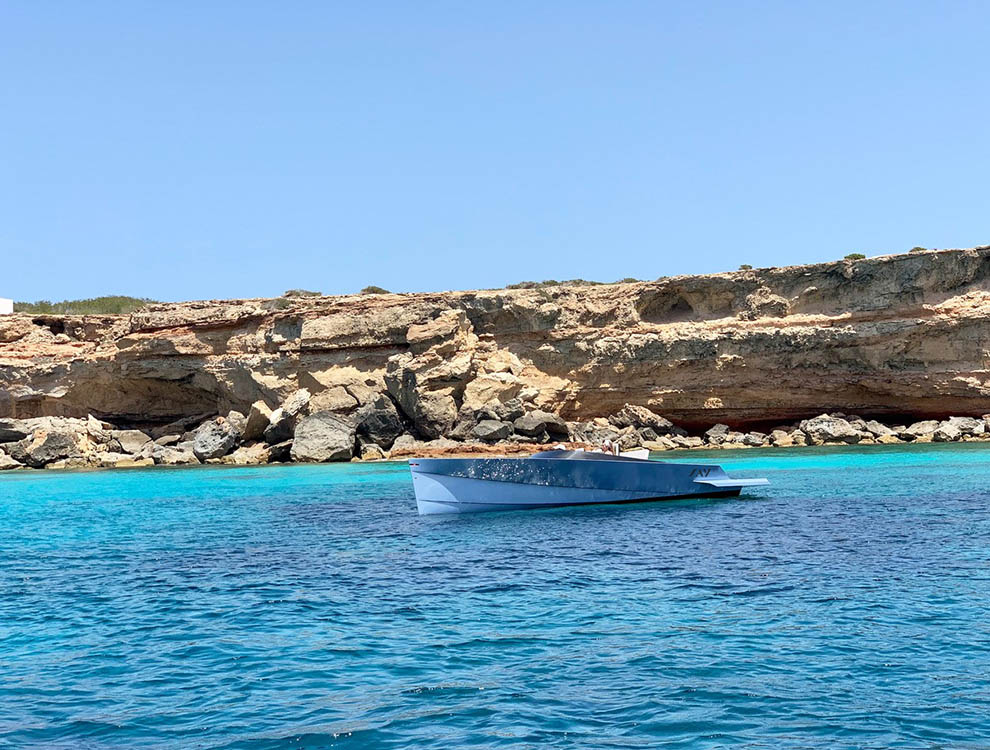 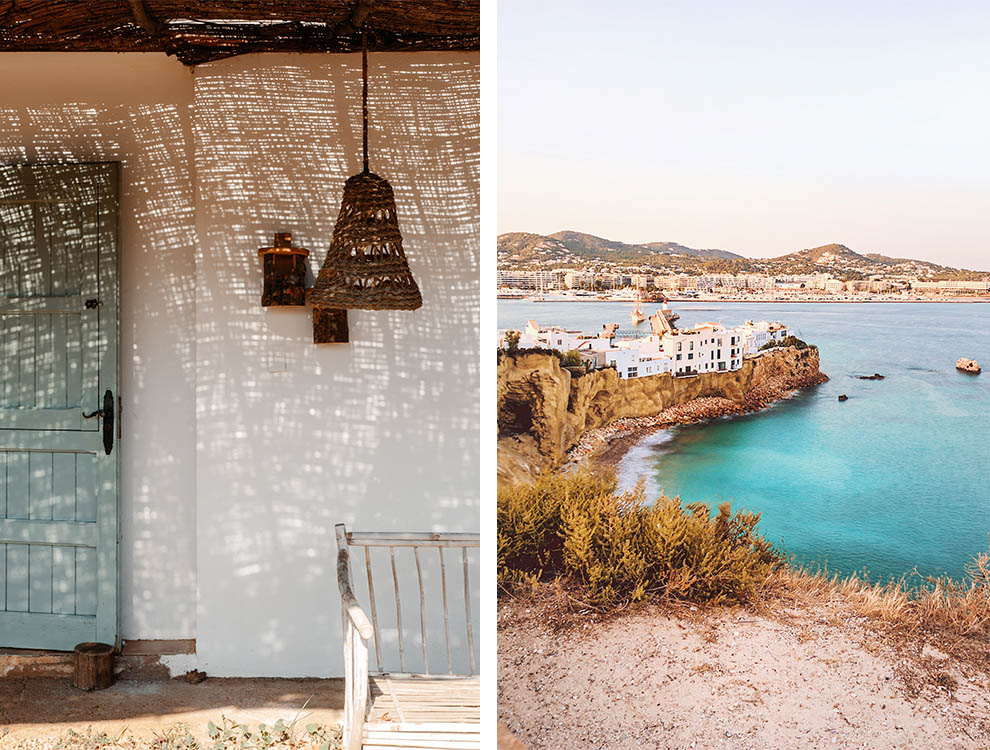 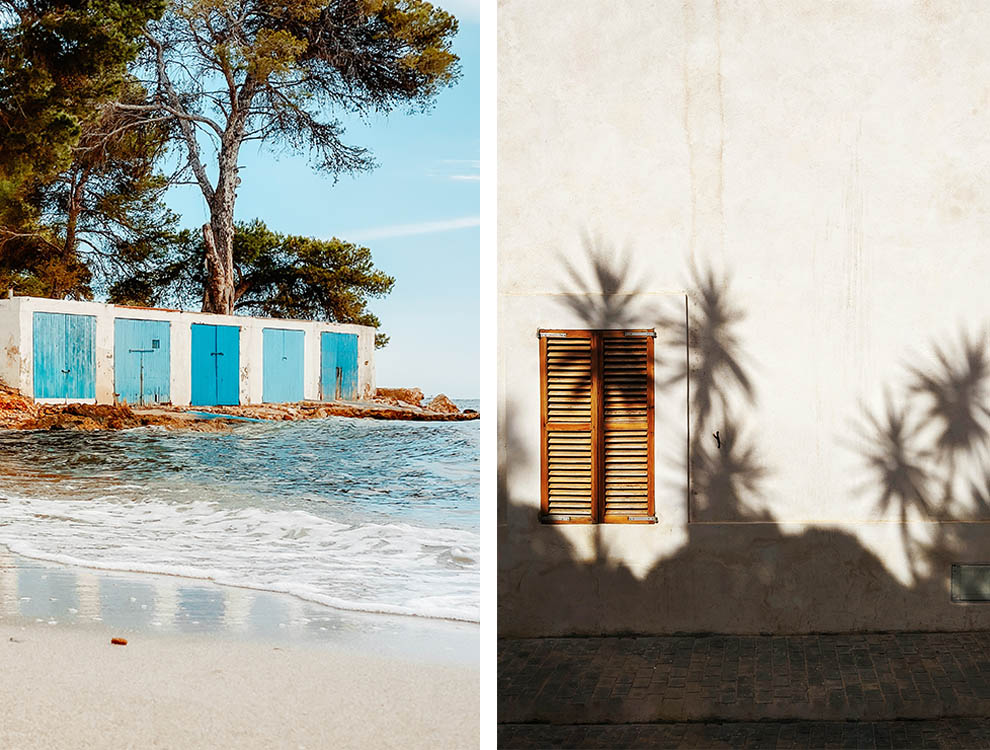 Tiny Ibiza has a big reputation, but there’s more to the world’s clubbing capital than meets the eye. Delve into ancient towns crowned with medieval churches. Relish just-caught seafood and local recipes in traditional tapas restaurants. Climb up and over headlands to find deserted coves – or listen to sundown grooves at a beach bar. Ibiza’s rugged coast hides hundreds of cove beaches – or calas, which means some of this island’s best kept secrets should be seen from the water. The super-sleek low emission SAY Carbon Yacht takes guests on a half-day voyage cruise to discover the spectacular coastline, scattered with under-the-radar bays and inlets. 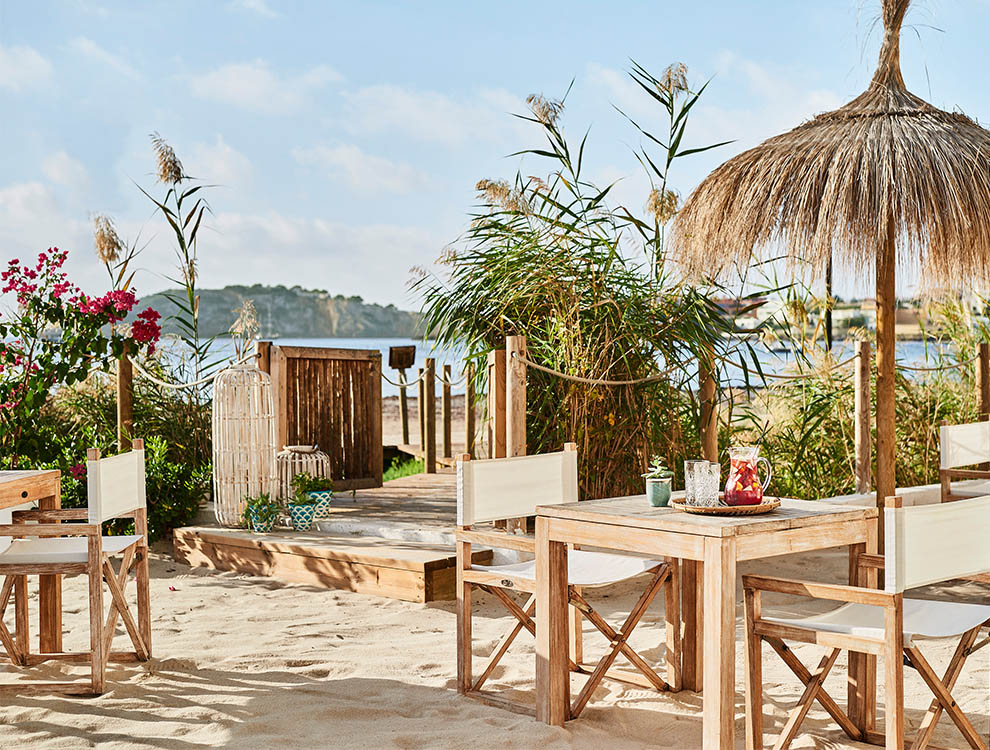 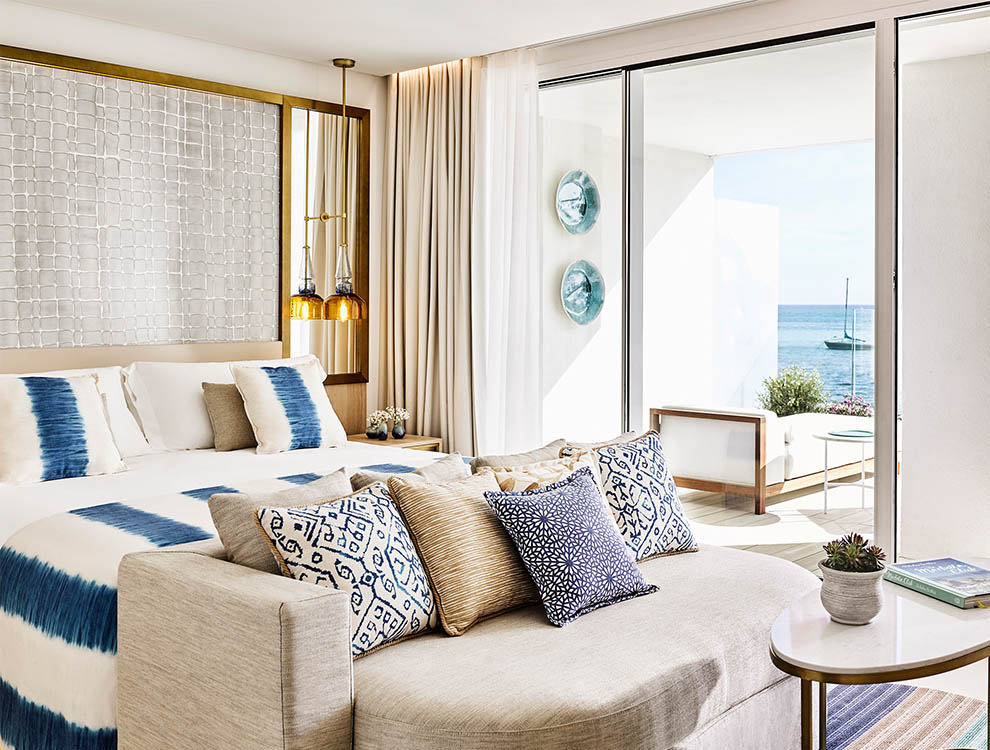 With a pretty palette of coastal blues and whites to match its beachfront setting, Nobu Hotel Ibiza Bay makes the most of its prime position on the quieter side of the White Isle. Its cleverly designed floor-to-ceiling windows and glass-fronted balconies mean Mediterranean views from the comfort of your king-sized bed. While away a sun-drenched afternoon lounging poolside on a Bali bed, or unwind in the Six Senses Spa with a beach cabana massage. Get a taste of your on-board lunch from the legendary Japanese fusion restaurant Nobu which serves up a seductive selection of sushi, while freshly caught seafood can be enjoyed toes-in-the-sand style at Chambao, the hotel’s chiringuito beach restaurant. Suggested stay 2 nights minimum. 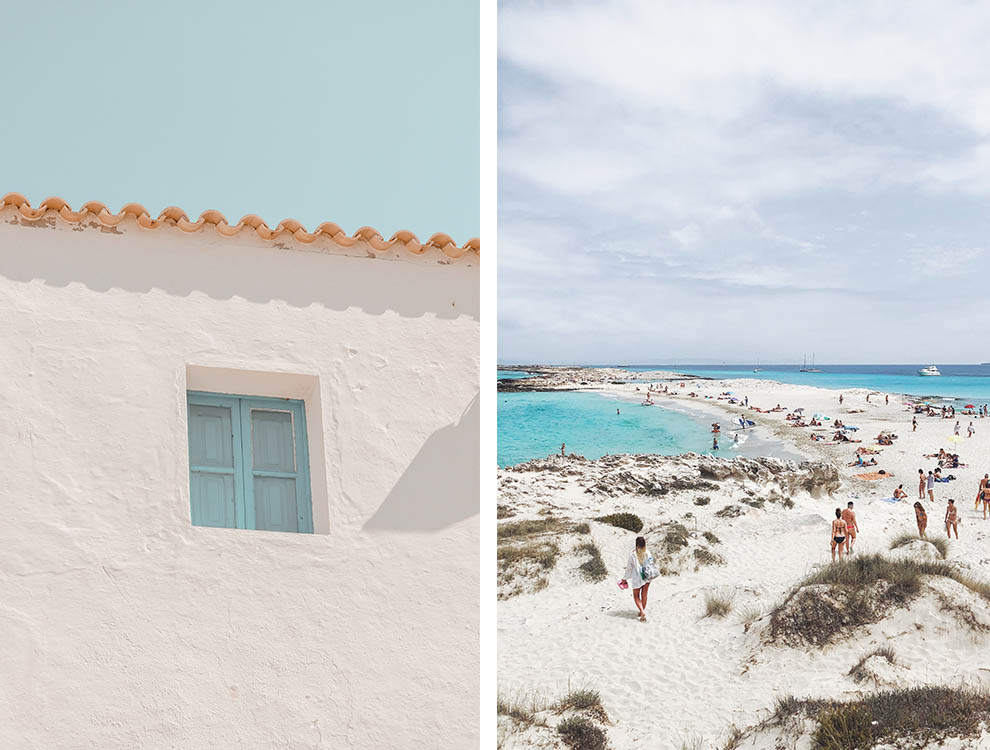 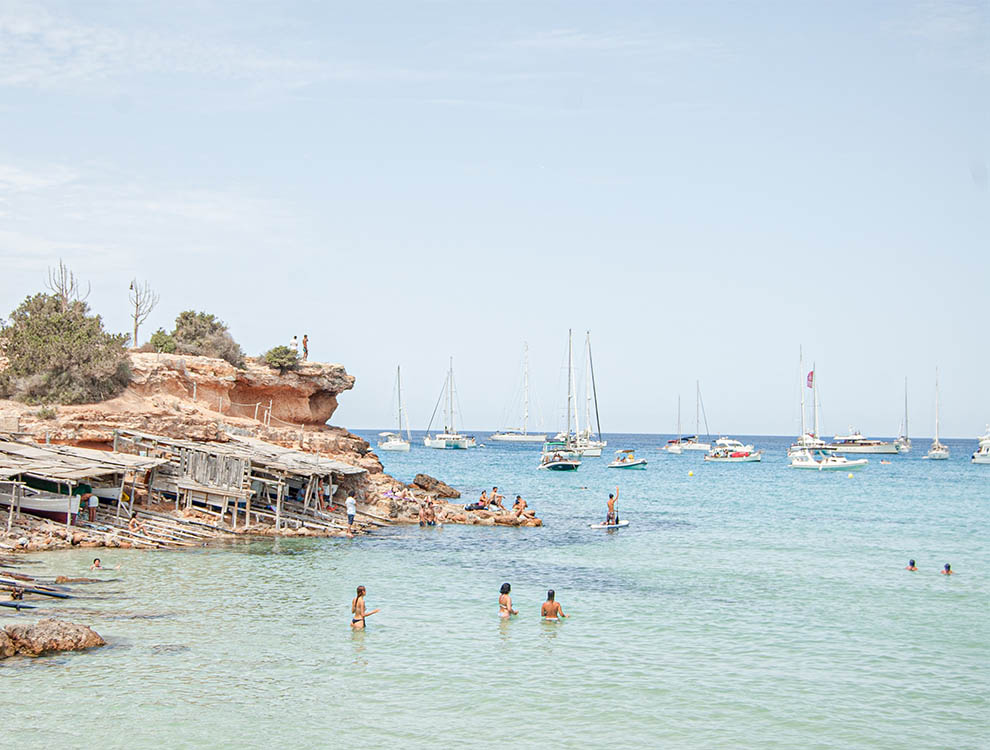 As the smallest of the Balearic islands, Formentera is brimming with castaway charm. Wearing its eco-credentials proudly on its secluded sleeve, you won’t find high-rise buildings or clusters of hotels which gives the island a truly unspoilt feel. Much of Formentera’s lure is that there’s very little to see – leaving you free to appreciate its natural beauty. Picture icing sugar sand dunes and whitewashed villages punctuated with green pine forests and the brightest of turquoise seas you’ll see this side of the Indian Ocean, with a dash of bleached blonde beaches. Platja de Migjorn on the southern coast is true escapism territory, with little more than a handful of chiringuitos for company. 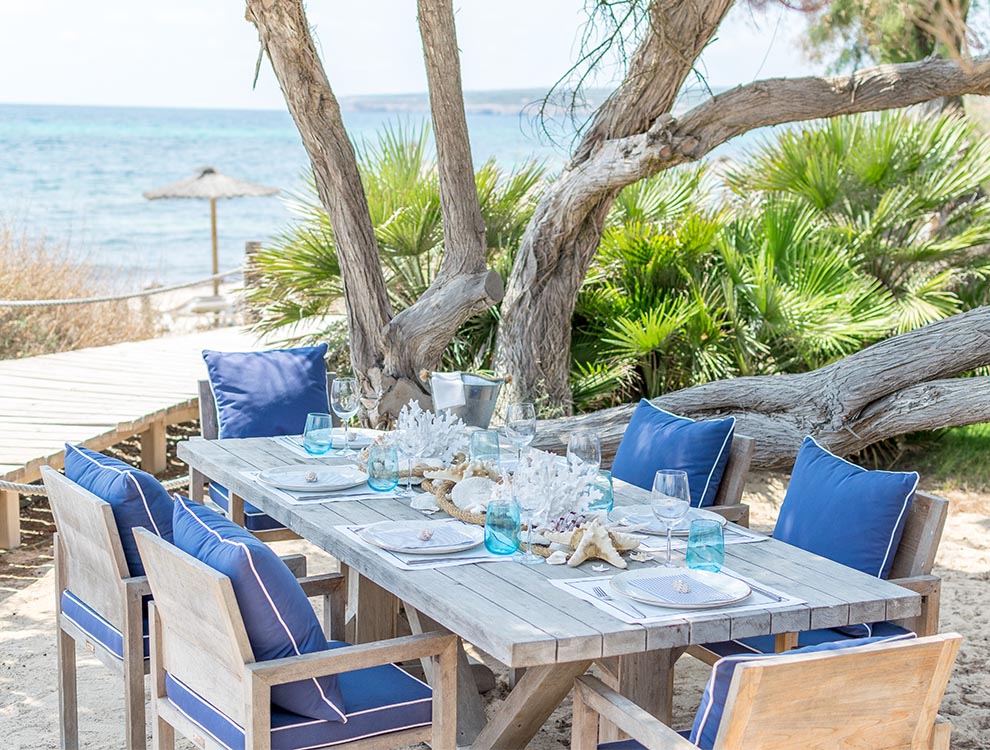 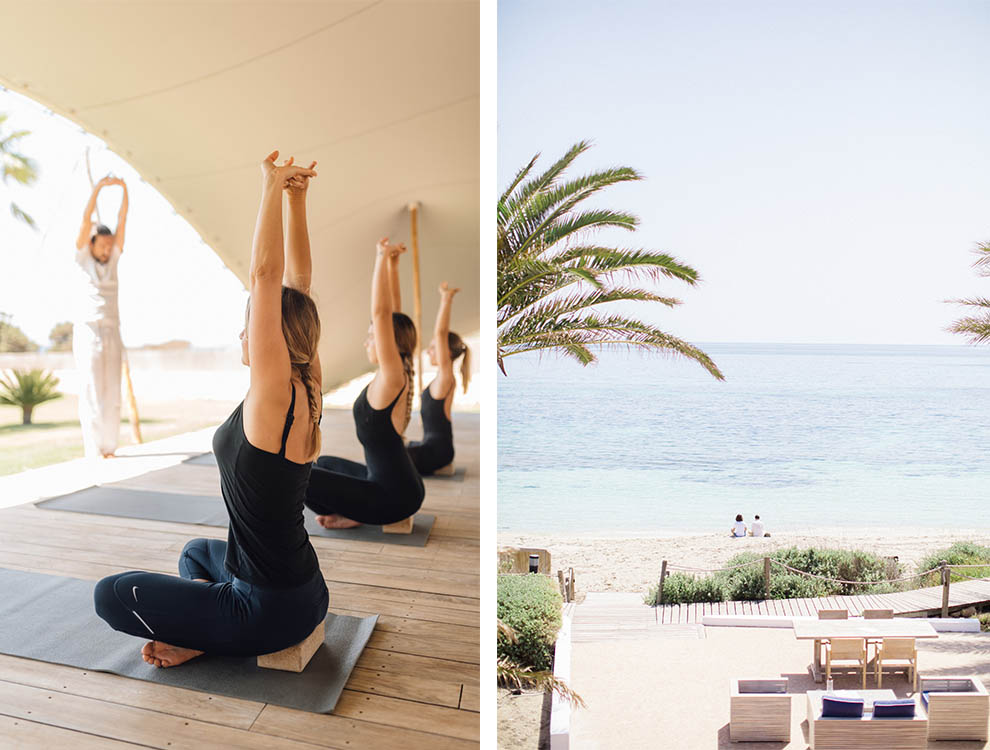 A private electric Mercedes will drop guests at Gecko Hotel & Beach Club, a light-filled boutique retreat on one of the island’s best stretches of sand, where the dress code is barefoot boho-chic. Rooms overlook the blue Mediterranean or palm-filled gardens, while suites come with private plunge pools surrounded by hammocks and terraces with sink-into sofas. Little touches like beach bags and towels are all thought of, so all you have to do is decide how you’d like to relax. Find your Balearic balance during daily morning yoga classes with the resident guru, or explore the wildly beautiful landscape by bicycle, paddleboard, or kayak. Suggested stay 2 nights minimum.

If you’re planning a post-pandemic party and you have a set DJ in mind that you want to see, we’d always recommend purchasing club tickets or making table reservations in advance – hot tickets in Ibiza sell out fast. For more of a back-to-nature experience, the 20km-long island of Formentera is pleasantly walkable with countless footpaths filled with flora and fauna.

The package starts at €1,400 per person bookable from now until 31st October 2021 for stays until the same date, based on two people sharing and includes two nights at Nobu Hotel Ibiza Bay, SAY Carbon Yacht private one-way transfer to Formentera including four-hour boat tour, e-Mercedes private return transfers from Formentera Port and two nights at Gecko Hotel and Beach Club.