Getting lost in Lisbon

24-hours in the city that (really) never sleeps

Lisbon has more hip bars and hidden sights than you can shake a pastel de nata at. And, while the Fado and trams never fail to impress, there’s another side to Lisbon that’s just waiting to be discovered. Here’s our off-the-beaten-track guide to 24-hours of cool (and just a bit of custard) in the city of seven hills.

Start at the heart of it all

True, it’s not exactly underground’, but Rossio is one of the city’s genuine must-sees – a vast square with baroque fountains, grand columns and lots of atmospheric cafes. It once played host to bullfights and executions. Now it’s the place for a laid-back coffee and a spot of people watching.

If you can’t face the day without your custard tart fix, hotfoot it to Pastéis de Belém. Since 1837, this bakery has been hand crafting these little gems – best served with a sprinkle of cinnamon. If you’re becoming an aficionado of custard tarts (and who can blame you?) don’t miss the other local legend: Manteigaria on Rua do Lorento.

Getting out of the ordinary

To work off those calories, you could make a beeline for one of the city’s many parks. There are the famous Gulbenkian Gardens or Parque Eduardo VII. Or one of our favourites is the lesser-known, but equally beautiful, Jardim do Torel.

If you prefer to keep things urban, hop on a tram to the Saldana district which is a mecca for street art. There’s even an app you can download featuring more than 160 pieces across the city. Alternatively, give your feet a rest and ask a taxi driver for a bespoke tour – some of the largest street murals are unmissable. Quite literally. 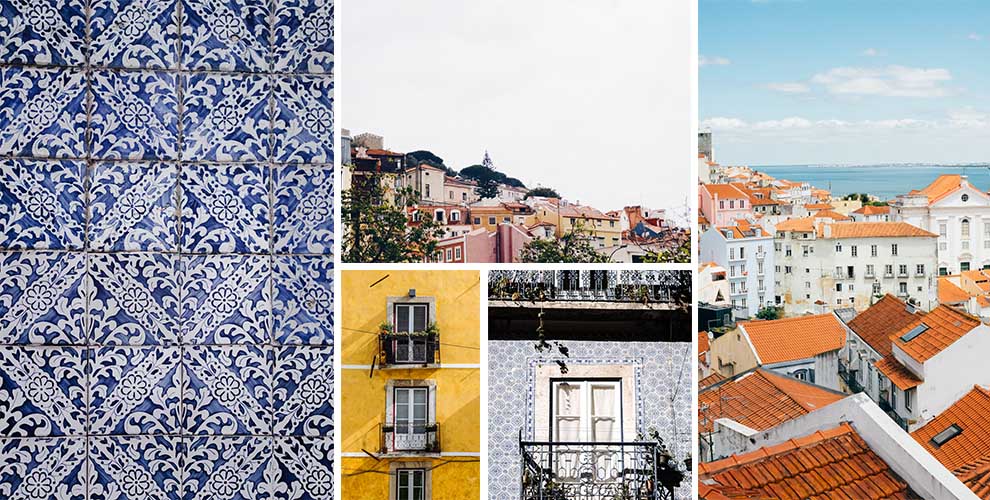 Browse the weird and the wonderful

On a Tuesday or Saturday, the Thieves Market’, aka Feira da Ladra, springs to life. It’s a sprawling flea market where you’ll find everything you could possibly want – and much, much more. Hop off at tram stop Campo da Sta. Clara and follow the crowds. Just be careful that you don’t blow your baggage allowance on 1980s computer games, hub caps and vintage toys.

Time for a sundowner?

As evening sets in, climb the slopes or board a funicular and join the locals at one of the many viewpoints. There are lots to choose from, but the Miradouro da Graça takes some beating: romantic, panoramic and a stone’s throw from some of the city’s best cocktail bars. Alternatively, dive into the back streets of Bairro Alto and make for Miradouro de Santa Catarina for an incredible view across the Rio.

After dark, Lisbon really comes to life. Bars spill out onto the streets. People gather at viewpoints and you’re more likely to hear Afro-house pumping out than traditional Fado.

The city definitely knows how to party – and many of the clubs don’t start to warm up until 2am when the bars close. For a taste of Lisbon’s new nightlife scene, head for Village Underground Lisboa. Set in a tram depot in the west of the city it’s made from abandoned shipping containers.

Another up-and-coming spot is the newly regenerated Cais do Sodré, beside the docks. This area was once the city’s Red Light district, but has recently had a serious makeover. Known as the Pink Street’, it’s home to one of Lisbon’s most important clubs for sweaty, loud, underground parties: Music Box.

If that’s not your scene, Lisbon has lots of live music venues to explore, playing everything from jazz to rock to folk. Or you could take the easy option and escape it all at one of Lisbon’s boutique hotels: Lumiares Hotel and Spa, Pousada de Lisboa or Hotel da Estrela. The city may not sleep, but – after all the partying and pastries – you deserve a rest.