Get lost in Santorini

Find the best spots away from the tourist trail

Startlingly white houses punctuated by bright blue church domes. Black volcanic sand and camera seducing sunsets. Vibrant towns perched on high cliffs. It’s easy to see what attracts millions to this model of Greek island perfection. But what if you want to explore the authentic, more alternative side of Santorini? It isn’t too difficult. You just have to know where to look…

The first thing to bear in mind about this relatively small island is that most visitors flock to the crescent-shaped caldera along the west coast. And rightly so. This is where the majority of the famous attractions and Santorini’s best luxury hotels are – making them an excellent base from which to explore further afield. 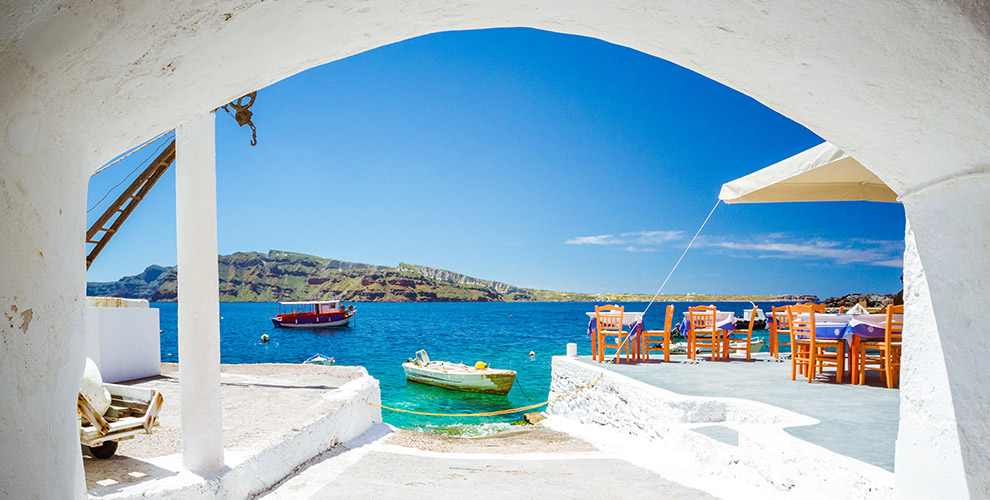 To truly appreciate the surrounding countryside, take a hike. One of the most popular routes takes you from the cultural hub of Fira to the pretty cliff-face village of Oia in the north.

Fira is home to the beautiful 19th-century Orthodox Metropolitan Cathedral, and its rolling arches and imposing bell tower are well worth a visit. But be sure to mix up these well-trodden tracks by going south and inland to the quieter, traditional villages such as Emporio. It’s refreshingly off the usual tourist radar with its tangle of cobbled alleyways to get lost in.

Another spot that feels more like a cool Cycladic retreat than sun-seeker hub is the medieval town of Pyrgos. Built on a hill at Santorini’s highest point, it was the capital of the island until 1800.

Or wiend your way north of Fira through vineyards to places like Imerovigli. A rough path from here leads to Skaros Rock, positioned on the small peninsula jutting out into the Aegean Sea. If you’re happy with lots of steps to the top, you’ll be treated to a stunning 360-degree view of the caldera.

Don’t go with the usual flow

To see where Santorini began around 3,600 years ago, there’s the uninhabited island of Nea Kameni. Walk around this active volcano and swim in the thermally heated waters. Then, to escape from the hotter tourist spots, climb the three volcanic peaks – Fouque, Reck and Smith. You’ll be free to explore without a guide and gaze at the larger crater below, where eerie tracks of ancient lava streams glisten in the sun. 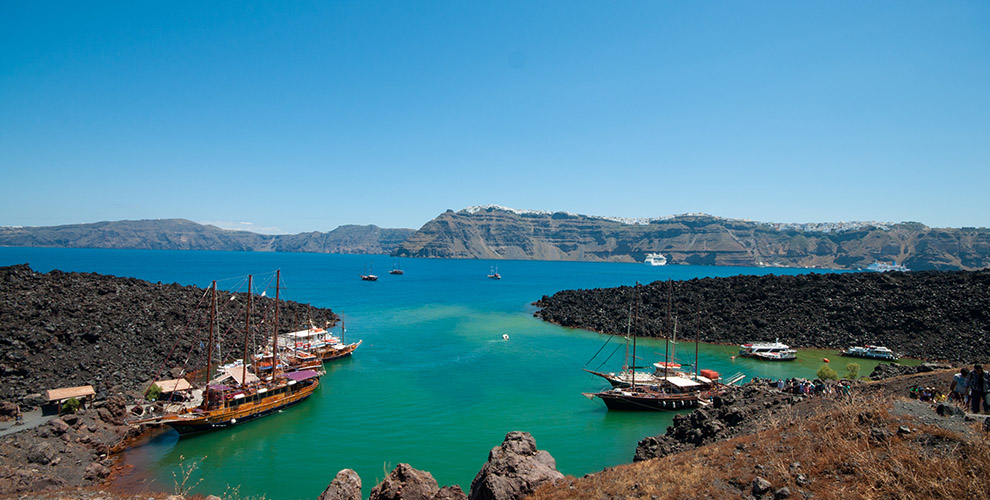 Beaches off the beaten track

Aside from the beautiful Red and Black beaches, there’s also plenty of sun-lounging space and crystal-clear sea on the beaches of Kamari and Perissa in the west, or further away in the remoter Vlychada. Set beneath dramatically eroded pumice cliffs, you can visit the old Tomato Factory here to taste sweet Santorini cherry tomatoes.

You could also make time for the monochrome marvel of the White beach near the Akrotiri ruins. It’s only accessible by boat and as you wade to shore, bag above your head, the contrast of bright white boulders sitting on black sand is simply striking.

From swish and swanky bars to charming, weather-beaten restaurants, you’re spoilt for choice in Santorini. Straight from the sea grilled fish, tomato fritters, tender chicken souvlakia and huge prawns are the order of the day many tavernas. Try Melina’s in Alkrotiri or Galini in Kamari – just metres from the shore.

For a place where local Greeks outnumber the tourists though, there tend to be traditional treasures tucked away along beaches and down side streets. Even in Fira, you’ll eat the best-filled pitas (gyros) outside of Athens at little-known cafes such as Lucky’s. 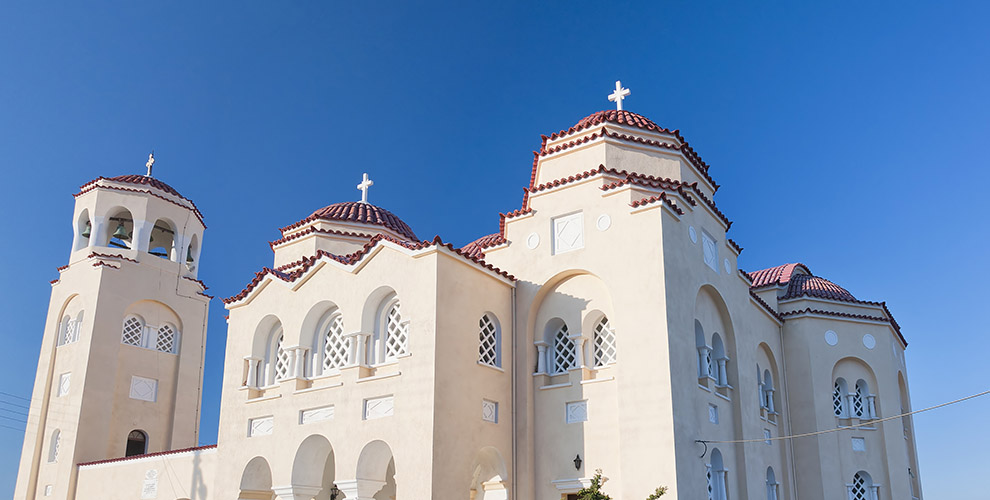 Raise a glass to something different

Just outside Exo Gonia, you can soak up the creative atmosphere in the Art Space gallery whose old caverns now display mainly Greek artists. And learn about the history of wine-making while you sip local specialities such as a sweet Vinsanto and fiery Raki spirit.

Ever fancied a night out watching a film under the stars surrounded by trees? Then find a chair at the wonderful open-air cinema near Kamari. It also serves snacks, drinks and a blanket if it gets chilly.

To visit some of the more off-the-beaten track and off the bus route places, you’ll find hiring a car, moped or ATV quad bike is easy and good value.