You’d be hard-pressed to find a more dramatically-situated capital city than Santiago. In the foreground is everything you’d expect: soaring skyscrapers, historical plazas and bustling avenues. But the real showstopper is Santiago’s backdrop – the awe-inspiring Andes. Snow-capped or wreathed in mist, this majestic mountain range is with you wherever you go. And as you explore this city of contrasts, here are four things not to miss – from Chile‘s characterful luxury hotels to the best views.

Striking street art, coffee-topped tables teetering on pavements and quirky markets – Bellavista is a barrio to lose yourself in. This is the place to spend lazy days enjoying picadas or lights out cocktails come sundown – such as the soul-shaking terremoto that translates as ‘earthquake’. This pineapple laced fermented wine mix is so strong that the second round is usually half the size… and called an ‘aftershock’.

You’ll need a clear head for climbing Cerro San Cristóbal, though. This elevated urban park offers incredible panoramas, with a funicular and cable car carrying you up and down the summit. For a bird’s eye view of the mountain-backed metropolis, nothing beats it. And if you enter the Bellavista end of the park, you’ll also steal an up-close-and-personal look at the towering Virgen de la Inmaculada Concepción.

Top tip: nowhere captures the cosmopolitan yet caught-in-time feel of Santiago like Hotel Boutique Castillo Rojo. From here you’ll be on the cusp of all that’s happening in bohemian Bellavista. 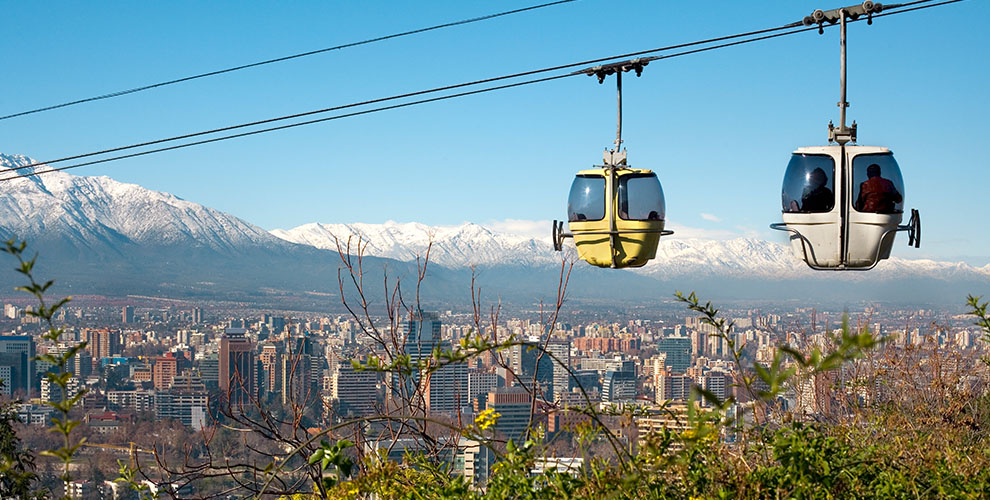 Santiago is a city that wears its history on its sleeve. Beautifully-preserved colonial architecture stands shoulder to shoulder with municipal buildings from the 80s.  While these rather banal modern edifices won’t have you reaching for your camera, the jumble of architectural styles paints a fascinating picture of Santiago’s past.

At the city’s core lies Plaza de Armas. Crowned as the first public space by Santiago founder Pedro de Valdivia in the 16th century, it’s also the emblematic heart of Chile. From here, you’ll also be well-placed to reach a number of museums. Try Museo Chileno de Arte Precolombino and Museo Colonial, and then make time for the peaceful interior of the Catedral Metropolitana. Founded again by Valdivia, it was repeatedly restored and rebuilt over the centuries after devastating earthquakes. You can even see neoclassical influences from the Italian architects who reimagined it in the 1800s.

One of these architects, Joaquin Toesca, also designed Palacio de la Moneda. This ornate palace was once the country’s official mint.  Today, it’s the seat of the Chilean President. It makes an imposing impression from every angle, and you can explore it as far as the inner courtyards. 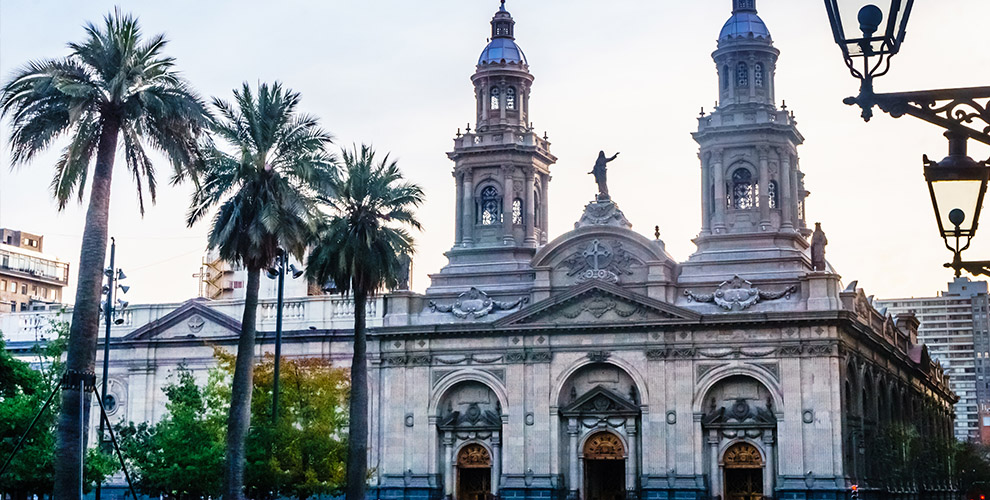 Long in the shadow of Buenos Aires and Rio (somewhat unfairly), the Santiago food scene is now quietly stepping into the limelight. Here you can sample everything from indigenous-inspired flavours to supper club tasting menus setting fresh trends.

For lunch, dive into Mercado Central. This atmospheric iron-clad food hall is among the best spots to sample seafood, including octopus and possibly the most generously portioned ceviche in town. Or if you’re really hungry, pick up lomito – feed-an-army sandwiches. Stuffed empanadas also keep hunger at bay as you’re exploring the city, so look out for food trucks with the longest queues of locals.

Top tip: If you reach the Cerro San Cristóbal peak, reward yourself with a cooling cup of food truck mote con huesillo’, made from intensely flavoured dried peaches. 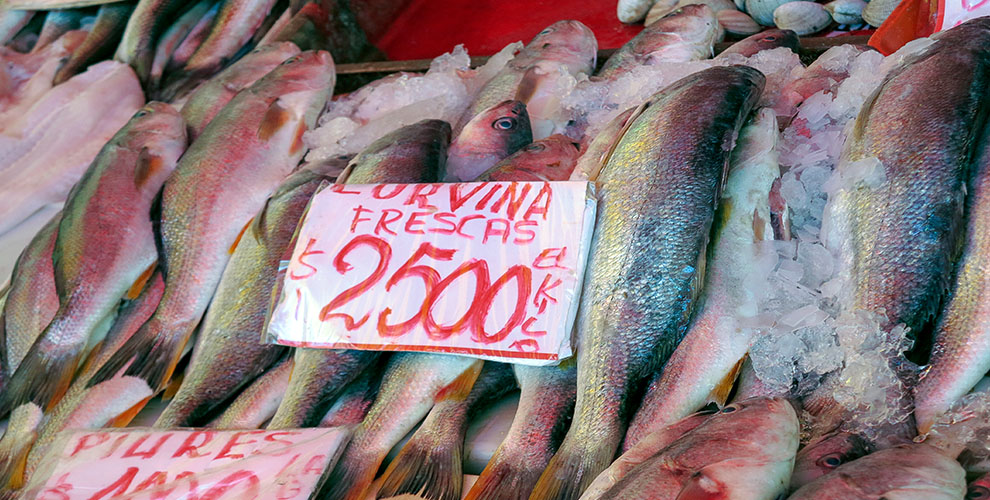 You can’t swing a paintbrush without hitting a cultural landmark in Santiago. And you’ll quickly see why visitors return to the city again and again. Centro Gabriela Mistral has a continually evolving series of installations and performance pieces, making every visit a fresh experience. For a touch of tradition, bag tickets to see the Chilean National Opera perform in the striking Municipal de Santiago. Or grab something to eat at down-to-earth El Huaso Enrique that transforms into a cueca dancehall after midnight.

If you’re staying in Bellavista – and literature is more your thing – visit La Chascona. Created in the 1950s by poet Pablo Neruda for his messy-haired’ mistress, Matilde, it bears all the hallmarks of his creativity.

As sophisticated as the Bellavista neighbourhood it’s a part of, Hotel Boutique Castillo Rojo is the ideal base for Santiago sightseeing. 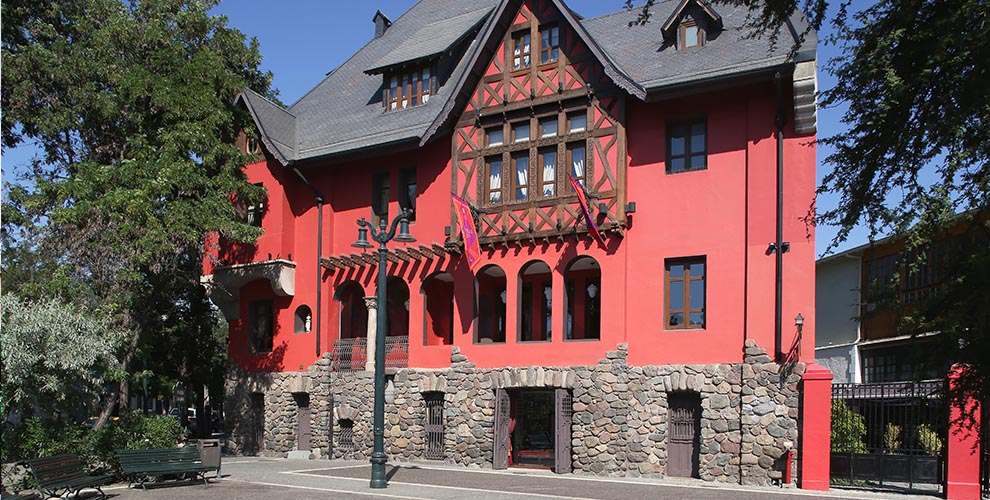