A trend-setting guide to the Danish capital

You’ve snapped selfies beside the poster-paint houses of Nyhavn. Ridden hundred-year-old rollercoasters in Tivoli. Learnt about Vikings at the National Museum, and walked in royal footsteps at Rosenborg Castle. Copenhagen is a treat for those in search of European history.

But in among the Neoclassical grandeur, you’ll also find a thriving trend-setting scene. From minimalist Danish design to Michelin-starred chefs, up-and-coming artists to cutting-edge street food, this is a city looking firmly towards the future. Here’s a taste of what contemporary Copenhagen has to offer.

Away from the bustling squares and cobbled streets of the city centre are a number of fascinating neighbourhoods to explore.

Feed your inspiration at Copenhagen Street Food. This huge market of vendors serves up food from around the globe, just minutes from the gallery.

For a day away from the city, hop on the train to the Louisiana Museum of Modern Art, just north of Copenhagen in Humlebæk. The seafront setting and contemporary architecture is almost as impressive as the art itself. And, if the weather’s bright, walk down to the water’s edge to look across the Sound to Sweden.

Make a night of it: if you’d like to spend longer exploring the coast, stay over at Kokkedal Castle Copenhagen, set between the city and Humlebæk on the Danish Riviera.

Scope out your dream Danish apartment on a beCopenhagen cycling tour of contemporary urban architecture. Join the flow of local cyclists and get a real feel for life in the world’s most livable city’.

If you want to know more about the famous Danish lifestyle, take a walking tour with a Copenhagen local to learn all about one of Scandinavia’s more recent cultural exports: hygge. Take a seat in a coffee shop, feast on freshly baked cake and get cosy.

It’s almost fifteen years since Noma put new Nordic cuisine on the map – and it’s still one of the city’s hottest tickets. It’s currently in the process of relocating, but no need to worry – it’s far from the only star in the Copenhagen galaxy.

Keep it in the family with a meal at 108. Noma’s sister restaurant is renowned for its local ingredients and traditional cooking. It serves up all the Michelin-starred innovation of its famous older sibling, but is a little easier on the wallet.

For something completely different, try Kiin Kiin, the only Michelin-starred Thai restaurant outside of Thailand. Or, for a taste of Copenhagen’s green-living ethos, head to trendy Relæ in Nørrebro. With low-key looks and fuss-free service, this restaurant has a fresh Michelin star for its ultra-sustainable menu.

Life is sweet: much like in Sweden and Norway, stopping for coffee and a pastry is a Danish ritual. Kanelsnegle, anyone?

Sixty years after Copenhagen’s KADK made its mark with its sleek, functional furniture designs, reinterpretations of mid-century-modern styles are once again in the spotlight. Pick up ideas, inspiration or a weighty souvenir at Illums Bolighus, a hub for premium Scandinavian design.

For a more portable keepsake, few things could be more Danish than a snug, classic knit. Quirky boutique Maritime Antiques & in Frederiksstaden carry SNS Herning fishermen’s sweaters, for a helping of hygge just in time for the colder months. 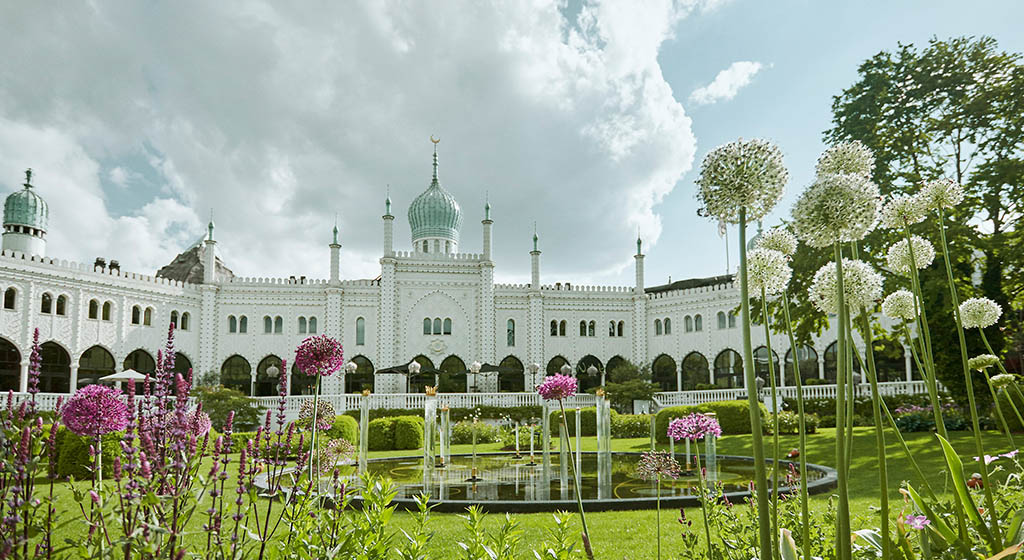 Few city retreats span the classic-contemporary divide with as much flair as Nimb Hotel. A Moorish palace in Tivoli Gardens with a minimalist exterior, this is one of the most memorable boutique hotels in Copenhagen.