Cagliari to Castiadas: an ode to Southern Sardinia

Often missed off the list of go-to Mediterranean islands, Sardinia is wonderfully wild and relatively unspoilt. Best enjoyed during shoulder seasons when the weather is balmy and the beaches virtually empty, Senior Content Editor Chloe Frost-Smith makes the most of the late September sunshine on the Southern side of Sardinia. 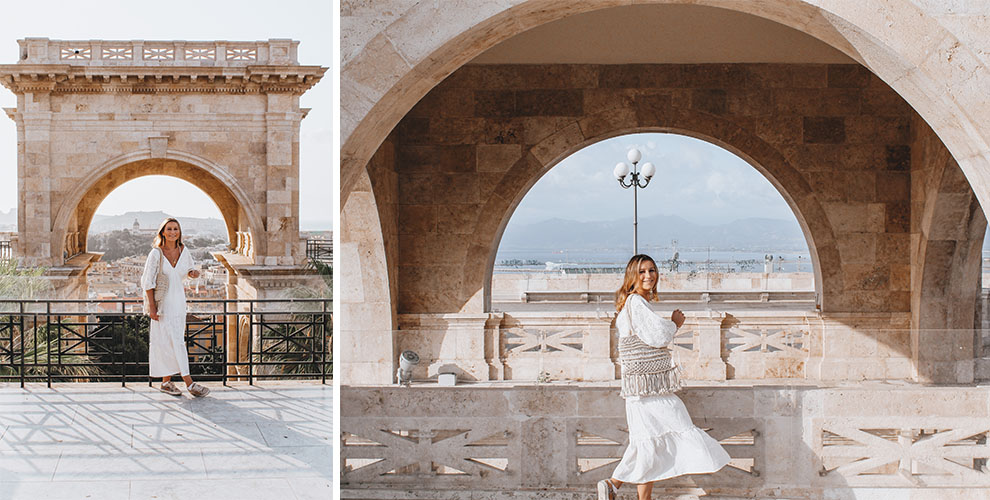 Aperol Spritz coloured buildings with rustic shutters and faded façades line the streets of Cagliari, the island’s charming capital. Its Sardinian name, Casteddu, comes from the word for ‘castle’, with evidence of the ancient city’s rich history at every turn. Carthaginian era ruins, a Byzantine basilica, 16th-century fortifications from the Kings of Aragon, and remnants of the Roman Empire are just a handful of the many civilisations which Sardinia has seen rise and fall. 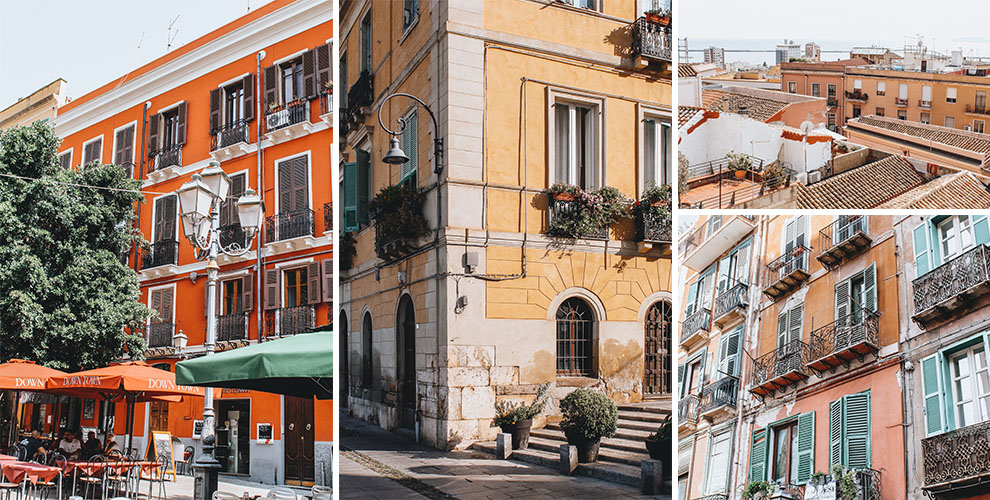 A long list of writers has fallen in love with this island before me – most famously, D.H. Lawrence compared Cagliari to “a white Jerusalem” in his Sea and Sardinia memoirs, describing the warm light on the limestone city in passionate detail. Equally passionate about his beloved Cagliari was our local guide Francesco, who was a fountain of knowledge and recommendations. We did as we were told, starting the day with breakfast overlooking the spectacular Bastione Saint Remy at the ever so slightly slanting Antico Caffe, lunch at the authentic trattoria Rimani which brings the outdoors in with striped awnings and olive trees, and dinner on a lively yet socially distanced side street with pizzas bigger than my sunhat. For my birthday breakfast, we treated ourselves to a table at Libarium, perched high above the city in the Old Town with almost panoramic views of Cagliari. 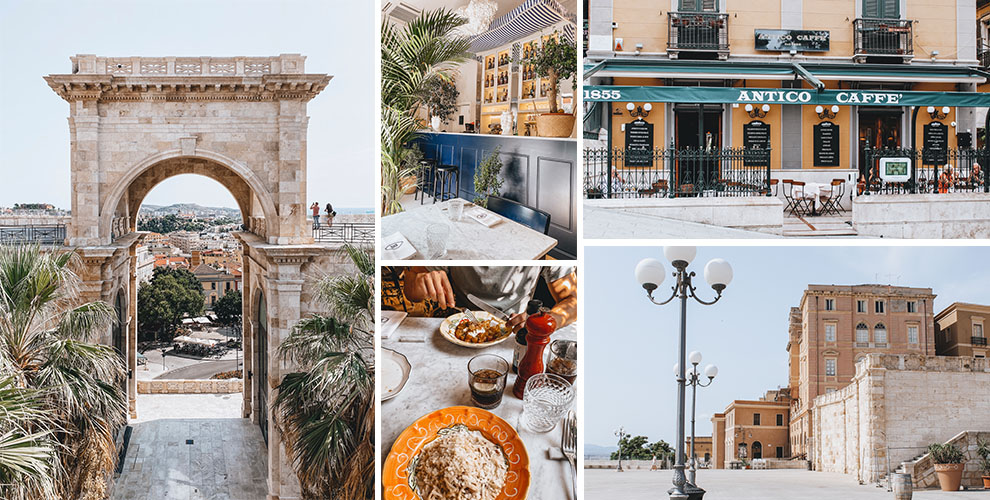 Hardly hearing another English word wherever we went, we had been sent to all the local favourites, where the common language seemed to be spoken through generous helpings of lovingly made dishes from generations-old recipes.

Languid, lazy days can be spent at Poetto beach, a 10 minute drive from the city centre, or an ambitious hour long walk if you’re in the mood to walk off the copious amounts of gelato you are guaranteed to consume on any visit to Italy. Dotted with rows upon rows of vibrant parasols, with regular pomodoro red bagnino boats stationed along the water’s edge, a walk along Poetto beach is as colourful as it is relaxing. A handful of beach bars set back from the sand are on hand for a light bite during the day, and begin to light up once the sun begins to sink over the cove. 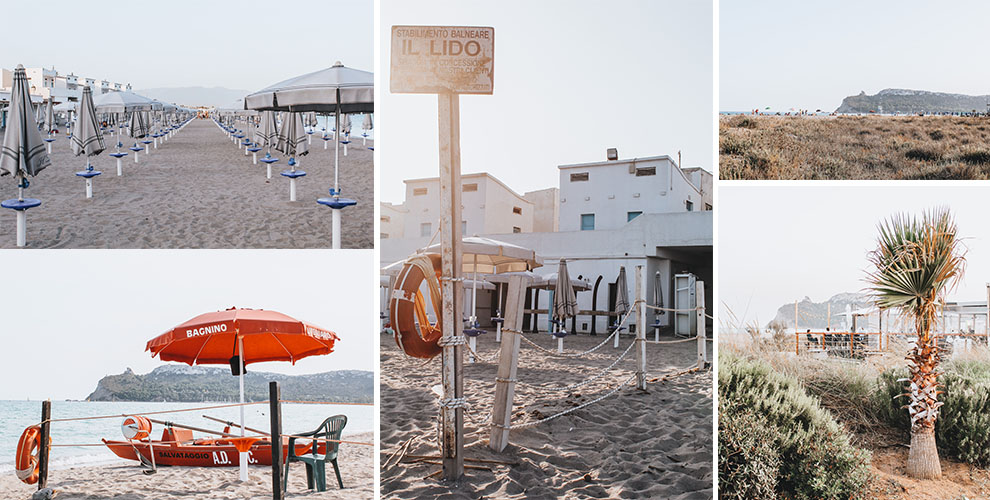 Just an hour’s drive from Cagliari, La Villa del Re is easily accessible yet feels incredibly secluded. Striking the perfect balance between an exclusive adults-only resort and a welcoming Sardinian home, the atmosphere is intimate and laid-back. Greeted by Raimondo, the hotel’s charismatic General Manager, we were shown around the affectionately named “villa” as if we had joined him on holiday. The 48 rooms are housed within terracotta orange walls, framed by palms and fragrant cacti – all except the converted 1950s boathouse, which is set apart from the main building on the sea front, and has been booked up until 2023 (for good reason). 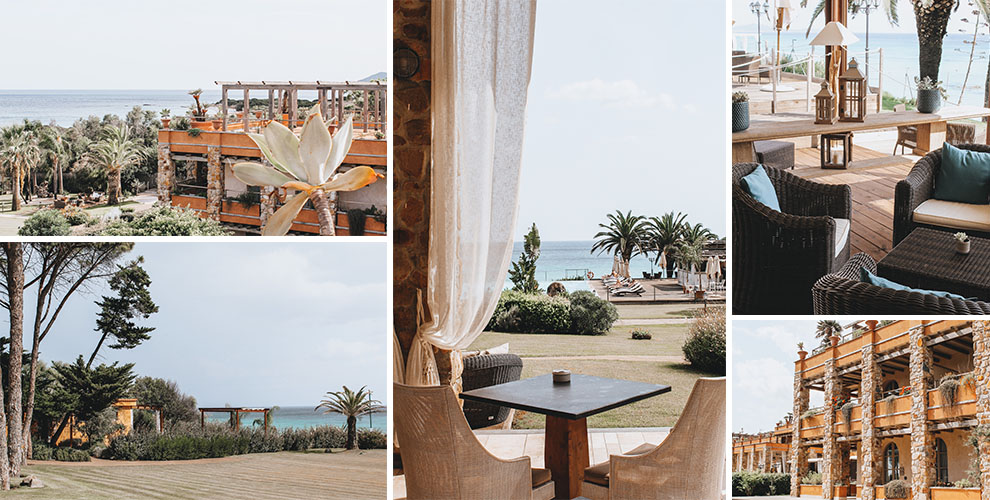 Cleverly constructed so that all pathways seem to lead towards the sea, and every view directed towards the water, the gateway to the resort’s private beach is the most breath-taking infinity pool, which seamlessly merges with the Mediterranean. The most difficult decision we had to make all day was between the beach and the infinity pool, so naturally we tried out both – set slightly above sea level, lounging by the pool comes with more of a breeze and a chic poolside bar; while the sheltered cove is more of an afternoon sun trap which leads to much-needed dips in the sea.

With plenty of private and predominantly open-air spaces to relax, La Villa del Re is perfectly set up for the challenging era of Covid-19. It’s possible to spend your entire day outside without consciously needing to keep your distance from other guests, thanks to the spacious resort grounds and series of alfresco seating areas which you can mostly enjoy barefoot. And with plans to add a restaurant and lounge area to the hotel’s rooftop, which boasts 360-degree views of the resort and its surrounding natural beauty, the team are admirably using this time as an opportunity to further develop and innovate. 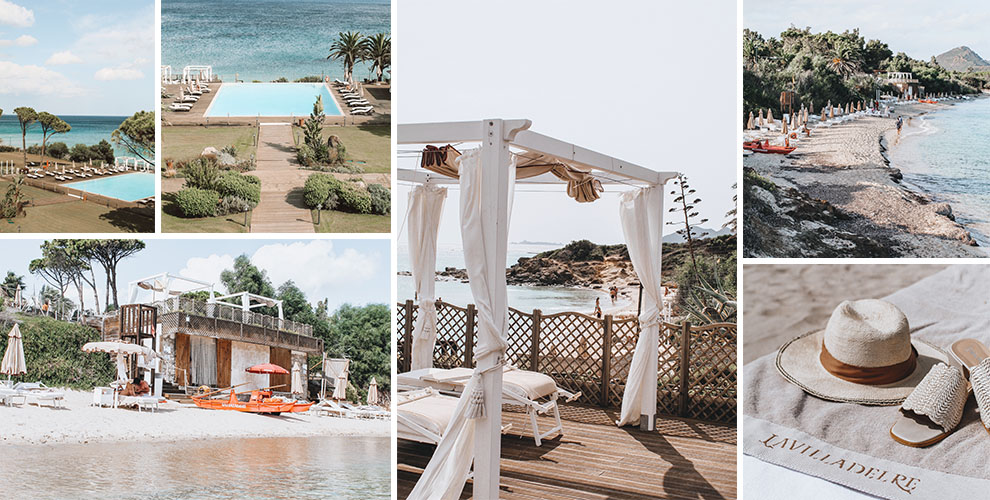 After devouring two delicious courses of freshly prepared pasta paired with Matteo’s choice of regional wine (I asked our delightful waiter to surprise me), I was presented with the most beautifully decorated chocolate birthday cake. Blowing out the candle, I was struggling to make a wish in my complete state of bliss, before a short burst of rain swept the rest of the guests inside. In typical British fashion, we refused to retreat and were rewarded with a rainbow which arched from one end of the infinity pool to the other.

Although ‘re’ in the hotel’s name derives from the Italian for ‘king,’ I could not help but think of this resort as my personal ray of sunshine – the most picturesque pot of gold at the end of my birthday rainbow. And golden it most certainly is, when l’ora d’oro (possibly my favourite Italian phrase) began to bathe the warm walls in the late afternoon light as we reluctantly bid farewell to the villa and its fabulous famiglia. 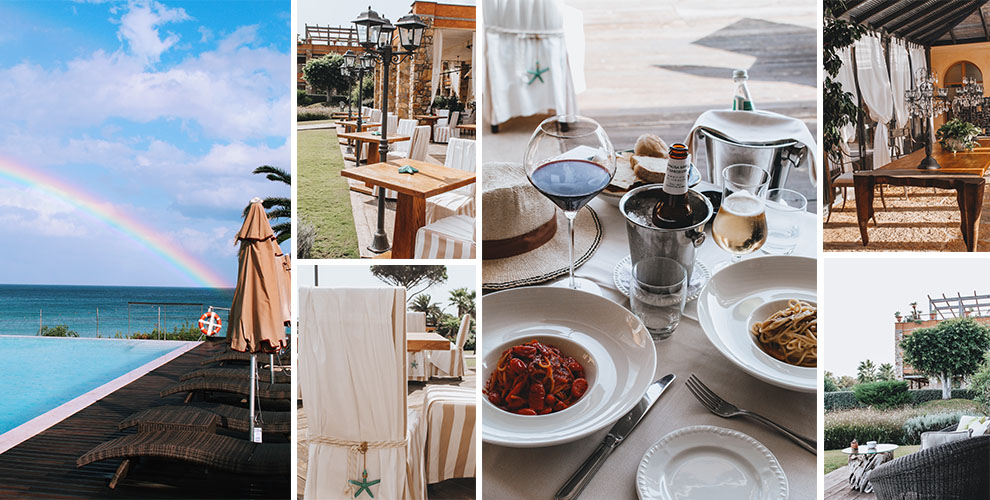 Words and photographs by Chloe Frost-Smith