Bergen’s proud 900-year-old history and Viking heritage can still be felt in the beautifully preserved wooden houses. Perched like colourful birds along the hillsides and around Bryggen wharf – the Medieval heart of the Hanseatic League’s vast trading empire. Today you’ll experience a buzzing, art-loving, gastronomic city. Where its small-town charm is only a walk away from forests, lush pastures and the best luxury hotels in Bergen.

As Oliver Opheim, author of the Bergen-set novel Mann går på bar (Going to the pub) once claimed: “Bergen manages to squeeze in a lot of diversity between its seven surrounding mountains”. It’s certainly home to impressive museums such as the KODE group. Start with KODE 1 – an imposing 1930s building that holds one of the largest collections of Scandinavian art and design.

The other KODE galleries focus on contemporary exhibitions devoted to Edvard Munch and European Modernists such as Klee, Picasso, Miró and the acclaimed Norwegian landscape painter, Nikoli Astrup. Little art lovers will be happy playing and experimenting in KunstLab, which is designed for children.

Down by the Byfjorden boat harbour is the Norwegian Fisheries Museum. Its four 18th century wharf side warehouses joined by covered bridges inspired the area’s nickname – The Venice of the North’. If the weather’s fine, you could rent a rowing boat or paddle kayaks in the nearby canals.

Classical music fans should go slightly further afield to Troldhaugen to visit the home of Bergen-born composer, Edvard Grieg. Built in the style of a Swiss wooden villa, his house is now a living museum with gardens, café and concert hall. Spend a few moments in the tiny Composer’s Hut where Grieg would hide away to create his masterpieces.

Getting out and about… 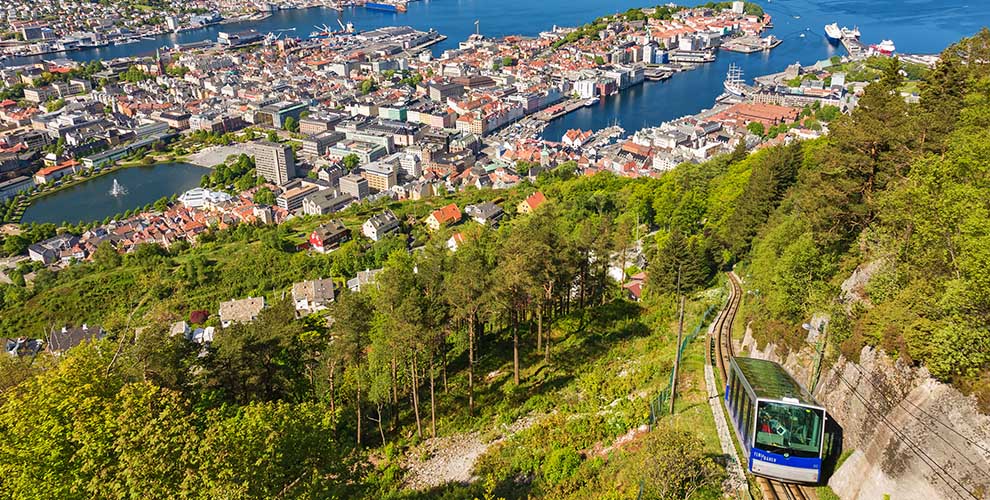 Sheltered by deep blue fjords and tucked away coves, this southwestern peninsula and its surrounding hills are wildly beautiful. For a panoramic view of the city below, along with all the fishing boats and passenger ferries, hop on-board the Fløibanen Funicular. Once you’ve reached the top of Fløyen Mountain, well-marked hiking tracks take you into the forests and countryside.

Winding your way through the city centre on foot is generally pretty easy. If you’re going further afield, pick up a Bergen card to hop on and off trains and buses across the region. A fun alternative is to join a Bergen Segway tour. This starts with a short training session, followed by a two-hour trip around the main sights and a spot of Segway mountain climbing.

It’s easy to appreciate why Bergen region has been designated a UNESCO City of Gastronomy. Forming the core of its cuisine is the abundant fresh seafood that since the 13th century has been sold in the world-famous fish market – Fisketorget. Traditional specialities include the fish soup and steamed cod persetorsk. Salmon, halibut, prawns and scallops are often eaten raw. And fried fish cakes wrapped in bread are tasty treats.

The goats and cows reared on the pure, natural pastures give wonderfully rich milk. Nothing tastes more quintessentially Norwegian than brown goat’s cheese, or gammalost (old cheese) that’s made according to a thousand-year-old recipe. Native wild sheep also produce particularly flavourful meat. Dishes to try include – fårikål (mutton stew), smalahove, made from a sheep’s head, and salt-cured lamb ribs known as pinnekjøtt.

It’s not just a new crop of talented chefs that have put Bergen on the foodies’ map – the celebrated Lysverket restaurant being a fine example of neo-fjordic’ cuisine. Since 1596, the city’s bakers have travelled to Germany and Denmark to hone their craft, creating delicacies such as skillingsbolle (cinnamon sugar bun) or Hvit Dame (White Lady) cake. 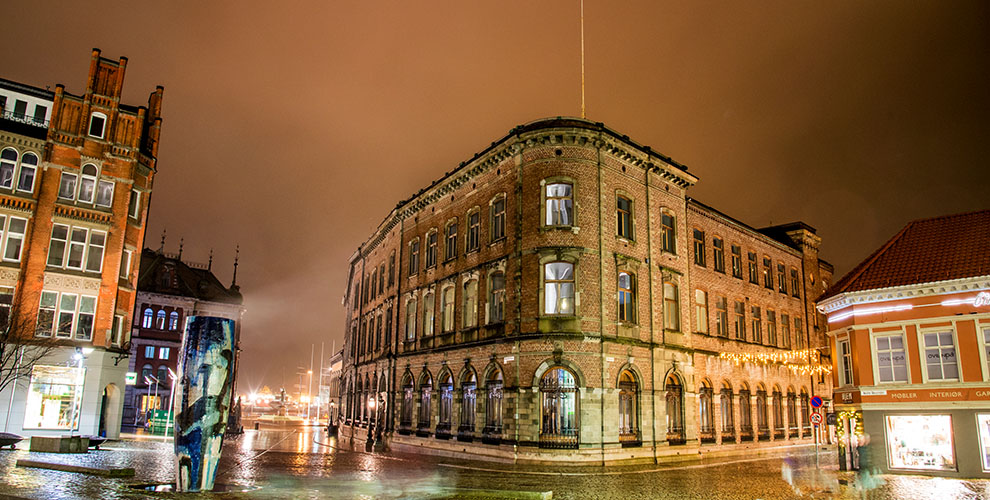 Harmoniously blending classic and contemporary style, Opus XVI hotel is owned by descendants of the remarkable Norwegian composer Edvard Grieg. From your elegant bedroom, enjoy peaceful views of Mount Fløyen or the quiet plaza of Vågsallmenningen.