Get closer to nature’s power

Known as ‘The City of Winds’ and ‘The Land of Fire’, Baku and Azerbaijan are destinations that celebrate and harness Earth’s power. This is a land where oil runs freely, the ground bubbles with energy and life moves at a dizzying pace. Explore it all from the Dinamo Hotel Baku, a luxury retreat in the heart of the city with a unique 1930s heritage, a spa, and stunning views of the Caspian Sea. 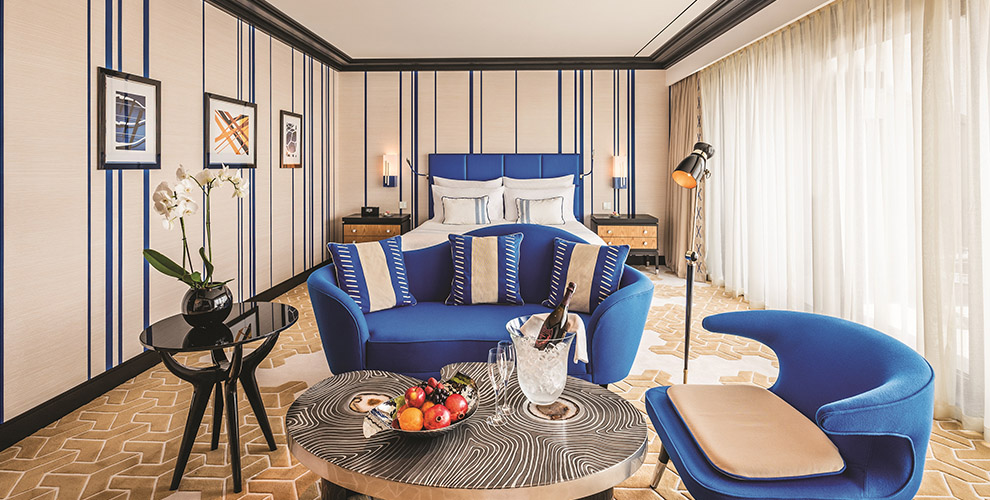 Make your way from bustling Baku into its awe-inspiring landscape and see for yourself why it has intrigued and inspired people for centuries. Just an hour from the city is the lunar-esque Gobustan, home to eerie mud volcanoes. Unlike their molten lava counterparts, these volcanoes are mostly small, cool and safe to approach. And when you’ve taken these in, this national park is famed for its petroglyphs – ancient drawings, chiselled onto exposed rock, which date back up to 40,000 years. 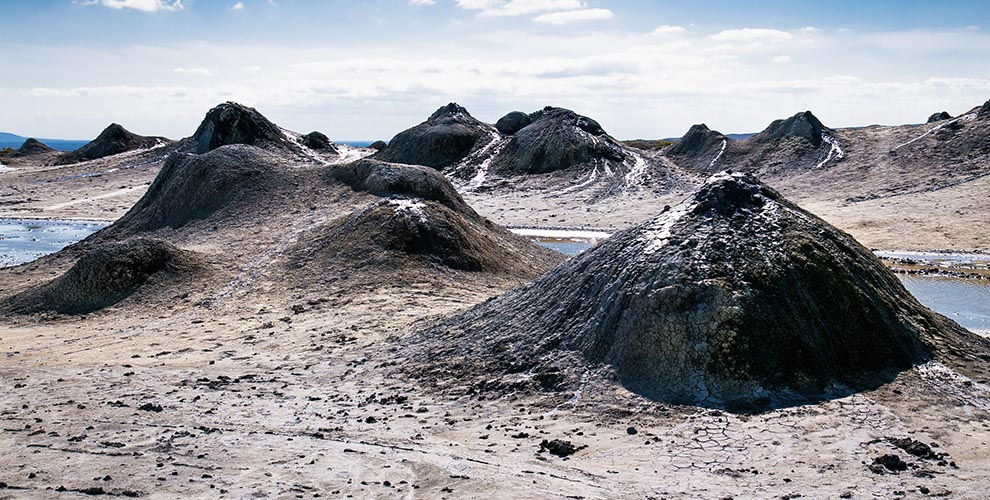 Add to the surrealism with a visit to the musical stone, Gaval Dash, and hear its hypnotic sound.

To find out why flames are Baku’s national symbol, head to Yanar Dag, a hillside reportedly (and accidentally) set on fire by a discarded cigarette in the 1950s. A sight particularly striking at night, it burns continuously due the natural gas seeping from the earth. You could even pay homage to the essential element yourself at Ateshgah’s famous fire temple. 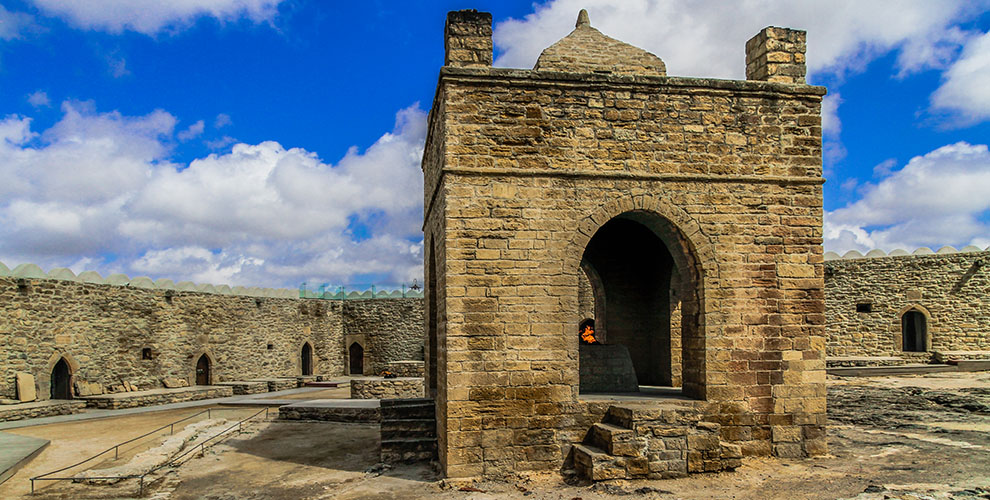 BAKU TO THE PAST

Because Baku has been the meeting-point between Europe and Asia for thousands of years – and once featured on the Great Silk Road – it’s rich in history. Don’t miss the UNESCO-listed Old City, tucked away behind a medieval wall, with its Maiden’s Tower and sandstone Palace of the Shirvanshahs. Not only does this part of town give you an insight into Baku’s multi-layered past – its views give you a taste of the city’s architectural contrasts, with the futuristic Flame Towers rising in the distance. If you’ve got a weakness for history on a smaller scale, drop into the Museum of Miniature Books. Then poke your head into the tiny ancient coin museum nearby, housed in a 14th-century mosque. 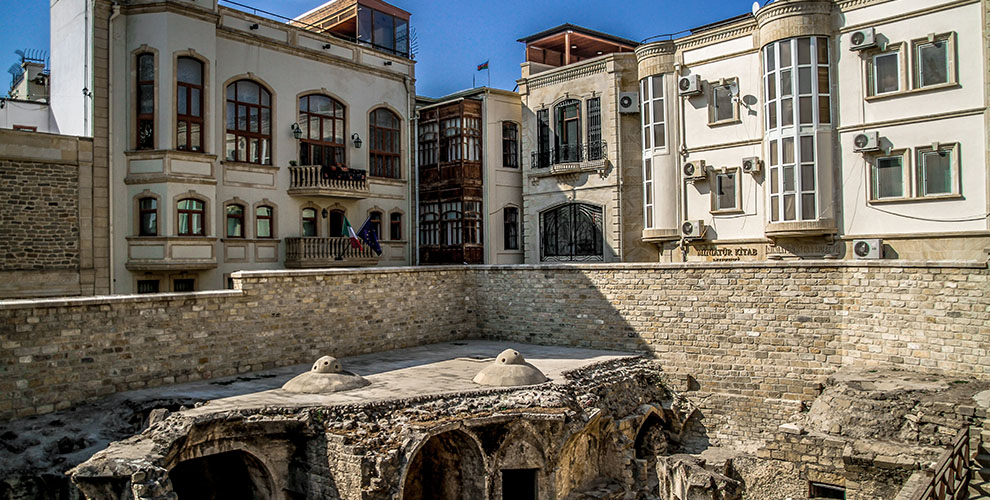 While Baku certainly has its fair share of drama, there are plenty of ways to see a more casual side to the city. The tree-lined Fountains Square is ideal for balmy evening strolls and dropping into cafés for a lamb kebab, kutabi (savoury pancakes) or tea with a hint of rosewater. When night begins to fall, make your way to the Bulvar waterfront, where you can see the city’s sleek skyscrapers light up in all their glory.

There are plenty of striking contemporary buildings to admire, too. The late (and celebrated) Zaha Hadid designed the curvaceous Heydar Aliyev Centre. The innovative Carpet Museum, which resembles a giant rolled-up rug, is worth seeing from the outside even if you don’t have time to admire its world-class collection. Next door to the Carpet Museum is Baku’s Little Venice, a series of turquoise waterways. Hire a gondola and float past the city’s restaurants, shops and parks in serene style. And when it’s time to rest sightseeing-weary legs, return to the elegance of Dinamo Hotel. Its Art Deco Relay Bar is perfect for a cocktail on the terrace. And its intimate spa offers organic Esse skincare treatments in a truly intimate setting – the ideal place to connect once again with nature’s power. 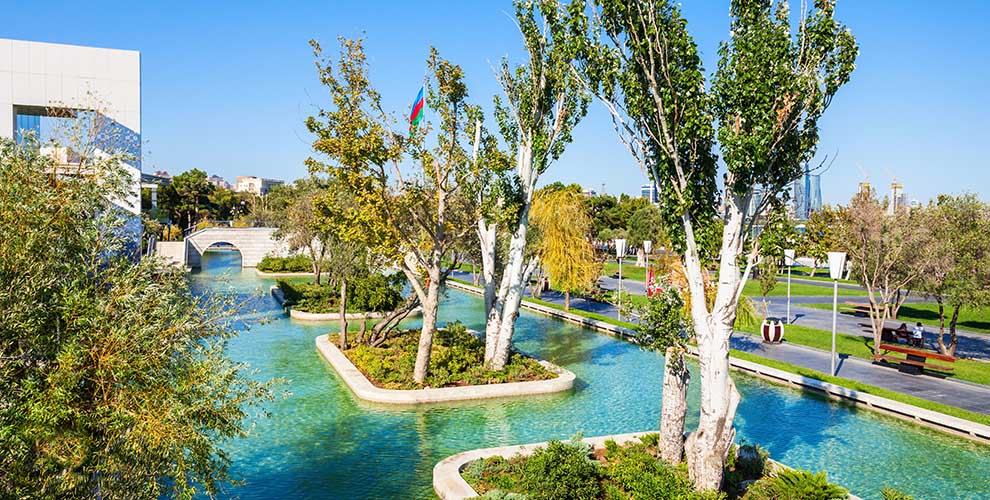