A day-to-night guide to Madrid

Beyond sangria and sightseeing

Madrid’s becoming a strong contender for the city that never sleeps. Yes, you can chill out in laid-back plazas and linger over tapas. But this is a capital made for those with energy to burn. Whether you go indoor skiing, muscle through outdoor markets or dance until dawn in a nightclub that’s bigger than some English villages, here are some of the liveliest spots.

If you’re visiting with a group (or you and your partner have different tastes), avoid deliberations about what and where to eat with market dining. Instead of stalls piled with produce and people calling out their wares, the mercados in Madrid host gastronomic gems, chef-led workshops and daily cooking demos.

Take Mercado de San Ildefonso. You all pitch up in the market centre on a long, communal bench. Then, while one of you dashes off to order steaming croquettes from one outlet, another could be knocking back cool Galician oysters. In Platea, you’ll have your pick of Basque pintxos, plates of squid and platters of sushi, and macarons to rival Parisian patisserie. There are even chic bars for late-night stop-offs.

While many visitors pound Madrid’s sightseeing trail, thrill-seekers look elsewhere to get pulses racing. After all, there aren’t many places you can go skydiving or skiing in the middle of a major city.

Indoor wind tunnels let you experience freefalling without going near an aeroplane – or venturing far from the best Madrid hotels. Visit the drop zones at Madrid Fly or Windobona for an adrenaline-raising fall, whether you’re a junior jumper or parachute pro.

Closer to the ground, Madrid SnowZone lets you ski in mid-summer. There’s everything from beginner slopes to black runs – and even toboggans. Or, you can combine sightseeing with sports on a running tour. It’s easy to get to Casa de Campo – and back to nature – in just minutes from the centre. If you plan to stick to a city-based route, brace yourself for the hills.

Madrid has its share of department stores and international brands, but quirky shops still stand the test of time here. Seseña, for example, has sold capes (and capes alone) since the turn of the century.

By contrast, you never know what you’ll find at El Rastro. What was once a cattle market has become the capital’s largest open-air flea market, with thousands of stalls clustered through old streets and plazas each Sunday. Just have your wits about you – it draws pickpockets as well as shoppers. 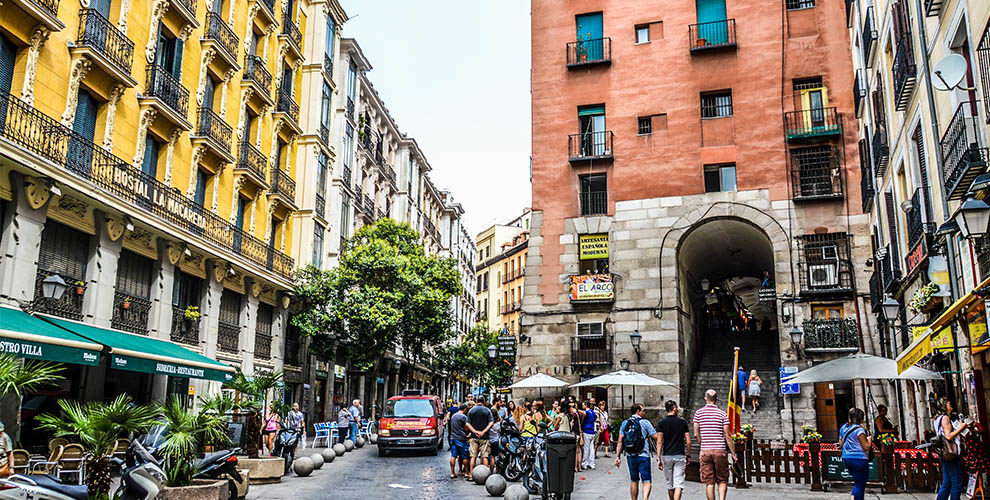 Of all the gin joints…

Sangria is old news. In Madrid, gin bars are making headlines. At the heart of this movement is Ginclub, part of Mercado de la Reina on always buzzing Gran Vía – making it an ideal dinner and drinks destination. Low lit and luxurious, the granite bar displays a dazzling selection of botanicals. Slightly further north in Justica, La Pasa Bar treats the G&T with similar reverence and is open until the early hours.

For day to night drinks, climb aboard The Passenger in Malasaña. All dark wood, leather and brass, it’s styled after a classic train carriage – with window-shaped screens that mimic trundling through the countryside. By day, baristas serve hipster-friendly coffee. At night, caffeine gives way to craft beers and cocktails, including plenty of gin-based creations.

Madrid has embraced the secret bar’ trend too. Kikekeller draws in the in-crowd out at night to its quirky furniture store, art gallery and bar hybrid. Instead of people watching, you won’t be able to take your eyes off the eclectic, ever-changing décor.

Forget late-night kebabs. In Madrid, well-heeled partygoers eat churros in the early hours. Chocolateria San Ginés has been a central city stalwart since 1894, and is now open 24/7 for a round-the-clock chocolate churro fix. It’s also conveniently close to Joy Eslava, one of Madrid’s most glamorous mega-clubs. 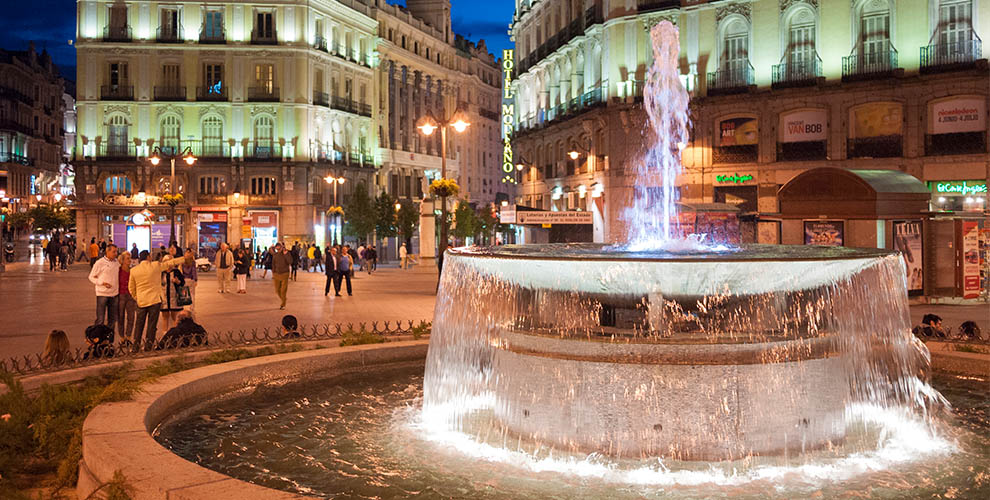 The best hotels in Madrid

The Principal puts you at one end of lively Gran Vía, while Urso Hotel & Spa  is slightly north in Justica. Or, you could stay in sophisticated Salamanca at Hotel Unico or Tótem Madrid.