15 fairytale castles you can actually stay in

There is something enduringly alluring about castles – the history, the grandeur, the drama. Dragons and knights, princes and princesses, our childhood fantasies have been fed by castles thanks to countless storybooks and the cinema. Whether you’re looking for a Halloween hideaway or a romantic retreat, you’ll be part of a rich story that reaches back over hundreds of years when staying at one of these historic hotels. 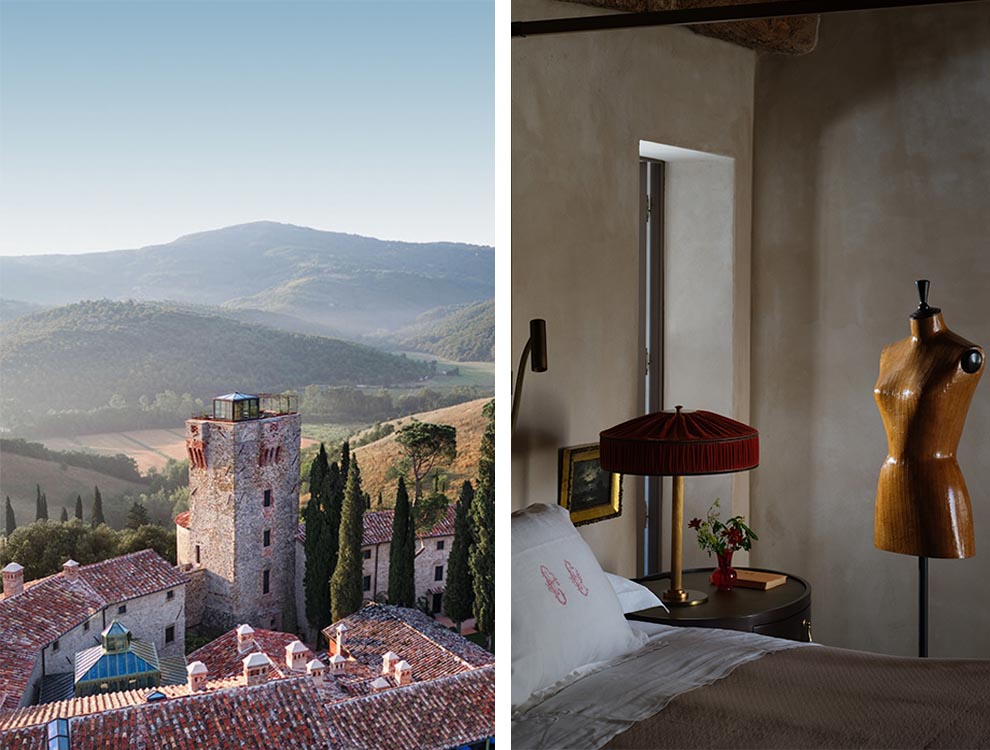 The highest room, in the tallest tower…if this sounds like something from a fairytale, this rustic-meets-romantic fantasy is even better in reality. The Tower Suite at Castello di Reschio, a meticulously restored thousand-year-old castle on the Umbrian-Tuscan border, is a sumptuous two-bedroom suite spread over five floors with its own spectacular terrace. Soak up the panoramic views of rolling hills dotted with Andalusian horses and cypress trees from the tower-top roof garden, which comes with its own day beds and open-air tub. The Castello’s largest suite has been kitted out with custom-crafted furniture by ‘B.B. for Reschio’, including a fabulous four-poster bed, artisan dressing table and bar. The castle itself dates back to 1050, with an epic timeline filled with aristocratic family drama – the Archbishop of Todi’s coat of arms from 1610 still hangs above the entrance, to give you some idea. 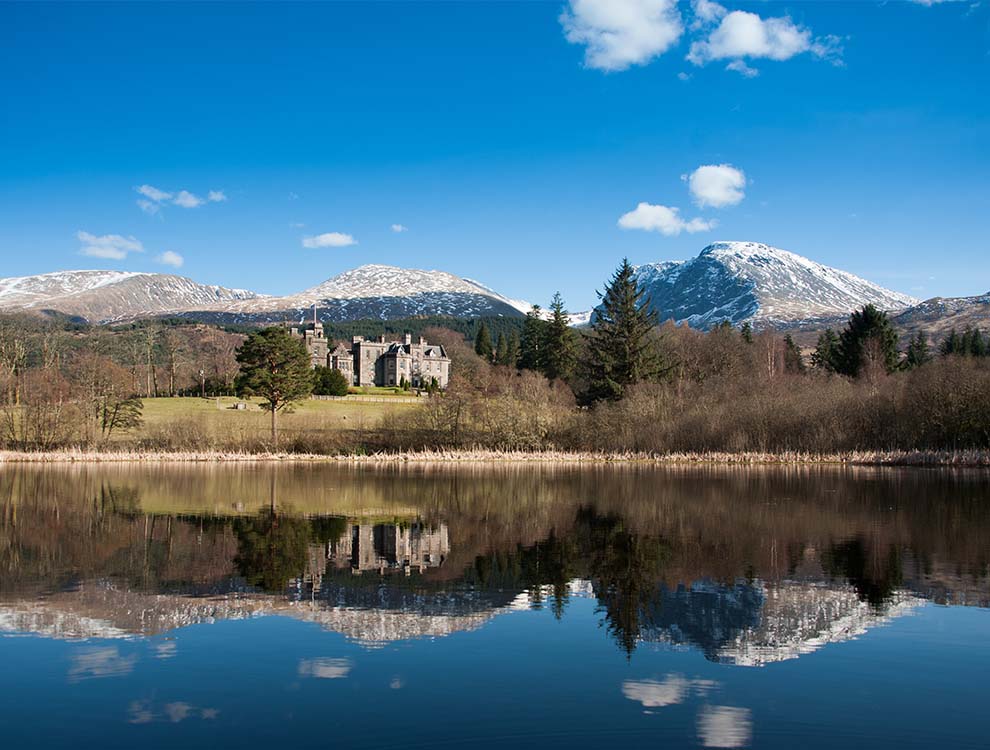 From the dovegrey stone walls and romantic turrets, through to the sumptuously furnished rooms, Inverlochy Castle is a masterpiece of 19th century baronial splendour. Set to a backdrop of Ben Nevis, enchanting secret gardens, lush woodland, and a tranquil private loch, Inverlochy is straight from a Scottish fairytale – and has hosted its fair share of royal guests. During a trip to Balmoral in 1873, Queen Victoria spent a week at Inverlochy sketching and painting where she wrote in her diaries, “I never saw a lovelier or more romantic spot”. If you can tear yourself away from the palatial comforts, the Nevis Range is right on the doorstep for an array of back-to-nature activities. 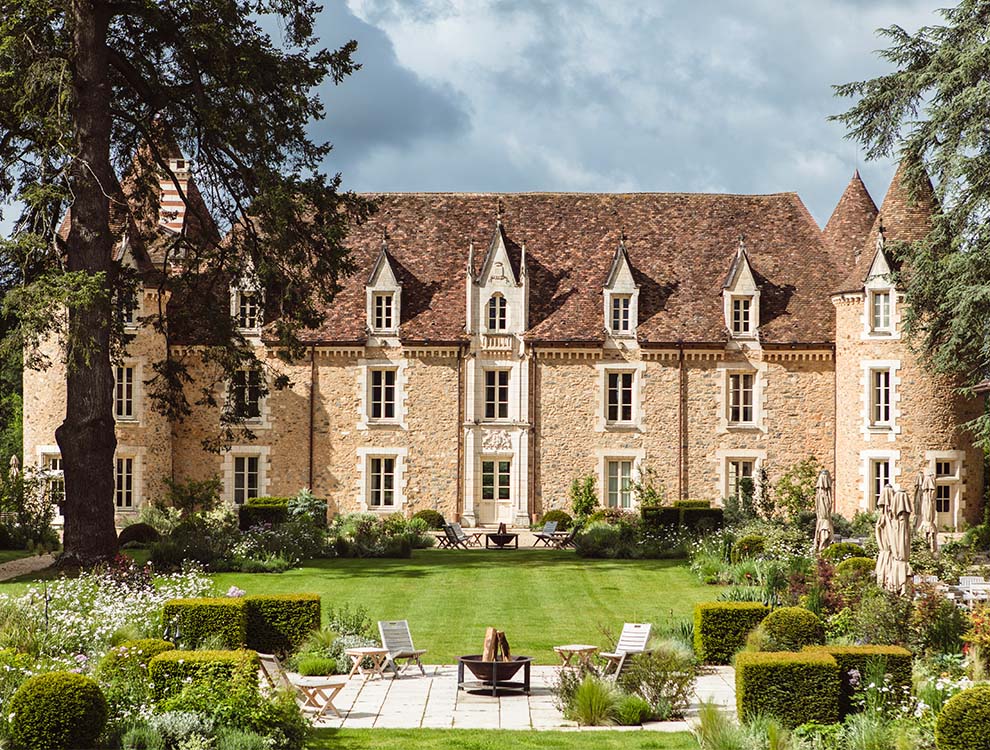 Journey back to the golden age of romance in Domaine des Etangs – a meticulously restored country retreat. With its elegant turrets, sweeping grounds and magical setting between forest and lake, it’s a château fit for royalty. Outdoors, you’ll find yourself in a storybook landscape of waterways and woodland. As you stroll, look out for wildlife – from herons and otters to deer and Limousin cows. Inside, the real jewel in the crown is the collection of exclusive bedrooms. Set within individual buildings dotted around the grounds, they are rich in period features. 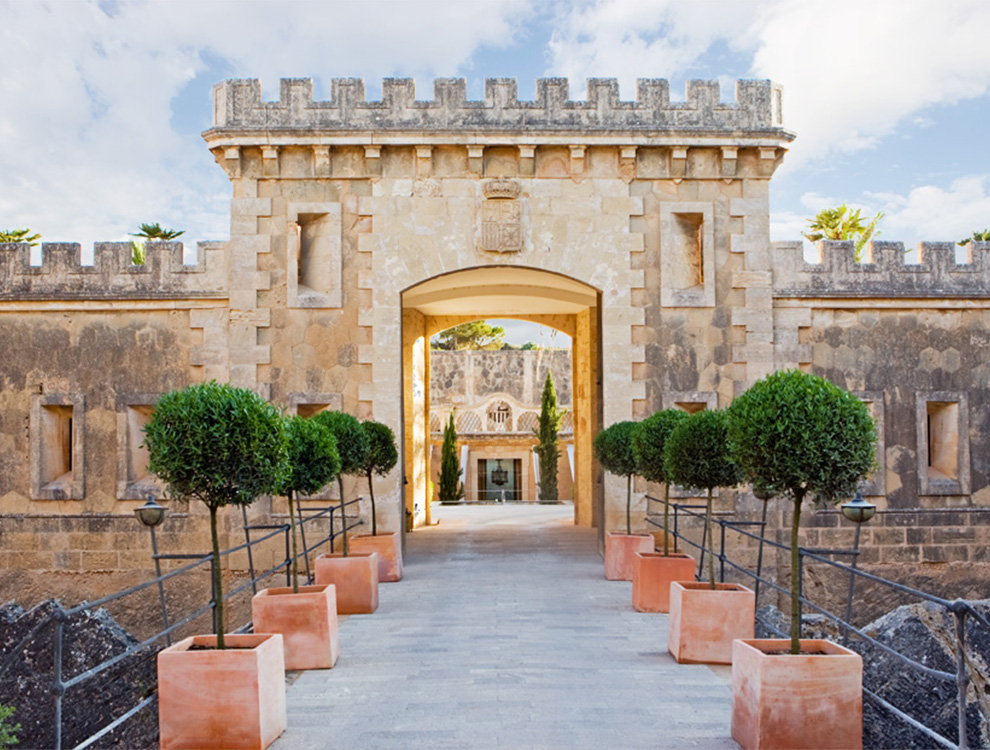 Set in 88 acres and stretching along the coastline for two kilometres, Cap Rocat is a beautifully restored 19th century fortress which was originally built to defend the Bay of Palma. Wonderfully secluded with a drawbridge, bunkers and suites in former shooting buttresses, the atmosphere is both historic and romantic. Decorated with a clever blend of contemporary and classic furnishings, suites have their own private patio with beautiful sea views. The light-filled spa has been dug in the depths of the rock, the most protected place in the fortress 12 metres underground. 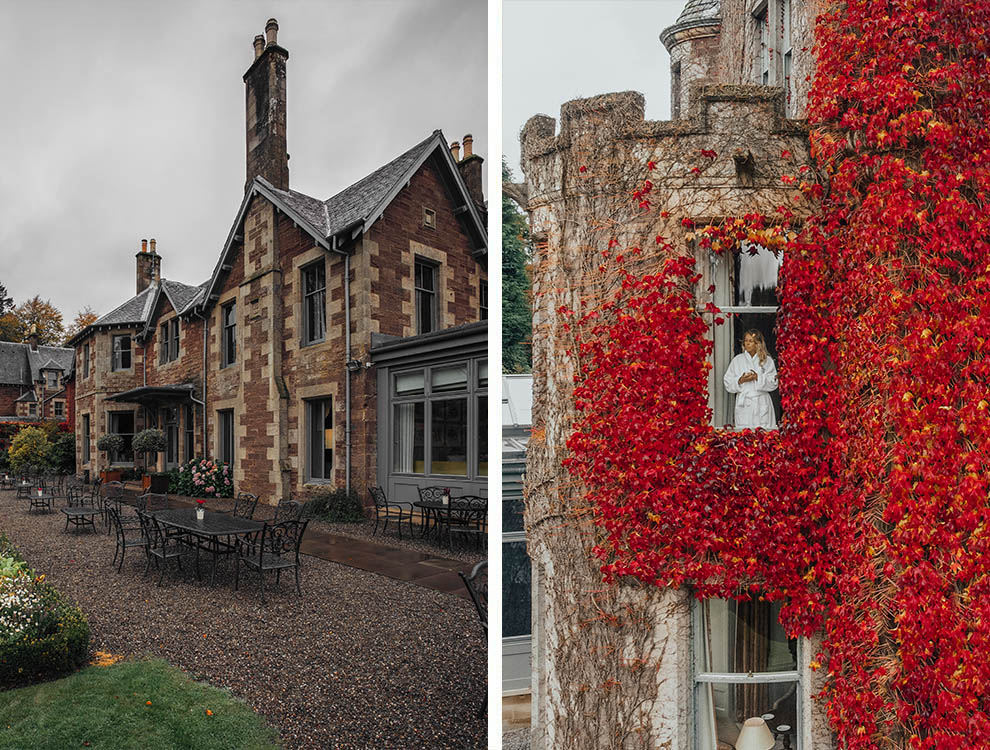 In a lovely setting surrounded by 34 acres of woodland and gardens in the rolling hills of the Perthshire countryside, Cromlix was recently refurbished to give each one of the ten bedrooms and five spacious suites an individual design in keeping with the hotel’s Victorian heritage. Named after great Scots from the past and present, the rooms are havens of peace and tranquillity and have superb country views. Nearby, discover Stirling Castle where Mary Queen of Scots was crowned in 1542 or head to the Trossachs National Park, rich in wildlife, arts and culture. 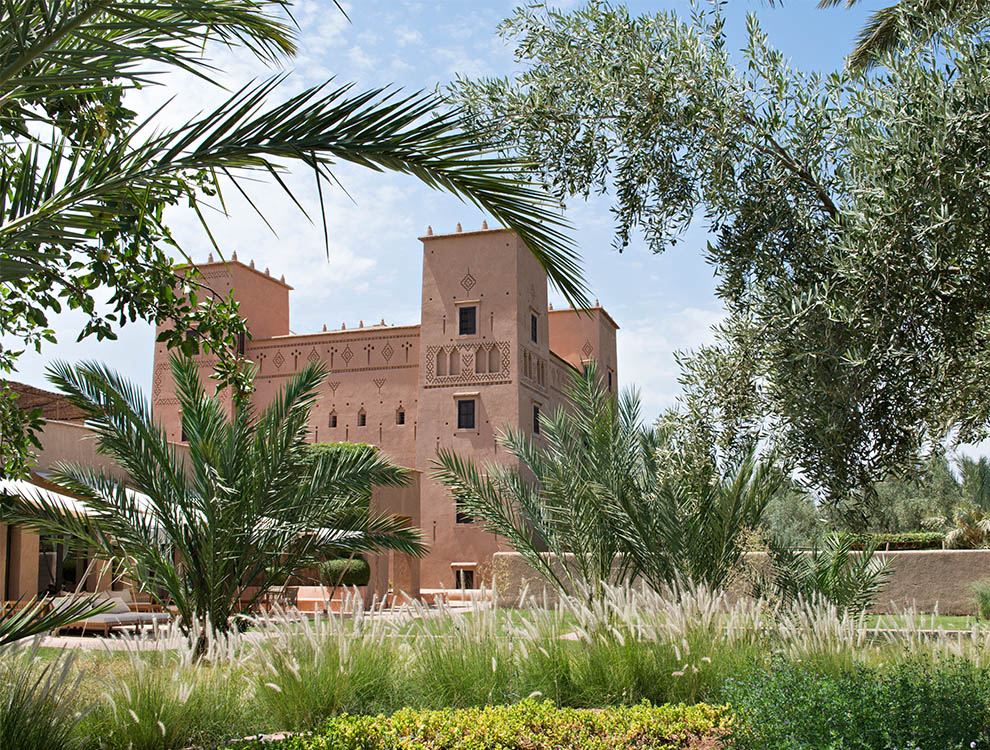 On the fringes of the Moroccan desert, shaded by the palms, lies Dar Ahlam – a traditional kasbah, or Moroccan fortress, housed within terracotta coloured stone. A stillness reigns over the 19th-century walls, dappled by the golden glow of the Saharan sunshine. Without the distractions of television and technology, you can really unwind in a haven of manicured lawns and fragrant almond blossom. If you’re feeling adventurous, you can spend seven days travelling the road from Marrakech, following the oases of southern Morocco and sleeping beneath the stars. An imposing turn-of-the-century château that stands out against the skyline with its fairy-tale turrets and spires, Grand Barrail Château Hotel & Spa is set in secluded and tranquil grounds in the midst of the vineyards of Saint-Emilion. Some of the château’s most majestic rooms are reserved for the restaurant that has three separate dining areas. Choose between the Baroque magnificence of Salon Mauresque with its stained-glass windows, red marble pillars, gilding and oriental-style paintings; the more intimate Salle Ronde with its elegant chandeliers or the terrace overlooking the gardens. 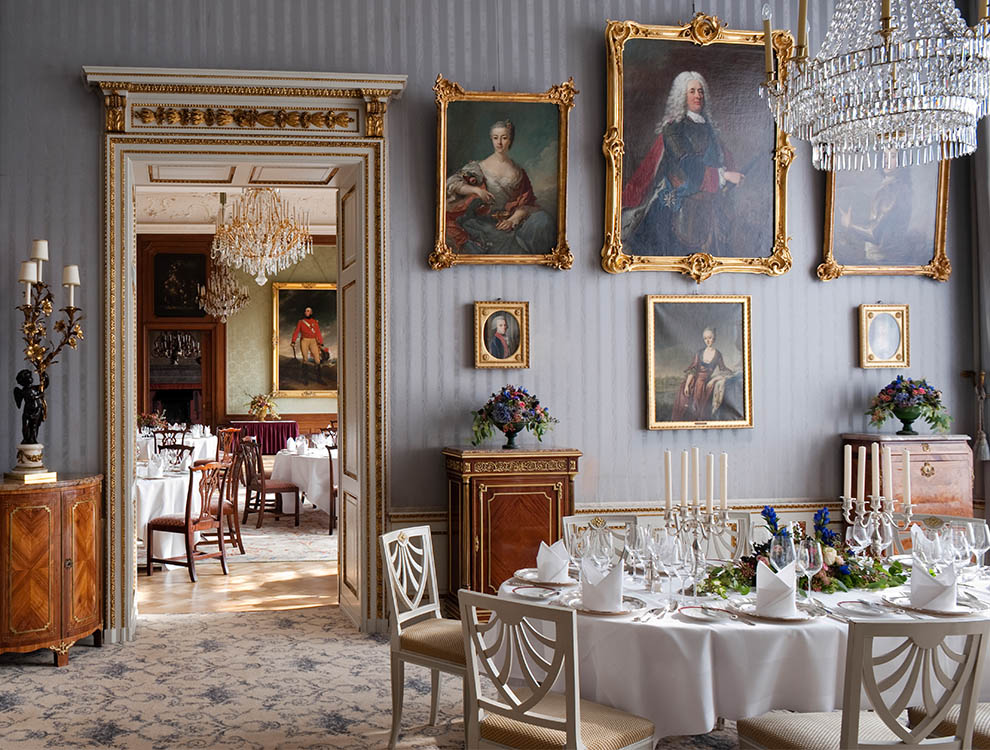 A fairytale castle laden with history, Schlosshotel Kronberg was built in 1893 as the summer residence of Empress Victoria Friedrich, the eldest daughter of Queen Victoria. Today, guests stay here surrounded by many of the empress’ original antiques and paintings, including works by Rubens, Titian and Gainsborough, kept under the watchful eye of the Empress’ great-grandson and real life prince, Donatus Landgrave of Hesse. The impressive collection from the private estate of the mother of the last Kaiser conveys the authentic ambience of a castle from imperial times. 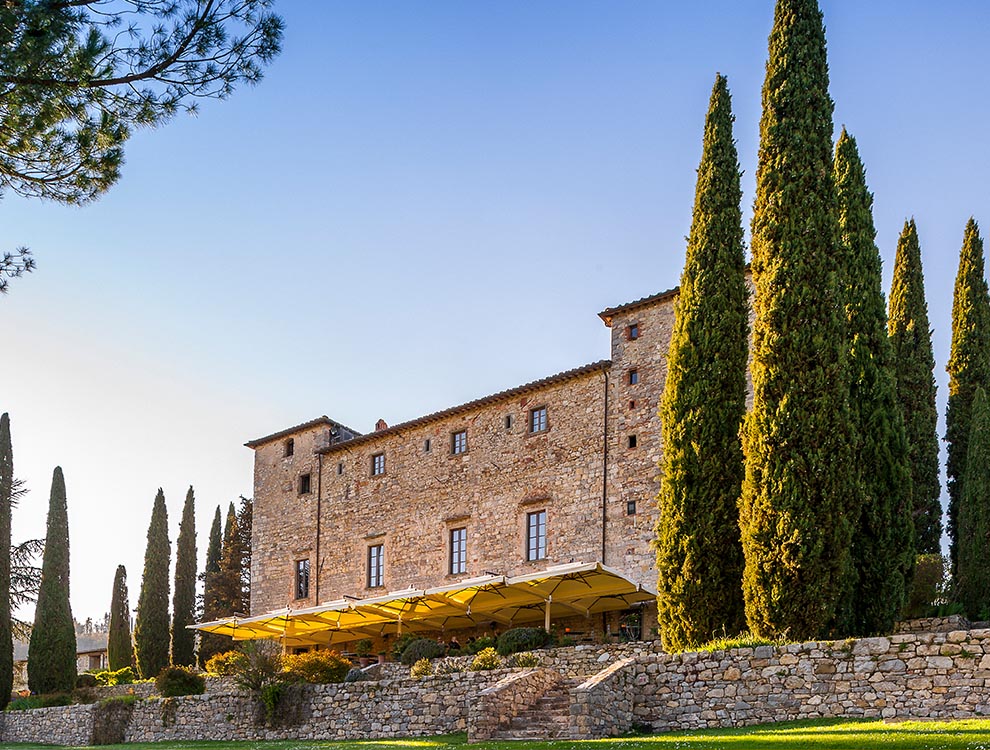 Tucked within the Tuscan hills, Castello di Spaltenna has all the hallmarks of a storybook castle. From four-poster beds to winding olive groves, you’re surrounded by character inside and out. Far-reaching views over Sangiovese vineyards create an uplifting and utterly relaxing setting – this is a place for history, wine and the romance of the countryside. A short walk from the hotel brings you to the idyllic town of Gaiole in Chianti – home to wine, cultural events and castles. 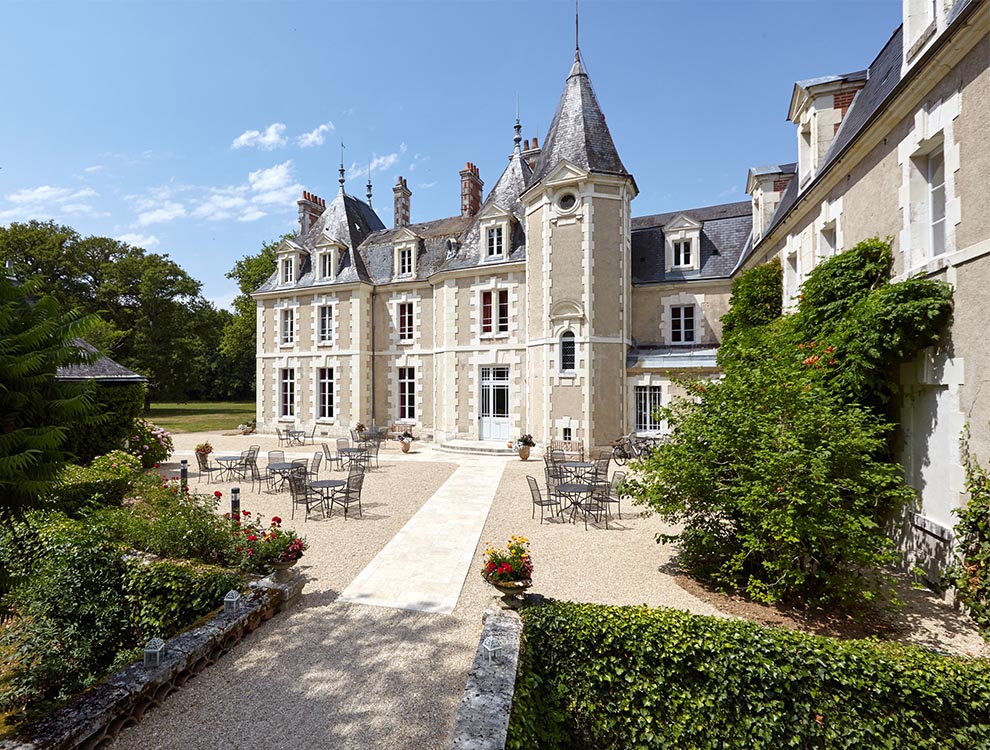 Tucked away in its own private estate, Les Sources de Cheverny is the quintessential French château standing amidst an ancient forest, a small hamlet of elegant cabins, a lake fringed by gorse and traditional stone houses. Exuding 18th century elegance, this striking hotel balances bygone grandeur with a homely charm. Beyond the twists and turrets of the building, beautiful lawns and gardens are waiting to be explored. And further still, the hotel’s vineyards stretch to the horizon, boughs laden with fruit soaking in the afternoon sun. 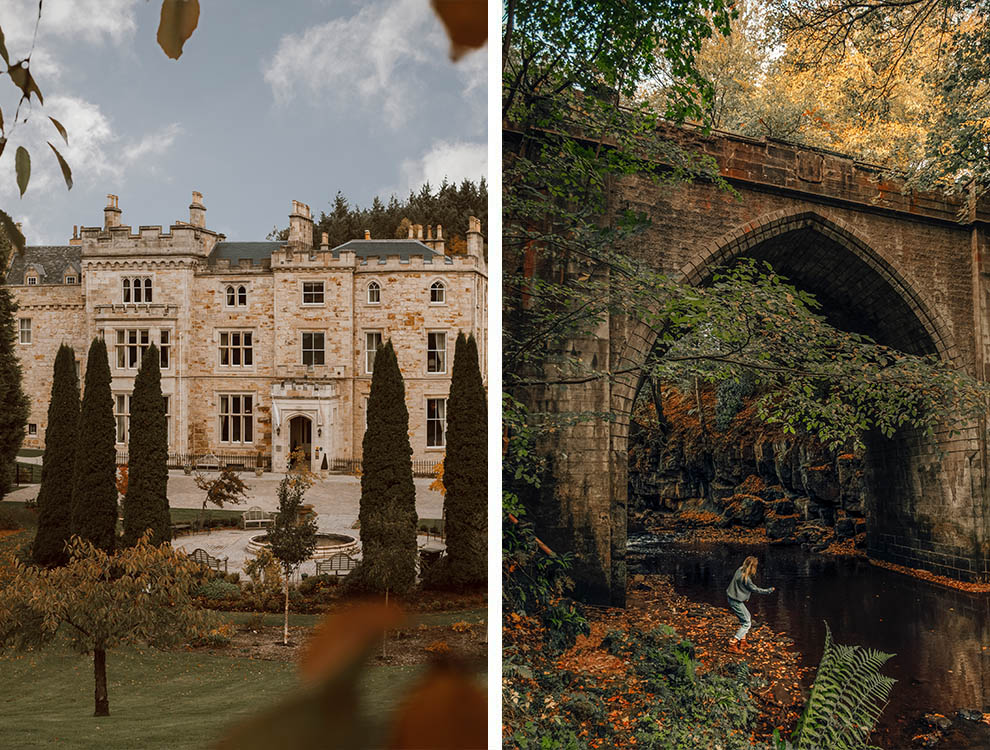 There’s a story behind every staircase and soaring turret of Crossbasket Castle. You could be hanging your clothes in the Duke of Cambridge’s wardrobe one minute, then gazing at the grounds that once belonged to Charles Macintosh. From its 15th-century Robert the Bruce roots to coveted contemporary status, Crossbasket Castle is a landmark Scottish retreat. High Blantyre also puts historical relics and some of Scotland’s most dramatic scenery at your feet. 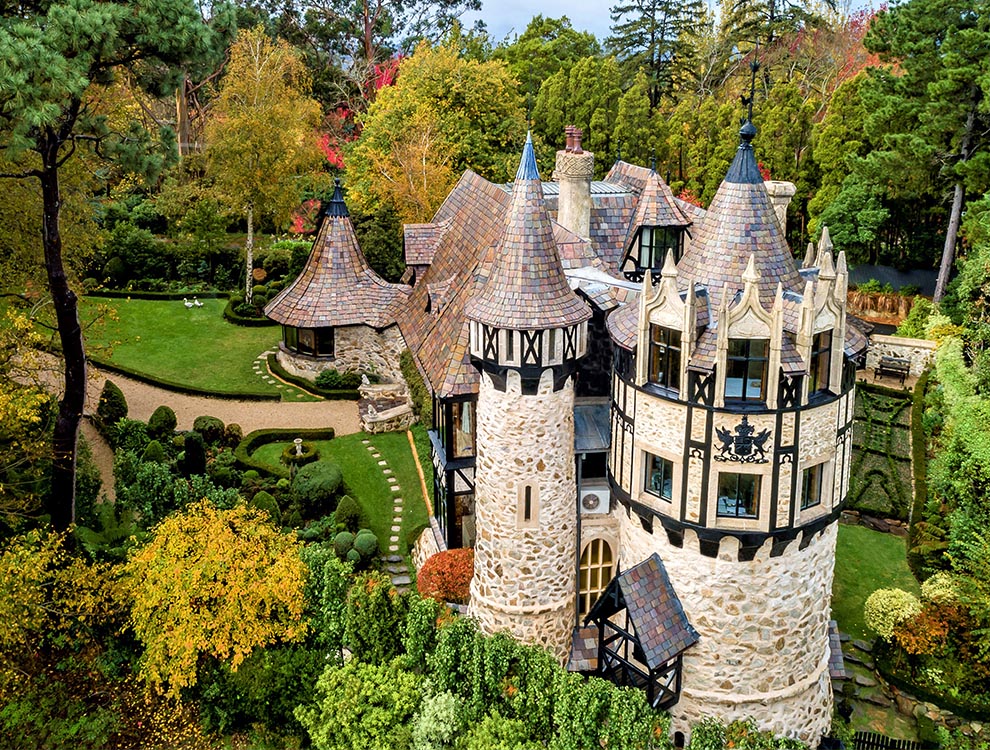 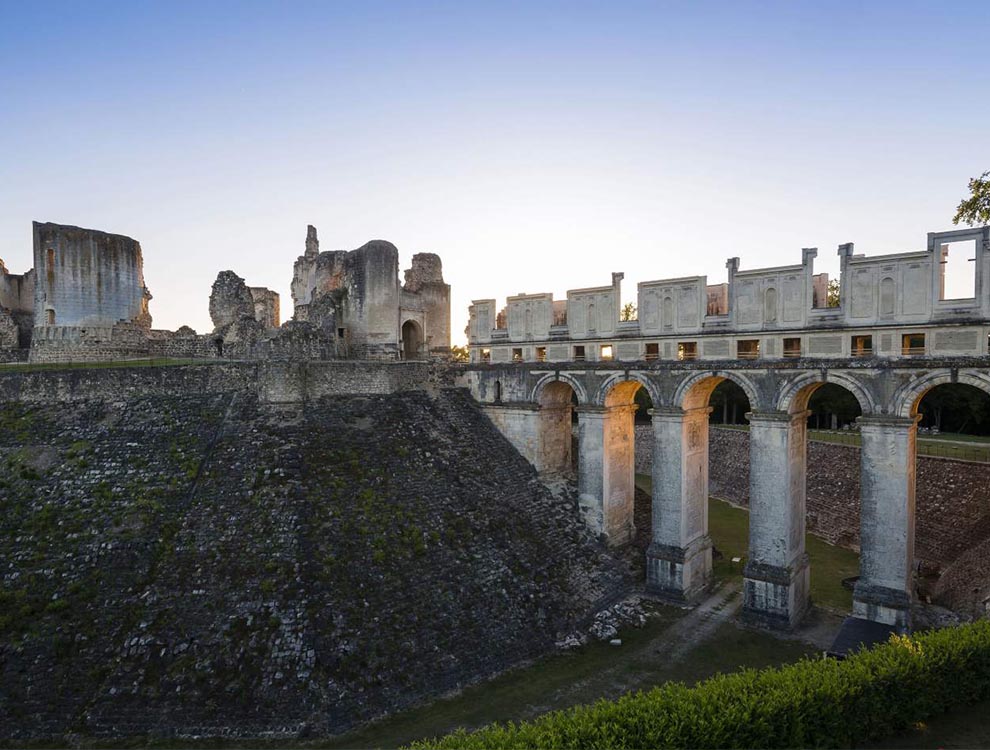 Château de Fère Hôtel & Spa sits adjacent to the evocative ruins of a 13th century fortified castle that fell into ruins in the 17th century. Formerly a wing of the old castle, the chateau was restored in 1863 and nestles amidst woodland and manicured lawns with an ancient bridge that spans the moat. With many of the rooms of Château de Fère overlooking the gardens or ruins of the medieval castle, the atmosphere here is incredibly romantic. Rooms are tastefully decorated with works of art and antique furniture in the spacious suites, celebrating many of the original features including parquet floors, exposed beams and old stones. Nestled on the banks of Lake Geneva with magnificent views across the water towards the Vaudois Alps in the distance, Château d’Ouchy is a striking neo-gothic castle reconstructed in the late 1800s into a hotel. In 1177, Bishop Landri de Durnes built a tower on Lake Geneva, and a century later, the building was transformed and fortifications added to offer safe housing for the bishops of Lausanne. After the Middle Ages, the castle became the property of the Bernese bailiffs, then of the State of Vaud. Though the tower is the only truly historical remnant of the castle, the château walls still hold countless riveting stories. Step through the 400-year-old castle doors of Château Eza and straight into the pages of a fairytale. Perched high among the ancient cliff tops of Èze, the views from this historic hideaway are truly second to none. Affectionately known until the seventies as ‘The Prince of Sweden’s Castle’, the antique-filled interiors with four-poster beds and period fireplaces nod to the property’s aristocratic heritage, while the glass-edged restaurant opening onto a panoramic terrace gives guests a taste of the modern day Mediterranean.